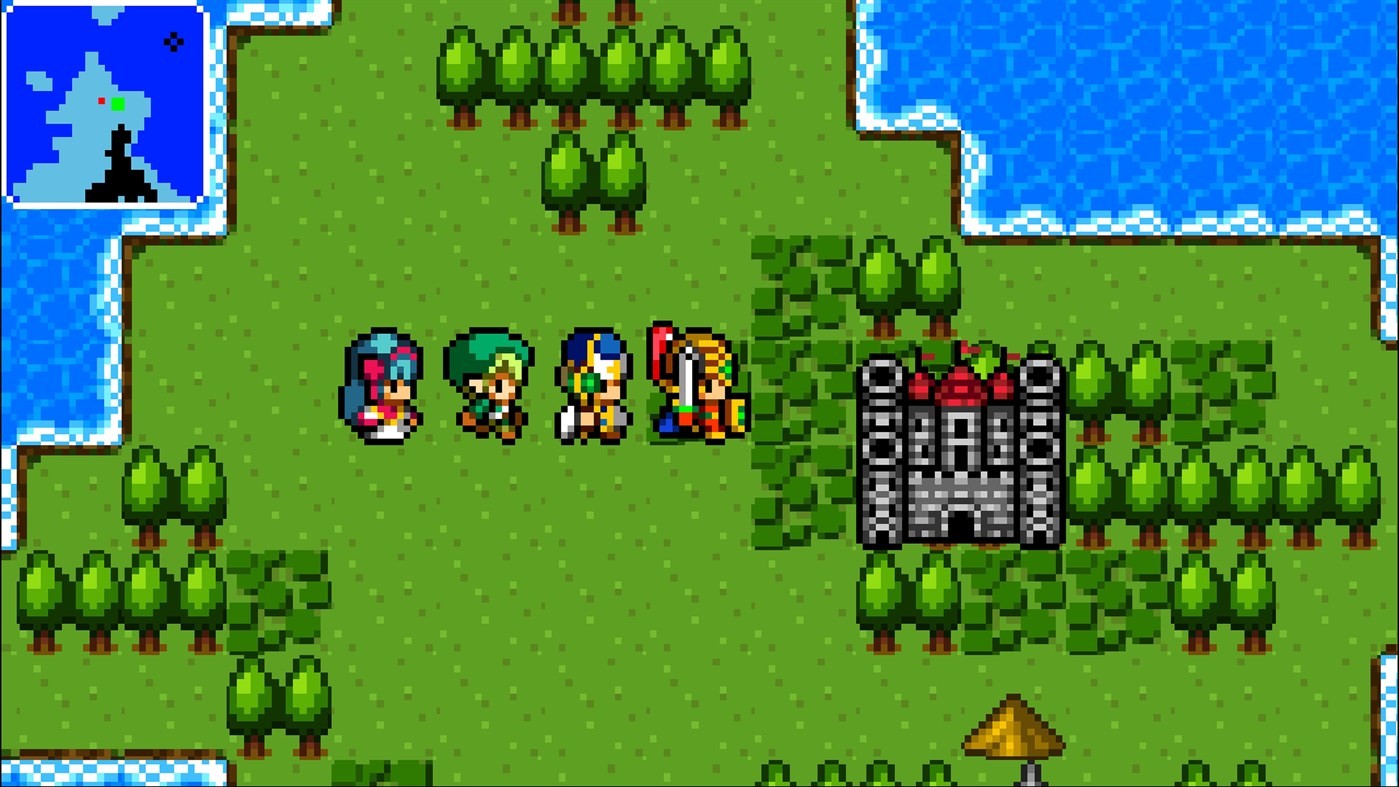 From the title alone, you can probably guess Dragon Sinker is heavily inspired by the famous Dragon Quest series. Despite being released on modern consoles and Steam, Dragon Sinker goes for a nostalgic NES JRPG look. So how does Dragon Sinker compare against the classic JRPG it puts itself next to?

Dragon Sinker revolves around Abram, Prince of the human Royal Family, who decides to slay the dragon Wyrmvarg to end the sacrificial ceremonies humans have relied on to stay safe for centuries. However, it doesn’t go to plan and Prince Abram barely manages to escape and return home. Once recovered, the King discloses to Abram the family secret about the legendary weapons which can slay the dragon, used once before by an elite group of humans, elves and dwarfs long ago. Getting them won’t be easy as the location of these weapons is unknown but, nonetheless, Prince Abram ventures out across the land to find them. Not only that, reunite the three races as allies with the common goal of slaying Wyrmvarg.

Due to how closely it places itself by nature to Dragon Quest, my own bias going into this created an expectation for a bland and cliché knockoff story but happily I was proven wrong. An interesting plot brought together with vibrant and full of life characters knocked away any prejudices of Dragon Sinker I had going in. Sure some cliché things happen, however the interesting premises of side-quests and the characters themselves avoid it becoming bland. The player also has control over Prince Abram’s responses, in true JRPG fashion, allowing some influence over some interactions. A nice feature is the sillier options leading to even funnier pieces of dialogue from unexpected characters at times. It is a bit of a shame that visually this isn’t backed up as every town and village looks the same, when even a slight building texture change would have worked wonders. Even if it just made the human and elf Kingdoms look unique, a huge difference would have been made as it feels weird for races who supposedly hate each other to have so much of the same architecture. Still, it is clear the attention was more on the sprites as there is a range of these for the characters and NPCs, which help make it clear which kingdom you are in if the surroundings do not. 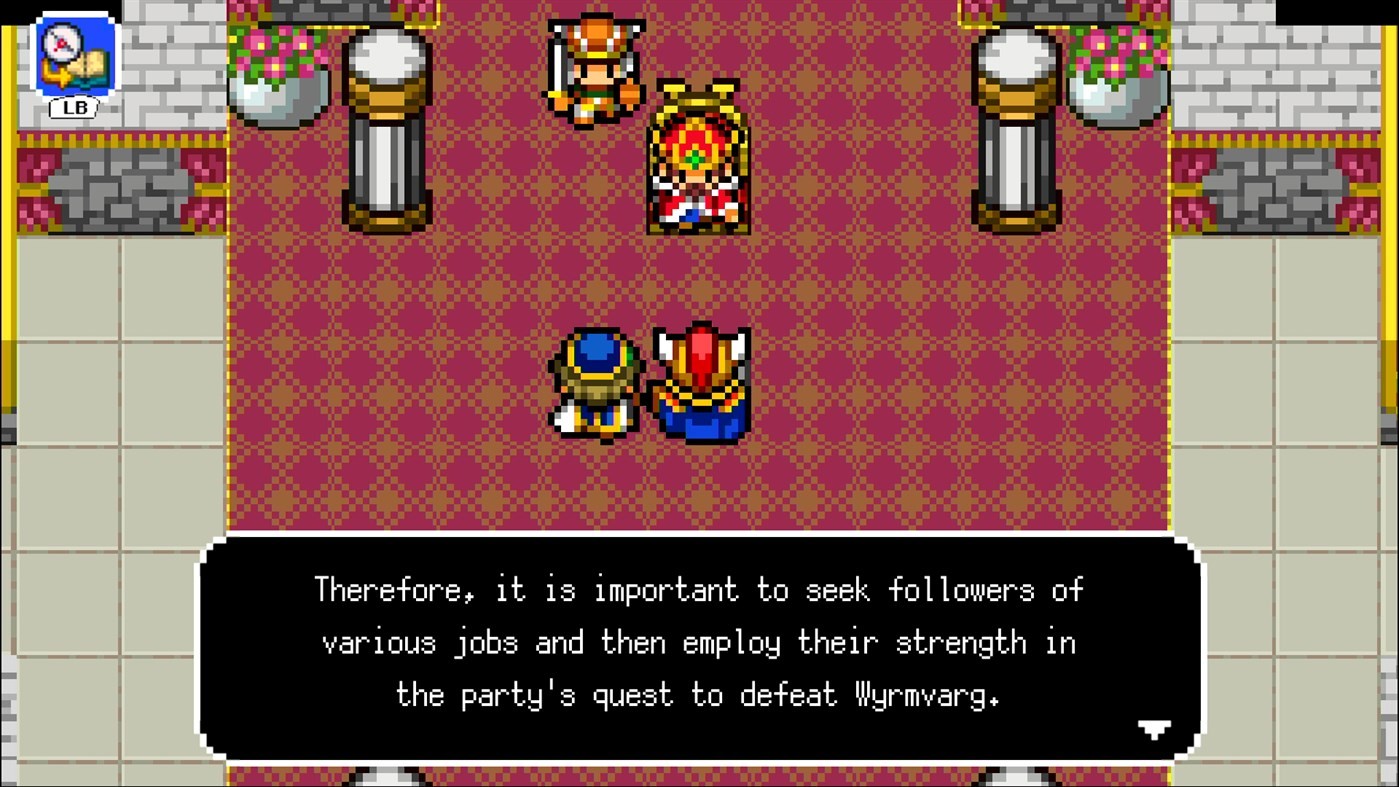 Talking of visuals, the main criticism of Dragon Sinker is the view of the screen seems really zoomed in, particularly on a TV screen. It is a bit jarring walking around as one pixel takes up quite a bit of the image and in towns particularly you can’t see too far ahead. This also creates an issue with the controls as general walking around is a bit clunky and the amount of times it leads you to miss entrances to buildings is worthy of a drinking game. Despite this, the text is a decent size which raises further questions as to why the sprites and backgrounds are so big. Outside of moving around, the visuals for battles are far more appealing.  The size is more appropriate and generally the best-looking part of the game, a nice touch being having the backgrounds based on the tile the encounter happens on. Even though it looks slightly out of place, another battle feature I like is when an enemy is defeated it will shatter like glass. Compared to the battle animations that are what you expect, the shattering gives quite the feeling of accomplishment as you defeat an enemy.

As already mentioned, other than boss or special battles, the encounter mechanics follows the original Dragon Quest format of random encounters as you travel over the map. When triggered, it opens up the turn-based battle sequence that is surprisingly a mix of different JRPG systems. The fusion system means there is a lot of mechanics at play that allow for multiple strategies and interesting gameplay. First, let’s look at the party which is split across the three main characters of the game who act as team leaders. Each team can consist of up to three more members to fight along-side the leader and there is freedom each turn to swap between teams, however you always have to start with Prince Abram’s. While it is easy enough to swap at the start of the battle, it can be a pain if you wanted to use another team from the start. Going back to the extra members, these are recruited by completing side quests that are the usual hunt, find, etc. quests you find in RPGs. It is optional, though you might get lost if you skip over these.

Like other JRPGs such as Bravely Default, every character in the party has an assigned job, which you can change at any church, that determine the skills they learn as they level up. Not only that, certain jobs interact across the team granting stat boosts and such depending on the combination across the team. Luckily, talking to NPCs across the land will advise you of these and it is not a case of trial and error. Back to focusing on the skills, these are broken up into two types using a similar system to the Persona series of magic skills that use MP and physical skills that use HP. Magic skills are further split into attacks and support types, but physical skills are purely stronger attacks at the gamble of using your own HP. Not only that, attack skills can be further separated based on how many enemies it will reach on a grid system, sort of like Yo-kai Watch 3. More basic skills that hit one enemy can only target the enemy in-front of the row, forcing the player to take down enemies in a particular order. Although others can attack whole rows or all enemies on the grid. This gets you deeply thinking about your strategies at times, making battles thrilling and a successful blend of different JRPG battle systems. 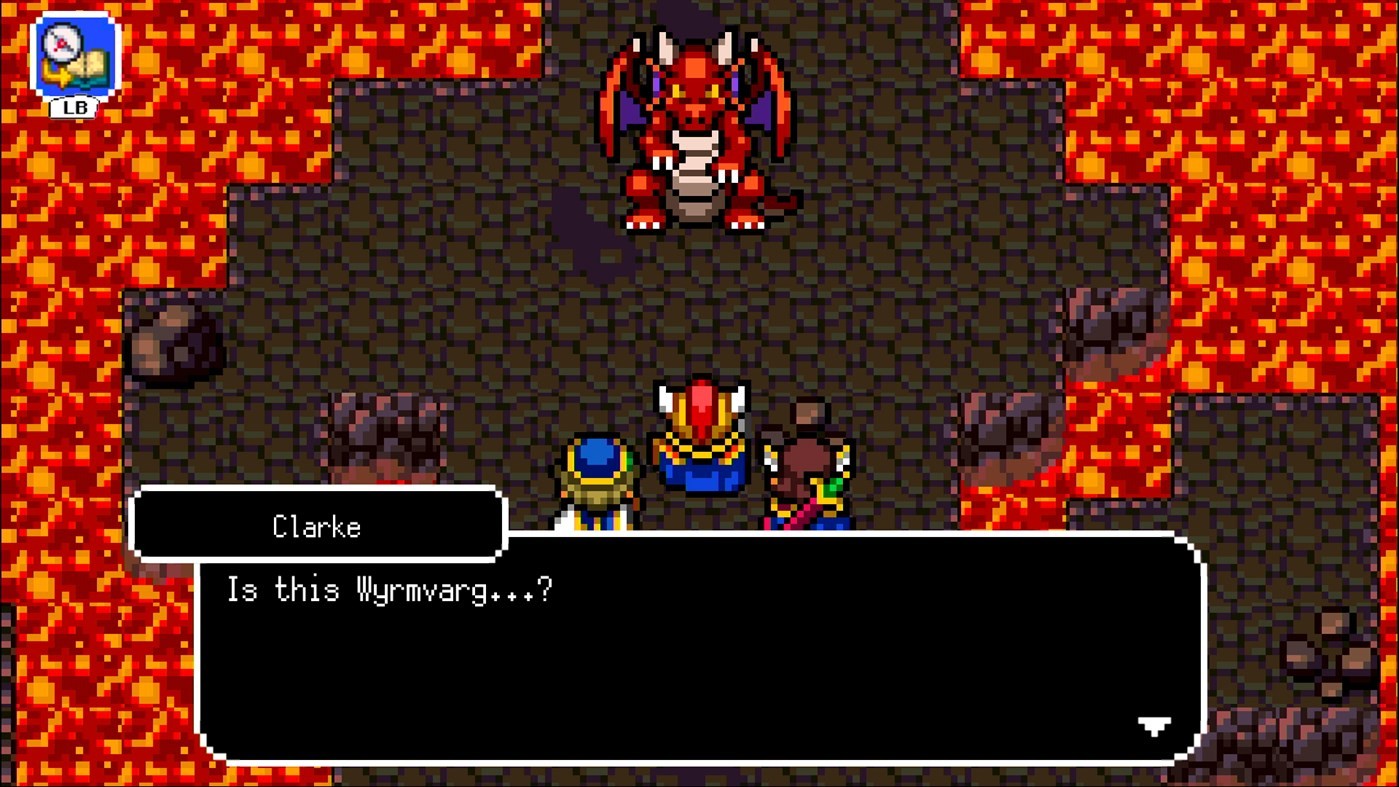 Similar to the classic JRPGs to a fault, there is an issue with the pacing of the game which is hit and miss. Dragon Sinker starts off quite easy, allowing the player to get used to the game and the mechanics, although it can be a bit too easy to plough through a bit too far on the world map and end up in deep water out of nowhere. This isn’t helped by the harsh mechanic where, after a character dies, they will only have half health until you stay at an inn. Yes this is to create more challenge but really it is more annoying than anything. It is mostly a problem when you’re trying to flee back to a more comfortable area, as the lower health makes it more frustrating than it needs to be.

Menus are fortunately upgraded from the classic JRPGs, being quite fluid and easy to navigate. The only issue arrises around shops as it sticks too old-school, and after buying equipment to equip it you need to get out of that menu then open the pause menu to equip it. To then sell the old equipment, it’s then back to the shop menu in a very clunky fashion. It is a lot of effort when even some games back in the day had the option to just equip it. Not only that, strangely to get out of the shop menu you have to physically select leave and can’t just press the cancel button. I know this is a petty detail, but even by old-school standards that was a default making this feature just a bit annoying.

All that’s left to talk about is the sound and music design. Carrying on with the 8-bit theme, it matches the looks with the sound of a NES game. As a whole the sound effects manage to hit you right in the nostalgia, matching those of the classic games without fault. On the other hand, the music could be a little better, as it is generally a bit bland. Despite some nice melodies, it is easy to zone out of, with some parts being flat out annoying. This is specifically painful in the bridge before the repeat in the towns, which deserves to be called out for being flat-out headache inducing. Still, the soundtrack definitely succeeds in settling up the fantasy feel of the game, passable at the end of the day.

Dragon Sinker is a solid JRPG. Where looks may let it down a bit, the battle mechanics should be enough to get you hooked. Added with an interesting story and vibrant characters, if you like classic turn-based JRPGs you can’t go wrong with picking up Dragon Sinker!