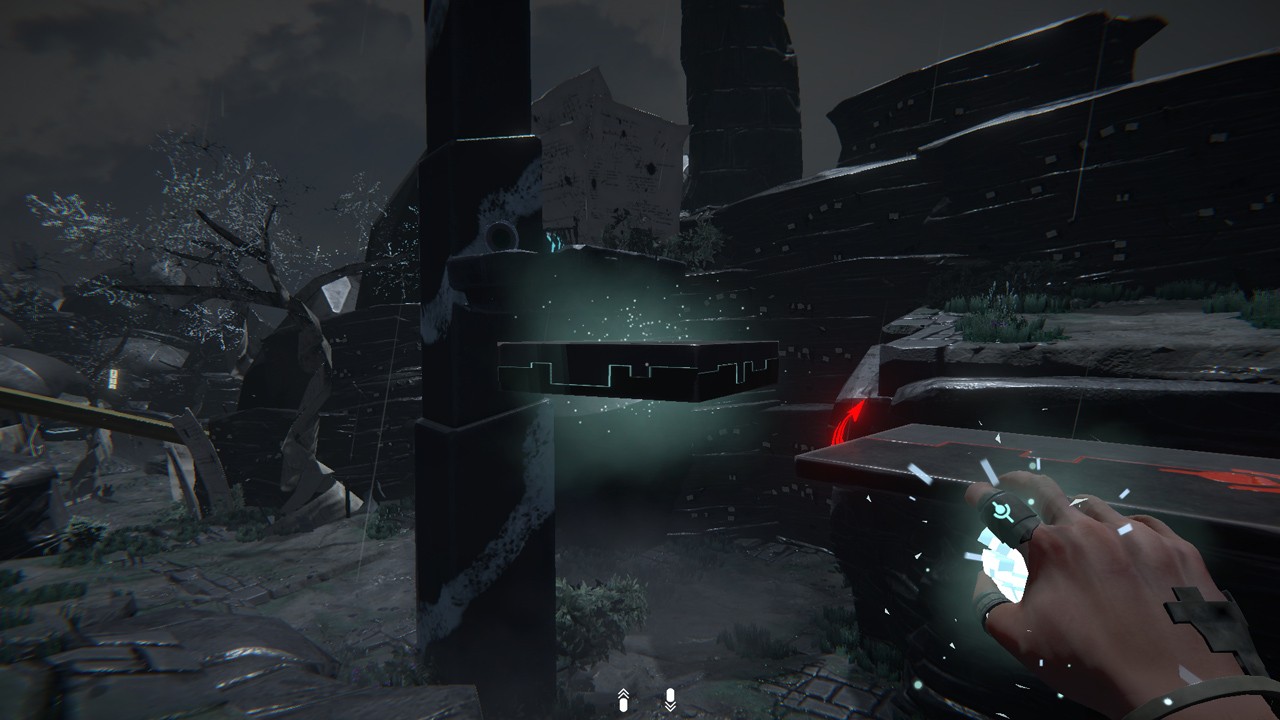 A surreal adventure in a twisted world; is it a dream or is it reality? That is the question looming over your head as you explore the world of Unknown Fate. Taking control of Richard, who woke up in this world with no memories, it is up to you to discover not only where you are but recover Richard’s memories as well. It is a mystery combined with a puzzle platformer, traversing the world won’t be as easy as it seems.

In Unknown Fate the world is everything. At first it is a marvel to explore, mixing landscape with random everyday objects slotted in such as walls made of books, large pencils as pillars, and so forth, to create a twisted cognition look. However it turns out to be quite linear, with slight detours that generally lead to no where but as Unknown Fate goes on there is more open spaces that are pretty unrewarding to venture round in. These vast, and often empty areas, leave the player stumbling around hoping it is the right direction. It would be easily fixed if there were more collectables, or even textures, just to make it worth the trip. Additionally, it can be too easy at times to get to areas you are not supposed to get to, which makes things even more confusing when bouncing off an invisible wall. Not only that, there isn’t really any interaction with the basic elements of the environment such as knocking swings, bushes, etc., which ruins the immersion into Unknown Fate. As well as this, the effect is dampened by the textures, particularly those on walls, being quite blurry at times and some of the character models looking more like dolls than anything else. 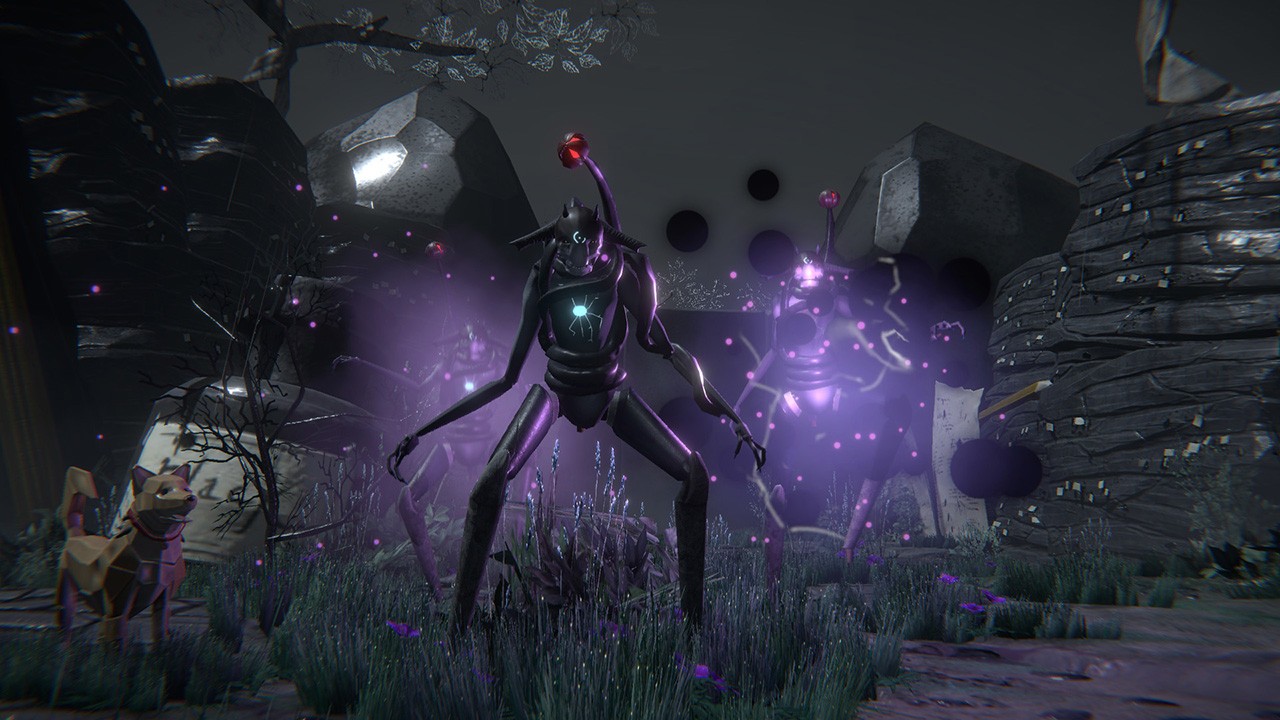 Gameplay wise, Unknown Fate works as a first-person exploration platformer like Portal, although it is more reminiscent of the data distortion levels in Assassin’s Creed: Revelations. Though there are objects you can interact with on a basic level, most navigation through the world requires the player to use the artefact they wield. Starting off with only being able to shoot balls of light, this increases with different abilities as the adventure goes on. Overcoming obstacles that may block your way require more visual skills than any technical ability, creating a natural way of progressing through. This allows the focus to be on exploration, allowing smooth general progression through the adventure. Using this format is all great until towards the end, where the previously mentioned wide open spaces make it unclear where you need to go. One particular part at the end involved a switch opening up a new area, however due to there being no cut-scene I had no idea that something happened. This was made worse by the fact that the new area was hard to find and even when I found it a while later, it felt like I progressed through a way I wasn’t meant to. Luckily, other than a few moments like this, Unknown Fate is quite straight forward.

Despite not relying on any technical skills, the control stick movements are so annoyingly clunky that even changing the controller sensitivity is not help when trying to aim for precise spots. This becomes a major issue when the few enemies there are pop up for you to deal with. By no means is Unknown Fate an action game, which is reflected by how beating the enemies involves a standard procedure of stunning and shooting the weak spot. Where it works to make it more a puzzle-solving process, it becomes a bit of a chore more than anything. Particularly as the process is far from smooth. The stun takes a good couple of seconds to kick in, making it unclear whether the stun even worked in most cases and nightmare fuel when dealing with more than one enemy at the same time. Even more so, the clunky controls create difficulty shooting the weak spot and if it isn’t done in time they get back up, creating a cycle of further frustration. Frankly, combat serves such a small portion of the plot that Unknown Fate could just do without it, it would work a lot better as a straight up puzzle game. This does happen once late in the game, which turned out to be one of the highlighting moments, leaving me wanting more of it.

While the majority of Unknown Fate occurs in this twisted cognitive world, there is also the world of Richard’s memories. These occur in a monochrome setting, creating an interesting surreal feel and adds to the mystery of the whole thing. Memories are split between ones the player engage in and others that are just cut-scenes. The engagement ones are incorporated into main progression of the game, acting more like an interactive cut-scene and add to the immersion of the game. The more inactive memories tend to be a bit hidden extras, found by looking for a gem in a red light. These are supposed to provide supplements to the main memories, however at times they are too cryptic and don’t add anything worthwhile. It feels like there could have been a few more to create more lore for the general plot and as previously mentioned, to make the exploration more worthwhile. Plus they are generally easy to find, limiting the replay value of trying to get them all. 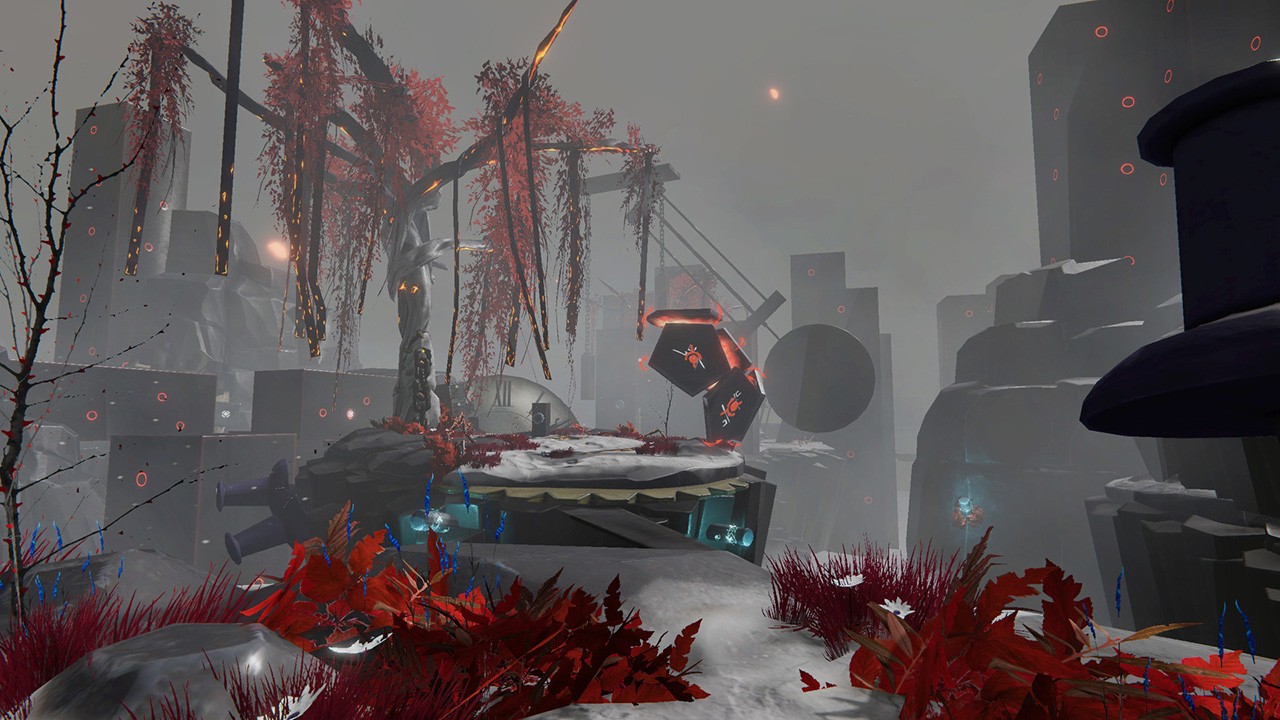 On the note of the plot, it is a bit vague overall. Initially it is interesting and makes you want to dive deeper into the world as you interact with the few characters there are. It leaves you to create theories about what is going on as you learn more about the world and Richard himself. Unfortunately, this really doesn’t pay off as at the end it is briefly and bluntly explained, making it a ‘oh, is that it?’ moment. It felt very shallow when it tried to be deep, failing to achieve an satisfying ending by any means. Between all the memories and cut-scenes there is very little lore explained as Unknown Fate tries to be mysterious, when there isn’t enough for the player to properly latch on to. You’re very much left to put all the pieces together, unfortunately resulting in more of a puzzle you got from a charity shop with missing pieces in the middle. It is a shame as there were good ideas that are poorly executed. Looking back, where at the time it is enjoyable in the end it feels flat as there is not enough build-up. There are many questions left unanswered which is frustrating and the blunt ending makes it feel an open ending wasn’t intentional.

The true highlight of Unknown Fate is the atmospheric sound design, which comes in two flavours. First is the dissonance, perfectly creating a sense of uncertainty throughout as the player explores this strange world. It creates the immersion into the world as it matches the uncertain surroundings, keeping you rightly on edge whilst you try to figure out what is going on. The second flavour is a smooth melodic piece that plays at certain places and memories, where things are more certain. It plays more frequently as the purpose of the adventure becomes clearer, again perfectly matching the tone as you play. It is a shame this is ruined by the lack of balance between this audio and the voice acting. The audio is too quiet, with no option sliders to balance it in the settings menu. Then it isn’t the end of the world as the voice acting is quite uncanny valley, undoing a lot of the immersion the soundtrack achieves.

Unknown Fate is a mystery game that unfortunately only gives you more questions than answers upon finishing it. Underneath it all, there are some good ideas that just needed more polishing in terms of both gameplay and plot. With a bit of tinkering, this game could be an incredible immersive experience. For now, at least the journey is mostly enjoyable until the end.