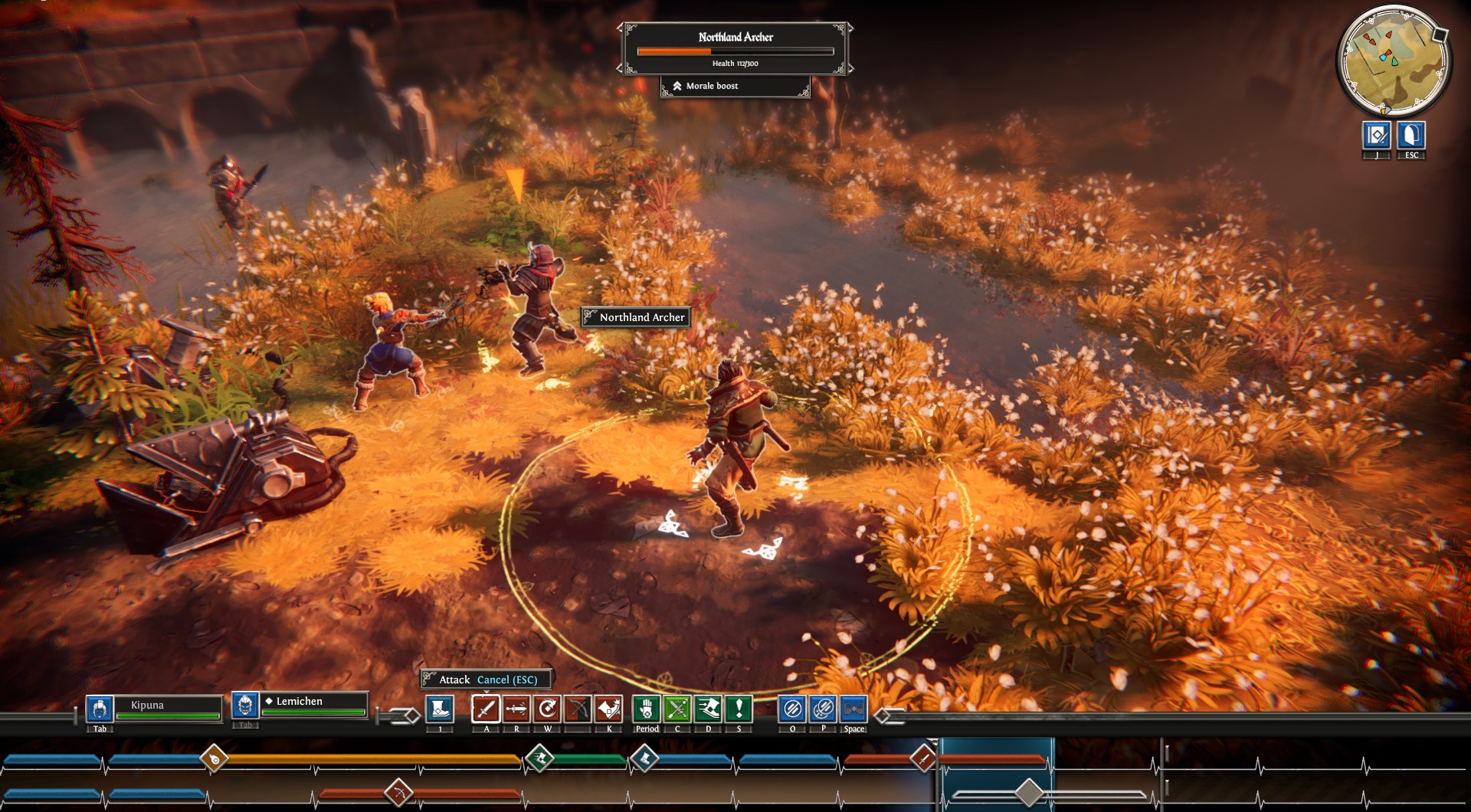 Iron Danger is a linear adventure game with one of the most unique combat systems that I’ve ever seen in a game like this. When I say that this is a linear game, I mean it in every sense of the word, there’s no open-world, no branching quests, no quest selection, no dialogue choices, nothing like that. In any case, Iron Danger delivers an extremely robust experience where the player’s only real engagement is through combat.

Iron Danger’s story revolves around Kipuna, who finders herself wrapped in a mysterious adventure after her village was destroyed by an invading army of Northlanders. This adventure takes place in this gorgeous world where fantasy meets steampunk, and everything comes to life through vivid and bright colours and a great deal of detail. Still, I honestly don’t think that the story is the star of the show here, not only because it’s overshadowed by the game’s crowning achievement, the combat, but also because it doesn’t really set itself apart in any significant way from other fantasy worlds in any particular way.

The most unique thing about Iron Danger is its combat system, which uses a time manipulation mechanic. This is done through a system where you can essentially go back in time, heartbeat by heartbeat, which are synced across different characters. In practice, this is a more complex system than it might initially sound like, although it’s quite simple and easy to understand thanks to an intuitive UI. For instance, if an enemy lands a hit on you, you can go back in time, just before the enemy strikes and you can either order your unit to block the incoming attack, or you can attack before the enemy has the chance to (thus cancelling their attack). If for some reason you mess up and don’t time things properly, you can just keep on going back as many times you need. The game is extremely forgiving in that aspect. 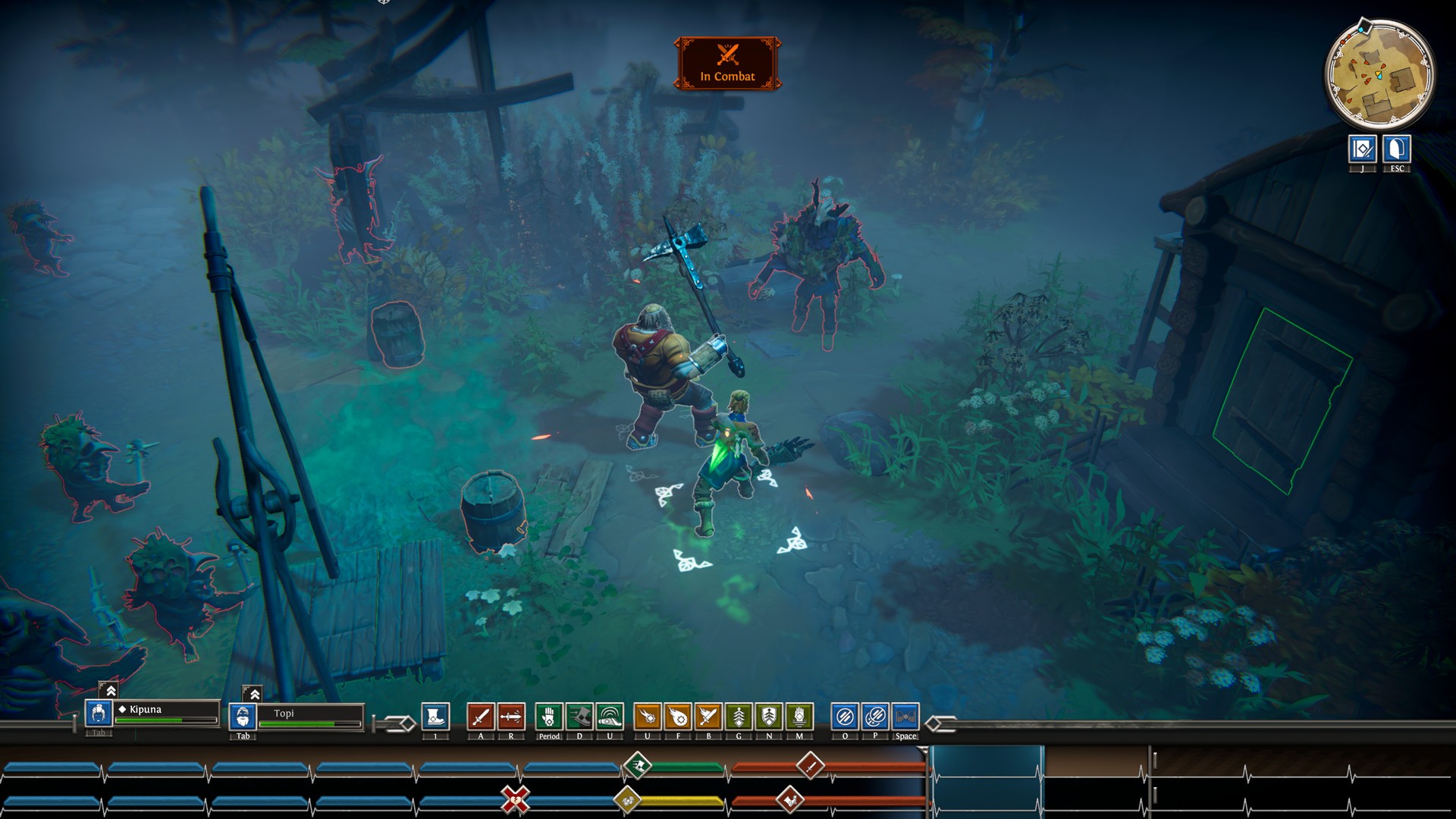 Thanks to a “time bar” that’s at the bottom of the screen pretty much at all times, this is how you get a sense of what is going on with all the time travelling. This bar is separated by heartbeats, and it shows you the exact point when you get hit, so it’s exceptionally easy to figure out the best moment to go back to and use an ability or attack to counter enemy actions. With that said, when there are multiple enemies on you at once, it can get tricky to avoid everything and come out untouched. In a way, while the combat flow can feel quite slow at times if you keep going back and forth, sometimes it can also feel like you’re solving a puzzle, as you time-travel and use different combat approaches to figure out which works best.

While the UI does wonders in making sure that what happens is conveyed clearly to the player, the controls can be finicky for a while until you get used to how the game plays. Still, given the time-bending nature of the combat, the game isn’t really that difficult since you can pretty much cheat death all day. However, although Iron Danger might not provide the tough challenge that some people might be looking for, the combat is certainly fun.

Although you’ll cross paths with various characters, you only get to control two per each mission and depending on who accompanies Kipuna, combat can play out a little bit different. For example, while Topi is a loyal blacksmith and warrior of the kingdom, Kipuna is a young girl that has found herself in possession of immense power. During combat, both of these character’s abilities provide players with multiple ways to deal with enemies directly or by using and manipulating the environment to your advantage. There are oil barrels that you can ignite to cause explosions, traps waiting to be triggered, you can even grow vegetation to conceal yourself or set it ablaze to deal with a group of enemies, or you can use the power of winter to put down fires and freeze enemies. There are plenty of options for players to choose from, and given the strong use of the elements thanks to Kipuna’s newly acquired powers, the only limit is your imagination. 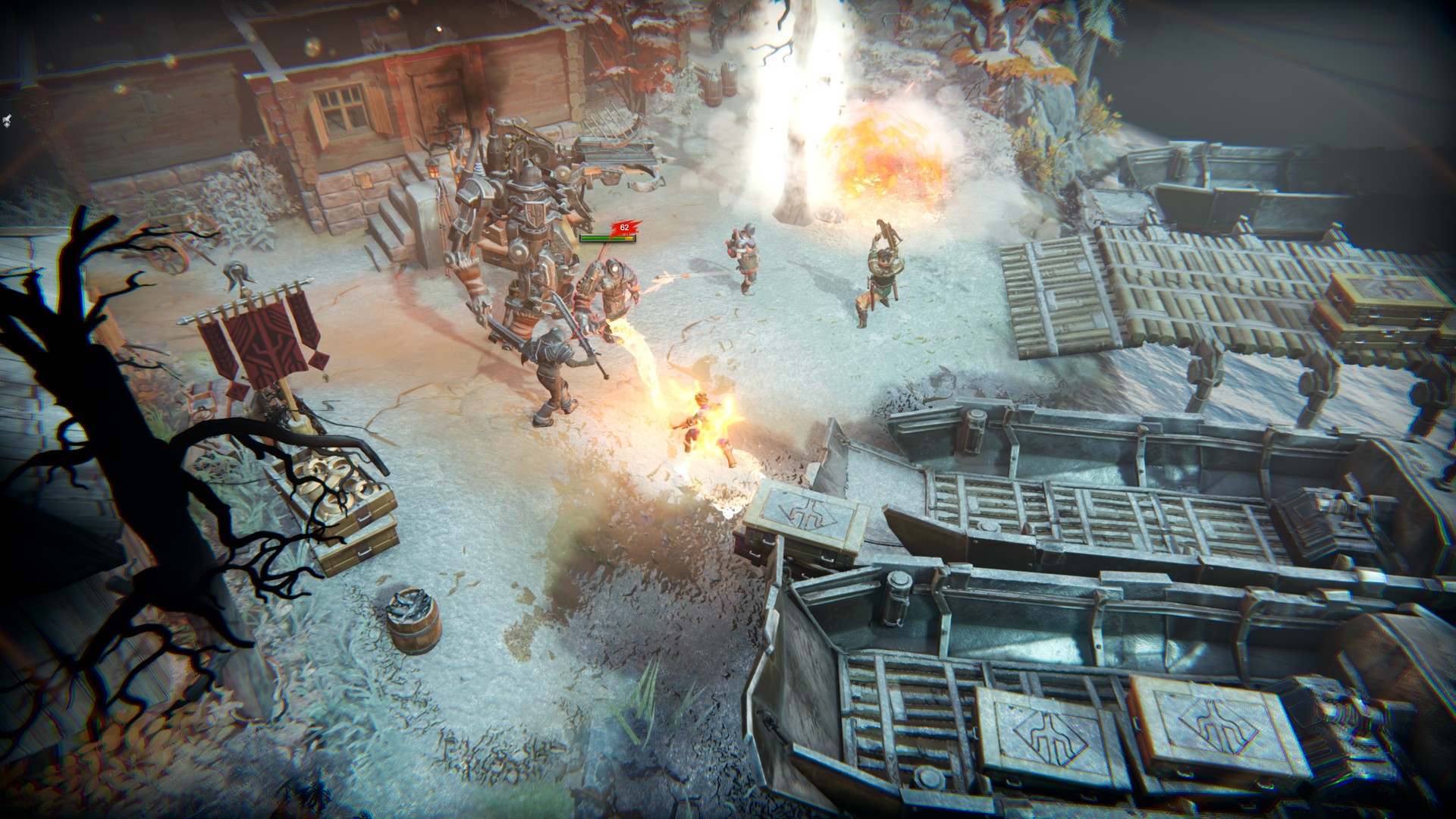 Now, speaking of limits, aside from the open-ended approach to combat, Iron Danger is fairly limited in regards to everything else. For starters, there is no character customisation of any sorts, the only thing being remotely close to that is being able to choose new abilities or abilities upgrades at the end of each level. Furthermore, levels offer very little freedom (if any) as to how you can approach an objective. There might be different paths on some levels, and healing items or grenades scattered throughout the maps, but that is pretty much it.

Levels can take somewhere between 15 to 30 minutes to complete, and the whole thing took me almost 10 hours to beat, which I guess might not sound that great given the game’s price. Furthermore, the game also ends in a cliffhanger, which did leave me craving for more, but as of right now there isn’t a sequel or expansion planned. I had already read quite a bit about the game before I had the chance to play it, and the feeling that I had when I first jumped into this was that people were thinking that Iron Danger was something that it clearly is not, an RPG. Nonetheless, I wouldn’t say that Iron Danger is one of those games that everyone should play at least once in their lifetime, but if you want to get your hands on a fresh take on turn-based combat, you should definitely give Iron Danger a shot. If, however, you’re hoping to find something else here, I’m afraid you’d be left disappointed.

I wouldn’t say that Iron Danger is one of those games that everyone should play at least once in their lifetime, but if you want to get your hands on a fresh take on turn-based combat, you should definitely give Iron Danger a shot. If, however, you’re hoping to find something else here, I’m afraid you’d be left disappointed.