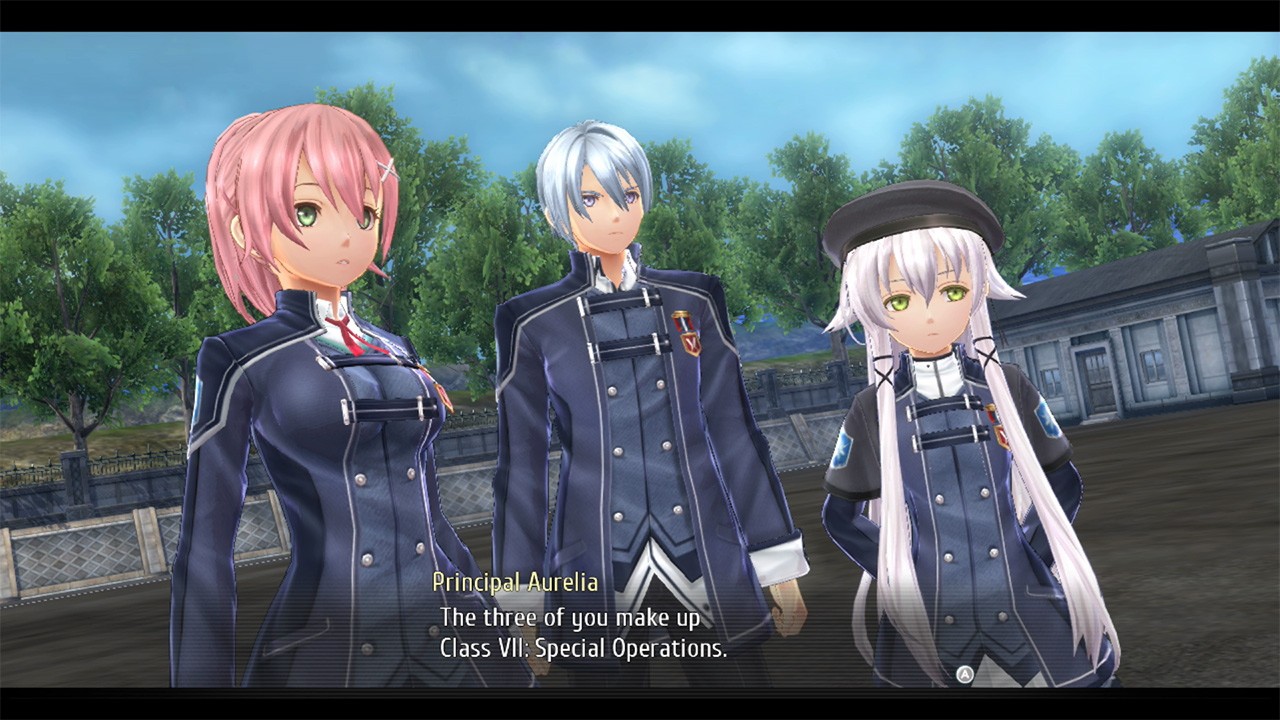 When it comes to reviewing RPGs, especially JRPGs, it comes down to a very, very difficult call several hours into the game. I tend to review several games a week, and I cram that into the time when I’m actively living my life with my family, working my full-time job, and trying to eat and sleep in between. Realistically, RPGs are some of those wonderful things where I put television and movies on the back burner and turn my attention fully, both because they’re incredibly engaging but also because they tend to be long. Xenoblade Chronicles has collectively stolen close to 150 hours from me over the course of the Switch’s life cycle, and I anticipate (eagerly so) even more in the future. Still, you have to see some games take up a whole lotta time, and that’s great for the player looking to invest that time.

When NIS American announced they were bringing Nihon Falcom’s Legends of Heroes to the Switch, I was pretty excited. I’ve heard a lot about these games for years now, and people speak with glowing praise to the elaborate, carefully constructed world that unfolds beneath. When I heard it was going to be Trails of Cold Steel – the latest and probably most advanced of the games so far – I got even more intrigued, eager to see what this new realm would bring and knowing that I had some backlogging to thrust even further back. Then it turns out that Nihon Falcom was bringing the third installment to the Switch: Trails of Cold Steel III. This didn’t seem to make sense to me, as I knew the series had completed (though Trails of Cold Steel IV hasn’t yet been localized). Why on earth would you decide to start somewhere in the middle of the series? As it turns out, Nippon Falcom are geniuses, bringing the most robust and complete of the Cold Steel games onto the Switch and leaving plenty of room for players and veterans to enjoy, rejoice and really experience the world of Erebonia.

If I decide to hash out the story for Trails of Cold Steel III here in my review, it’ll take an extra two pages and I still won’t cover everything that’s needed for the backstory to fully get on board. Which Nihon Falcom understood, especially given that, unlike the Final Fantasy or Dragon Quest series, these Legends of Heroes titles all seem to be interconnected in some way, with the Cold Steel games literally taking place one after the other. If like me, you haven’t played any of the previous titles, there’s actually a menu option that gives you a succinct but detailed rundown of the events of the previous two games and how they factor into the current situation, as well as a total character dossier for everything who was important and is important. The fact is that you need to know Rean is our main dude, and he’s the holdover hero who is now instructing and training the military class at Thor’s Branch Campus. The students he’s molding will become increasingly more important from the drop, but you’ll find that out through the incredibly long opening video, and then learn even more through exposition throughout the game. Basically, given that you’re situated in the military, you should know that you’re resolving conflicts and skirmishes around the empire, and there’s deceit and espionage, and old characters come back and are now bad guys, and I’m not exaggerating there was a 35 minute long cut scene at one point. 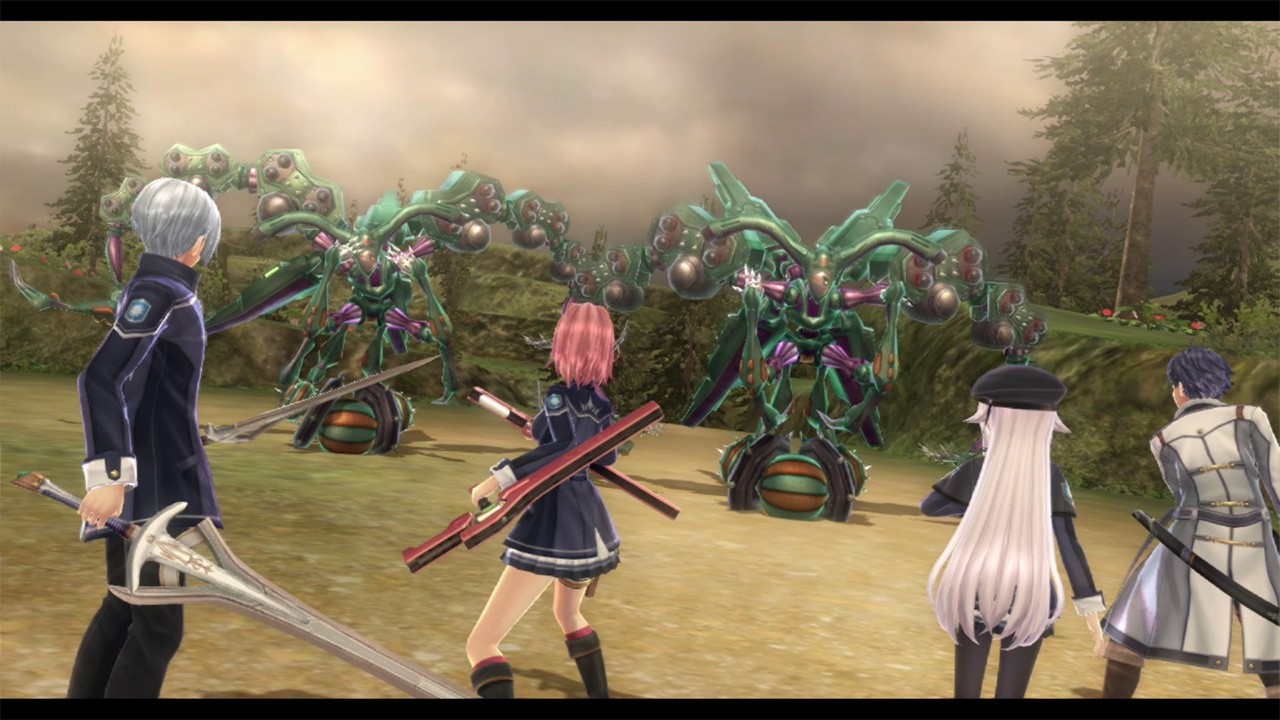 If you’re here for a story, holy crap has Trails of Cold Steel III got you covered. As a JRPG with a focus on side quests, character development and insanely complex systems, it’s completely and totally plausible for this game to go way past the triple-digit mark in terms of gameplay. You have this to consider: there was planning for every character of the world of Erebonia to have their own arc, and you can follow and explore the arcs of everyone who ends up with a name. From new characters like Juna, Altina and Ash (who gets his story started nice and early to get the game going) to returning favorites like Towa, everyone has something to say and tell, and it doesn’t just drop into your lap. Over the course of a very complex and massive storyline, you get to see everyone pitch in their ideas and feelings, how the impact of Erebonian politics affects their lives, and really come to see how things get set up for the fourth game. After a bit of serious reading and investigation, I understand why we went with Cold Steel III. One has too much of a cliffhanger, two relies too much on one, and three gives players enough meat and connection to make four enticing.

Besides the enormity of the world, there’s a fantastic combat system baked into Cold Steel III that comes as a result of many iterations of trial and error in adding and removing new mechanics. You need eight freaking buttons to delegate everything that happens in this ATB-variant combat, asking players to decide between immediate attacks and Crafts (which use a sort of magic point, limited system), charging up by using Arts (impressive, but require several turns to bew, and even figuring out where they need to be on the battleground in order to succeed in attacking. This is where the scalable difficulty is important, and players should consider what they want to experience before they begin in regards to combat. Honest to God, if you want to make this into a highly competitive, do-or-die sort of strategem approach, then Trails of Cold Steel III has you covered. You need to position your attackers around the field, charge up the right attacks, use a separate set of Brave Orders to bolster the party, switch out party members in the middle of a fight to better adjust to an enemy’s tactics, and that’s all without using the massive specialty arts that each character has that can make or break a minor battle. So, if you’re most interested in grinding out fantastic gear, maximizing EXP at the risk of your own life and making the game all about the fighting, by all means, ratchet up the difficulty level. If you’re most interested in making it through this Odyssey-level story in one piece and just read and gasp at all the information, then set it to easy. The battles practically fight themselves and you’re free to read and enjoy at your own leisure.

Incredibly, there are even more things to do in Cold Steel III than just the neverending series of sidequests and all the fantastic amounts of world-building that come from character interactions and perfecting the orbs and gems that are needed for various skills and events. Like all great JRPGs, there’s now fishing, because, for some reason, when you’re busy trying to save the world or thwart an ancient evil or, in this case, try really hard not to deal with a massive Curse (with a capital C), then you can still make time to grab some mackerel from the local river. Especially when the mackerel then give you random items as opposed to, I don’t know, the fish itself. AND there’s a card game to be played, which is something that I sort of take umbrage with. Ever since Final Fantasy VIII put in a random card game in order to make the overall game more robust, I feel like every RPG and their mother throws in a card game, and it just feels weird. Sure, it’s fun, don’t get me wrong, and it adds a bit of interactive flair with the people against whom you can play, but it wasn’t as organic as everything else that seemed to be happening. At least with fishing, I got the sense that maybe I needed to get food or make things better through hooking a crab. With the card game, it felt like a purposeful detour when there were so many other roads to travel as it is. 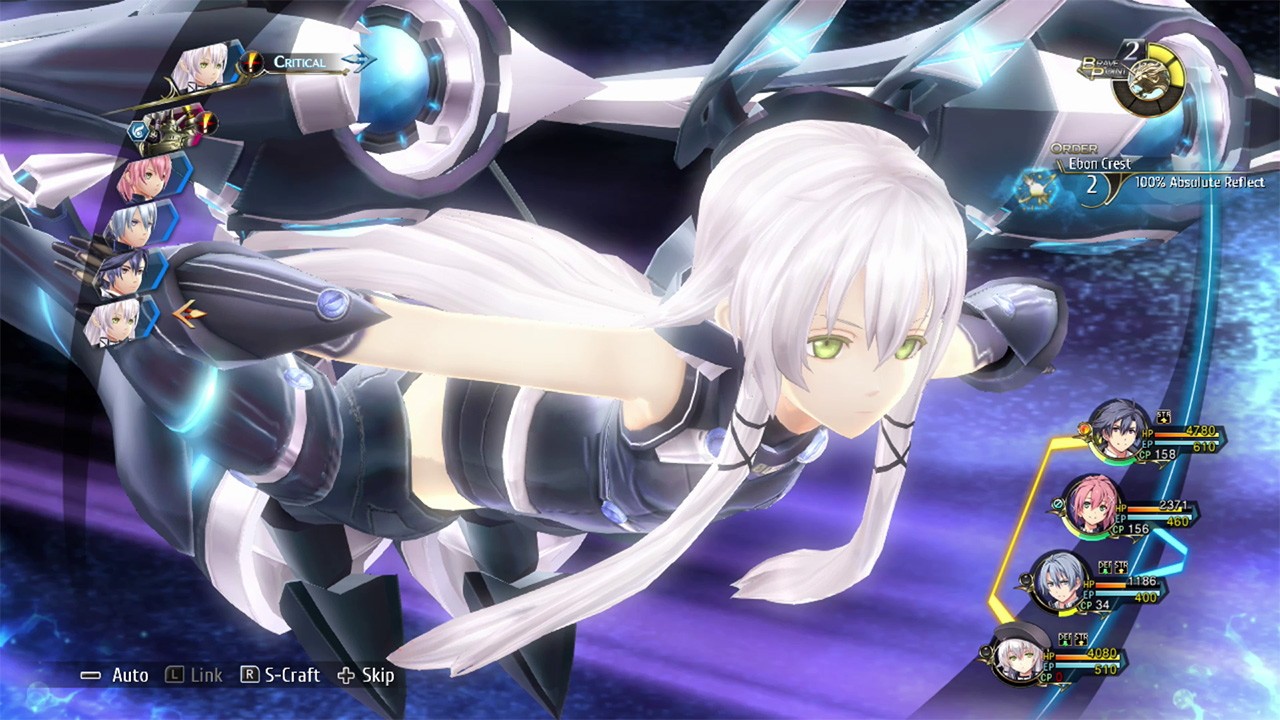 However, none of that really matters when you look at the grand picture. NIS America and Nihon Falcom took one of the biggest game series of the last decade and wanted to add it to the Nintendo Switch, and did so in one of the most calculated and well place moves that I’ve seen to date. We have just a few months until Cold Steel IV is localized, and fans wouldn’t want to jump into the final chapter of the game. Instead, you have one of the best-looking versions of the Legend of Heroes saga to date, with amazing 3D rendering, a massive world that basically feels limitless and spot-on voice acting in English AND in Japanese. Despite the fact that you are almost literally dropped into the middle of the fray with almost no preamble (and none whatsoever if you don’t read the backstories), you only feel minor confusion, never total loss. It reminds me of when I picked up Dragons of Spring Dawning years ago as my first Dragonlance book. Even though it was the last book in the trilogy, I was still enamored by the characters and the breathtaking world of Krynn, and so I not only finished reading but then went back to conclude the series from the beginning. Trails of Cold Steel III has so many details and finely honed moments of connection and clarity that you quickly forget that you didn’t know Rean before this moment: it feels like you’ve been a silent partner on his journey, and you just need a reminder about everything you’ve been through together. Granted, if you don’t like exposition, the game can get old quickly: I wasn’t exaggerating when I said some cut scenes rival prime time television shows in terms of dialogue and length. But giving depth and meaning to what you’re doing and who you’re doing it with saves it from being a chore.

I’m not done with Trails of Cold Steel III yet, not by a long shot. It has a permanent spot on my memory card until I’m positive that I’ve done everything, and I mean everything, in the game that can be achieved. There’s always a new way to play, from hitting a series of EXP bonus achievements thanks to a perfect battle to landing a whopping big fish in your downtime. Experiment with party mixes, really max out a character’s Arts, become the weapon you know that Thor’s Branch Campus seeks to create. After all, it’s still a while before the conclusion to the storyline arrives: might as well enjoy the Erebonian Empire while it’s still standing.

The Nintendo Switch lands another win in the dedicated fan department by porting one of the most detailed JRPG series of all time.