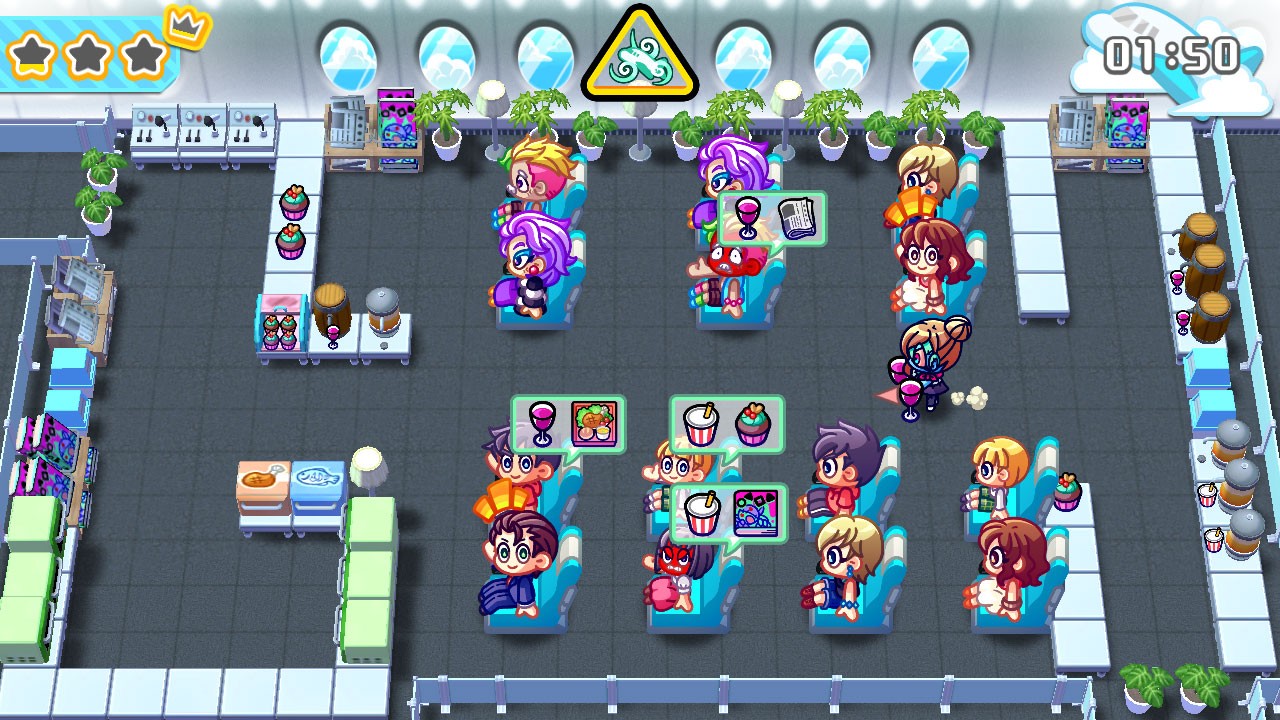 Diner Dash with a zombie infestation twist? If that sounds like it would intrigue you, then Working Zombies may be the game for you. Developed by Jupiter Corporation, the game features 4 mini-games, with a series of levels, that may help ease some of the tiresome lockdown boredom, and may fill the void of actually working (never thought I’d miss waiting tables! But 2020 is just a crazy time)

Because Working Zombies is comprised of mini-games, there isn’t much plot to talk about. The opening of the game will give you a short animation, which I’ll be honest, is kinda vague so here’s my interpretation. So a group of humans discriminating against zombies, and boarding their section of the city up, behind a chain fence. A human ally then cuts the fence, and gives the zombies the idea, that to be accepted by humans, they must work for humans. The zombies agree, and take on jobs within the public service sector… This may sound like an interesting premise, but I may just be overdramatising it, a smidge. Whilst there isn’t technically a developed in-depth plotline, it is important to remember that the game is designed for ages 3 and up, so it’s not exactly gonna be a cinematic tale of overcoming oppression. 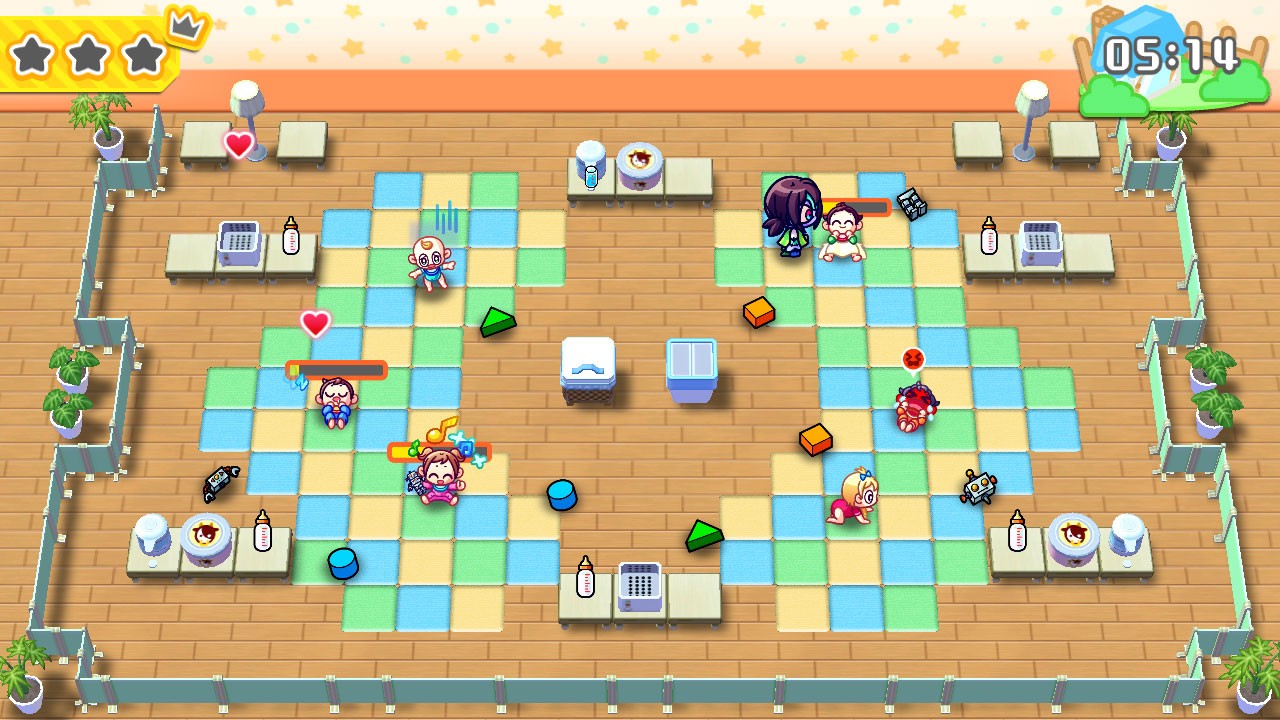 The gameplay is fairly straight forward, there are four mini-games to choose from, and a series of stages within said mini-games. These range from working as a flight attendant, hairstylist, babysitter and a plumber. All the games will operate in a very similar fashion, with a few small changes here and there. As a flight attendant, you will have to fetch drinks, magazines and newspapers for customers, the babysitter will be in charge of changing and feeding the children in your care (and also keeping them from throwing tantrums) and the hair salon will see you dashing from customer to customer, cutting, styling and colouring hair. However, the plumbing mini-game is somewhat different, for it isn’t in the similar to the previous three, and is instead a puzzle game, in which you will have to manoeuvre a series of pipes in order for the water to flow correctly.

Much of the gameplay is very similar to existing games on the market such as diner dash, the plumbing mini-games was a nice way to breakdown the repetitiveness, but sadly not enough to save the entire thing. Whilst there are moments, where you will find yourself getting a little addicted to a certain game (for me it was the flight attendant) there just isn’t enough meat on the bone to sustain interest. I wouldn’t want to replay this game, and that’s not because it’s bad, just because I feel like I’ve done everything. I would have preferred each game to have its own unique and different feel, and I just think its repetitiveness really hurts it’s replay value.

Additionally, I am not 100% sure how suitable this game would for younger children. Which may sound strange, as it’s a 3+, allow me to elaborate. On a surface level, yes this game is suitable for children, it does not contain violence, obscene material and whatnot. However, we all know kids are prone to, let’s say lash out when a game is challenging. And I think this game may be a little challenging for some younger gamers. As the levels progressed even I found myself struggling to advance on in the game, and that in large part I believe is due to the point system and the time of the challenge. The point system seems to be quite low, in terms of rewarding you for your correct actions, whilst there doesn’t seem to be enough time on the clock to complete the challenges, even in the early stages of the game, where it’s supposed to be ‘easy’. I think this game would be better suited for older children, who maybe are more experienced in this genre of gameplay. 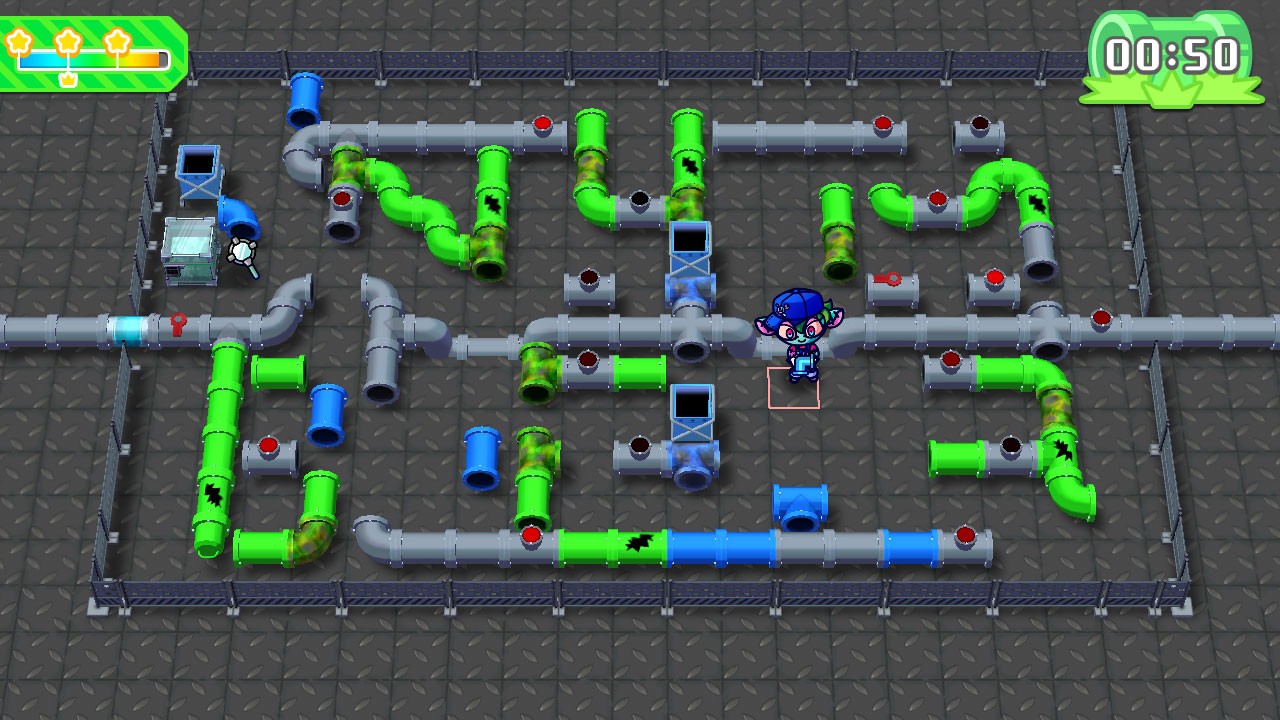 Now, something that I cannot find a single fault with, is Working Zombie’s graphics. Each stage, character and map, is so colourful and well designed. This is an aspect that does feel child friendly, I can see the work that has gone into this, to ensure that the game looks appealing to their target audience. The zombie’s in particular, are cute and cartoonish, and I could imagine that many children would ask their parents for this game, based solely on how it looks because that’s how well everything is designed.

Ultimately, I think this game could have easily been a mobile-only game, there isn’t tons of substance, nor would I personally say there is much replay value, but that’s just my personal take. I think this would be a great game for parents and children to play together, to maybe introduce a young gamer to video games, however, I think they would benefit from an adult’s guidance during play. So, is Working Zombies a bad game, no not at all, it’s a lot of fun but just lacking in something that would retain an older audience’s attention.