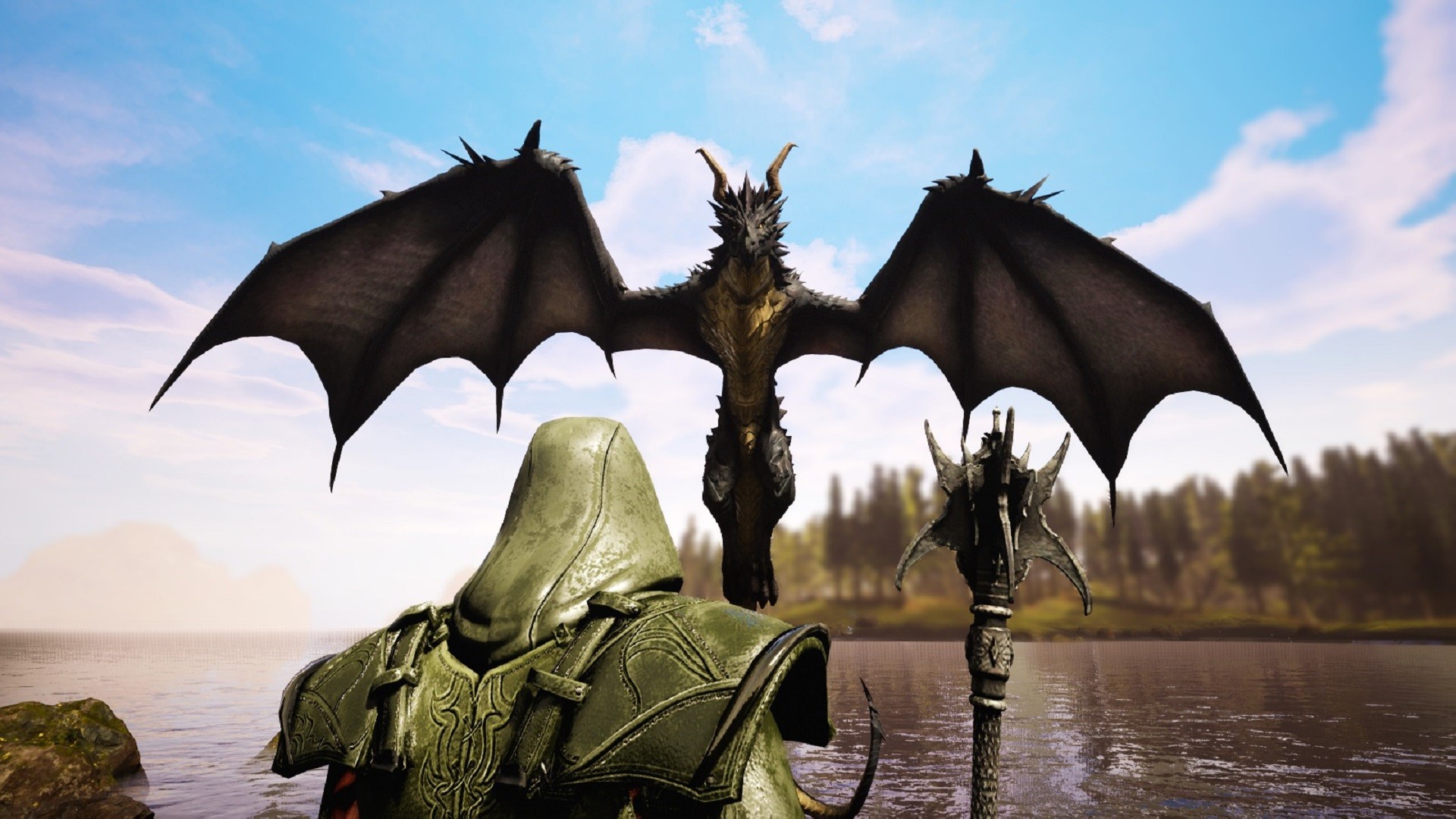 When ARK Survival Evolved first came out on PC, it was a buggy mess. Online multiplayer was hit or miss, there were some serious balance issues as far as surviving early on versus the Jurassic horrors, and performance optimization was non-existent. In fact, ARK today has made its way to console and still has some of those problems despite being out for some time and it frustrates both new and return players. Playing Citadel: Forged With Fire made me appreciate ARK for how well it worked.

The subtitle “forged with fire” refers to your character as you are seen rising from bubbling magma like a phoenix from the ashes. In the first few hours I spent with Citadel: Forged With Fire, I tore my hair out at the snail’s pace the NPC tutorial giver’s text crawled across the screen, continuously clicked L3, thinking incorrectly that it would help me to move faster than a brisk walk, managed to get killed by totally silent boars that snuck up on me twice, and got lost because the map marker didn’t track my characters movement accurately. It was a rough first impression, but then survival games tend to be pretty difficult in the beginning stages, so I shook it off and gave it another go.

For some inexplicable reason, you can’t use, say, an axe to harvest wood. Instead, you have to craft the harvest… ray. The spell is actually called Extract, but it’s a ray and it harvests the materials you need. Slowly. And let’s talk about crafting spells. This is a fantasy world, after all, and magic should be your bread and butter. Being able to create your own spells on the fly is a pretty cool idea… until you realize that spells are bound to weapons. This means that a spell can only be cast when using the corresponding weapon. Since there’s a whopping two spells allowed per weapon and you can only have four weapons on rotation, this means you’re able to have eight total spells at your fingertips at once. This was more limited than even an MMO style hotbar, which would have allowed at least the same number of skills as there are numerical keys. The crafting itself doesn’t cost a thing except for essences found out in the wilderness, depending on which spell tree from which you want to pull. There’s only a handful of trees and a handful of spells per tree— which is disappointing considering the potential here. 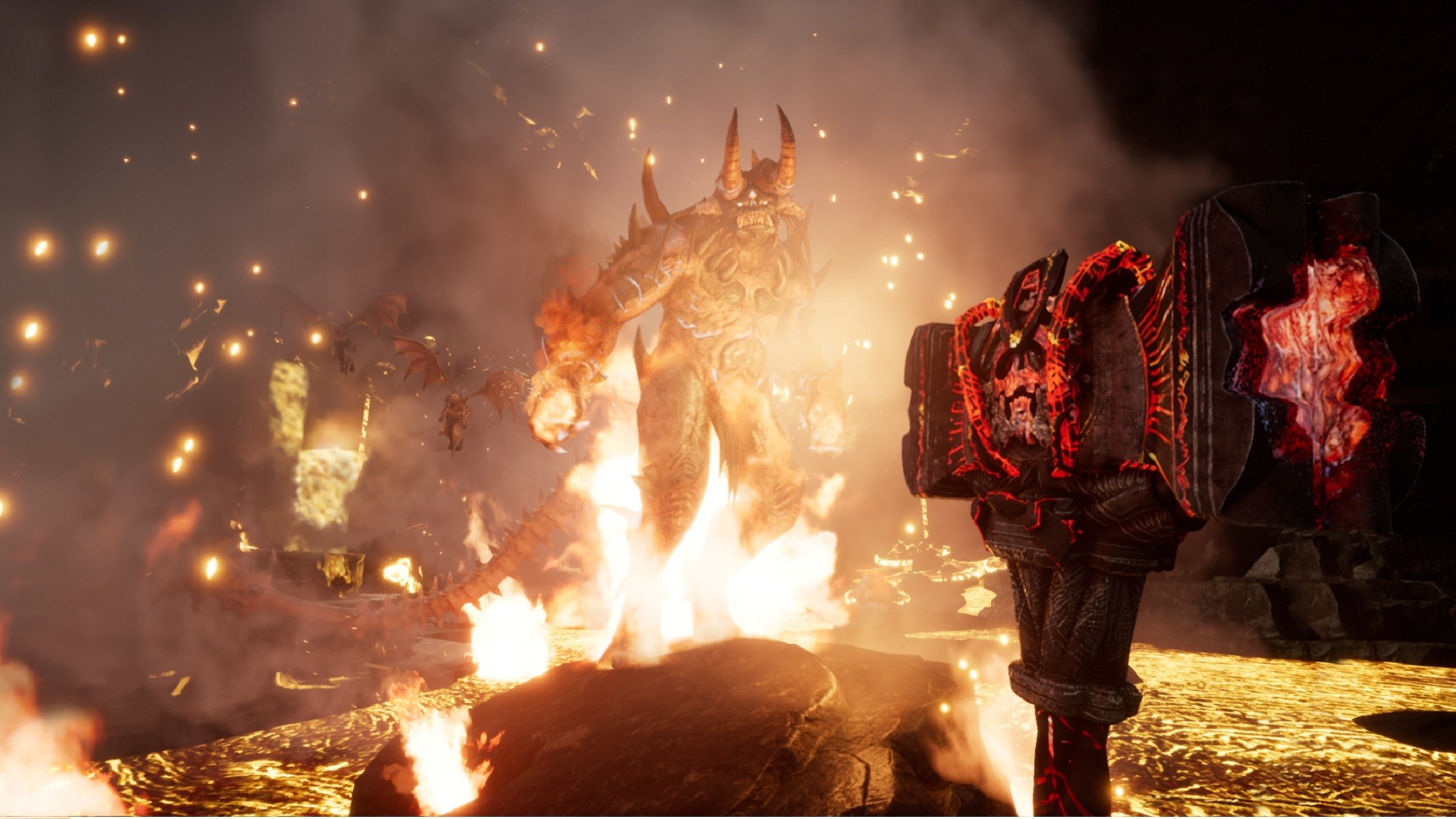 Crafting equipment, including weapons, accessories, and armour, is done from a different menu—and one that is not suited for a controller. There are entirely too many clicks to get where you need to go versus being able to freely mouse over the icons. If you have the necessary materials, you can craft the object in question. Multiples of the same item can be added to your queue, but attempting to craft another item will result in cancellation of the first task. Being able to queue up what you want to have crafted and leave it to complete while doing something else is a very basic aspect in survival and Citadel: Forged With Fire somehow managed to mess that up as well.

Finally, we have building structures. This is somewhat of a saving grace considering how subpar everything else Citadel: Forged With Fire has to offer is. There’s a large amount of craftable objects including walls, roofing, and floors in a selection of material types, and you can build pretty much anywhere that isn’t protected by the barriers intended to dissuade would-be griefers. The menu, too, is actually easy to access via L2 and you can put down multiple objects that snap to the terrain and each other in a short amount of time. There are also workbenches, which are functional and also add a bit of mysticism to your new structure and building a throne stakes your claim as the metaphorical king of the castle.

I won’t spend too long talking about combat because it’s bad. Not awful, but unpolished and underwhelming. Blows have no weight to them, and even the animation-sound effect combo is weak. I don’t think I’ve ever run into an open world game where the UI doesn’t alert you as to the direction where an attack is coming from, so Citadel: Forged With Fire has added to a list of firsts. Then there’s the matter of enemy presence: there’s no indication on the compass, nor does your attacker make any sound as it approaches. Being blindsided isn’t my idea of fun and it happened far too frequently while trying to explore. Spells also drain far too much mama early on, so don’t expect a fantastical display of arcane power until much, much later. 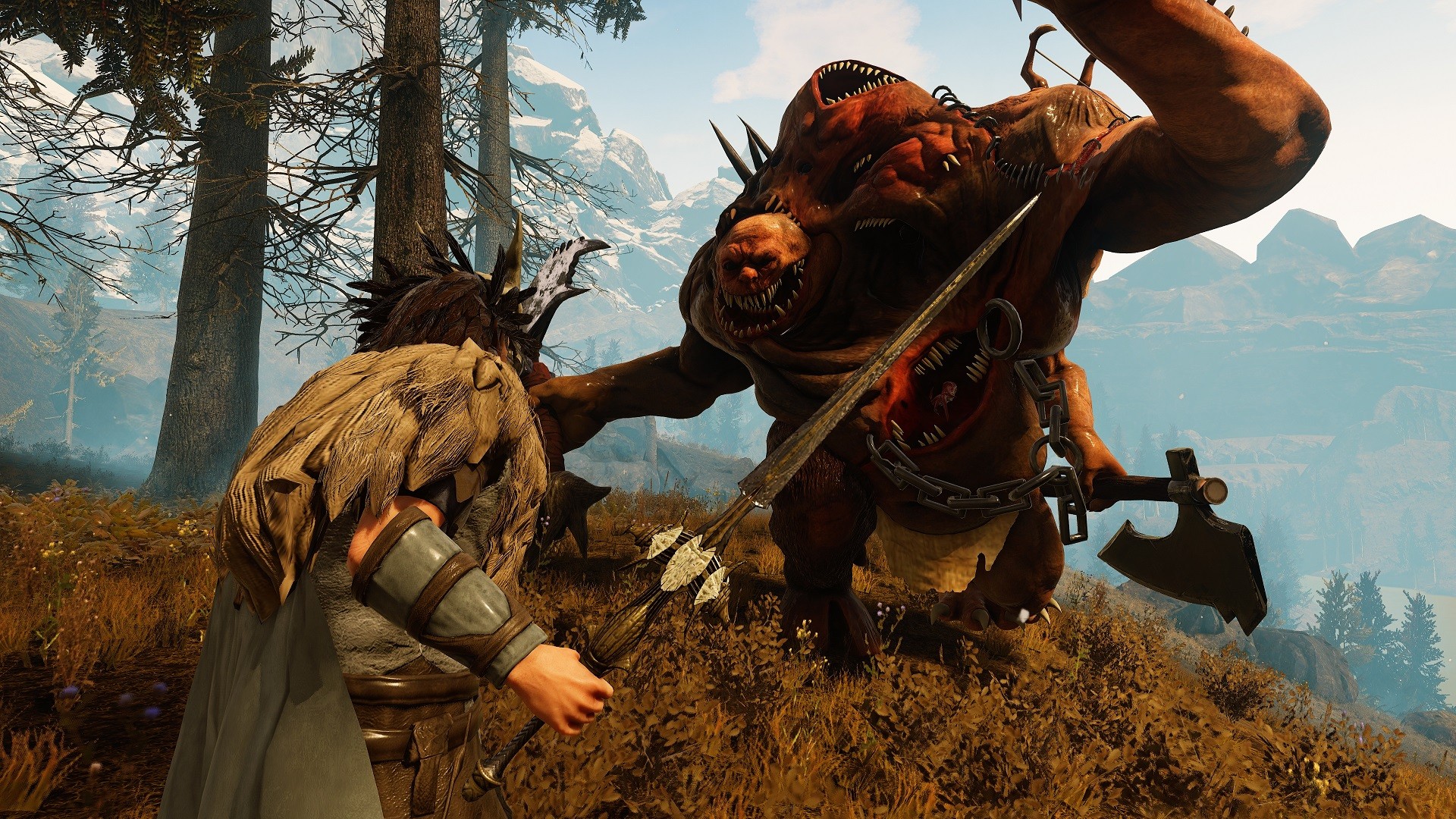 You can also tame beasts, which that uses a beam like the harvest ray. The process is slow (are you noticing a trend here?) and so you’ll likely run out of mana long before you tame anything—even if it’s weakened to the point of death’s door and several levels under you. It’s neat that you can saddle basically any four-legged beast that’s large enough to hold you, but given that many of the world’s creatures are quick to run away and you are oh so slow, trying to track one down is an exercise in frustration. There’s a haste spell, but spamming that to maintain proximity to your target while also using the mana-draining taming ray is less than effective.

Performance-wise, Citadel: Forged With Fire stutters at random and these slowdowns make the difference between animations playing out correctly or not at all. Even after increasing the experience multiplier so that I could blaze through those first few levels and get more done didn’t help to overcome the numerous shortcomings. I tamed a big brown bear and named him Ursaring (but only because I couldn’t name him Ursa Major because spaces aren’t allowed) and that was the highlight of my playthrough. Then, I deleted Citadel: Forged With Fire and won’t be going back to it.

Citadel: Forged With Fire still needs work. Only the most hardcore of survival game enthusiasts with saintlike patience could wade through the slog that is Citadel’s introductory period. There aren’t many people online, either, so unless you’re fine with playing solo, in a big, empty world, or you have friends with which to create a private game, I’d steer clear. There are better survival games out there with thriving communities and a lesser asking price.