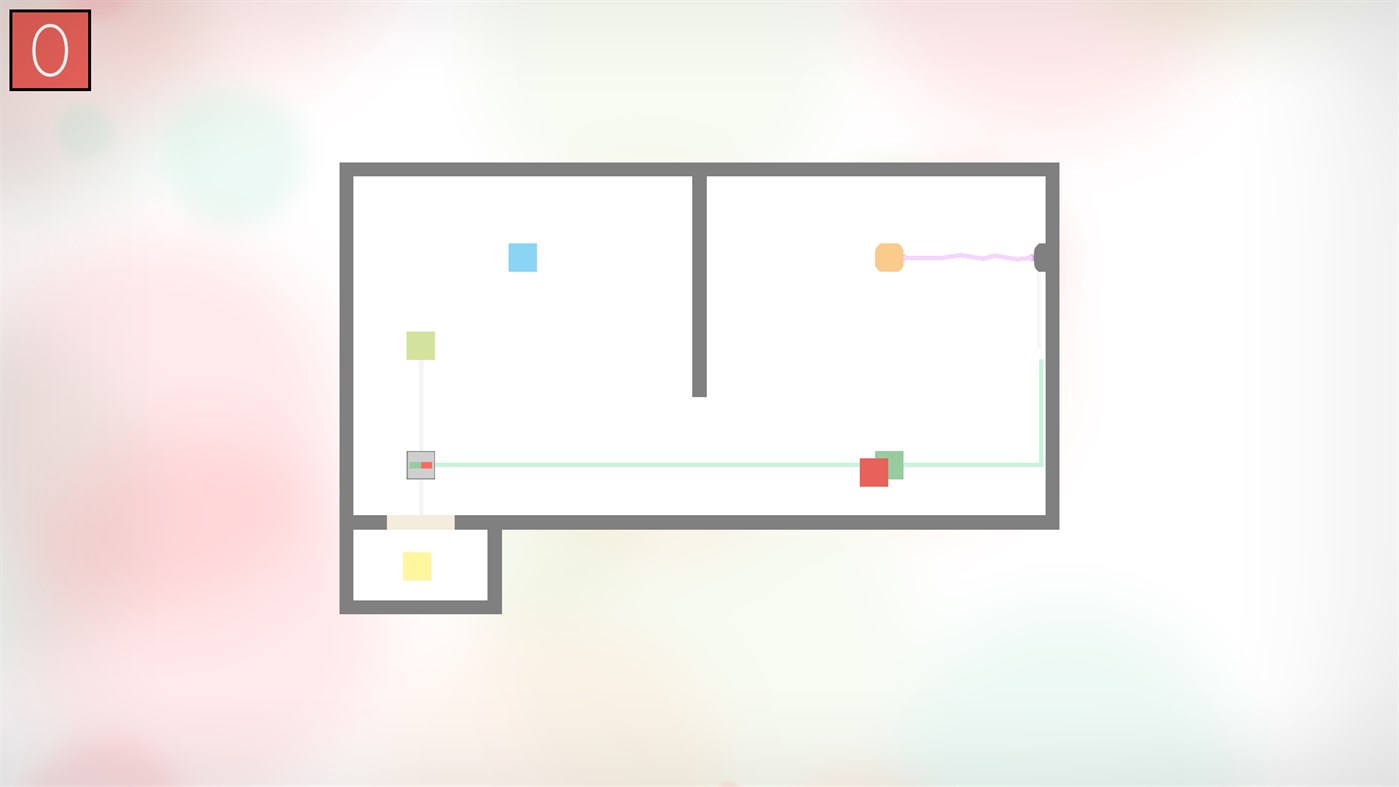 Life as a square can be dull. No other squares to hang out with, and no meaning to your pointless existence. If only someone created a puzzle challenge for those poor bored squares. Well, now they can rejoice! Developer Eric Freeman and his partner Danielle have created a puzzle adventure title. Deja Vu asks you to solve several puzzles. Between each level, you read a statement. Who is making these comments? Will our paths finally cross? The answers to these questions can only be found by progressing through each level.

I’m a massive fan of the puzzle genre, and I’m keen on the ideas that indie developers come up with. The moment I loaded Deja Vu in it reminded me of a title that I have recently played, HyperDot. Both games use a similar logic based approach, though HyperDot is faster paced. They have a similar aesthetic and audio, but this is where the similarities end. Deja Vu uses a very simple concept, move from point A to point B, using switches to unlock doors, and avoid the lasers.

The game spans 49 levels, you open with an easy stage, which allows you to get used to the game mechanics. It has a gentle learning curve, and the difficulty slowly ramps up as more elements are to be considered. As a singular square, using pressure plates to open doors can be troublesome. Never fear Eric was kind enough to provide moveable objects to resolve that issue. As you get to grips with that idea, you discover that an identical twin square is chucked into the mix. You control the pair using the same analogue stick. You use the environment to manipulate distance and forge new paths past locked doors. As a male I class this as multitasking, so I was proud that I mastered this mechanic. Finally, Danielle and Eric decided that the pièce de résistance was cloning….. Oh developers, you know how to make a man work for his game completion. This last element was a masterstroke, and it made me think outside of the box. You must think several moves ahead, inputting the path you wish your clones to take. Once you are ready, you set them on their way, all while you try to progress through the stage. 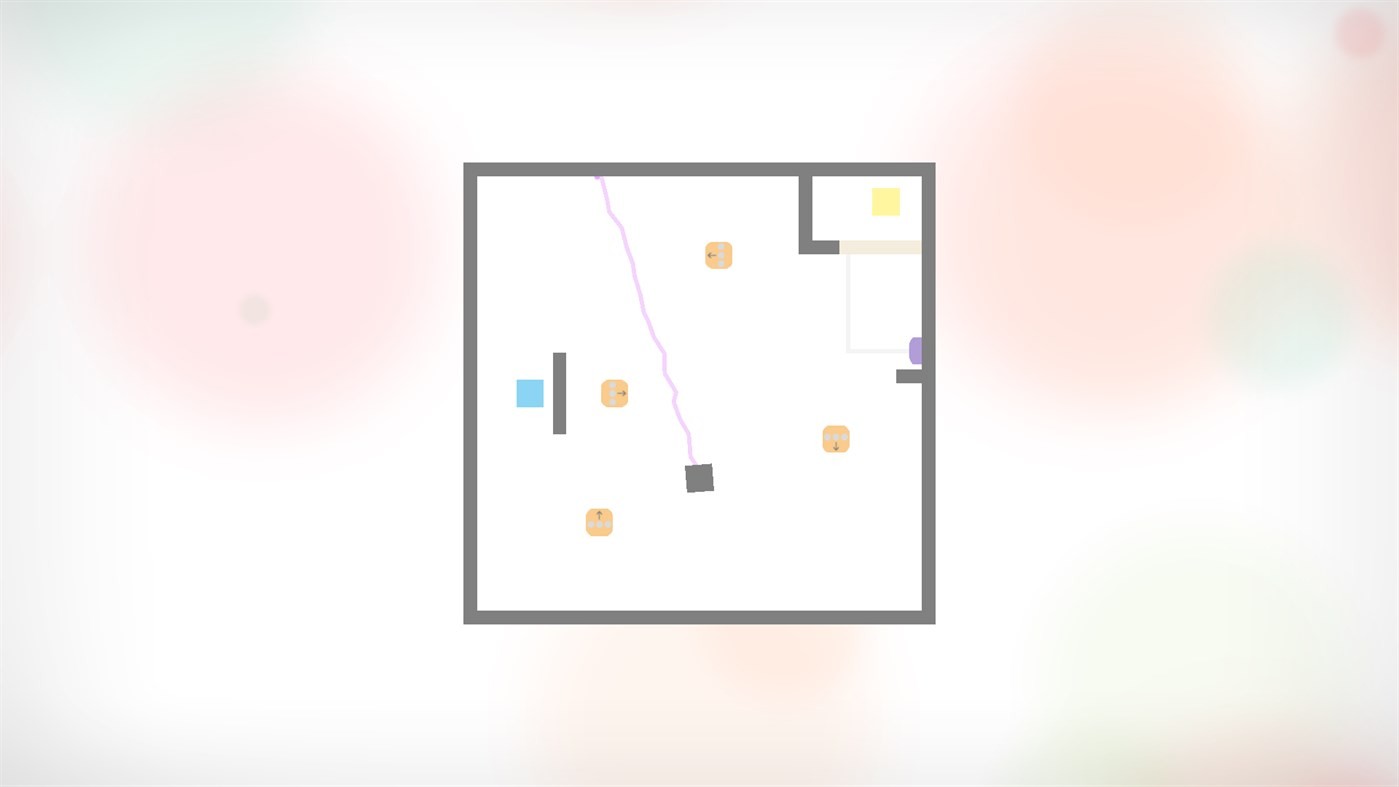 On paper the last element seems confusing and overly complicated. Trust me, it isn’t. Once you get your hands on the game, you will say “ah yeah, Dan was right, it’s not so bad!” Though the concept is simple and straightforward, the difficulty challenges you. There were several times I thought I had the solution nailed, only to be hit by a stray laser. Much mumbling and lip biting was had while I was completing this title. Though, it never reached the stage of rage quitting, or controller smashing. A quick restart option allows you to reset the stage and learn from any mistakes. Trust me, you will use this button an awful lot. Mistakes are a guarantee which makes success all that much sweeter.

Deja Vu plays out from a tabletop perspective. All the action is set out in front of you, as such, you can plan all moves with no issues. Each stage has a similar appearance. A simple colour palette of light tones was used, where crisp lines define the playable area. A minimal User Interface keeps the screen clean of clutter. The simplicity kept me focussed on the task at hand. However, I would have liked to see more variation in the look of the stages. You are on an unknown journey, and as you get closer to the end goal, it would have been nice to have some visual clues. This is me being picky, as the graphics are good and work well with the theme.

This title has an air of science fiction. Moving squares with their own AI will give you that feeling. The audio reinforces this with its dreamy electric sound. It’s non offensive nature, and ability to fade into the background reminded me of lift music. I know what you are thinking, “I hate lift music!” I agree, most lift music is terrible, but what I mean is, the audio for Deja Vu serves a purpose. It wants to create a calm atmosphere without being in your face, and Eric and Danielle have succeeded. The sound effects are very Star Trek. The whooshing sound of the sliding doors and the clunk of the switches were so basic, but they worked. The audio combined with all the other elements delivers the theme. 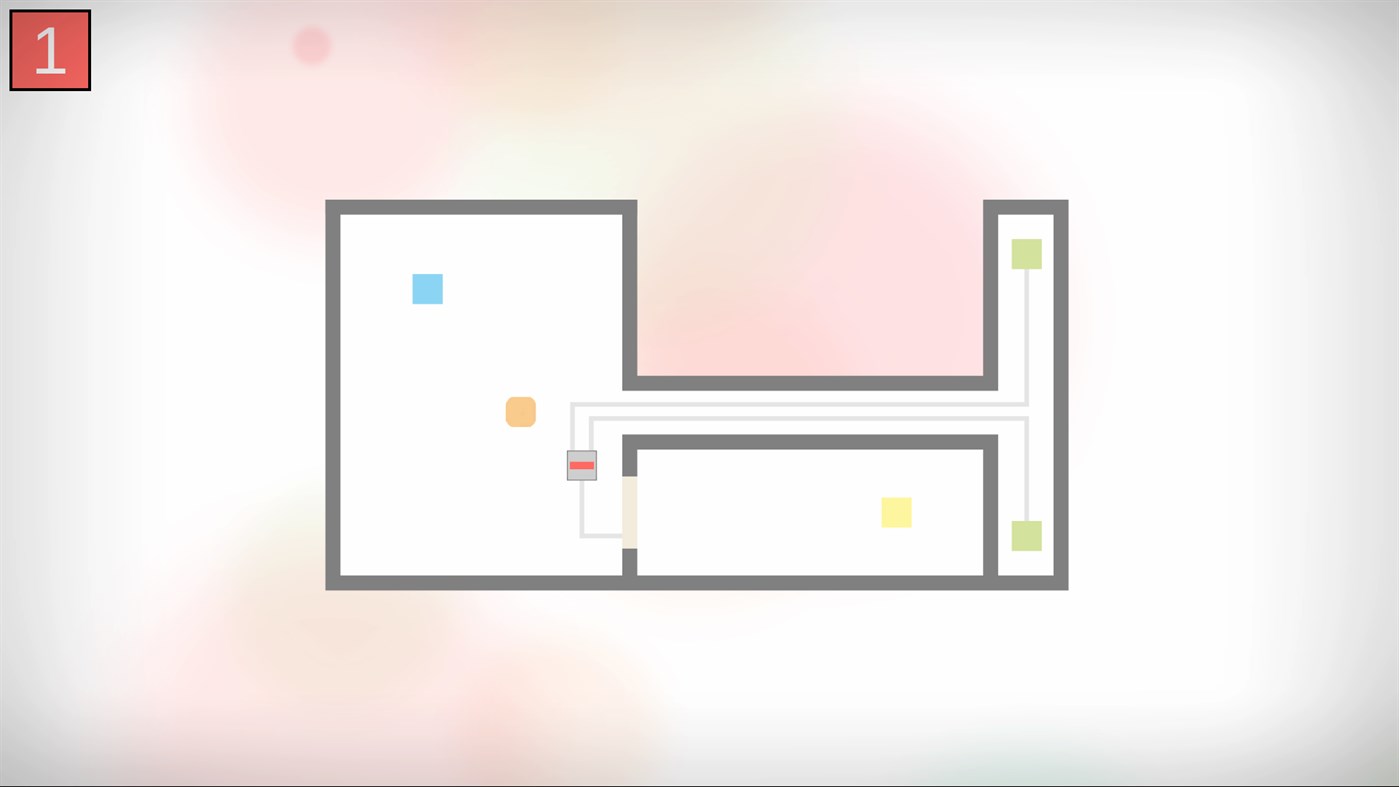 I have a bit of a love hate relationship with the control setup. It’s not because it’s complicated, because it really isn’t. It’s not because it’s too sensitive, or there’s input lag causing issues with accuracy. My problem revolves around the use of clones, and their inability to follow what you had set. So let me explain. Whatever action you complete, the clone is supposed to copy, move forward and wait on a switch, now use your clone. It should do exactly what you had done. Yet, there were times they didn’t follow this simple instruction. If your clone failed to follow the task, then it was stage over, and reset time. This was frustrating, as all progress for that level would be lost through no fault of your own. I’m not too sure if this was a bug, a game mechanic, or user fault. If it isn’t intended I hope that it will be patched in future updates. Other than this, the control setup worked well. It was straightforward, and easy to master.

For me, there is little replay value in the puzzle genre, Deja Vu follows this pattern. An easy 1000 Gamerscore can be achieved through natural progression. The gameplay lends itself to the speedrun genre, but this wasn’t taken advantage of. This would have added a new layer and would make players return for more. A timer could have been added to each stage with a rating based on completion time. This would have added an element of competition, and a more challenging experience. As it is, 49 levels of increasing difficulty represent good value for money. My in game tracker shows 4 hours 30 minutes to complete my run through, so plan for around 5 hours of gameplay. This represents good value for money.

Deja Vu was a pleasant surprise. Its gradual learning curve and many gaming mechanics made it a joy to play. The mystery surrounding the storyline ensured that you kept playing. And every element, no matter how simple helped to support the premise of this title. Other than the minor points I’ve made for improvements, you couldn’t hope for a better puzzle game. Do I recommend this? Yes, I do. It’s a fun and frustrating title which will make you want to complete it in one sitting. Can you make it through the maze of traps to get to the end? Only time will tell!

A puzzle title that makes you think outside of the box. Can you help the blue square fulfil his destiny?