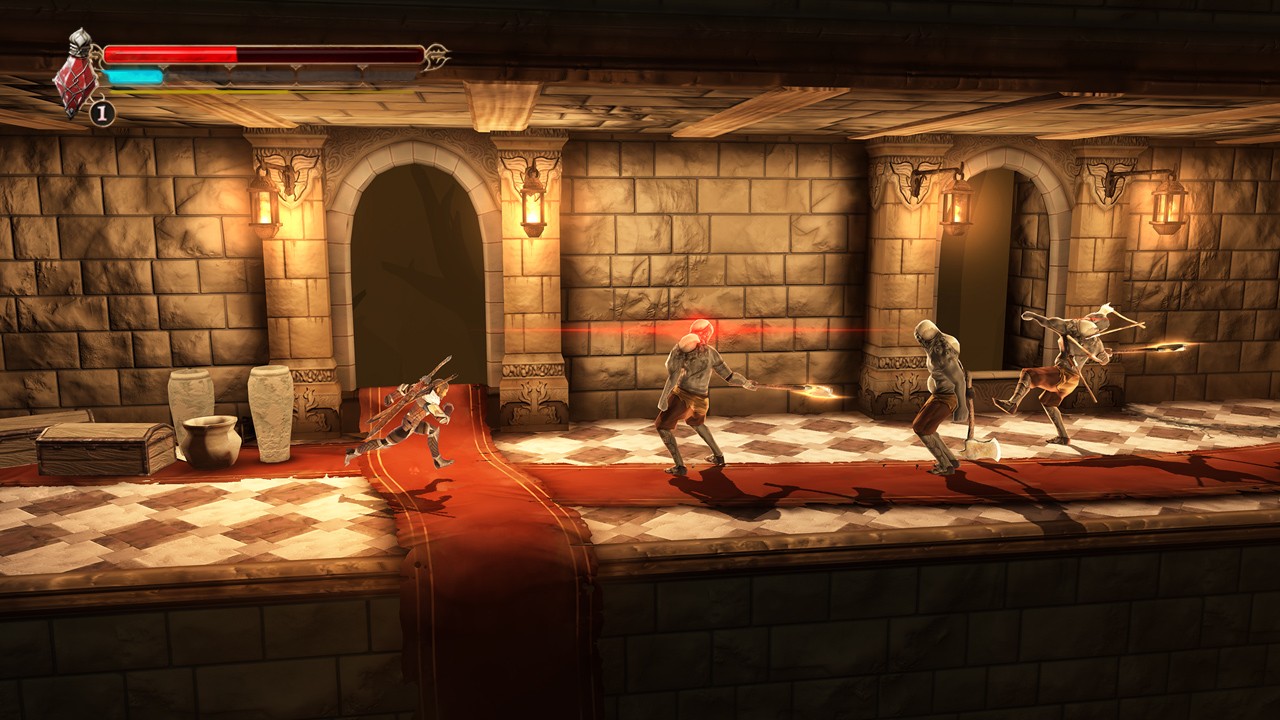 When Grimvalor first made its way to mobile platforms back in 2018, it stood out from the rest of the competition by offering gameplay, graphics and performance, which were rarely seen on the mobile gaming landscape, cementing its status as one of the more entertaining mobile games in recent years. And while it borrows certain elements from bigger franchises such as Dark Souls and Castlevania, it merges these organically into one entertaining adventure. Now available on the Nintendo Switch, how does Direlight Games’ dark hack-n-slash action title fare?

To start things off, you play as either a male or female scout, tasked with exploring the doomed kingdom of Vallaris. There’s a brief backstory, which, while not the most unique out there, still gives an eerie atmosphere to the game. The rest of Vallaris’ dark history is revealed as you meet more characters throughout your quest. The story is split into chapters or “acts” which do a nice job of piecing together the story.

There’s a quick tutorial at the beginning, which gives you time to practice the basic movements and attacks which you must use to survive Vallaris and its many Denizens of the night. From the get-go you can double-jump, run up walls, and dash to get from point A to point B faster. The dash function also serves as a means to dodge enemy attacks, which works fluidly and adds a layer of speed to movement. This is one aspect of movement that I personally enjoyed, and in my opinion added a smoother flow to the gameplay. Attacks come in two varieties: you’re given the choice of using a primary attack or a secondary, more powerful attack to vanquish your foes. Of course, Grimvalor gives you the option of re-mapping controls to different buttons. I played around a bit and came up with a configuration similar to the control scheme of the Mega Man Zero games, just for fun. Combat is fast and fluid, and I quite enjoyed slashing my way through hordes of enemies.

Enemies are abundant throughout Grimvalor. Aside from the typical grunts which you’ll encounter time and time again, there are of course bosses at the end of each act, and they each have their own methods of fighting. You WILL die at some point, but once you get the hang of each boss’ pattern, things get a bit easier – until the next boss, that is. 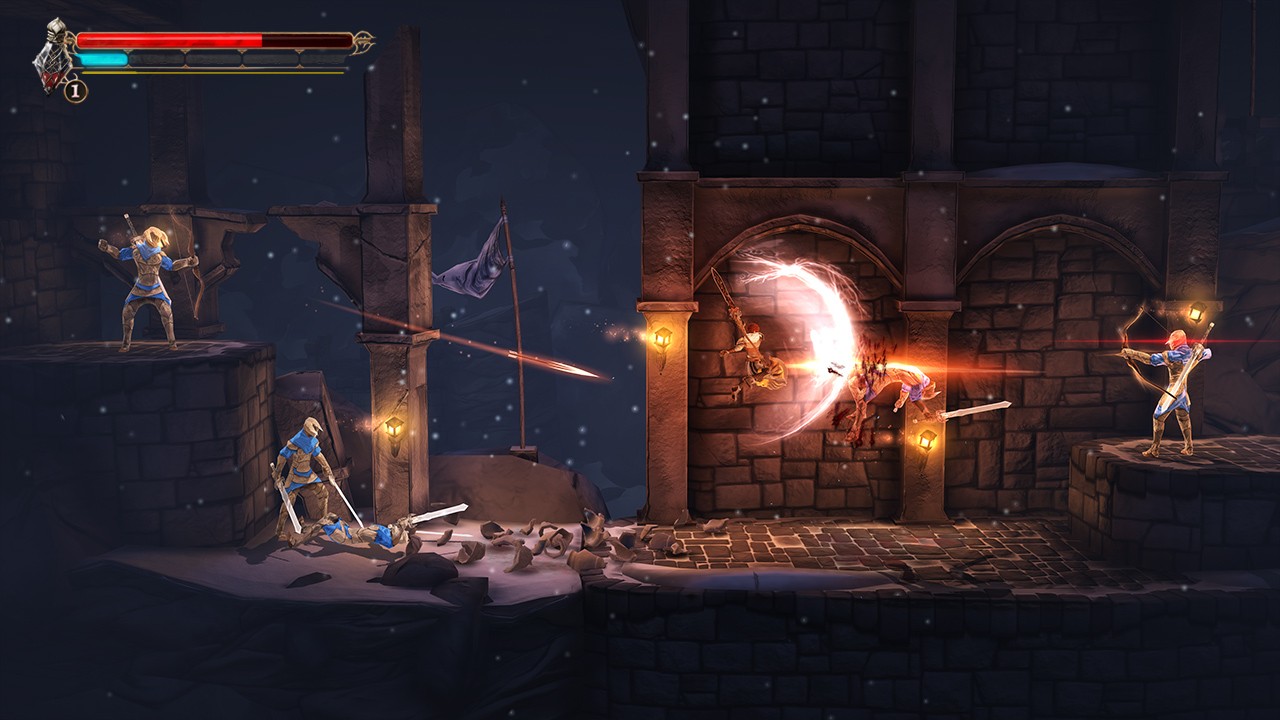 From a visual standpoint, Grimvalor appealed a lot to me. Having been a fan of games from franchises like the Legacy of Kain series, Castlevania franchise (and the subsequent Lords of Shadow spin-offs), the dark, gothic atmosphere of the game had me hooked from day one, from an audio-visual standpoint. Movements, both from your avatar, enemy units and environments grace the screen effortlessly, and the same can be said for attack animations. However, it goes without saying that backdrops and environments within the game can get repetitive at times. By the time I was at the third boss, spooky castle corridor #48 looked a lot like the ones that came before it. Of course, you will still be taken through different locations in the game, such as underground caverns and spider-infested ruins, but it would’ve been interesting to see a lot more variety. You’ll also find save points scattered throughout these locations, which allow you to replenish your health bar and level up your stats. Level-ups are made possible by collecting soul shards, which are dropped by fallen enemies.

Back-tracking is somewhat prevalent throughout Grimvalor as well, if you’re determined to collect all the treasures hidden in each act. There’s a couple of hidden detours now and then, which adds a tad more exploration.

Besides strengthening your stats, you can buff up your character by equipping weapons, armour and trinkets. These can be obtained once you unlock the “Nexus,” and subsequently the merchant and forge. Nexus locations are scattered across the map, and serve as a sanctuary of sorts, free from traps and enemies. Trinkets can be purchased from the merchant in exchange for soul shards, and these give you little perks such as stat boosts, attack abilities, and even HP recovery items. Meanwhile, armour and weapons are available from the forge, and you can reinforce these by collecting and spending “treasures” which are hidden throughout the game. 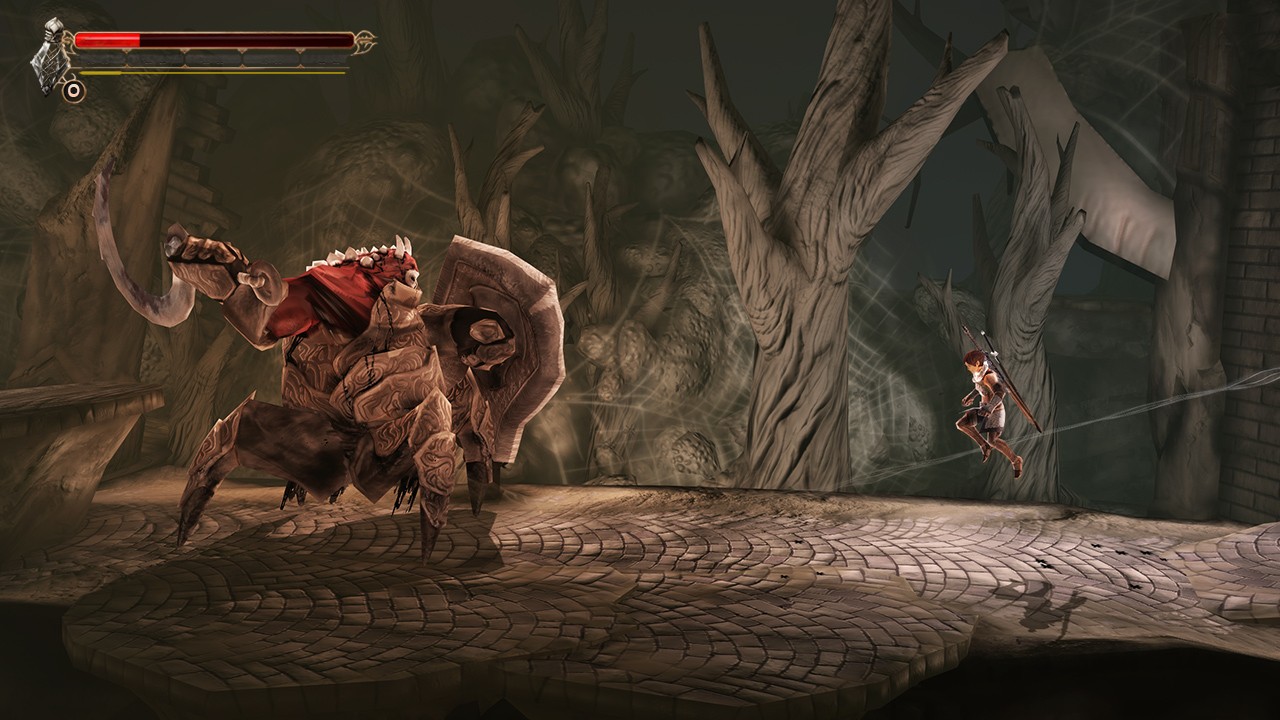 As of 2020, Direlight has added a few features to the game through an update. Grimvalor now comes with a New Game+ mode, which will let you replay your finished campaign from the beginning, whilst keeping your character, equipment and level. There are a few differences, though – weapons and other obtainable armour is broken into pieces which will need to be collected as you traverse Vallaris, and Trinkets are likewise more powerful, adding more flair to second runs.

I like Grimvalor – no wait, I ENJOYED Grimvalor. I enjoyed it before on Android, and I certainly enjoyed it again on the Nintendo Switch, especially with a readily available array of control options. The action is tight, and the addition of a New Game+ mode adds better replayability. If you’re after a hack-n-slash platformer with enough bark and bite to keep you entertained for hours, then I highly recommend that you check this out.

Grimvalor gets a lot of things right, and fans looking for a dark, gothic, hack-and-slash platformer for the Nintendo Switch should check this out.

Solid gameplay, and the addition of a New Game+ update increases replayability.

While graphics are good, in-game backgrounds could have had a bit more variety.