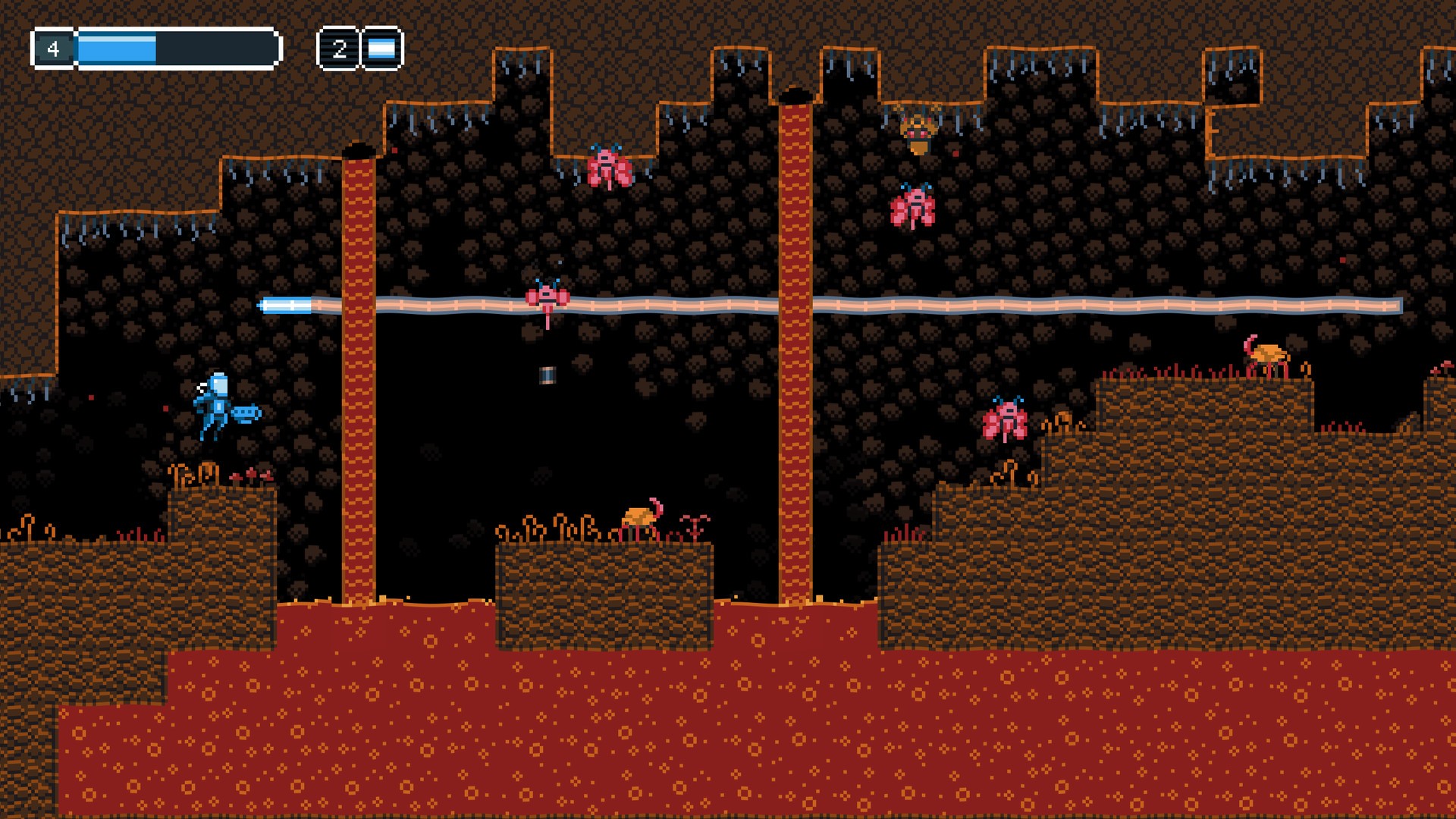 We all imagine what the future will be like; hover cars, virtual reality, peace and no disease or famine. This rose-tinted view of the world couldn’t be further from the truth. Whimsical’s latest title Escape from Tethys shows a bleak and dangerous existence. The year is 2647, the galaxy’s governments are a shambles, and 2 private companies run the show. Turan Science Corporation (TSC) and Intergalactic Robotic Industries (IRI). I know what you are thinking, “What could go wrong with 2 major companies in charge?” The answer, everything!

In the battle to stay one step ahead of their competition, TSC has a plan. They send you their best weapons scientist, to the factory on planet Tethys. The hope is that you will increase production and keep them ahead of their rivals. What they haven’t thought about is the opposition is one step ahead. As you arrive sirens are whaling, and the evacuation is in progress. You are being pursued by a bloodthirsty droid from IRI, your only way to survive is to escape. You must explore the hostile environment, upgrade your guns, and fight your way off the planet.

Escape from Tethys is a brutal side-scrolling Metroidvanian platform title. You control the last surviving member of the TSC. Your best way to escape is to upgrade your equipment and fight. You begin the adventure with a weak laser rifle, and limited movement. As you explore, you find recordings that have been discarded. They tell you to search for prototype weapons and equipment that will help you survive. No clue is given to the location, or how these objects will help you. Yet, I desperately searched for them, anyway.

You are free to search the planet as you see fit, your limitations are set by your own ability to explore. Walls will be too high, or gaps too wide. You must wait until you pick up a jet pack or a movement boost before you can continue. You may think these restrictions would ruin the fun of the game, but that wasn’t the case. I loved diving further into the unknown, not knowing if I was going the right way, or if I would survive. The game opens with a warning about no auto save facility. You must save the game before quitting, otherwise you will lose all progress. I fell foul of this countless times, ruing my stupidity every time. So if you are going to take this game on remember, THERE IS NO AUTO SAVE. 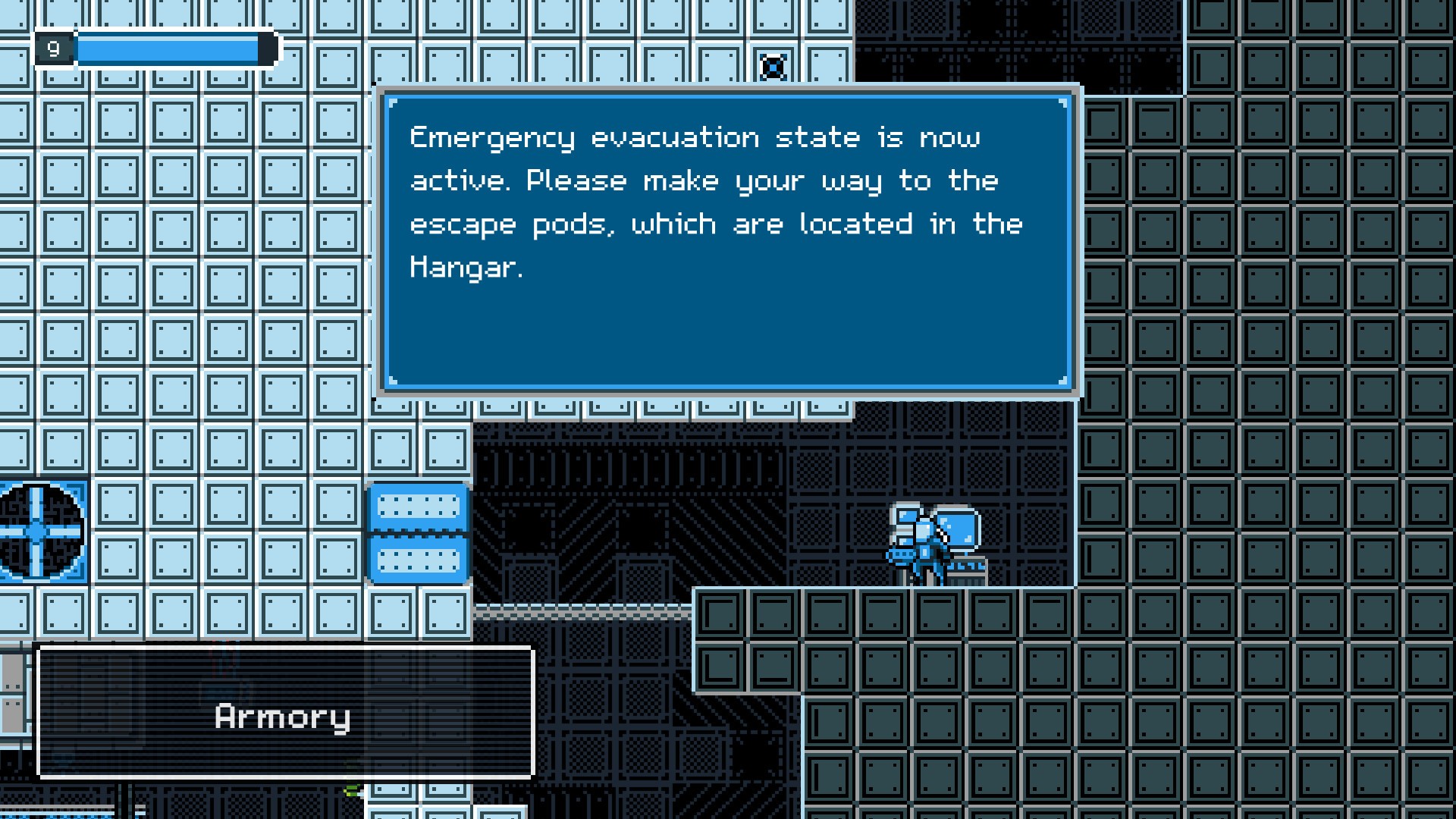 The planet of Tethys comprises many zones. Some are more hostile than others, but all are very dangerous. Each has its own unique set of creatures that want to rip you apart for no apparent reason. They all follow a set movement pattern, so the best plan is to study them, and then prey on their weaknesses. You will uncover areas that are pitch black, and you must navigate by luck and not judgement. I found I left these areas, though I’m sure the reward of making it to the other side would have been worth the effort.

If it isn’t the local creatures, or the insane robot trying to kill you, it’s the environment. Lava, acid lakes, and poison all await you. It’s like a hardcore version of the Crystal Maze. Lava would rise and fall, and platforms will be revealed. Timing and precision are needed to pass. It’s a shame I’m terrible at both things, so this game brought out the worst in me. Profanities and lots of head shaking and tutting accompanied the action. This title is designed for the skilled and patient gamer. Many a controller will make its way to Silicon Heaven because of its difficulty level.

Though you are free to explore, the game has bosses in each zone, and a linear structure to the end goal. This wasn’t very clear, as the developers wanted the title to feel fluid and random. Each of the bosses you face has their own set of attacks, so patience and observation is the name of the game. There is no reward for taking each of them down, except for the glory of obtaining an achievement. I didn’t experiment, but I’m confident that you could miss most of them out, and still be able to finish the game.

Escape from Tethys is basic to look at. It follows the standard pixelated graphics and simple platform style. This isn’t a bad thing, as it works well with the genre, it just doesn’t break the mould. And felt safe. What I liked was the variation in the look of each zone, and the use of the colour palette. Each area was labelled, and the look of it matched the description given. The sprites were simple in design, but easy to identify. I was quickly familiar with each enemy type and could plan how to defeat them so I could proceed. When I’ve played other retro pixel games, it’s been hard to identify the traps and obstacles. That wasn’t the case here. 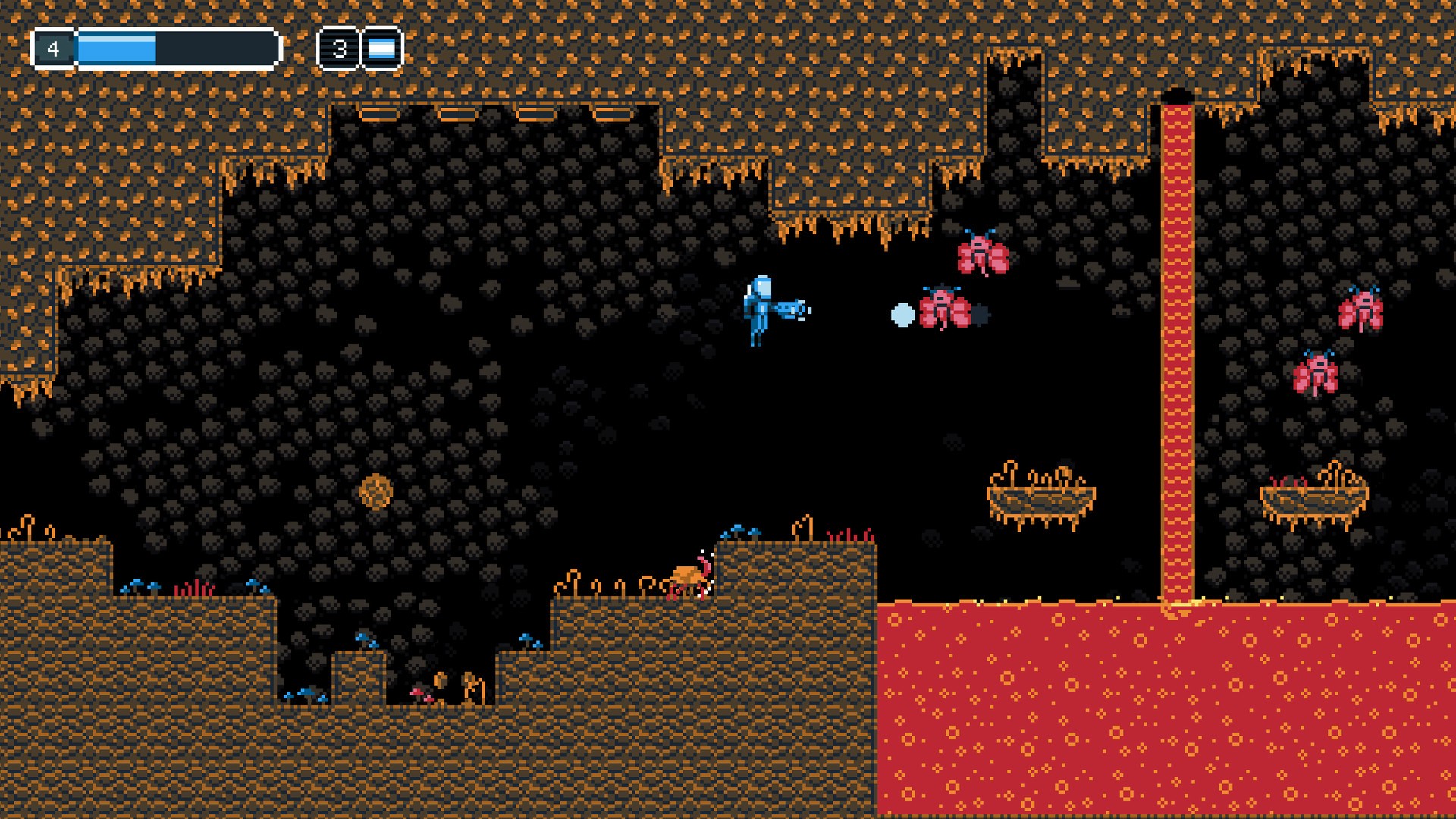 The developers have used a classic audio setup. High tempo music, and classic Sci-Fi sound effects. It works well, but didn’t make this stand out from other indie titles in the genre. I would have liked to hear unique sounds from the creatures and bosses, or voice over work for the audio clips. But this never happened. It left the sound element of the title feeling safe, yet, flat!

This is a game about precision, focus, and control. I expected the control setup to be easy to understand and be responsive. The button mapping is well laid out, and easy to understand. This meant I had very few issues. My problem was how slow the button input was, I would press to jump, and the game would respond, eventually. It was painful and frustrating! Jumping from platform to platform and then falling because of a control issue, was poor. This made an already tough game much harder.

With many zones to explore, 2 difficulty levels, and lots of item upgrades, there is much to keep you playing. A challenging achievement list, and several bosses will make you come back for more. I invested around 5 hours into the game, and I’ve still got plenty to see. You can complete this in under 90 minutes, but I could not get anywhere close to this. The only thing that will stop you wanting to play is how difficult it is.

I enjoyed the premise of Escape from Tethys. It was refreshing to be given the freedom to explore as I wished. However, death was almost a certainty, as was frustration. This title isn’t for the feint of heart, and you will need patience of a saint to get through it without swearing. Do I recommend that you play this title? Yes, I do. However, it was unfortunate that the developers played most of this game safe. It was well designed, but don’t expect to experience anything ground breaking. Can you put on your spacesuit to help the TSC with their mission of being the number one corporation? Of course you can, but the more pressing question is, can you escape from planet Tethys?

A Metroidvanian side-scrolling experience where frustration and failure are guaranteed. Can you survive the creatures and escape the planet of Tethys?