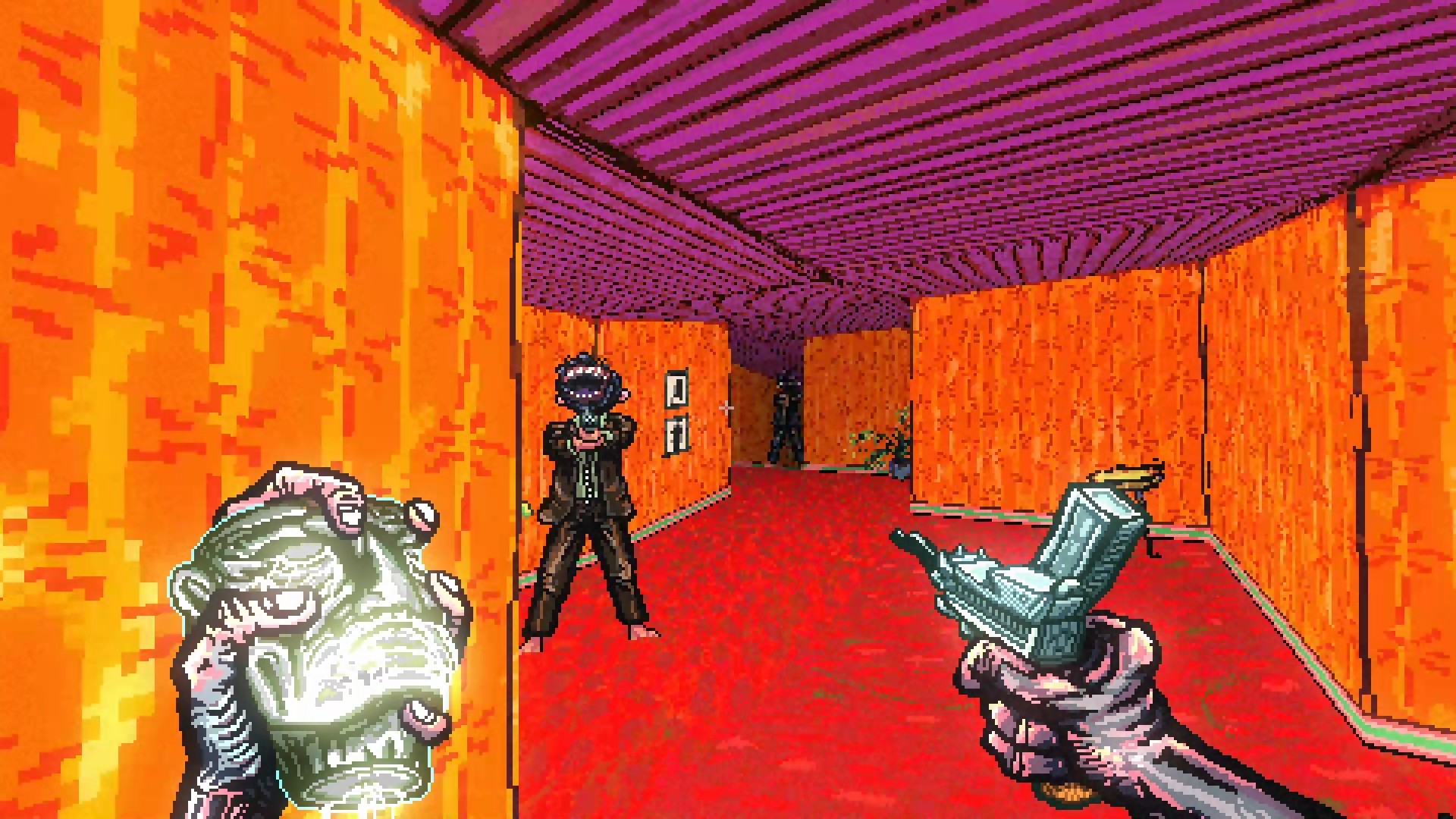 Every now and then there’s a game that comes out of nowhere and has no trouble in surprising me, but this tends to be particularly difficult when it comes to FPS games because I’ve been playing these for over 20 years and they were my first introduction to video games. So, I was amazed when such a cheap, simple and short game as Post Void grabbed me as hard as it did.

Post Void is a hectic first-person shooter with a strong emphasis on speed and fast movement. There’s no time to dally, you must not stop, you have to always be on the move as you constantly run into enemies that can quickly end your life. By sliding you can avoid some enemy projectiles and jumping can serve the same purpose in some instances, but most important of all, you have to be quick on the trigger.

I feel like trying to explain what’s going on in the world of Post Void would be a waste of time, because that time would be better spent talking about how the game actually plays and, funnily enough, time is a precious resource in Post Void. The goal of the game is simple, you have to go through 11 randomly generated levels while carrying an idol on your left hand that is constantly draining your health. The only way to regain your health is by killing enemies. 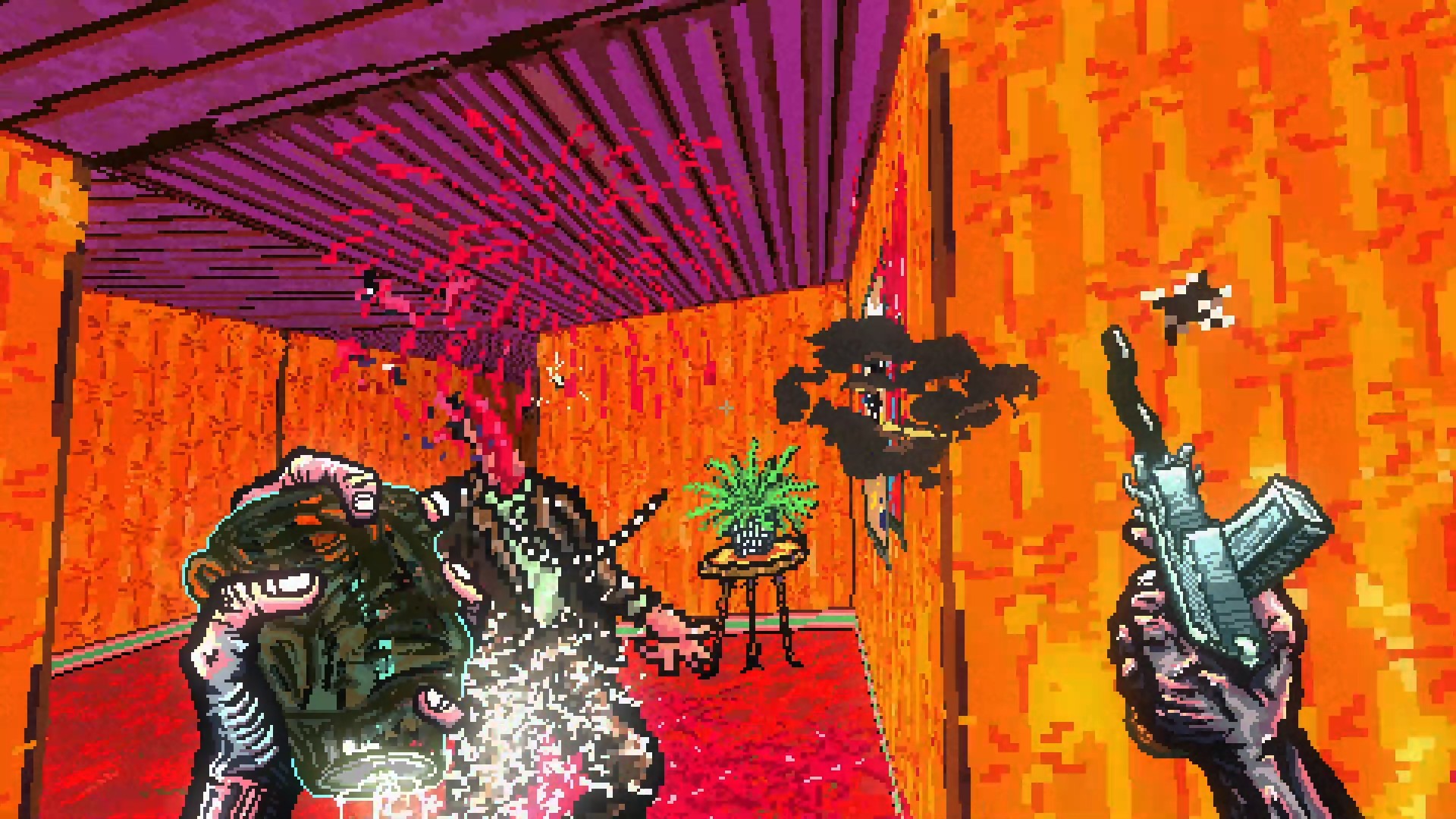 This creates an element of urgency, as you can’t simply take your time to approach enemies, otherwise you’ll quickly find yourself dead. When you’re 3 seconds away from dying, the game will display a countdown right in the centre of the screen so that you know how long you have until you finally perish. If you die, WHEN you die, you have to start over. While there isn’t any sort of permanent progression, you do get to pick an upgrade or a new weapon (there is a total of 4) whenever you move on to the next level. These upgrades are small and simple things such as lower reload times or a compass that points towards the next exit, but the smallest things in Post Void can make all the difference.

Although levels are randomly generated, each level follows a specific set of parameters. Whilst the first couple of levels are pretty simple in terms of layout, they’re essentially narrow corridors with no side-paths, you’ll soon run into areas which are a bit more open and have branching paths with a slight degree of verticality, which might lead you to your own death, as every second in Post Void counts.

Despite being a pretty short game, Post Void capitalizes on the constant change of level layout and its rapid nature to continually introduce new enemy types to players. I honestly wish I could describe some of them, but most of the enemies are just too grotesque and abstract for me to be able to describe them. All I can say is that you can rest assured that the game doesn’t let you rest and it will force you to always be on your toes, ready to respond to incessant threats. With that said, most enemies die quite easily no matter which weapon you’re using, even if you don’t instantly kill them by head shooting them, but so do you. 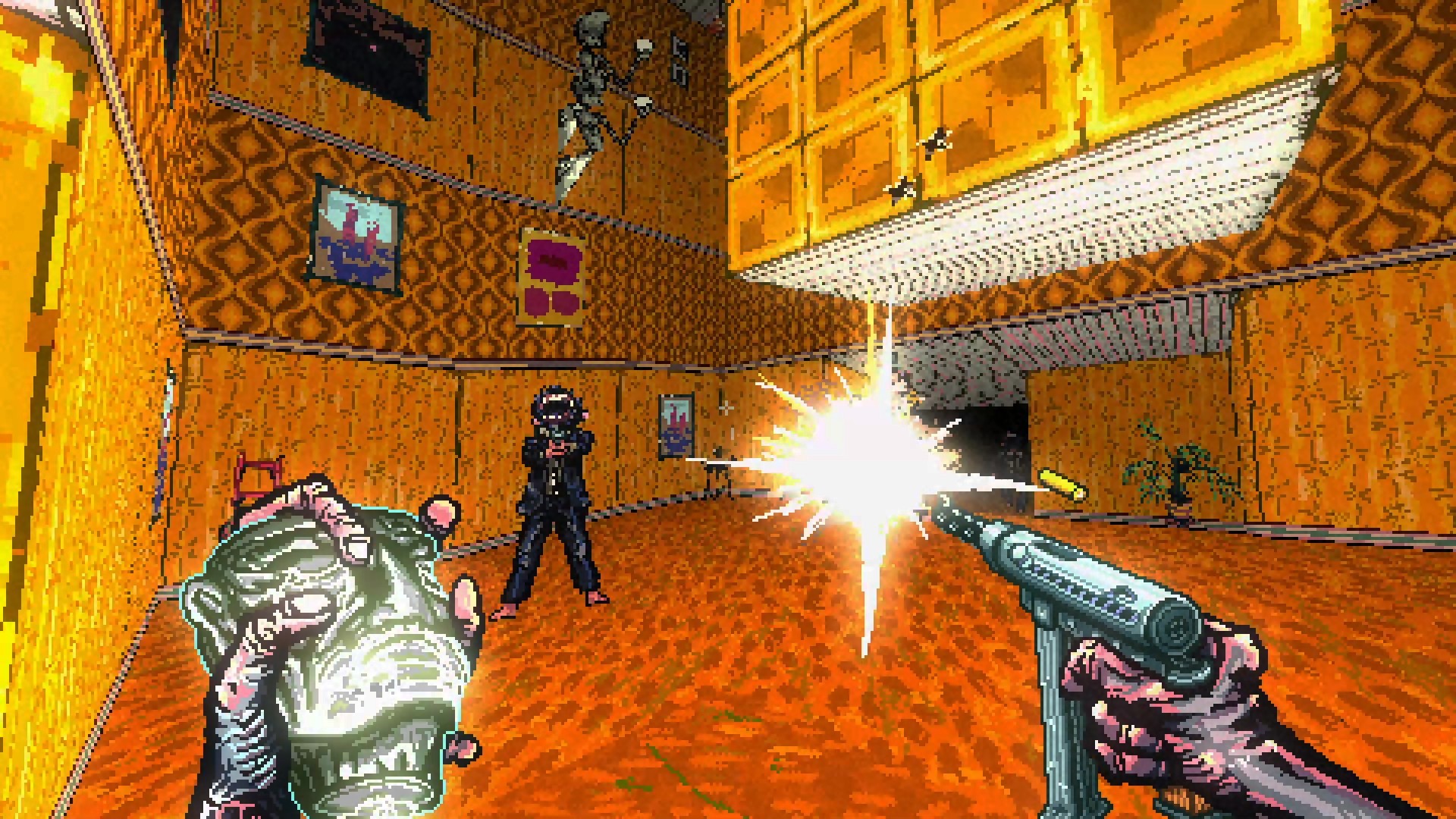 Post Void is a short game that can be completed in about 8 minutes, but that isn’t the same thing as saying that you’ll beat it for the first time in just a few minutes. There’s a good chance that it will take you a good amount of tries before you actually manage to get all the way through to the end. Although you can certainly just be done with the game once you reach the end, I believe that Post Void is a game where I see myself playing over multiple times, simply because of how fun it is. With that said, the game is ridiculously cheap, and it’s honestly hard to complain about what it offers, not only because it’s cheap but also because Post Void is exceptionally good.

It’s extraordinarily satisfying whenever I fire the pistol or the shotgun and feel and hear their shots go off and blow an enemy’s head to pieces. If you’re a fan of first-person shooters, which rely a lot on player movement and fast response times, then I totally recommend Post Void. It’s quite unlike anything that I’ve ever played, with the closest comparison that I can think of being Devil Daggers, which is also an extremely hectic game. Post Void is one hell of a game, go buy it!

Post Void is ridiculously cheap and it’s honestly hard to complain about what it offers, not only because it’s cheap, but also because it’s exceptionally good.