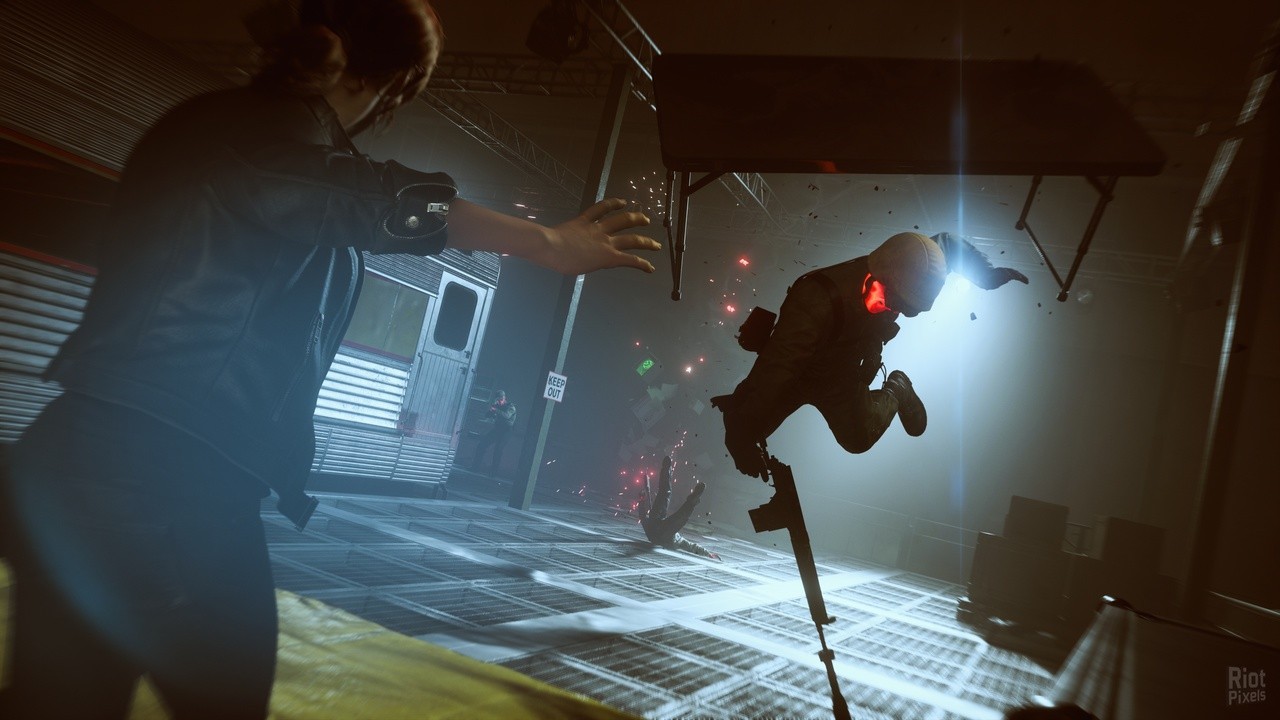 Alan Wake was easily one of my favourite games of the last generation. Equally, Control is comfortably in my top 5 games of this generation. Smash those two together, and what do you get? Well, something I really like, I guess.

While I am somewhat predisposed to very much enjoying a DLC that combines two of my favourite gaming experiences of the last decade, I am also set-up to be uniquely disappointed by it thanks to my invariably sky-high expectations. Luckily, while Control’s, ‘AWE’ DLC never quite matches those totally unrealistic expectations, it certainly comes close, and if nothing else, leaves me wanting much more from Remedy’s now confirmed connected universe of video games.

Despite being something of a slow burn amongst the more mainstream gaming crowd, thanks to continued support from Remedy and several refinements to its initially brilliant but somewhat glitch-ridden gameplay, it feels like Control is finally getting the kind of widespread recognition that this action masterpiece always deserved. And while the all new AWE (Altered World Event / Alan Wake Experience) DLC is undoubtedly preaching to the choir, there is enough in the way of exemplary gameplay and brilliant storytelling to make this an essential purchase for both Alan Wake fans and those new to Remedy’s extended universe. 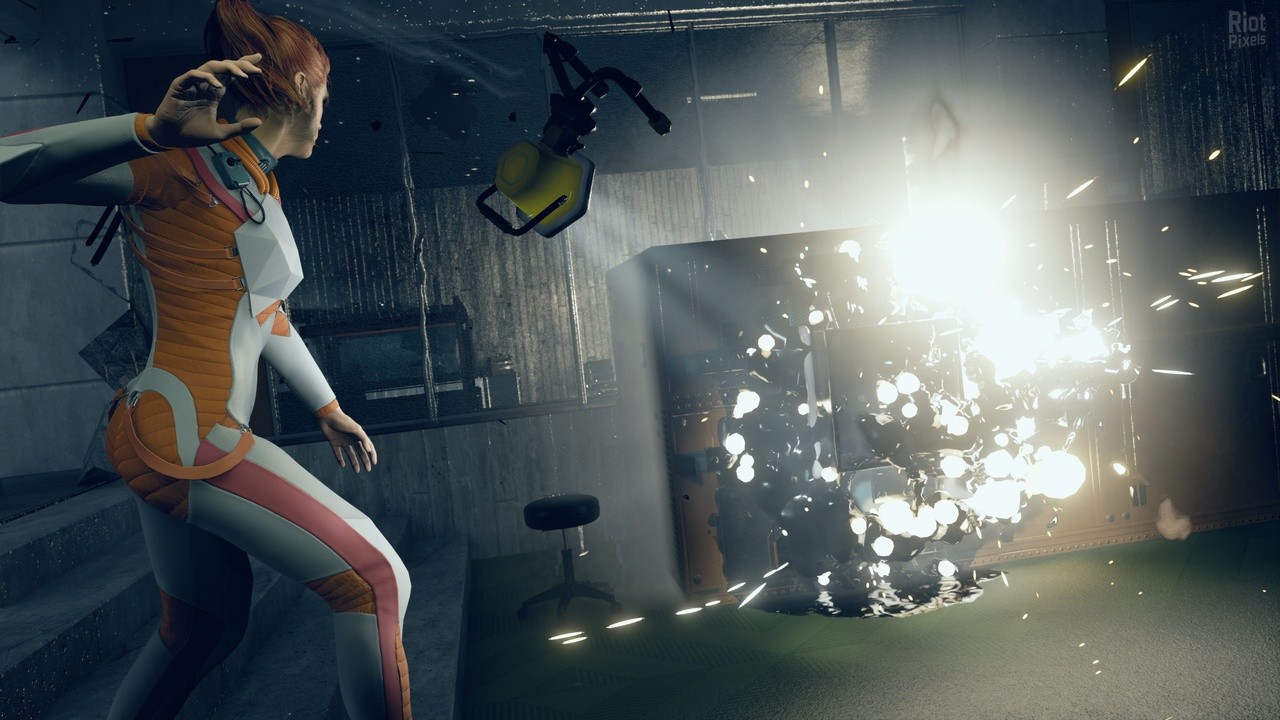 One of the things that makes this so approachable for those who perhaps haven’t even heard of Alan Wake is the fact that, despite several nods to that game (both narratively and in terms of its mechanics), at its heart, AWE is still a Control experience through and through. That might come as something of a disappointment to those hoping for more in the way of Actual Alan Wake-based gameplay, but honestly, this is Control DLC first and foremost and it plays out as such accordingly. This is still Control as you know it – right down to the return of the Oldest House – but, beyond delivering more of the same truly exceptional gameplay that helped Control make its name, it provides the connective tissue to establish a genuine link between the two worlds. Sure, there were references to Alan Wake is some of Control’s collectible documentation, but AWE firmly establishes a concrete connection between the returning, Jesse Faden and the world of Alan Wake and Bright Falls, and for me, well, that’s more than enough.

Don’t get me wrong, (spoiler alert!), Alan Wake is in this game, and the light-based powers that drove the core Alan Wake gameplay experience are used here, but the use of both are undoubtedly limited, and despite the subsequent move to a more horror-inspired take on the Oldest House, this still plays out largely like an additional chapter to the core Control narrative (which is exactly what it is). Again, this might frustrate some, and yes, I was initially disappointed that this didn’t feel a little more like the Alan Wake crossover that I was hoping for, but being realistic, this is still Control DLC first and foremost, and it’s still utterly fantastic.

Unlike The Foundation DLC, which took place in a totally new location, AWE is far more familiar, thanks to it being set exclusively within the ever changing walls of the brilliantly Brutalist, Oldest House. Saying that, while your surroundings are undoubtedly familiar, the new Investigations Department does at least put a new spin on the recognisable surroundings as you explore its long-abandoned hallways and investigate the department’s previous work into Altered World Events. While this leads to more encounters with the Hiss and more of Control’s brilliant combination of tight shooting mechanics and imaginative supernatural powers (including the introduction of a surprisingly useful new form for the Service Weapon), a truly monstrous take on Alan Wake’s, Dr Hartman and a number of light-based puzzles do a great job of bridging the gap between the two games beyond including a bit of voice over work and plenty of collectible documentation and audio recordings. 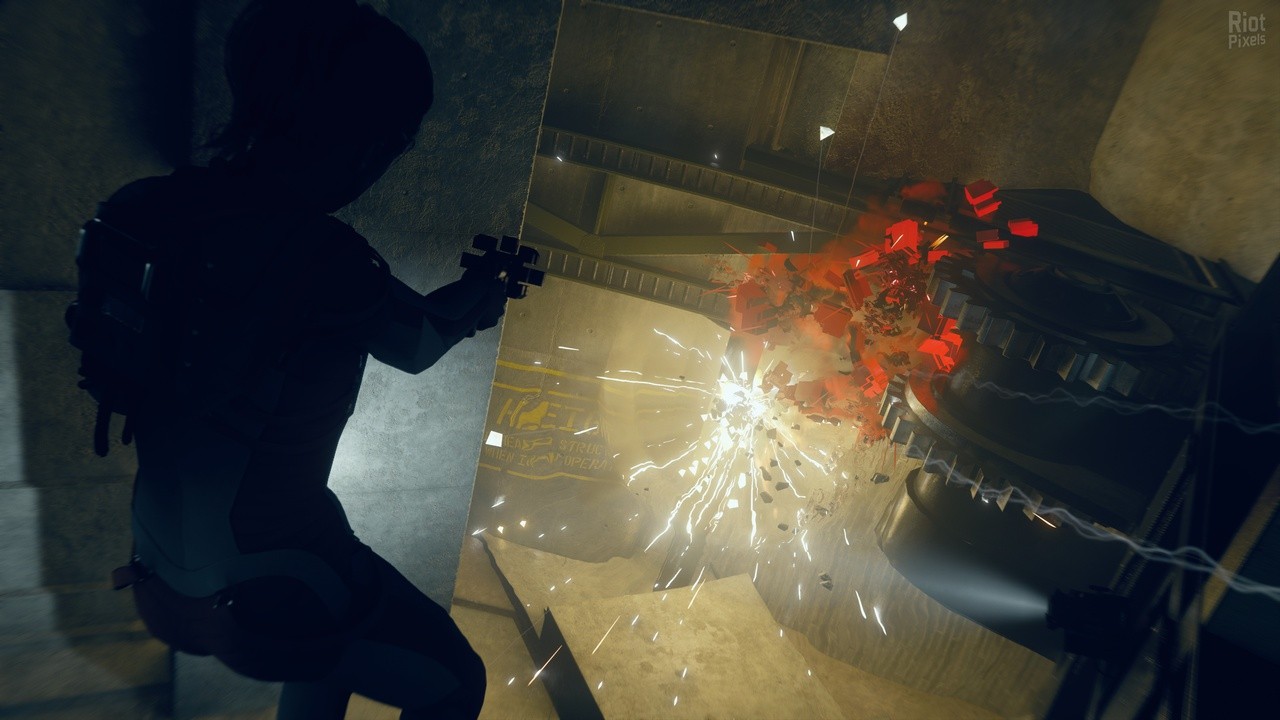 The use of light-based puzzles are initially a touch too simplistic for its own good, but like nearly everything in Control, those systems and mechanics are iterated and built upon until those encounters with the Darkness become much more complex and rewarding. The same is true of your ongoing run-ins with the increasingly grotesque Dr. Hartman. These are some of the most successful, exciting and downright tense encounters in the entire game and are when AWE feels most closely linked to the more horror-based tone of Alan Wake. Like the light puzzles, your first encounter with Dr. Hartman might feel relatively basic, but by the end of the DLC, those encounters will have evolved into challenging, tense and hugely rewarding affairs.

Outside of the largely successful core narrative of the AWE DLC, the introduction of all new Altered Items adds greater depth and the potential for a bit of much needed levity. Like the abundance of collectibles (Control might have more collectibles and additional reading than any game I have played in recent memory), these are all optional additions, but for those interested in Control’s wider world and its increasingly strong links to Bright Falls, it’s all well worth searching out. An Altered Item arcade machine also allows you to go back and take on previously defeated bosses and partake in additional combat-based challenges which, while nothing new, provide a great excuse to relive some of Control’s more challenging encounters (some of which are actually pretty tough).

Those expecting something closer to an actual Alan Wake Experience might be initially disappointed by the fact that Control: AWE is undoubtedly more Control than it is Alan Wake, but honestly, it’s hard to stay disappointed with a gameplay experience as polished and brilliantly constructed as this. Sure, it’s more Control and more of the Oldest House in its most recognisable form, but it’s more of one of the finest games of the generation, and a DLC that truly establishes a tangible connection between the Oldest House and Bright Falls. With a more horror-based tone and some well implemented gameplay nods to Alan Wake, this is much more than the previously hinted towards links between the two worlds – this is them definitively coming together, and unless 2020 lasts forever, surely a sign that a genuine Alan Wake follow-up must be on the horizon. Whatever the case, this is a truly successful first step towards Remedy’s expanded universe and further proof that Control is amongst the very finest games of the generation. Now, with that out of the way, hopefully Remedy can release a Quantum Break-themed DLC to complete the set……and that’s totally not a joke. That game is criminally underrated, and if it’s one you sat out because of its links to the Xbox One’s disastrous early messaging, I strongly suggest you give it a go.

Remedy’s expanded universe and further proof that Control is amongst the very finest games of the generation.