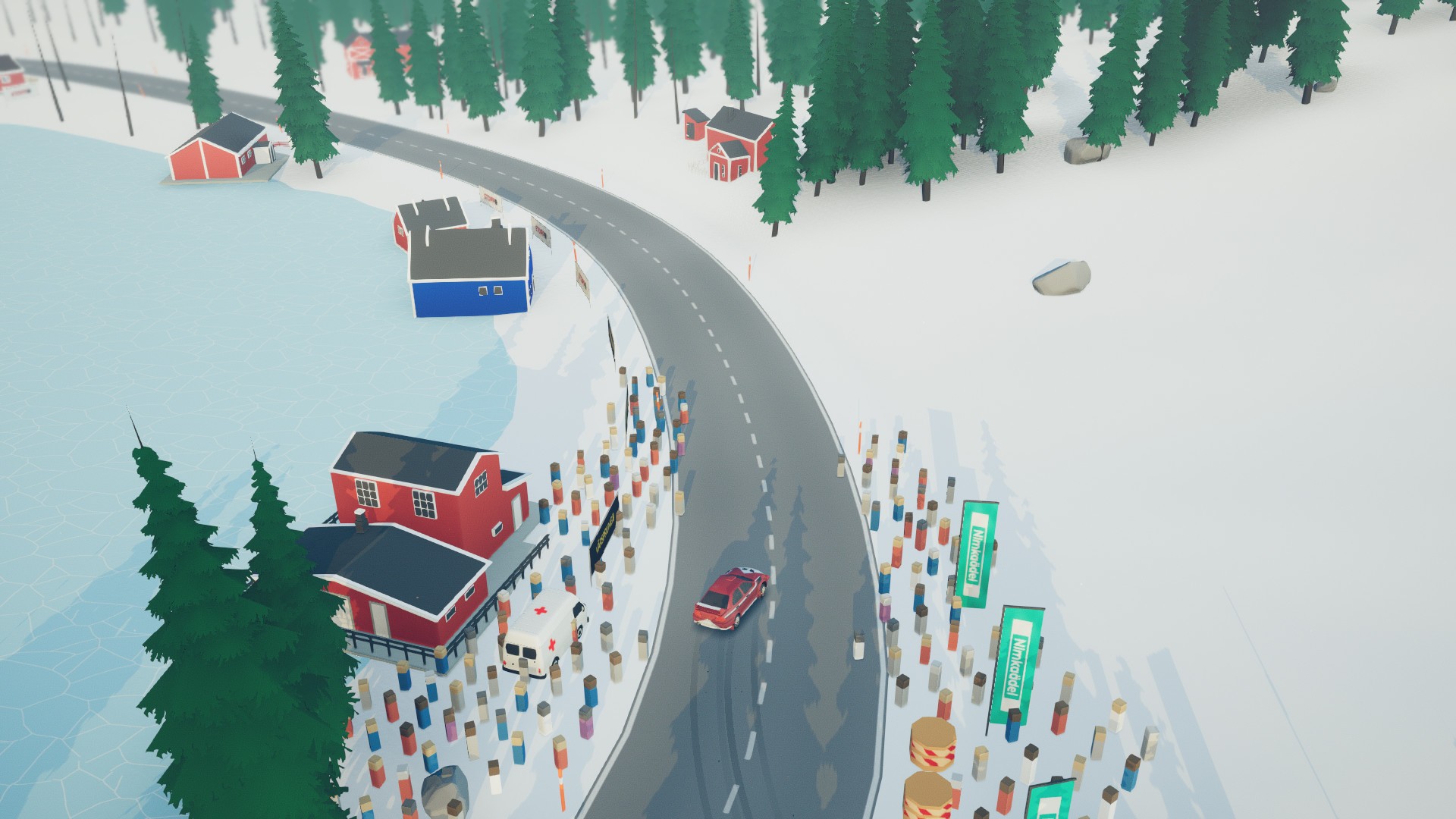 Art of Rally is a nice and stylish indie game experience for you car lovers out there! Race through different years using iconic rally cars inspired from the 60s era! Developed and published by Funselektor Labs Inc. who has also brought us the title Absolute Drift. Being released on September 23th, 2020, it has received quite the positive response from the community for having a great art style as well as being challenging at the same time. When I first played Art of Rally, I seriously didn’t know what to expect and I was surprised in a good way! So, you guys might wonder what this “stylish indie game experience” deal might be about? Well, let us take a look!

First, you will have to select from a decently large assortment of iconic rally cars which are quite cool! As far as I know, the cars are mainly for looks and don’t really give you any advantages practically by any means. You will then be greeted by a giant statue that appears out of the ground and what the statue tells you is that you must learn the art of rally and so you will! The controls may or may not be too hard at first, especially if you are trying to turn around corners. Don’t be afraid though! You will most likely get used to it pretty fast. The difficult steering somehow makes it a bit silly. Whenever I play a racing game, I will for most of the time prefer using a controller since I find it a lot harder to use a keyboard. I think I prefer using a keyboard in this game, mainly because I don’t want to overcomplicate things by bringing out the big guns! 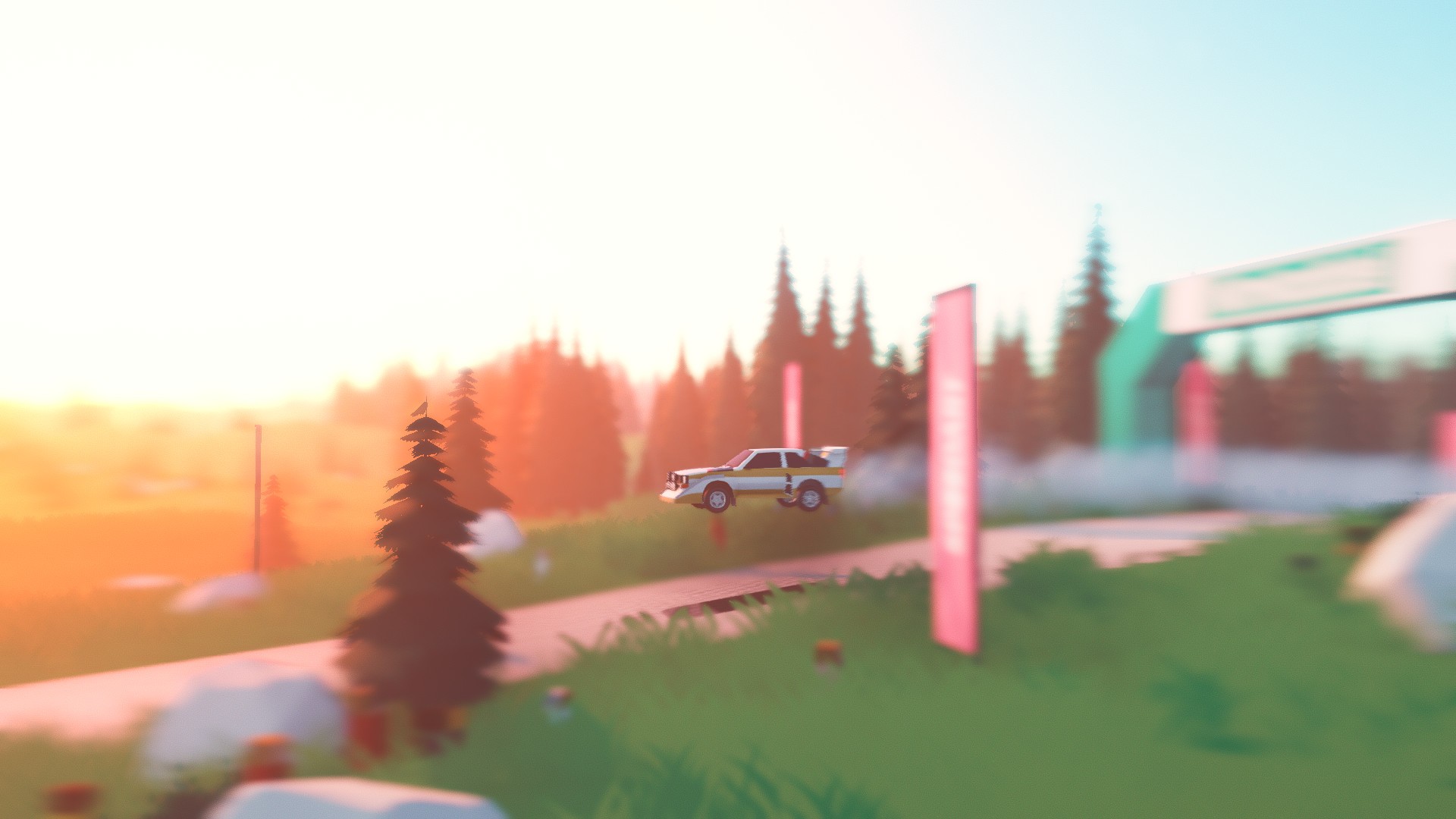 As I was driving around the free roam area on my quest for all the collectibles, I then got a flashback since I got reminded of the Playstation 2 title The Simpsons Skateboarding in which you are supposed to collect different objects around the map. It was a nice nostalgia trip, not gonna lie! The art style is just something else to be honest, it looks phenomenal! The graphics may be simplistic, but it was really nicely done since the shadows and the contrast of all the colours really made it pleasing for the eyes to look at.

There is nothing more silly than seeing your car just fling off a cliff and into the water after an attempted drift around the corner. But don’t worry! If you make a misstep, your car will automatically reset and you will be put back on track again. 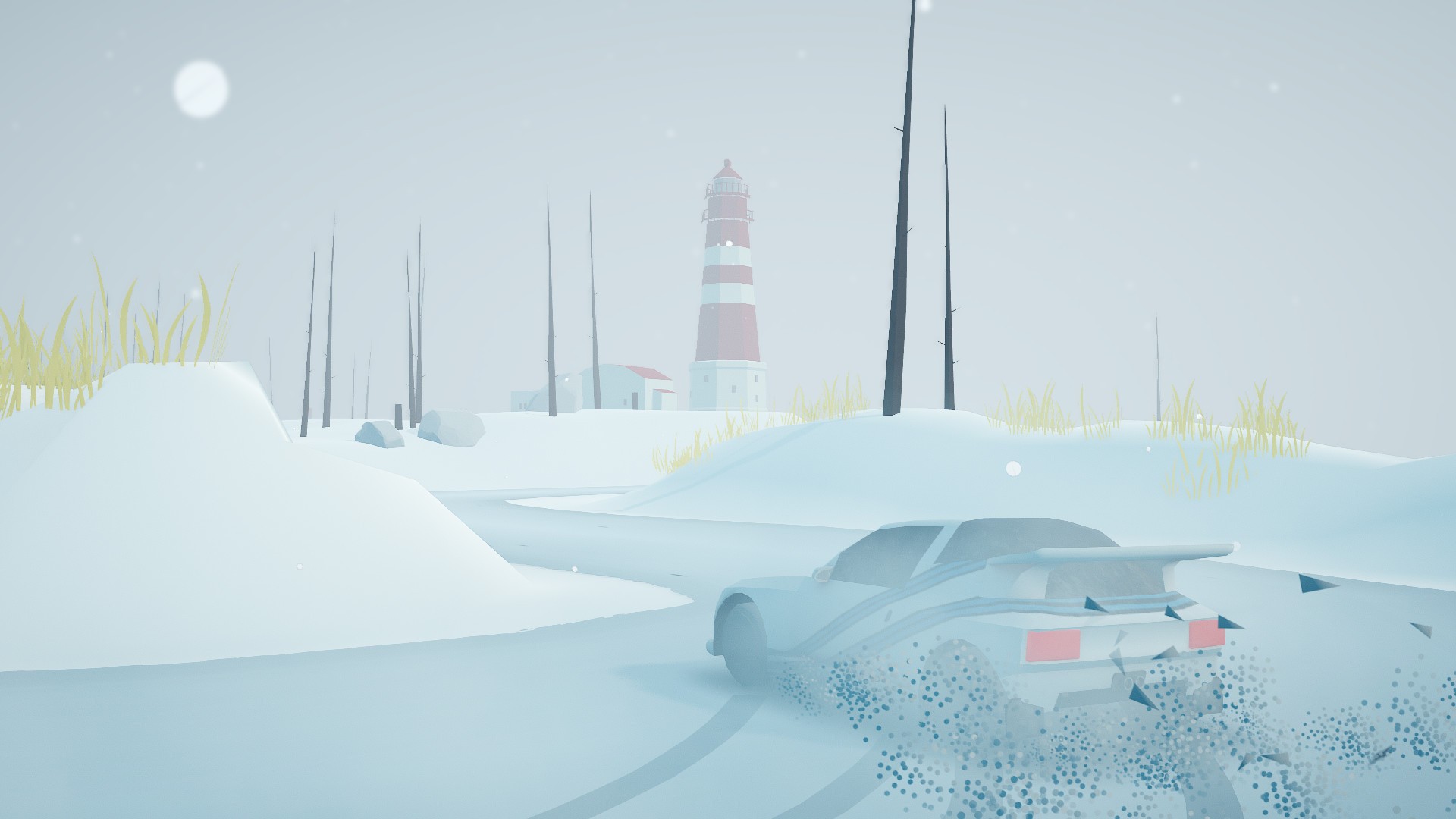 Since we earlier talked about the controls, I would also like to that it sure gets a lot easier with patience, especially in races. Everything from how you manage the speed to how early or late you are turning will pretty much affect the outcome. But if you are patient enough, then you will be rewarded with the satisfaction of finishing that track with style and skill. You would expect a title like this to be stressful, but the atmosphere really makes up for it and you really don’t mind taking a couple of more attempts instead of stopping to play instantly. The world just feels a lot nicer, mainly because it feels so different when it comes to the lighting and all the colours combined. In my opinion, this is a low polygon game done right!

At the end of the day, Art of Rally is another low polygon game executed nicely! I personally struggled to spot any flaws within this title, and I was actually quite surprised how much I enjoyed it. Despite the intense gameplay that was hiding beneath the outstanding looking graphics, I just couldn’t get enough! If you are a fan of racing games and you are currently looking for another twist, then I would highly suggest Art of Rally!

You may or may not look at this title as another low polygon game but I gotta say that it was executed really well! I can’t wait to dive in deeper to the world of rally.