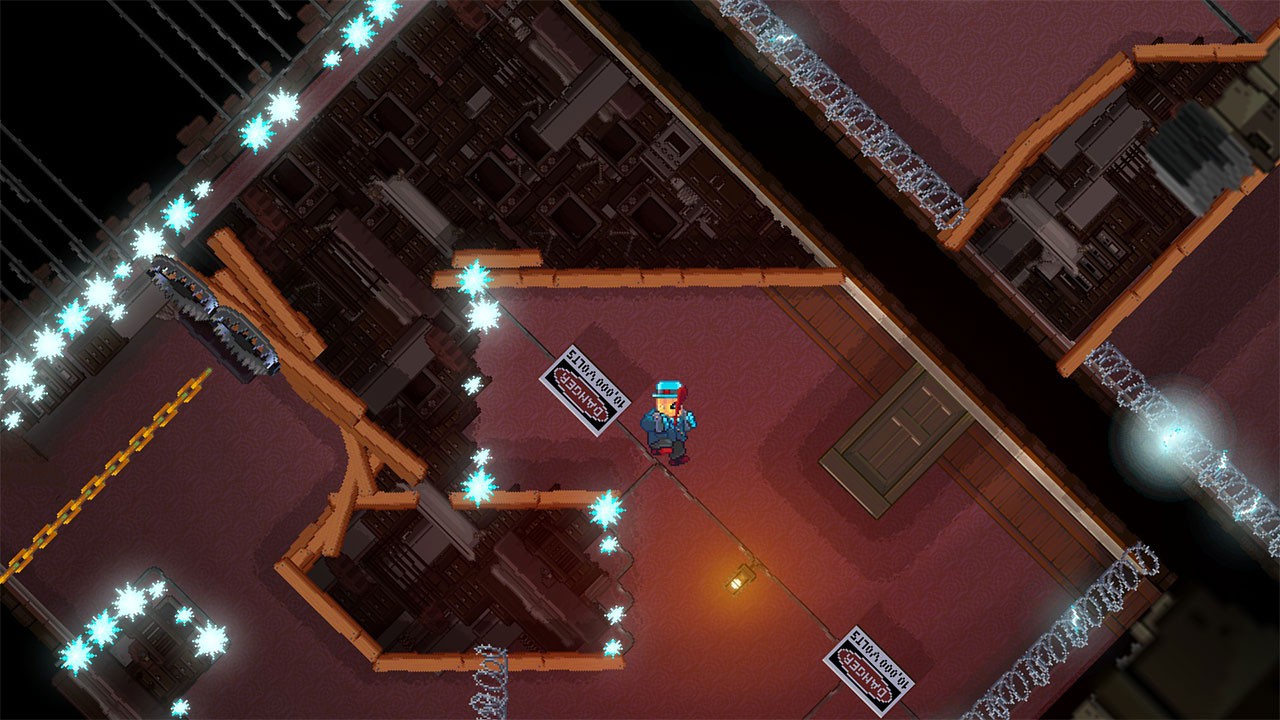 There is a list I keep in my mind. It’s not a terrifically long list, but it’s an important one, one that I can reflect on sometimes as we move forward into the future. The list is, as follows: Roy Batty. David. Wall-E. And now, Horace. Until recently, the list has been exclusively of movies, and now I can finally add a game to the list, so that I remember the evolution of media and art. This is the list of robots that have made me cry, and Horace proudly joins the ranks as one tear-jerking robot.

Horace is the seven year long opus by Paul Helman and Sean Scapelhorn that tells the tale of the titular android, Horace. Horace’s beginnings come online when he awakens inside the home of a person known only as The Old Man, and starts with a few tentative, cautious steps. From there, Horace awakens and learns both what he is capable of and what is imagined for him. Though he may have come into being as a simple robotic addition to the family, it becomes clear, very quickly, that he has potential for greatness, both in the purest and the most terrible senses. After a tragedy befalls the world around him, Horace finds that the world unravels, though he is not willing to give up on his own quest to find reason and answers. Fraught with danger, hued with laughter and rounded by truly emotional moments, the journey of Horace is a long one, to be sure, but it is also memorable and mesmerizing in the same breath.

The attempts to use a platforming game design as a storytelling medium are ambitious, to say the very least, and players will have to adjust to that concept very quickly. Horace gradually adds more and more manoeuvres to his repertoire, starting with simple running and jumping and, eventually, adding a dizzying anti-gravity approach to walls and ceilings. There will be times when Horace is stripped of some of his fancy goodies that permit him to do particular skills, so there will be moments (including a very stressful boss battle) where you’ll be beaten back to the Stone Age and need to do things in a very primitive fashion, so to speak. It’s established from the beginning, through some clever storytelling exposition, that Horace cannot “die,” per se. He has infinite lives, as the Old Man explains, and can respawn instantly if caught in a tricky electrical trap, fall down a hole, get exploded by a boss or anything to that effect. It’s not that you should purposely try to see how many times you can die in a sequence, it’s just the idea that platforming and the story go hand-in-hand, and the idea that players might not want to have limited lives was an afterthought. In any case, there is certainly a difficulty curve for Horace, but it’s entirely within the bounds of any player’s abilities, if only through trial and error. 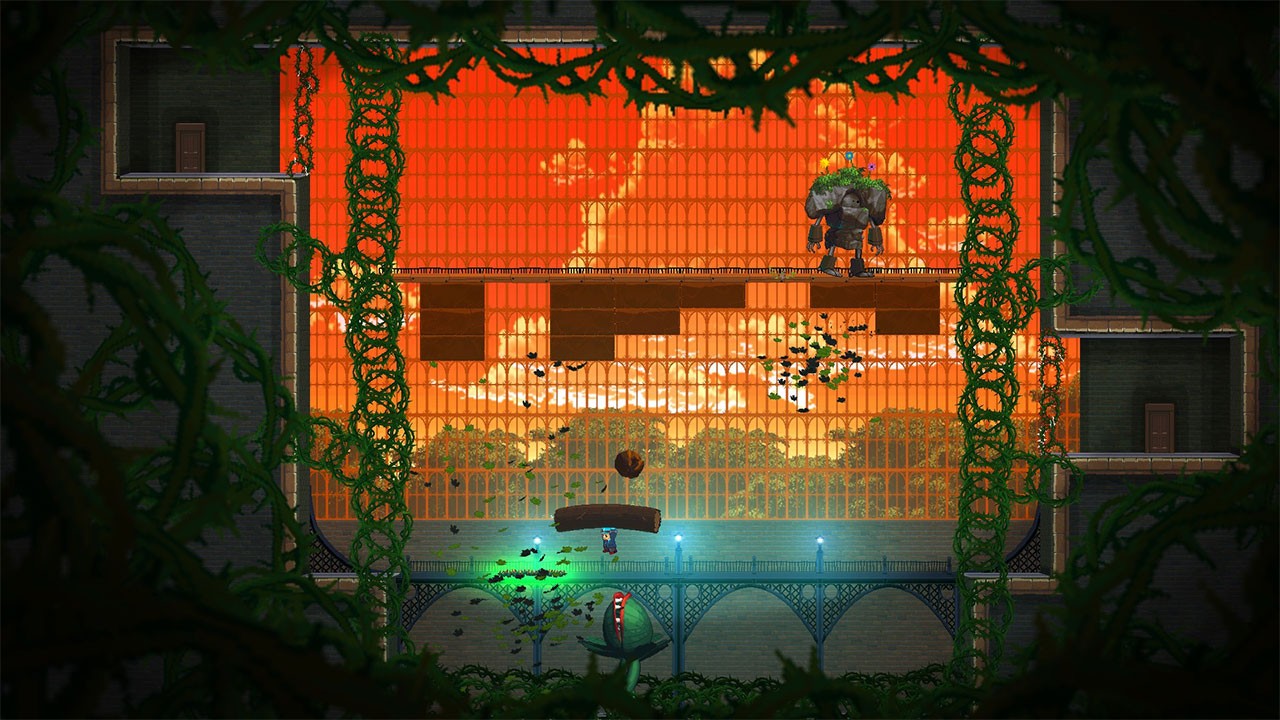 Additionally, Horace incorporates a ton of additional side games to help liven up the entire saga. Early on, Horace also develops a love for video games and media in general, which helps to both add mini game side moments and create massive, beautiful mental retreats that sometimes turn into mini games. Starting with a simple Pong variant and evolving into a piano version of Guitar Hero, there’s no end to the little nods and winks to other games throughout this tale, which is especially fitting as Horace is constantly pushing up against the 4th wall without truly breaking it. There’s even an entire sports sequence that felt like a nod to the infamously difficult Snoopy’s Silly Sports game, which is not the first nor the last nod that this game utilizes. The use of the mini games within the game addresses the inherent idea that gaming can’t be an art form or used to really tell a story, and, yet, each and every mini game has some meaning and some connection to both the characters and their livelihood. The flying dream mini game that Horace experiences shows both an awakening of real consciousness within the robot, as well as having staggeringly sad echoes later on.

It’s obvious that there was an incredible amount of deliberation and decision making that went into the style and presentation of Horace, and I think it pays out wonderfully well. The use of pixel art in different degrees of focus and density creates these ideas and images that help us imagine things better through Horace’s own eyes. When objects are further away, they have sharp, unmistakable identities and forms, from the mountain ranges beyond Horace’s world to a spaceship he inexplicably ends up riding, yet close up things become more undefined, more blurry and fragmented. Most of the close-up shots are of human beings, from the ones who care about him, to those who would seek to capture and subjugate him, and I felt that maybe Horace could see more clearly the further he got along in the game. A better perspective of what people were really thinking and feeling even as he, himself, understood more and more about what it was like to exist.

This is a moment where I do need to step back and address something that players might not fundamentally understand when it comes to Horace. This beautiful, strange game is the story of Horace first and a video game second, and that might not make sense unless you play it for yourself. You see, we’ve gotten used to many companies and developers making the choice to allow players to decide how much or how little of the story they actually take in. There hasn’t been a game in years that I can think of where you can’t skip a cutscene, and many online armchair critics will positively rage if you cannot skip an expositional moment. Well, that’s exactly what Horace is: several hours of totally unskippable moments. When Horace speaks in his pleasant electronic voice, you have no choice but to see and hear what he is remembering (or perhaps actively experiencing). Hitting literally any button merely pauses the moment, and will stay paused until you hit X. The only way to avoid hearing Horace’s words are to walk away from your Switch and come back when he’s done, which seems like a silly amount of effort to avoid the plot. If you’re someone looking for a platformer to speedrun, you’ve come to the wrong neighbourhood, of that I can be certain. 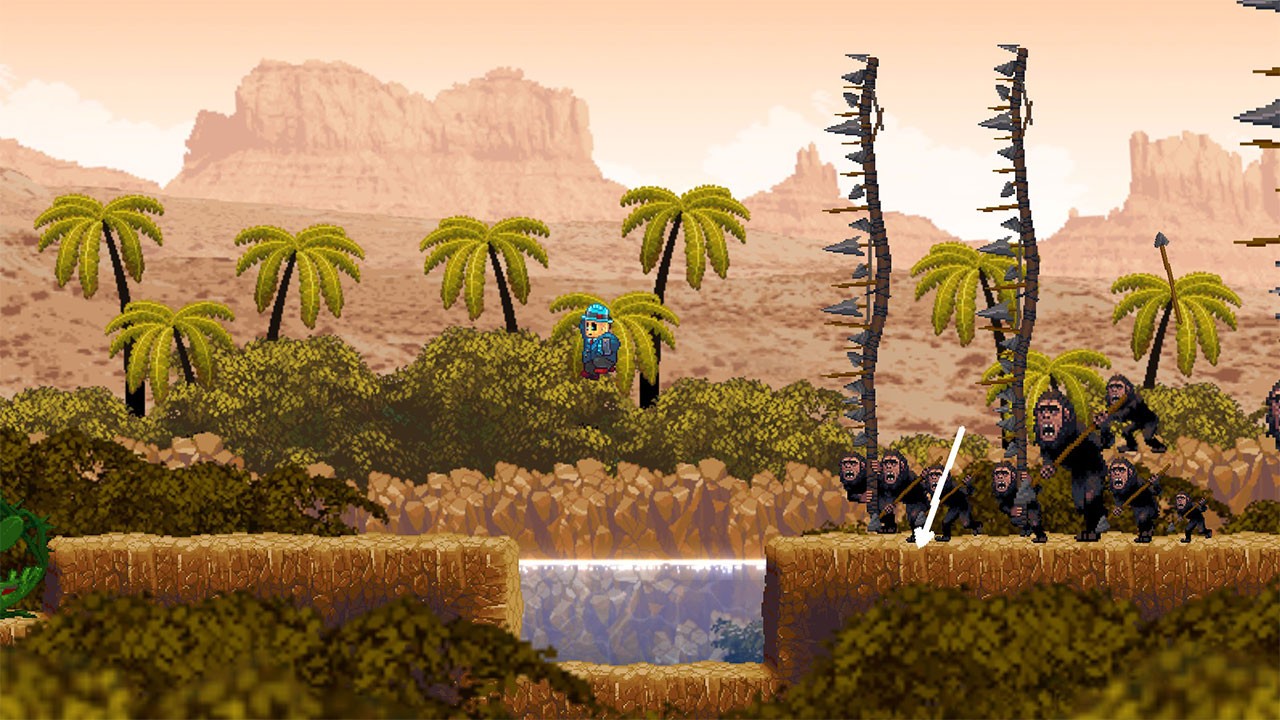 Having said that, the platforming moments are impeccably designed with different unique touches to every chapter and every level. Horace controls incredibly well, and the boss fights, as they were, are monolithic encounters, ones that make a small, plucky robot like Horace seem totally insignificant. There’s a real David and Goliath moment to nearly every encounter, which makes success even more satisfying and applicable to the choices that Horace has made to live and to be a peaceful, compassionate and gentle soul, rather than a killing machine. If you have the patience to really get wrapped up in his life, Horace rewards players with so much gameplay that’s incredibly rewarding. It’s like waiting for a good steak to finish cooking instead of going to McDonalds and getting a cheeseburger. Both feed you, but damn that first one is going to sit so much better.

Yet the real treasure of this whole ten hour long game is the story, and Horace sincerely does not disappoint. It’s everything that I love and hate about robots that makes me cry. The ability of a being outside of the common human element to view life and view existence and deliver insight that hits you in a profound and deeper fashion is one that always catches me off guard. From the moment you realize that Horace may be interested in “becoming a real boy” thanks to the Old Man’s influence to the times where you see him have “family” and really understand love, anger, fear and loss…it just lands harder sometimes. Horace is Edward Scissorhands by way of A.I. with a touch of Bicentennial Man, and it all culminates into something that damn near broke my heart. It hits you even harder because of the fantastic notes of witty and dry humour injected throughout, from the initial moment when Horace’s software came from Demonoid to the compilation of Heather’s own “nice-virus.exe” Oh, and don’t think that the humans can’t make you cry, either. The constant reference to a war that decimated countries and left so many dead, and is the reason for why things are the way they are now helping to further underline and accent the goodness in good characters and the utter hell that comes from bad characters. But it wasn’t a human chasing a ghost through the halls of his own deteriorating mind that evoked a gasp from me: it was Horace, and my own connection to his endless struggle.

Horace is, frankly, a hauntingly evocative game that reverberates through your mind like a tuning fork. If you can get all the way through the story, you’re left with such a mixed bag of emotions that you’re not sure if you want to go hug your family or simply turn off the tv and sit quietly for a while. As much as I enjoyed the gameplay, it really was the tale that was told that will sit with me in my future years, and I look forward to a day when I can recommend it to my children, either as an exploration of their own feelings or possibly helping them better understand something. It’s so early in the game when one of the most important phrases is uttered: The leaves must fall before the blossoms come. Horace, you bloomed, and now, it’s time to fall, and that’s alright. It has to be.

Great, now I have even more emotional conflict about the burgeoning A.I. technology in our world.