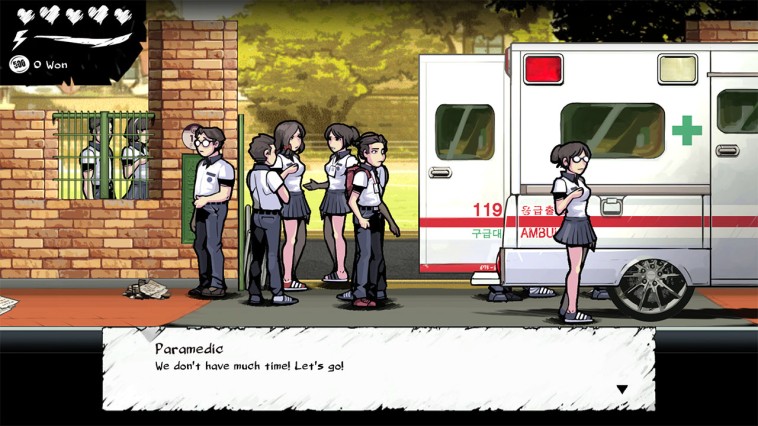 With the spooky season upon us, I decided it was time to go back and revisit some of the best horror games that we’ve seen on the Switch so far. Even though the sequel to The Coma was released just last year (Vicious Sisters), I’ve always found a certain appeal to the original that maybe was a bit altered in the sequel. So, to help celebrate a bit of an artistic upgrade that came into this game, I dove back into the classic Korean horror extravaganza, The Coma: Recut.

For those who don’t remember, you are Youngho, a dude who had a really rough start to his day. He had a terrible dream that something was wrong with his classmates and his school. He overslept a bit. A classmate tried to kill themselves on school grounds, but the teachers didn’t cancel classes. And the school bully decided to try and intimidate him into silence because, well, the attempted suicide could definitely be the bully’s fault. Now Youngho has fallen asleep during a crucial test, and awakened to find that everyone in the school has left. And it’s dark. Also, there’s some funky, sinister energy in the air and nothing feels good. You need only to step out of the classroom to find that the super hot teacher is clearly some kind of possessed demon, and that she’s going to murder you if you don’t run and hide. Now Youngho needs to figure out what the hell is going on, how to escape, and figure out if he’s the only one stranded in this bizarre alt-world of Sehwa High. Hint: he isn’t, and there’s something fucked up going on, and he doesn’t have a good time. 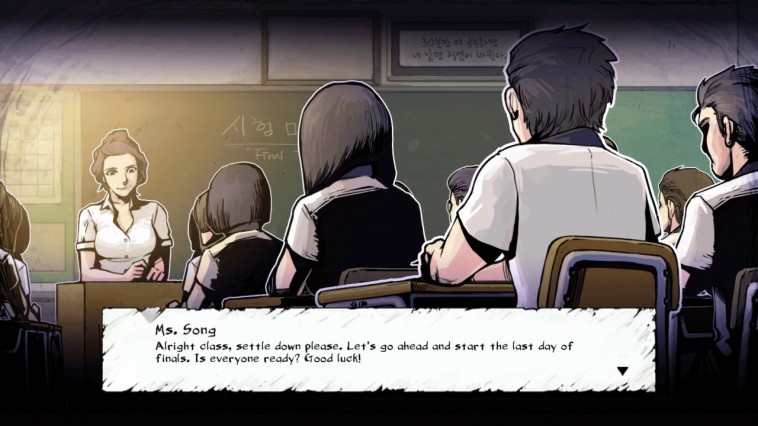 The Coma: Recut is a puzzle solving survival horror game with a massive focus on the word survival. You need to slowly piece together how to access different parts of the school (which have been blocked off by scary world obstacles), and also run errands for the different entities that you find within. There’s hints that you might be able to escape and live through this whole thing if you just follow what they say and do what they ask, so that alone is incentive enough. You’ll make notes of the things you learn as the game leads you forward, so you can go back to your notebook if you forget what it is you’re looking for or what you need to be doing in terms of getting to the next leg of the journey. It also sometimes helps to check your notes, because there are times when a character will speak you to AT LENGTH and you just sort of end up mashing the A button to move forward, then realize you glossed over something super important. You eventually find out that most of who you encounter within Sehwa High are actually shade apparitions of real people, but hey, don’t let that stop you from helping them and doing what you’re told.

The survival aspect of The Coma: Recut is where players need to really focus on their attitudes. You will find no weapons throughout this game, so cast all Jill Valentine illusions aside and realize you’re 100% Jennifer Simpson. Your stamina bar is your friend, so be sure to keep an eye on it and treat it well. Players who are familiar with the layout will discover good and bad places to be in Sehwa High, with certain pathways being more prone to attracting demons than others. If you’re foolish enough to garner their attention, you have a limited time to run the hell away, hopefully, find a hiding spot out of their reach and then stay there until they’ve forgotten about you. There are a couple of moments where hiding isn’t an option and you need to just book it till you reach a safe spot. You will die. It’s just a fact of the game: you’re prone to getting killed, particularly when you don’t know what you’re supposed to do next and you wander about without a clear idea. You should be able to avoid this, for the most part, as the team of Devespresso Games has made a point to incorporate a lot of QOL advantages to this version of the game to make progress more logical and sensible. I doubt many have played the original Cutting Class version of The Coma, but Recut allows you to roll, hide, and generally live substantially better than the original, so you should be able to get your bearings and move forward with relative ease.

For players coming back after a long time, there have been minor improvements in the animation that could make the game look a bit better. The Coma: Recut has had a bit of under-the-hood tweaking to add to the animations, improving the way the characters move and interact both within the game and during expositional scenes. You shouldn’t expect something particularly dramatic or life changing: anything that big would have merited a second game. Instead, you get the feeling of something being familiar, but different, which might be enough to draw you in and hook you on the story all over again. 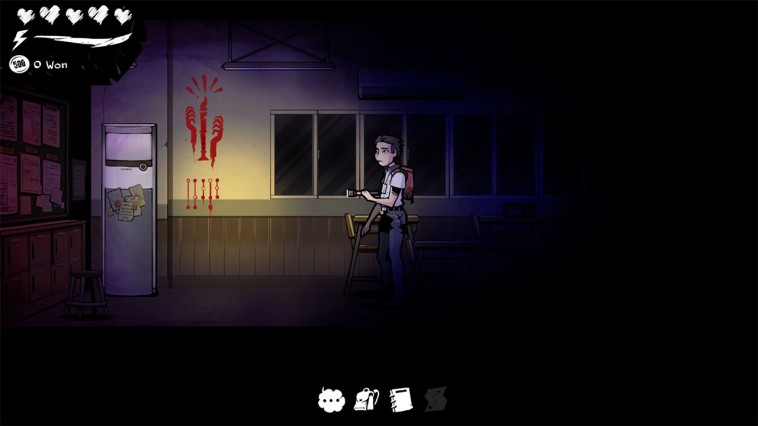 What really works for me with The Coma: Recut is that it’s a tale that’s well trodden but still unique, and it continues to be something interesting for the period and time. Too often, we see people that like to dive back into the same horror movies for Halloween, but there’s not as much replay for horror games at the same time. I think that The Coma: Recut has the special flair needed to be a spooky revisiting, with elements and aspects that play into tropes that everyone knows and loves. There aren’t voiced roles, but there’s a grand enough soundscape to give you the proper notion of foreboding that something is about to happen or is actively happening. It’s a great marrying of types, allowing for the creeping despair of Asian horror movies to encounter the fast reflexes needed of horror survival games to craft together a full experience. There’s serious tension in the air when you’re trying to find something to help Mina stop bleeding, and there’s even more of a stake at hand if you’ve played Vicious Sisters. There are unsettling visuals set up all over the place that you might not have noticed initially, like the slight damage on the skirt of one of the hanged students. You need to treat it like a game, sure, and you need to make choices about inventory and objectivity, but damn if the tale doesn’t keep telling itself.

With a great price point and a tiny install size, The Coma: Recut is still a fascinating horror title that has a horrifying story which can easily get would-be fans eager for the sequel (and perhaps inspire a third chapter at some point?). If you’ve already played it, the minor updates might not be enough to reinstall, but remembering this spooky venture and having something that’s both familiar and disquieting might be a good change up from watching Ringu Zero. If you’ve never been to Sehwa High, however, I encourage you to come enrol: the facilities really are to die for.

It’s time to go back to Sehwa High and revisit the evil incantations and dark shades of The Coma.