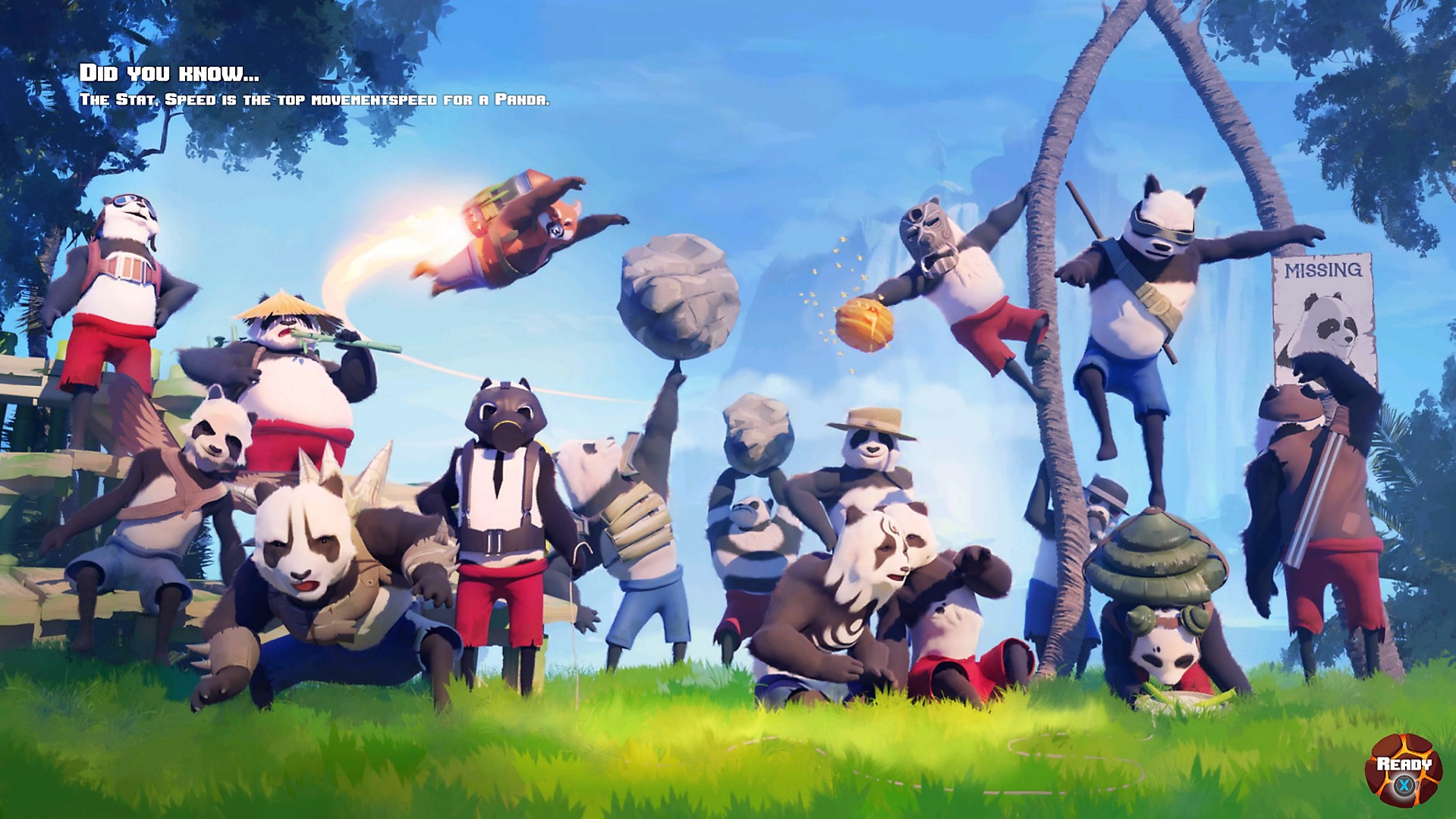 I’ll be completely honest with you, I don’t really play football games. I will play an actual game of football, mind you, but I just can’t seem to get behind football video games. However, I have played FIFA before, and once I get used to it, I usually have a pretty good time, especially if the people I’m playing with are nice to me about my lack of football knowledge. So, I was pretty excited for this game. It’s all the fun of a football game without needing to understand what the manager does or what a free kick means, I can just go wild and try and play football.

So, it was with some disappointment when I opened up this game to see that there’s really not much to offer. There are three game options: Multiplayer, Training and Options. That’s it, which means if you don’t have PS+, a spare controller, or even the ability to see someone to play this with during the pandemic, you’re out of luck. There’s nothing wrong with games being geared more towards the couch-based multiplayer lovers out there, but any game that doesn’t even have the option of being played alone is a bit of a bad sign. There is technically a single-player mode, hidden in the training menu, “The Road” gives you the option to play against the AI, but not much else. 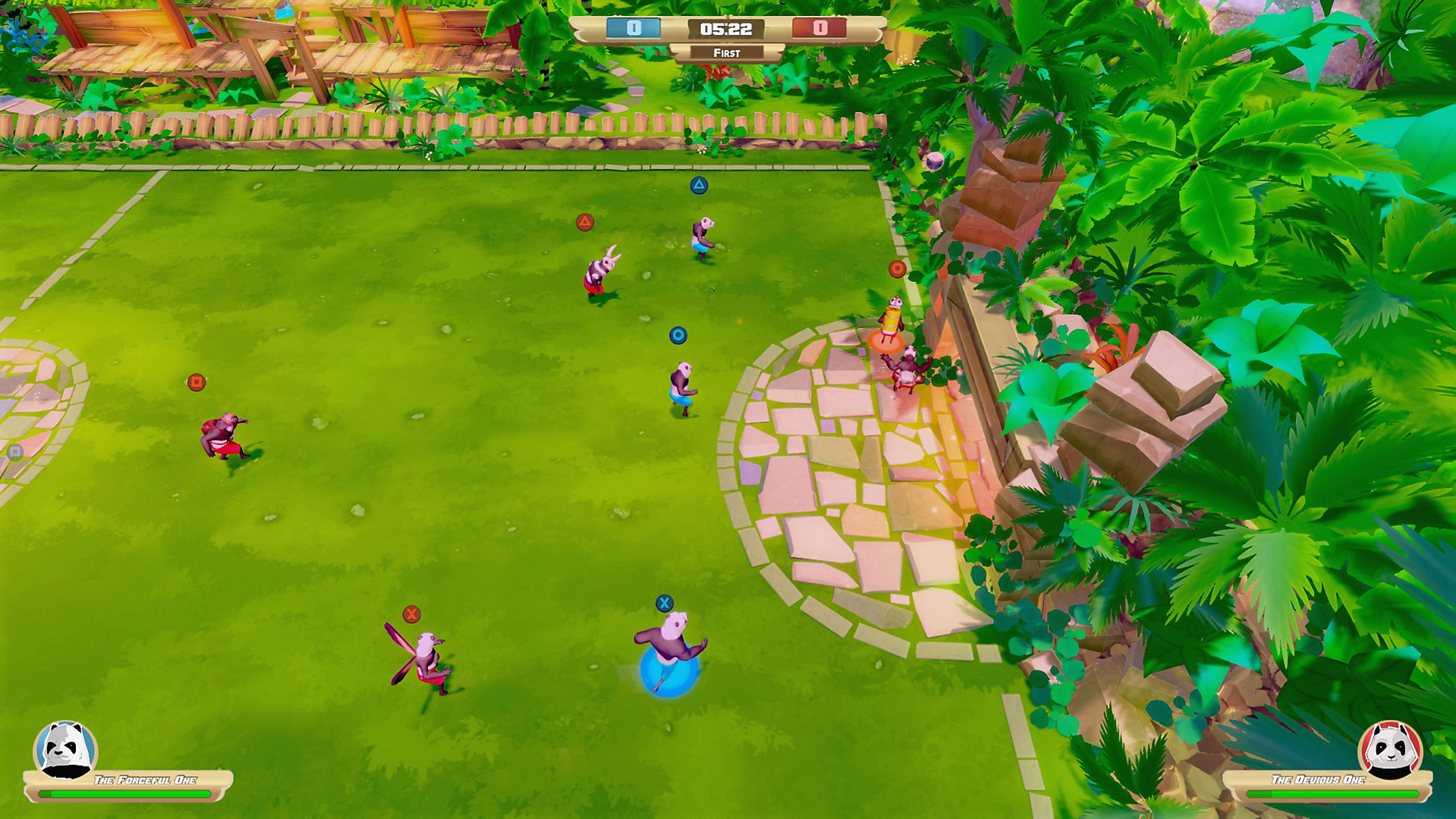 The gameplay is pretty simple, you play five-a-side football, and you’re a panda. There’s no deeper lore or story here if there was I can only assume it was abandoned on the cutting room floor before the game was released. The gameplay also isn’t necessarily bad, but it’s slightly counterintuitive, with no auto-selecting the player that’s nearest the ball, and no ability to take control of your goalkeeper, which even I know is pretty standard for most football games. For the PS4, circle is forward, X is your right-winger, triangle your left and square your last line of defence. Due to these buttons controlling your player select, you have to attack by flicking your right stick, which can slow you down when you’re trying to charge your shots. If the people you’re playing against are surprisingly great Pandaball players, then you’re almost guaranteed to lose the ball, but if your friends are anything like mine (people that aren’t Pandaball addicts, that is) you’ll probably be fine, if not a little annoyed from all the extra effort the controls force you to put in. On the bright side, there are some power-ups in the game that make it a little more interesting, such as speed boosts and double goals. They’re nice add-ons, however, I don’t seem them as enough to stop me getting bored of the game within the first 10 minutes. 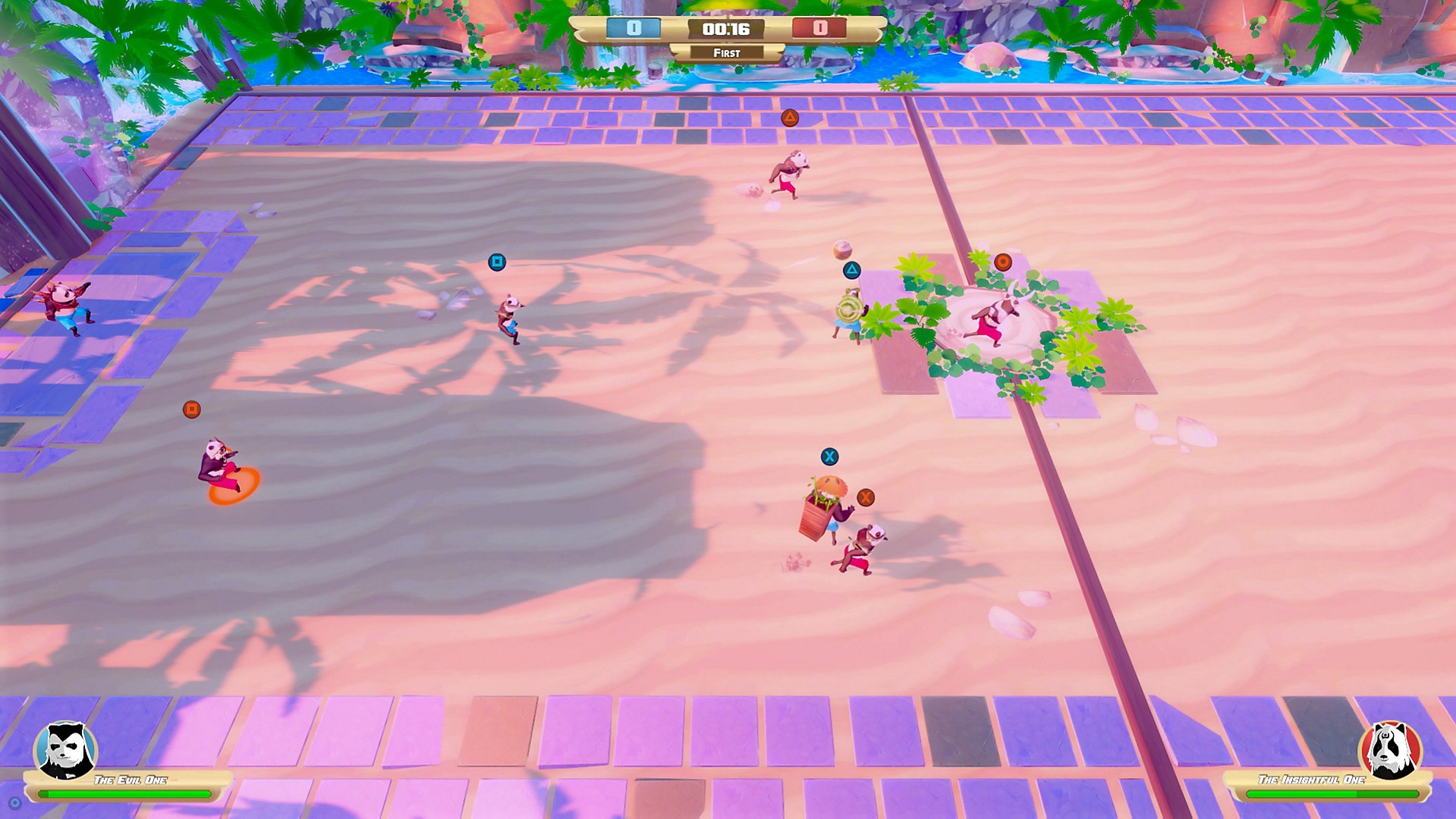 The best thing about the game for me is the graphics. It’s a bright and colourful game with a cute aesthetic, and the pandas do have a certain charm about them. I don’t think it’s a particularly fitting style for this type of game, but it’s not so out of whack that it doesn’t work though. The audio is fine, the pandas will now and again make an odd groaning noise if you tackle them, and the music is a looped happy-go-lucky tune that admittedly did start to wear a bit thin. But it definitely could be worse.

In general, I think you’d like this game if you didn’t like football. Because, if you like football and football games, I can only imagine that this would drive you insane, as the slightly off controls and lack of content is not what people are looking for when they’re trying to get into a new sports game. Also, make sure you have some friends to play this with because even though the trailer doesn’t say it, this game should be played a multiplayer, if you can convince enough people to play it.

A game that endangered as the poor pandas that are forced to play.