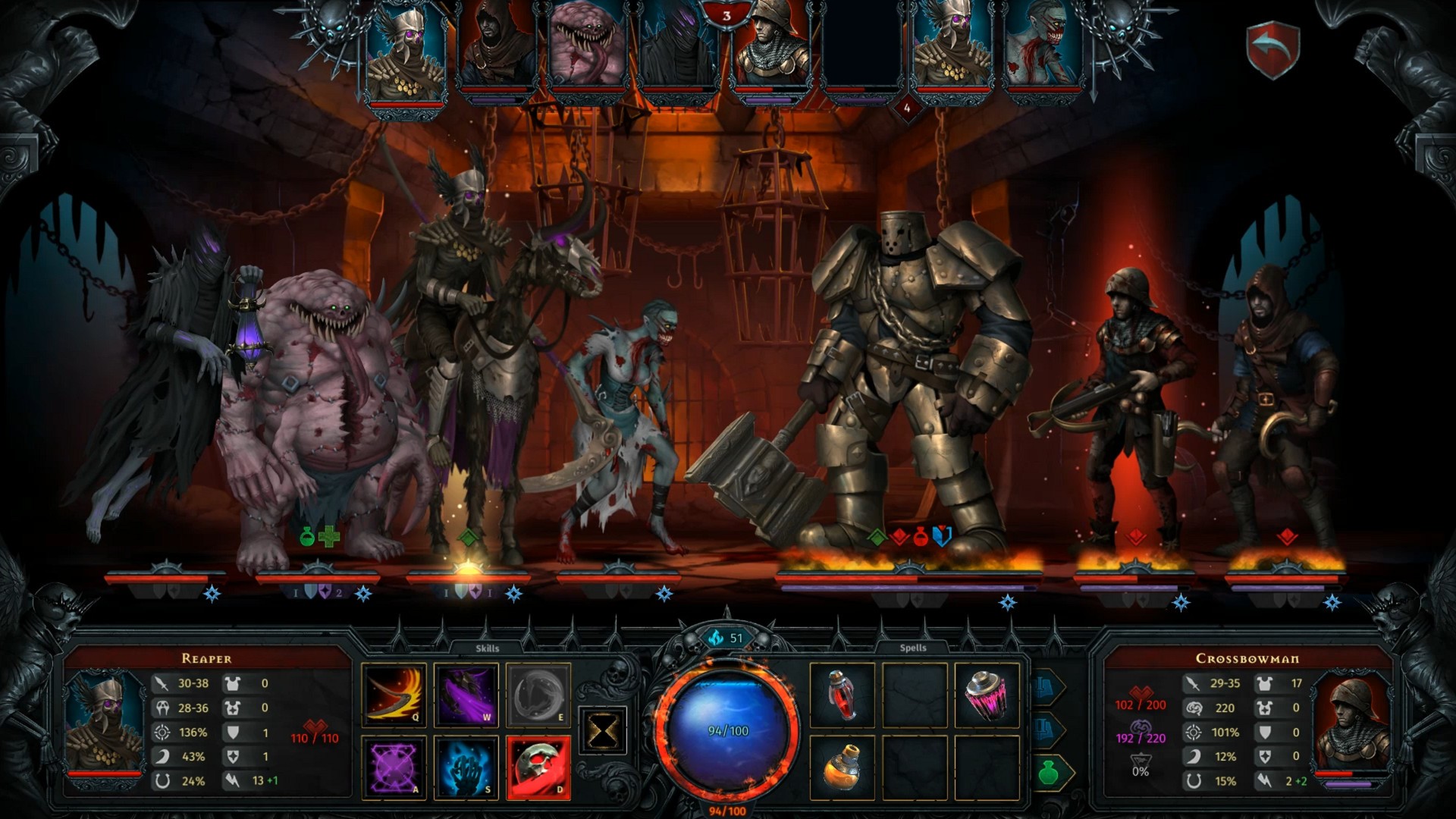 Now, before I get into what this DLC actually brings, it’s worth keeping in mind that when I started playing Iratus for the first time, I already had the Wrath of the Necromancer DLC enabled. I’m sure that a lot of people who have already played the game will be interested to know if the DLC makes revisiting the game worthwhile, while others might just be looking into getting the game and want to know if it’s worth picking up the DLC as well, so I’ll do my best to try and provide an adequate answer for these two situations.

Wrath of the Necromancer comes just a few months after the base game received its 1.0 update and left Early Access on Steam, and, overall, I find it to be a worthwhile addition to the base game. To keep things short, this DLC adds 2 new minions, the Reaper and the Abomination, 17 minions skins, new bosses and enemies, a sixth-floor that includes a new game ending, and a potion brewing system that further expands the alchemy system that was already in the game.

The Reaper was actually one of the units that I ended up using throughout my first playthrough, mostly because he’s pretty versatile, due to being able to deal both stress and health damage, while also healing other minions whenever he kills an enemy. This is a pretty solid all-round minion that can fit multiple different rosters. On the other hand, the Abomination is a minion with a high health pool, whose ultimate deals stress damage and can instantly kill an enemy if this attack lowers their sanity past a certain threshold. Just like the Reaper, the Abomination is also capable of healing friendlies whenever it kills enemies, but he’s much more able to soak damage and protect its allies. 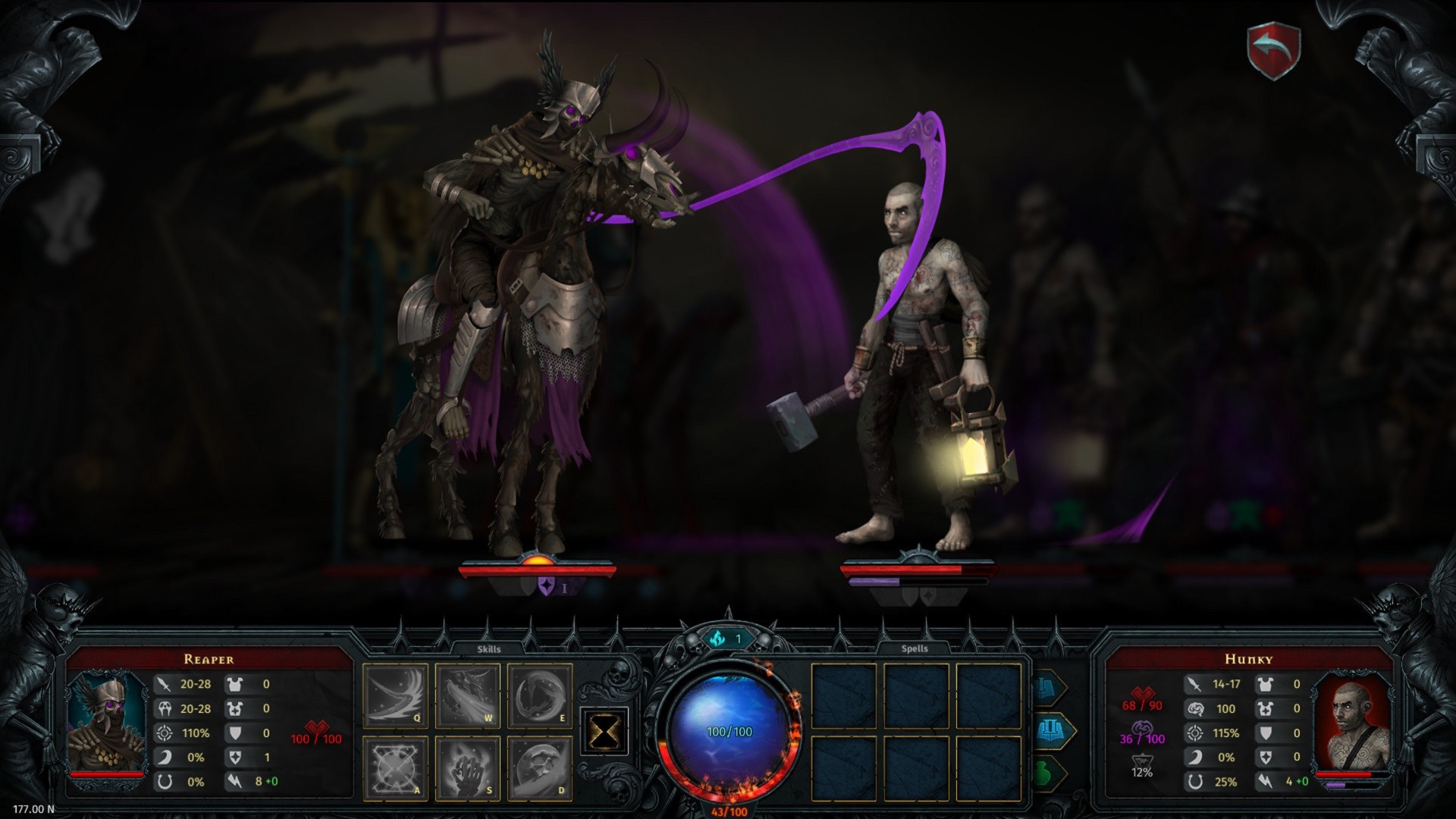 Now, as far as the new enemy additions go, the game doesn’t seem to really specify which ones they actually are. This makes it so that people who are playing the game for the first time with the Wrath of the Necromancer DLC enabled, such as me, can’t figure out if we’re fighting something from the base game or from the DLC. In any case, I was able to figure out some of them by doing some research. There was one of the new bosses that I got to fight at the end of the second floor, which was two dwarves in Exo-suits that shared a common health pool and abilities that allowed them to synergize with each other. I also ran into this huge steam-powered tank with a minigun, multiple times, but other than that, I honestly can’t tell what other enemies were actually from the DLC, as not even the Steam store page specifies them.

With that said, the new dungeon, the Cemetery, is a pretty solid addition, and here I believe that every single enemy is just straight-up new to the game. To keep it short, this new dungeon puts you against the heroes of ages past, who ended up being resurrected as a last-ditch effort to put an end to your resurgence. It actually ties quite nicely with the story and puts a much more suitable ending to the game, and it honestly feels like this was how the game should’ve ended in the base game, and not with the cliffhanger that you get if you complete the game without the Wrath of the Necromancer. 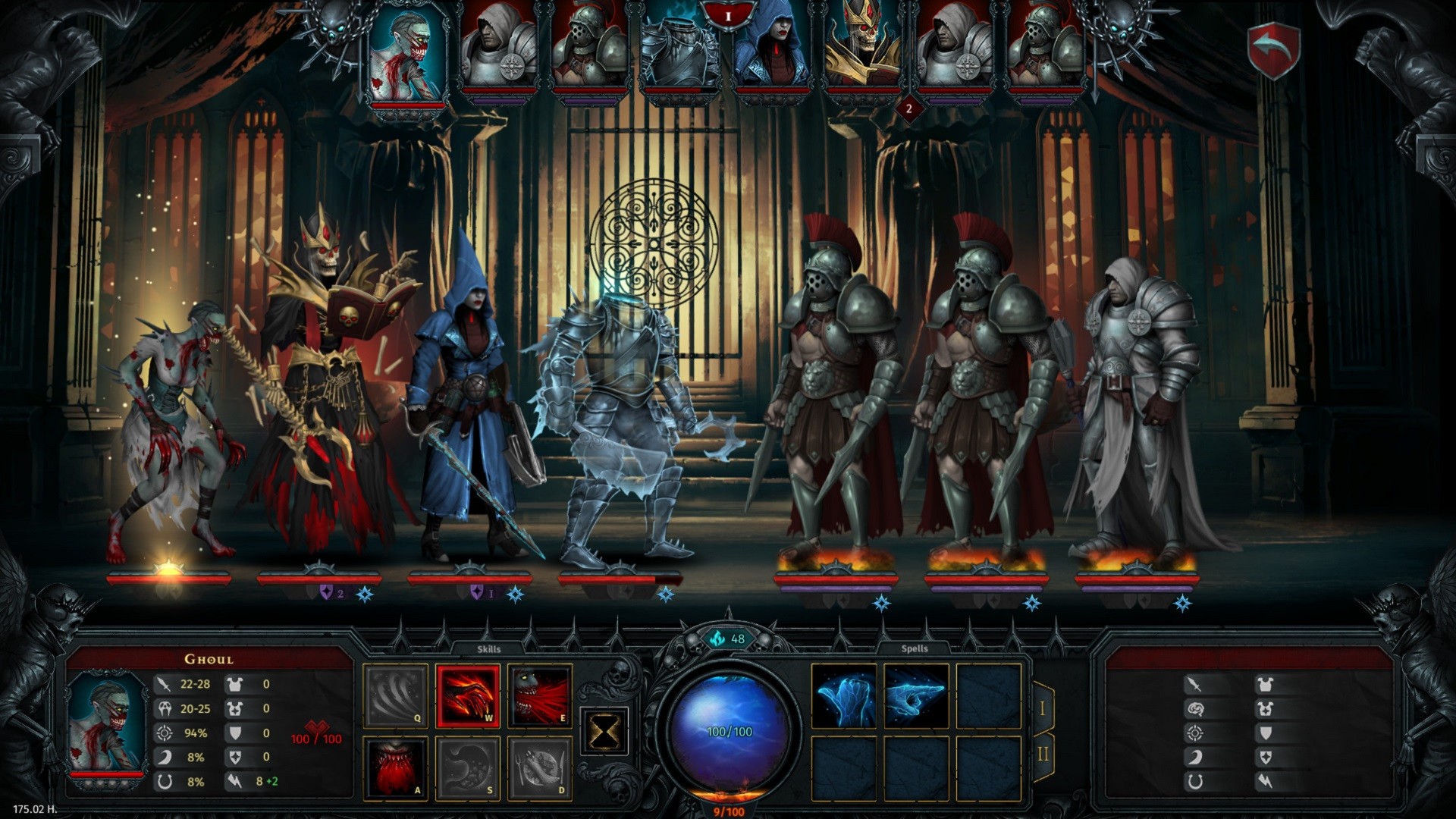 Then there’s also the potion system, which, as you probably guessed already, adds the ability to craft potions that you can use during combat. There are 29 different potions that you can craft, and these range from simple healing potions, to others that deal direct damage to enemies, stress them, amongst many other effects. These potions might not seem that big of a deal at first, especially if you start playing the game on the easier difficulties, but you’ll slowly start to realize that they can become quite handy, and sometimes even save your life.

Overall, Wrath of the Necromancer adds a lot of value to the base Iratus gameplay experience. The Reaper and the Abomination are clearly the stars of the show here, but the new dungeon and ending certainly help to alleviate the sour aftertaste that was left by the original ending. The Wrath of the Necromancer DLC will most likely not disappoint you if you’re a huge Iratus fan, but if you were hoping for something huge and groundbreaking, this probably won’t be enough to bring you back to the game and keep you interested for long.

Iratus: Wrath of the Necromancer Review

The Wrath of the Necromancer DLC will most likely not disappoint you if you’re a huge Iratus fan, but if you were hoping for something huge and groundbreaking, this probably won’t be enough to bring you back to the game.