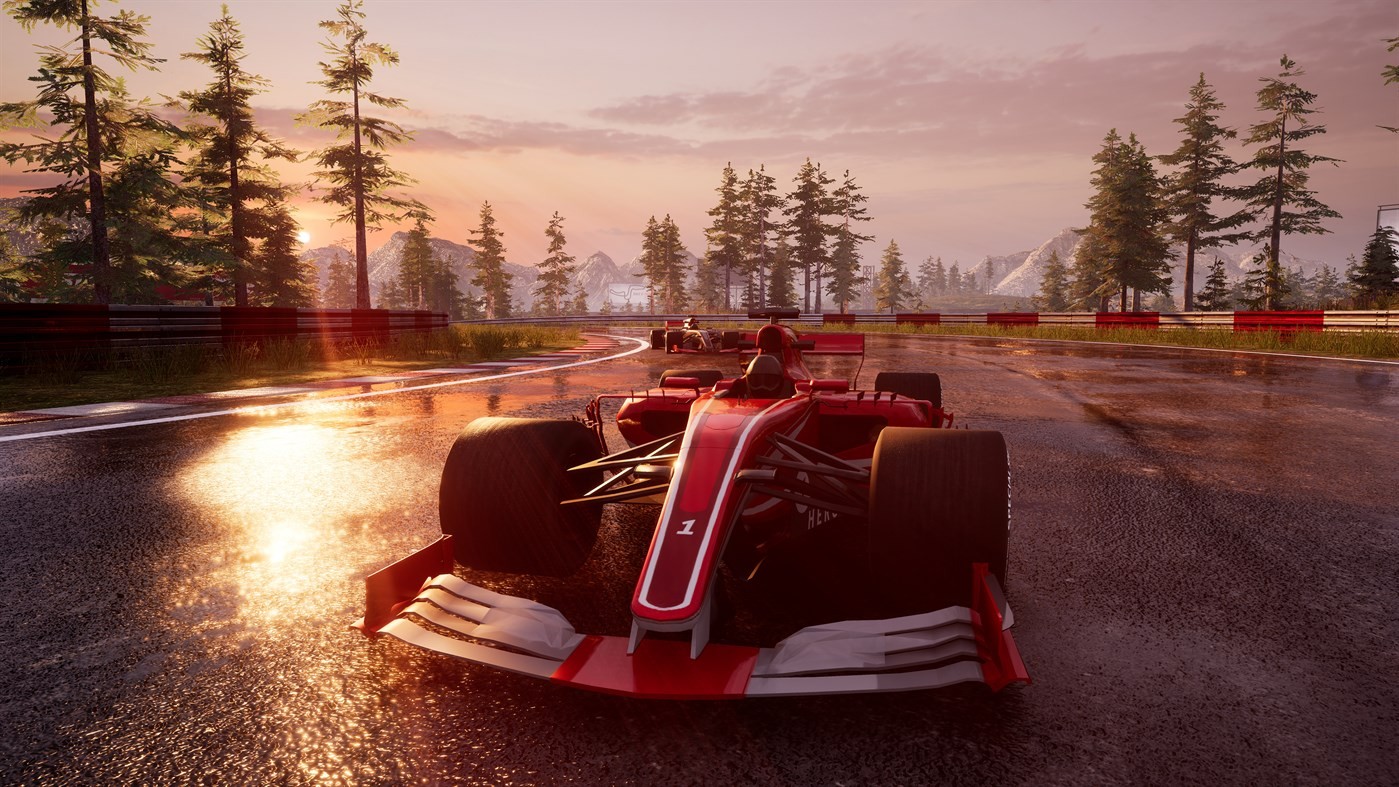 After what felt like years waiting for a decent arcade racer, a whole bunch show up within a few months of each other. Sadly, while Lion Castle’s, Speed 3: Grand Prix is undoubtedly an arcade racer, unlike the mostly brilliant likes of Inertial Drift and Hotshot Racing, it forgets the whole ‘decent’ part of the equation. Don’t get me wrong, there is fun to be had here thanks to its array of basic arcade thrills, but to get there, you’ll need to be willing to look beyond its mountain of technical issues and somewhat uninspired presentation.

The concept here is solid enough – imagine F1 racing with no rules, exploding cars and the bizarre ability to drive at full speed with a wheel missing. At its core, Speed 3: Grand Prix (only God knows if there was ever a Speed or Speed 2), is basically Burnout with F1 cars. On paper, that’s like my perfect game, and while there are moments in which Speed 3 inches towards what it might have been, it’s not long before it’s ultimately undermined by another technical issue or general lack of refinement. 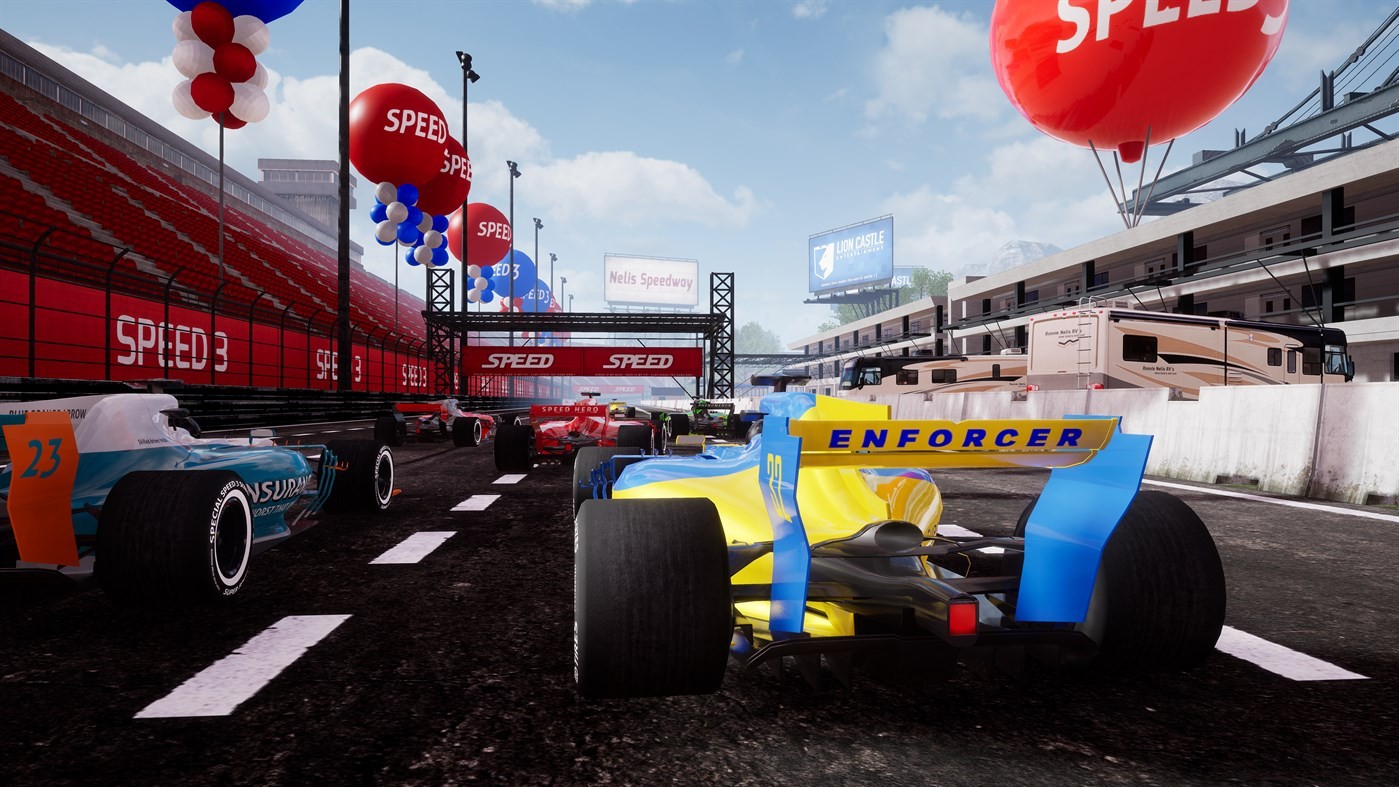 While the content here is basic enough (a few rudimentary single player cups, limited local co-op options and time trials etc.), the amount of stuff to actually do isn’t really the issue here. The issue is that, despite its decent sense of speed and surprisingly solid handling, it’s not long before you run in to the games’ poor collision detection, another dramatic drop in frame rate or yet another unseemly bug – I’ve seen my fair share of cars falling from the sky and some utterly ludicrous pile ups (which invariably lead to another shocking drop in frame rate). And honestly, those drops in frame rate really are a killer. It’s not like the game is packed with detail, and while I appreciate that there are quite a few cars on track at any given time, the moment that there are a few major collisions, everything grinds to a halt. It might well get sorted via a future patch, but as it stands, the frame rate is a major issue.

The thing is though, for all its faults, of which there are many, Speed 3: Grand Prix has a scrappy charm about it, and even though it doesn’t always work, when tearing around the track at top speed while rival racers explode around you, it’s a game capable of delivering that classic arcade racer thrill. Even the combat, while it might not always, you know, work, when it does, it’s actually quite a bit of fun. Again, tearing around a corner at full pelt as you nudge an opponent into the wall, only to see their wheels fall off (or for their car to simply explode), proves a simple and often exhilarating pleasure. It’s a shame that the collision detection isn’t more consistent and that the subsequent crash can lead to another drop in frame rate, but the fundamentals that drive the experience (no pun intended) are at least solid. 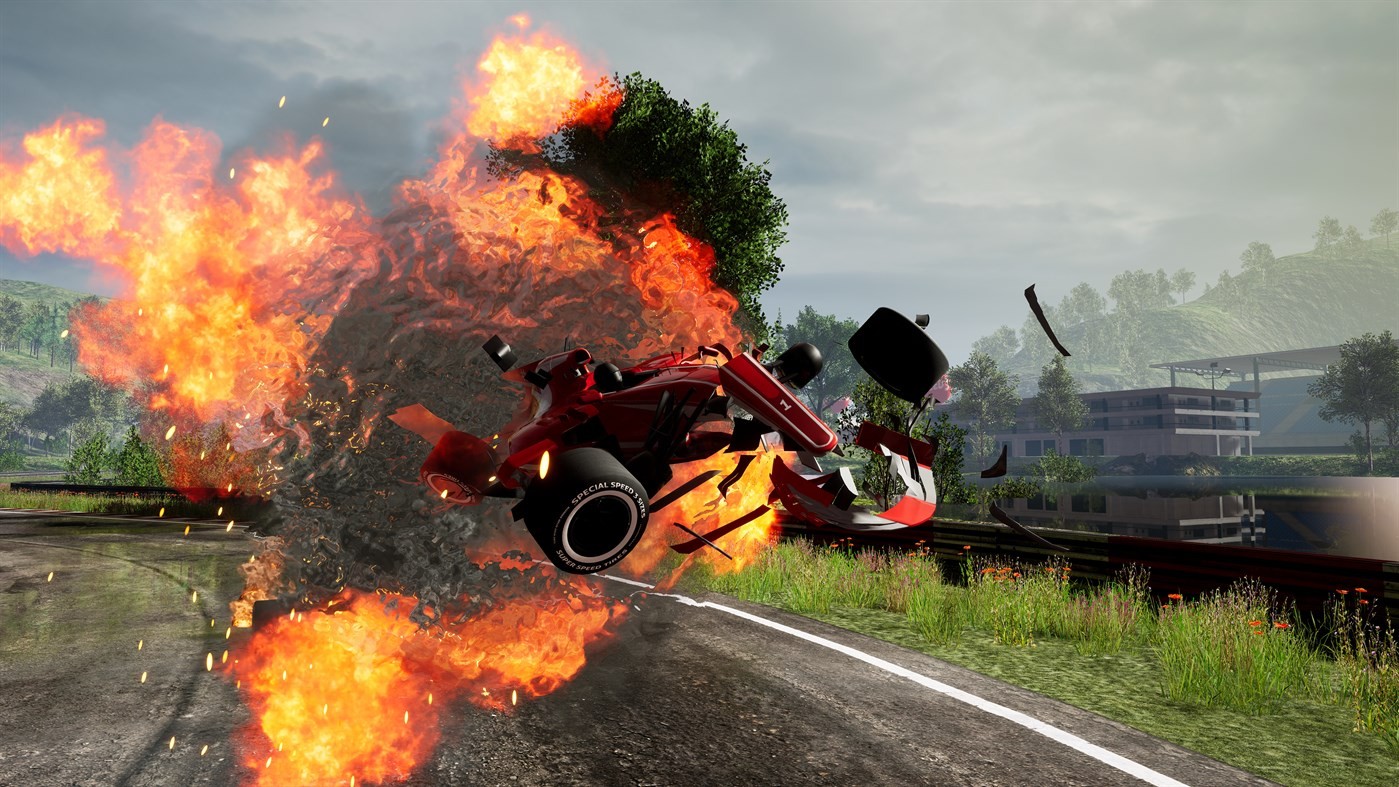 Beyond the technical problems, the game is actually ok to look at. It’s unlikely to win any awards, but its thinly veiled cribbing of real world F1 teams works well enough and the tracks, while limited, are all visually appealing in their own way. It’s a shame that there aren’t more tracks akin to the cool Japanese ones, with the majority of the others being a tad bland, but again, they are all perfectly serviceable if admittedly somewhat forgettable.

With so many cars on track and so many explosions going on at any one time (it doesn’t take much for these F1-esque racers to ostensibly blow up), the racing is rarely anything less than eventful, and while its myriad technical issues and lack of refinement ultimately hold it back, there is still plenty of fun to be had here for those willing to overlook its more egregious technical issues. It would have been nice if there were more unique locations to race around, but the ones here (especially those in Japan) are relatively well designed and, while undoubtedly basic from a technical standpoint, certainly easy enough on the eye. Some will invariably baulk at the limited content, but for most people, their enjoyment of this game will be dictated almost exclusively by their willingness to overlook its technical flaws. If you can (and that’s a big if) a surprisingly enjoyable arcade racer awaits.

Some will invariably baulk at the limited content, but for most people, their enjoyment of this game will be dictated almost exclusively by their willingness to overlook its technical flaws.