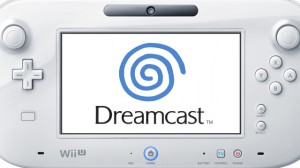 So, EA have confirmed that they currently have no titles in development for Wii U. Sound familiar? It will to those who went out and purchased a Sega Dreamcast back at the turn of the century. After the poor sales of the Sega Saturn and an exclusivity deal that Sega weren’t keen on, EA decided on a wait and see approach to the Dreamcast – obviously, they waited and didn’t see much. EA never jumped aboard the Sega train and the Dreamcast subsequently died a quiet and relatively dignified death at retail.

Is the same to be true of the Wii U? While I’m convinced that Nintendo can still pull the Wii U out of the fire with what will essentially have to be a second launch ala the 3DS, EA jumping ship really puts paid to any chance of Nintendo winning back the hardcore this gen. That doesn’t mean it’s all over for Nintendo on the home hardware front though. The casual crowd is still their if Nintendo can deliver the goods, and if the boys over at Kyoto can come up with another Wii Sports or Brain Training, I’m sure the casual crowd will follow.

Casual crowd pleasers aside though, unlike the Dreamcast which, despite the lack of any support from EA, was home to a plethora of ‘hardcore’ games with consistently fantastic support from the likes of Capcom, Namco and of course, Sega itself, the Wii U, well, for now at least, the Wii U is a complete ghost town. Despite a decent(ish) launch that promised a wealth of 3rd party support, relatively poor sales since have seen the number of projects making their way to the Wii U nosedive, and with next-gen consoles on the horizon, things look like they’ll only get worse in terms of 3rd party support.

The only way Nintendo are going to save the Wii U from suffering the same fate as the Dreamcast is by going the same route as the original Wii. Beyond the obvious need to get their own big hitters out to bat, Nintendo themselves are going to have to come up with something to bring back the casual crowd……….adverts with pensioners and celebrities perhaps? Whatever the answer, Nintendo certainly can’t rely on anybody else to drum up interest for the ailing Wii U.

The thing is; the hardware is brilliant. The online infrastructure, as ever, is a bit of a mess, but as a potential mass-market product, the Wii U has the kind of design and interface that make it the more appealing prospect to ‘non-gamers’ and children alike. Shit, I’m a hardcore gamer and I love the feel of that console. From the beautifully realised GamePad to the gloriously simple design of the menu, there’s something about it all that just feels so much more inviting than the equivalent Sony and Microsoft offerings – I just need an excuse to turn it on. 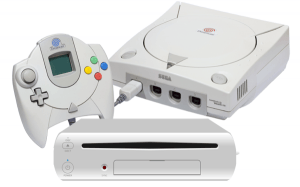 Unlike the Dreamcast, the Wii U is all but guaranteed a certain degree of success thanks to Nintendo’s hugely popular and widely recognisable library of first party titles. Despite EA not being on board and despite being underpowered in comparison to the upcoming next-gen consoles, if Nintendo can deliver the kind of impact that they did on 3DS this Christmas by delivering a host of fist party titles alongside a price cut that could potentially make the Wii U half the price of the incoming PS4 and next-gen Xbox, there is still a strong possibility of Nintendo muscling their way back into the fight for living room domination.

Yes, as it stands, the Wii U does have an air of the Dreamcast about it, but the Wii U is a very different console, one coming off the back of success rather than failure. Recent unofficial price cuts may have had little to no effect on the Wii U’s retail fortunes but the fact of the matter is, price cuts don’t sell consoles, games do. If Nintendo can really hit big with first party titles this year, first party titles arriving alongside a considerably cheaper piece of hardware, I for one wouldn’t be surprised if Nintendo found itself back in the fight by year’s end.