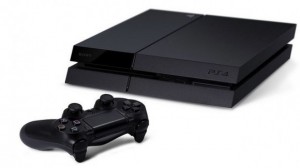 Ok, so the PS4 has been celebrated for not having the online or DRM requirements that the Xbox One will have. It’s also cheaper – this is all good news. But is that really worth getting excited about? Sure, I prefer the Sony approach to second hand games, but the online thing? Well, that doesn’t really bother me if I’m to be honest.  The reason that I buy a new console, the reason that I get excited about a new-gen, about new hardware, is the games and the innovative ideas the come with new technology. So far, I just don’t see what the PS4 is doing that is so exciting? Is it just me, or is everybody drinking the Sony made Kool-Aid?

I’ve taken some stick recently for being a supposed Microsoft fan boy, but why? Because I thought that their console launch was savvy and a sign of their plans to expand upon the installed user base for the 360? Maybe because I believed that getting the technical stuff out of the way and highlighting what is unique about the Xbox One hardware made perfect sense? Everybody banged on about the lack of games, but Sony didn’t exactly do much to force their hand. Just to remind you, while Sony showed plenty of games at their reveal, they certainly didn’t show anything that would worry Microsoft.

And about those games; what exactly has the PS4 got lined up that is so great? Of the exclusives revealed, I’m certainly more excited about what I have seen for the Xbox One – Dead Rising 3, Titanfall, Forza 5, these are the exclusives that I want to play. That’s not to mention Killer Instinct, Quantum Break and Sunset Overdrive. Now, I appreciate that PS4 has got Killzone and InFamous etc, but from what I’ve seen, the Xbox One certainly has the edge in terms of games……something that the PS4 is supposed to be all about. I’m actually a massive fan of both the Killzone and InFamous franchises, but they’re not nearly as exciting as the Xbox One exclusives shown thus far – and I can tell you this much, neither are going to set the world alight in terms of sales.

It’s not just the games though – what about the tech? I’ve heard that the PS4 is supposedly more powerful, but the same was said about the PS3 and we all know how that turned out. I have no doubt that the vast majority of games will look exactly the same on both consoles. What will set them apart are the exclusives and the additional capabilities of each console. So far, again, people seem to be celebrating the fact that the PS4 does jack shit that is new. Yeah, I know, it’s all about the games……but if that’s the case, why has the Xbox One got the more exciting looking titles? 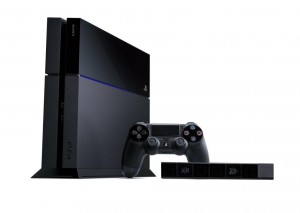 Us gamers understandably approach anything Kinect related with a raised eyebrow, but again, Microsoft has handled Kinect 2.0 with a fair degree of finesse; no Kinect-centric games, no jumping around, just a look at how it, combined with a host of additional features and partnerships might just change the way we approach gaming, TV and music in the living room. Sure, like the original Kinect before it, it might not work, but what if it does? At least there is something to be excited about? Many gamers might not care, but there is certainly potential in the tech, and personally, I’d prefer to have this stuff than not. Yes, the PS4 has the Eye (which needs to be purchased separately), but I’m thinking Sony’s relative silence on the matter speaks volumes. I don’t give a shit about these cameras atop my TV, but if I’m going to have one, I know which one I’d prefer.

Microsoft know that they won’t be able to expand upon their current market share if they take the same approach into the next-gen. Microsoft aren’t interested in losing the core, but they do want to expand into the casual. Who doesn’t? It makes perfect financial sense. Everyone wants to expand, and this is the way that Microsoft hope to do it. As long as they keep delivering the games, I really don’t mind. It’s like my 360 – I only really use it for games, but having the additional capabilities certainly doesn’t harm. Essentially, rather than taking the Nintendo, family-friendly approach, Microsoft believe that they can have their cake and eat it – the hardcore and the casual? If anyone can do it, it’s Microsoft and their near bottomless pit of resources.

Sony though, they’re going to have to deliver the games, and thus far, they haven’t shown me anything to convince me that they have that side of things wrapped up. Yes, everyone will point towards their list of first and second party studios, but Sony are going to have to improve their support and certainly their marketing if they are going to have the impact that Sony are hoping for on PS4. Gamers will always complain about another new Gears of War and Halo release, but in case you haven’t been keeping track, these are the games that absolutely smash PlayStation’s offerings in the sales charts……and the folk online moaning about these games, yeah, they’re usually the first gamers to pick them up…….you know it’s true. 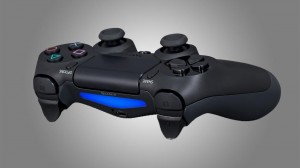 At the moment, it’s easy to bash the Xbox One’s high profile design choices, but a lot of people are forgetting the many positives while happily papering over the cracks in the PS4 reveal. Put it this way, if I was going to preorder now, I’d be opting for an Xbox One, and despite all the online grumbling, I’m guessing that when it comes down to actually putting money on the table, quite a few will be joining me.

Has the Xbox One reveal been perfect? No, far from it, but to return to my original question, what’s so great about the PS4?