Home
/
Blog
/
Things I hate about videogames part 1: Making videogames longer than they need to be.
Share Review 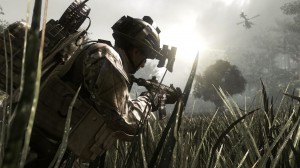 While I do appreciate that gamers want their money’s worth from a videogame purchase, I for one despise games that are extended just for the sake of having a few extra hours worth of gameplay. I have nothing against long games (I count JRPGs amongst my most beloved of genres), but with so many fantastic games just waiting to be played, I simply cannot abide a videogame that prioritises length over enjoyment – easy sailor.

Sure, I get why people complain, why they bemoan the fact that the latest Call of Duty is only 4 hours long when they have handed over £40, but honestly, do you really want more? Considering how much is packed into that 4 hours and how much additional content is actually on the disk, should we really be complaining about the fact that the single player campaign didn’t take up 8 hours of our lives? Seriously, I’d prefer to play through a really good, succinct, 4 hour campaign twice rather than a bloated, middle of the road attempt coming in at an overly stretched 8 hours.

I know it’s a lazy example, but who could honestly say that Halo wouldn’t have been better without The Library or that Final Fantasy XIII wouldn’t have been a superior product if Square Enix had decided to chop about 10 hours out of the games’ first quarter? We all want our money’s worth but personally, I’d take additional quality over additional content any day of the week. 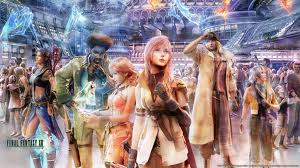 One thing I will concede however is that this is an argument coming from a man the wrong side of 30. As you get older, the amount of spare time you have tends to gradually decrease, leaving a minimal amount of time for actual gaming, thus inevitably making unnecessary padding all the harder to bear. It’s one of those harsh truths of growing up – when you’re younger, chances are that you’ll have loads of spare time but very little in the way of disposable income for games. Later in life, financial security might well bring a vastly increased gaming budget, only for family and work based commitments to rob you of the time required to actually play the blasted things – the amount of games I buy has increased years on year while the amount of time I actually spend playing them is decreasing at an alarming rate. It’s a difficult fact to accept but I fear that the slide is only set to continue…..I tell you, there’s no bloody winning when it comes to gaming.