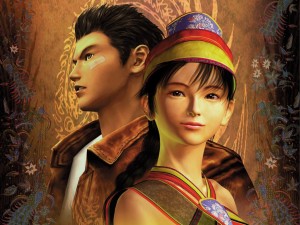 Shenmue, Yu Suzuki’s flawed masterpiece is the extremely rare result of one man’s vision being backed by almost unlimited funding and resources. The decision may have backfired from a financial standpoint thanks in part to the Dreamcast’s relatively poor market share, but the resultant product is quite unlike anything released before or since.

While not for everyone and certainly not without its flaws, Shenmue overcomes its faults thanks to a fantastic story, fleshed out characters and a truly palpable sense of place – something that Shenmue has arguably yet to be matched on. Over 10 years after its release, Shenmue still holds its own both graphically and technically and while many of its features are now common place, back in 1999 it was doing things that had simply never been done before.

NPCs, beyond being brilliantly unique from one another, all go about their daily business in a believable manner, the animation work, specifically the facial animations of even the most minor of characters were, and still are, absolutely fantastic and the weather system, which incorporated actual weather data from Yokosuka for 1986 and 1987 all combine to make Shenmue an experience that you lived rather than played.

Some may argue that the game is too slow, others that it is self-indulgent. I however would argue that it is an experience quite unlike any other; one that, if succumbed to, is likely to leave as indelible a mark on you as any movie or book. We may never know how Ryo Hazuki’s tale of revenge ends, but we will never forget the journey.