Home
/
Blog
/
I Love my Wii U
Share Review 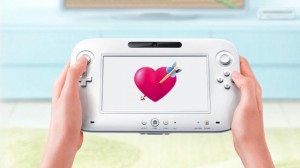 Seen the papers? Checked out the press? Honestly, in the build-up and subsequent fallout from this year’s E3, you’d never know that Nintendo had a ‘next-gen’ console already sitting on store shelves. Ok, so there has been a bit of news on Nintendo’s latest, but as is so often the case nowadays, those words have come in the form of a kick – one often directed towards the ribs of this once beloved company.

While I do appreciate that Nintendo have invited its fair share of kicking’s in recent times, I still feel that the overridingly negative response to everything Nintendo is a little premature and more than a little unfair. Beyond the fact that everyone seems to forget the fact that Nintendo are still killing it in the handheld market with the wondrous 3DS (and it is wondrous), many journalists and gamers are overlooking the fact that Nintendo have a lot of great games coming out in the next year or so. Yes, I, like just about everyone else was vaguely disappointed by the Mario 3D World reveal, but you know what, I seem to recall both myself and most of the free world being ‘vaguely’ disappointed when Nintendo revealed Wind Waker back on the GameCube. It wasn’t until the game was released and actually in people’s hands that the quality really shone through.

The thing is; it’s easy to rag on Nintendo – either their games are too similar to what has come before or they’re too different from what people expect. There is rarely any winning for Nintendo – that is until the games actually release that is. Wind Waker, as proved by its impending HD remake, was an absolutely fantastic game, one whose greatest asset was arguably the primary point of concern for most gamers – the visuals. Much the same could be said of Mario 3D World. Without having actually played it, the majority of gamers are up in arms primarily on the basis that it looks like the 3DS release – is that so bad? Perhaps it is, but I’ll tell you this much – I’d bet my bottom dollar that Mario 3D World will turn out great. Not good……great. And you, sir, can take that to the bank. Would I have preferred something akin to another Galaxy? Yes. But down the years, I have come to trust in Nintendo’s first party output. They rarely do me wrong, and in my opinion, are still the finest developers in the industry. 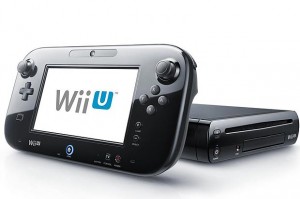 The bizarre thing is; most people seem to agree. Despite the negative response, there is nearly always a disclaimer – “yeah, it’ll probably be loads of fun” or “sure, it’ll obviously be really good”……..what else matters? Is innovation really so important? As long as I’m having fun, I honestly don’t care. Would Galaxy have been any better if it had been a new character rather than Mario? I think not. And anyway, everyone keeps talking about Nintendo like they don’t innovate, and it’s starting to drive me up the bleedin’ wall. Take Mario Galaxy for instance – yes, it was another Mario game, yes, it was another 3D platformer, but the ideas hidden within that framework were some of the greatest ever committed to game. They do it all the time – build a familiar framework and fill it with a bunch of new ideas – that’s more than can be said for the majority of major developers.

It’s not like they even release these games on a yearly basis. Sure, they went a bit mad with New Super Mario Bros, but in the case of the big, core franchises; Mario Kart, Smash Bros, Zelda and 3D Mario et al, you’re usually looking at a 3 to 5 year cycle. It’s hardly over milking the cow is it? Have they become over reliant upon the core stable of characters? That’s up to debate, but as far as I’m concerned, as long as they keep delivering top quality titles, I’ll remain a mostly happy camper. 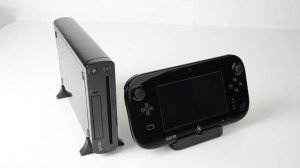 Games aside though, the primary reason I still love my Wii U (even throughout this unforgiving period of gaming drought), is the hardware itself. It may not be as powerful as the PS4 or Xbox One, but one thing it has, something so often lacking from Sony’s and Microsoft’s offerings, is charm – charm in abundance. Just turning on the console is a joy. Like their very best first party output, the Wii U is a collection of lovely little touches that make even the most mundane of menu screens oddly likeable. They’ve done the same with the 3DS. It’s miles behind the Vita on a technical basis, but superior games catalogue aside, is the more welcoming and user-friendly of the two products.

Yes, the Wii U could do with more games, but the software coming and the hardware here are still the gaming equivalent of a loving hug – something you’re unlikely to get from Microsoft or Sony. Sometimes it’s hard to defend Nintendo, but when they’re on form, they’re still the best in the business.

Disclaimer – while I loved Donkey Kong Returns on the Wii, hearing that Retro Studios were making a DK sequel rather than a new Metroid or, heck, something completely new, was extremely disappointing. I’m sure Donkey Kong in the snow will be great, but c’mon Nintendo, that one really stung.