Home
/
Blog
/
Achievements: The Good, The Bad and The Weird.
Share Review 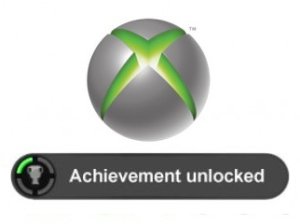 Since the advent of the Achievement system on Xbox 360 back in 2005, gaming has become a very different prospect for many people. A friend of mine, who was previously the very definition of a casual gamer has since become one of the dedicated hardcore elite thanks to a rather unhealthy addiction to Achievement chasing. In fairness, he probably plays fewer games nowadays, but the ones he does play, he tends to play into the ground (regardless of quality). He simply cannot move on (occasionally with his life) until he has mined a game of each and every Achievement point available.

Before even touching the game, he’s already eyeing the Achievements online and planning the best strategy to tick them all off – essentially, he plays the games for achievements rather than for the simple fun of playing the game. In fact, he’ll often pick-up games just for the easy Achievement points, happy in the knowledge that the game itself is an utter turd. The commitment is unnerving. Even if he’s bored of the game or doesn’t particularly like it, he’ll soldier on until that last Achievement is, uhhh…. achieved.

It may not be my position to judge or tell others how they should go about their gaming hobby, but surely this isn’t the way to go. Achievements, when treated in this manner can turn gaming into hard work……I already have a job and I sure as shit don’t need another one. Gaming, simply put, should never feel like work. Yes, there is fun to be had in grinding and heck, struggling for certain achievements can be entertaining, but building your entire gaming experience around arbitrary points can’t be healthy. 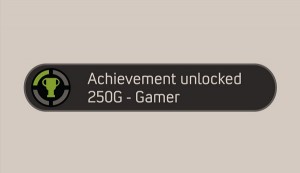 If you’re not enjoying a game – turn it off. If you want to try something new – get a new game. I appreciate that there has always been a number of completionists who enjoy nothing more than to turn a game inside out, but they were doing that long before the Achievement system rocked up on the scene. No, I’m talking about those who now feel compelled to struggle through a game, regardless of enjoyment just to add to that rather arbitrary score sitting at the top of their 360 dashboard.

Now, before I convince you all that I hate Achievements, let me make it clear that the above is simply one of the prime examples of how the Achievement system can be dangerous, how it can potentially suck all of the fun out of what should always be an all but exclusively enjoyable pastime. The fact of the matter is – I love Achievements. While certainly far from an ‘Achievement whore’, Achievements have encouraged me to push my skills, try new things (in a gaming sense of course) and above all, complete more games. You see, before Achievements came along, I was especially prone to quitting games half way through, always a little too eager to push onto the newest, latest release. Now though, that gentle allure of additional Achievement points tends to keep me committed. I’ll still bin a game if it’s pants; they simply ease me over the finish line for games that, in the past, I may have quit ahead of the closing credits.

Yes, changing gaming habits would probably see me through to the end of more games nowadays regardless of Achievements, but beyond simply finishing a game, Achievements have encouraged me to try different approaches to games that I may have otherwise ignored. It might be something as simple as trying different guns, but honestly, left to my own devices, I know what I’m like – I’ll stick stubbornly to the assault rifle. If there are a few Achievements points for kills with different weaponry though, yeah, I’ll give them a go – and you know what, I will have probably had a more interesting experience for it (BioShock being an obvious example).

Obviously this is just one example of how Achievements can enrich a gaming experience, but be it finishing games or being encouraged to experiment with the mechanics that I might have otherwise missed, if Achievements are approached in the correct manner, if they are done right, they can genuinely enhance and expand a gaming experience. Like anything else in life though, Achievements are all about moderation; they can be great fun, but get addicted and things can soon turn ugly.