Home
/
Blog
/
It’s ok if my girlfriend is better than me at videogames……..as long as she’s isn’t.
Share Review 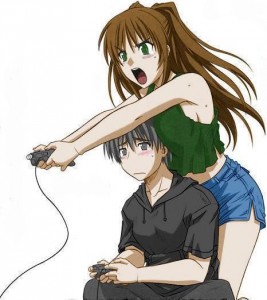 Me and my girlfriend were playing through Katamari Forever on the PS3 recently and she asked me what appeared, at least on the surface, to be quite the innocent question –  “could I handle it” if she was better at videogames than me? “Of course I could” I replied confidently, “why wouldn’t I?” It was an honest response, but one born out of a complete lack of first hand experience.

You see, despite her more than reasonable skill level, when it comes down to it, I’m the better videogame player – I’m not boasting or anything, it’s just a fact. Be it Mario Kart, Halo or some 8 bit classic we’ve fished out for the weekend; I am accustomed to being the superior player. If it’s competitive multiplayer, I’m winning. If we’re taking turns, I’d do the tricky bits……..that all changed though. While I may still have the edge when it comes to the vast majority of videogames, when it comes to Donkey Kong Country, well, let’s just say the tables are turned. Downloaded recently from the Wii’s Virtual Console (at her request I might add), playing through Rare’s 16 bit classic was like being hussled by a particularly sneaky card shark. It was as if she had been holding back all these years, meticulously positioning me into a false sense of security, ensnaring me in some form of elaborate videogame based entrapment, fully aware of what she was capable of and somehow completely aware of my apparent videogaming Achilles heel.

Now, I hadn’t played Donkey Kong Country since some time around its original release back in 1994 and although I remember being vaguely fond of it, I had obviously suppressed the fact that I absolutely sucked balls at it. My girlfriend, Bethan on the other hand, despite her generally so-so videogame skill level, was like fucking Rain Man when it came to Donkey Kong. Seriously, it was like watching those crazy Japanese kids playing Dance Dance Revolution at a local arcade in Tokyo – you can see it going on in front of you but don’t really understand how it’s happening.

Despite Bethan’s super human ability to stroll through Donkey Kong Country seemingly trouble free, I was still convinced that, through a bit of time and effort, my skill level would inevitably catch up with her own – I was going to stay cool. 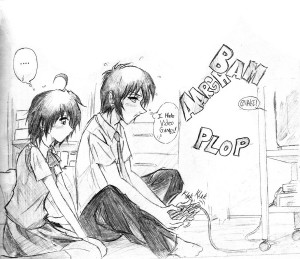 Needless to say, that lasted all of about 30 minutes before the swearing began – oh boy there was some swearing. While Bethan continued to cruise, I only got worse as my stress levels rose and my frustrations grew. While swearing is nothing new to me when playing videogames, (Pro Evo, Ninja Gaiden and heck, even Mario Party has seen me dish out some pretty outrageous expletives in the past), never before have I thrown the proverbial toys out of the pram like I did on this occasion. Why? Well, for all my chat to the contrary, I obviously couldn’t handle the fact that Bethan was better than me. I tried to keep my cool, I tried to be a grown up but it just didn’t happen. With controller thrown to the floor I stormed out of the room in what I’m sure would have been something of an embarrassing/hilarious site.

It’s not as if she’s suddenly handing me my ass on Call of Duty or giving me a hand guided tour through Demon’s Souls – it’s just Donkey Kong……..and that’s the problem. My girlfriend being better than me at this one game shouldn’t be a problem, but it is. It really is. I know I should get over it, I know I should see sense, but the fact of the matter is, I’ll be one grumpy bastard until I am the king of Kong.