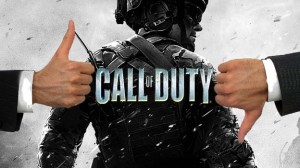 If we believe everything that we read (and why wouldn’t we?), one would have to assume that everybody hates, Call of Duty……everybody. Gamers, non-gamers, your mum and probably your dog; they all despise Call of Duty. There may be a few staunch supporters amongst the enraged online posse, but for the most part, hatred for Activision’s all conquering FPS seems to be one of the few arguments that will bring the world together in unison – if we can just get Russia and the US talking Call of Duty, I’m sure that whole Ukrainian thing will get sorted in no time.

The problem is, the facts just don’t add up. If everyone hated Call of Duty so much, it stands to reason that the game wouldn’t be all that popular. I mean really, who’s going to play a game that they clearly abhor? Well, based on the online figures for Call of Duty (and I’m talking about every one released since Modern Warfare), it seems that there are quite a few.

No other game has come close to the kind of online dominance enjoyed by the Call of Duty series, and while Titanfall might become the game to topple the current king (in the long run anyway), I wouldn’t expect Activision’s online leviathan to disappear anytime soon. Just take a look at the online charts for both current and last-gen consoles, and not only is the much maligned Gall of Duty: Ghosts still rocking the top of the charts (and by quite some margin I might add), but there’s still space for older entries such as Black Ops, Modern Warfare, World of War and even 2007’s, Call of Duty 4 amongst the most played online games.

The fact of the matter is, people can’t get enough of Call of Duty. For all the hate and negative comments, a large majority of those same people bad mouthing the series on a regular basis must be doing so between rounds of team deathmatch on the latest DLC map pack. Gamers it seems are quick to bad mouth but a lot slower to back up their words. I’m not saying that there is no one out there brave enough to follow through on their convictions, but I will say one thing – a lot of gamers are flat out full of shit.

It’s just the way of things though – not only is there the natural element of wanting to knock the king off his perch, but there’s also, and probably of greater importance in this instance, the fact that gamers will attack games that they deem to lack innovation with often unnerving dedication. The problem with this (as is so often proven via sales), is that innovation often doesn’t sell and despite the calls for something new and different, the large majority of gamers will retreat to the warm embrace of the familiar as soon as they get the chance; case in point – Call of Duty. Heck, even Titanfall, which does feel relatively fresh given the inclusion of parkour skills and giant robots, is still based upon the extremely familiar, Call of Duty template.

While exciting and unique video games are still to be found, the majority are either download only titles or ones that tend to fall by the wayside. All the while, the tried and tested once again sit proudly atop of the charts. There are exceptions to the rule of course, but the fact remains; despite all of the online belly aching, Call of Duty is still king while top quality developers such as, Platinum Games struggle to shift a unit. 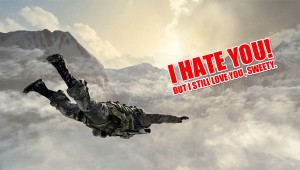 We can all blame developers and publishers for feeding us the same content in shiny new packaging but we’re the ones who continue to gobble it up. And you know what makes matters worse……I’m just as bad as the rest of you. I’m not a huge Call of Duty fan, I’ve criticised it for its lack of innovation and shooting gallery gameplay but y’know what, I’ve bought every single game in the series – I guess that makes me full of shit too. Bust still, full of shit or not, I’m willing to admit that Call of Duty is a consistently fantastic series, one that should be celebrated rather than torn down. It may not deliver a great deal of innovation, but the fact is, despite what you (and I) may want to believe; Call of Duty is actually pretty damn good.

Tags:Call of Duty: Ghosts, Xbox One