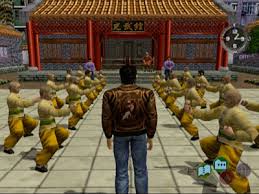 Shenmue and it’s truly fantastic sequel are amongst my very favourite games of all time. I was actually asked recently what my favourite game ever was and my immediate response was Shenmue II. While clearly not for everyone (you only have to look at the decidedly disappointing sales figures as proof), for those who fell for its unique charms, Shenmue and its sequel are games that tend to be loved rather than merely liked. Now, I’m not suggesting for a second that either are anywhere near perfect, but as many a fanwill tell you, there is unquestionably something uniquely special about Yu Suzuki’s flawed but brilliantly ambitious masterpiece.

As great as they were (and still are) though, for those who played through both games, for those invested in Ryo Hazuki’s tale of revenge and the on-going mystery of the Dragon Mirror, having the story end via a beautiful but ultimately anti-climactic cliff hanger at the end of Shenmue II, proved a somewhat understandably tough pill to swallow.

For years, I along with thousands of hardcore Shenmue fans hoped against hope that Yu Suzuki would get the opportunity to realise his vision and finish the story that we had all grown to love. Honestly though, the majority of us gave up on that dream years ago. Sure, we were all blinded by naïve hope at the start, but after 13 years of false rumours, even the dreams of the most committed are eventually ground down. Had we given up too soon though? A reasonable man would say no, but after all these years, Yu Suzuki has sent fans a lifeline and a reason to believe once again.

In a recent interview with Eurogamer, Yu Suzuki, along with the announcement that he is currently working on something new (exciting enough news in its own right), admitted that he is actively attempting to bring the Shenmue series back, “of course I want to make one, if I have the right opportunity, ‘dot dot dot’…”, Yu Suzuki confirmed when questioned on the matter, and that, when asked whether he had considered funding the project via Kickstarter, confirmed that he had been “researching it”. 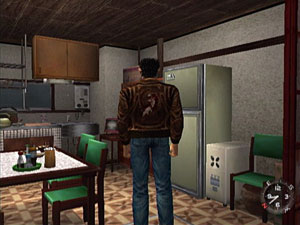 Of course, this is nothing concrete and with the games’ now infamous budget likely to prove problematic to even the most successful of Kickstarter campaigns, we are still unlikely to see anything on Shenmue III for quite some time. Still, is there enough here to make us believe? For us to hope against hope that Yu Suzuki might return to one of the most beloved video Game series of all time? For sanity sake, I should probably say no, but heck, I’m nothing if not a romantic when it comes to these things.

What do you think? Will Shemue III see the light of day? Do you even care? Might a long overdue HD remake of the first two games get the ball rolling?