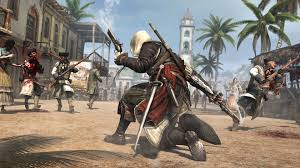 I‘ve been playing Assassin’s Creed IV lately and…….ok, let me start this again…….I’ve been struggling my way through Assassin’s Creed IV lately (yeah, that’s better) and I once again find myself begrudging Ubisoft’s decision to fill their games with so much damnable busy work. I like additional challenges as much as the next guy, but jeez, there’s a limit to the amount of pointless distraction that any one man can take.

Ok, so ‘pointless’ is perhaps a little harsh, but the fact remains, these game are just too busy, they are, simply put, too much like hard work. Yes, I know, I know, these are all optional extras, but tell me that you can walk past a shiny gold chest without kicking it open, that you can see one of those bloody fragments in a tree above you and not climb up there like a monkey. It’s not that they are there, it’s that there are too many of them…..far too many! 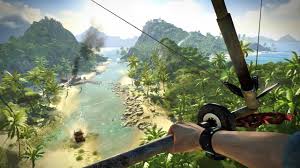 My compulsive gaming habits dictate that I must at least attempt to collect all of these little trinkets; the problem is, I know that I’ll never collect them all, there’s just too much too collect, and, well, like I said, I’ve already got a job. That doesn’t stop me from climbing those trees and kicking open those chests though, no, it just leaves me with that horrible realisation that a) I’ll never collect all of them and b) that I’ll still carry on collecting them out of blind obsession. I know that’s my own fault, but I refuse to believe there aren’t thousands of gamers out there just like me – they want to collect, but don’t have the time. Collecting things in games should be fun (and usually is), but by increasing the number of items with each subsequent release, Ubisoft have turned this time honoured tradition into a job that many will never (and could never hope) to actually complete.

If there were more reasonable challenges or, just, well, less of them, I could get on board, but Ubisoft insist on collectibles at every turn. In the first Assassin’s Creed game, I remember dutifully climbing to the top of each synchronisation point and looking forward to those little collectible pings below, but now I find myself dreading it. They are everywhere. Rather than evolving the concepts built in earlier games, Ubisoft just keep adding and adding.

Sure, Assassin’s Creed IV is a decent game in its own right, but Ubisoft really have to stop filling its world with collectibles in a vain attempt to mask the fact that, while certainly pretty, their worlds are often as shallow as a shallow puddle on a hot day. Everything looks great, but there is nothing under the surface, so instead of building depth, they just keep adding to that admittedly attractive surface until it’s eventually covered in crap…….seriously, how can that many people be stranded at sea? 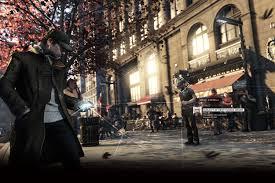 Despite my complaints, I’m enjoying Assassin’s creed IV, just as I did its predecessors; I just hope that with the next generation comes greater depth rather than ever expanding canvas on which to paint more of the same stuff. Will Assassin’s Creed Unite or Watchdogs deliver that depth? I would love to say yes, but based upon recent comments, I wouldn’t be surprised to find myself wading through yet another giant, gorgeous, but ultimately shallow collect-a-thon come Christmas.