With the ever growing popularity of indie titles and an increasingly passionate commitment to storytelling, you’d think that the visual quality of video games would become less and less relevant.

Well, given the outrageous internet furore surrounding the 1080p, 60 frames per second debate, that’s clearly not the case. We might not talk in ‘bits’ anymore, but be it the Wii U’s place as an underpowered console or the Xbox One’s apparent inability to deal with 1080p and the such, it’s clear that horse power and visual fidelity are still a major selling point (and a major point of contention) when it comes to the home console market.

With that in mind, we’ve decided to take a look back at the very best looking launch titles in video game history, and in time honoured tradition, have conveniently whittled down our choices into an easily digestible top 5 list…..I know, we are too much.

While in no particular order, please note that this list is obviously based upon each games’ initial visual impact……we don’t want any smart ass comments about Super Mario World not being in HD! 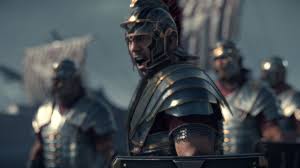 A lot has been made about the PlayStation 4 supposedly being the most powerful console on the market, and while multiplatform releases do suggest that Sony’s console has the edge, the Xbox One is still home to the best looking game overall.

The relatively simplistic combat might not have been everyone’s cup of tea (I thought it was great), but from a purely visual perspective, 8 months into the current gen, and this is still the prettiest game that money can buy (on home consoles anyway).

It takes something pretty special for my wife to even notice the visuals in video games (she’s more of a Mario girl), but even she stopped and commented on just how lifelike Ryse: Son of Rome looked…..incidentally, she walked past, Killzone: Shadow Fall without giving it a second look. Now, I’m not claiming my wife to be the authority on video game visuals, but despite being home to some truly lovely lighting, Sony’s visual poster boy failed to wow me in quite the same way as Crytek’s technical masterpiece. The gameplay might be stuck in the past, but visually, Ryse feels like a true taste of the future. 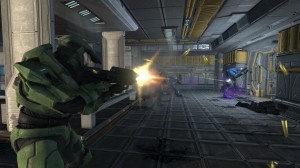 I remember the first time I saw Halo in action very clearly. I had seen pictures in magazines, but in the days before wide spread internet use (I didn’t have it anyway), it was down to random chance that I should finally see this genre defining game in motion.

A Game concessions store at my local Debenham’s had a demo pod up and running, so, with my friends off buying shoes or something boring like that, I decided to give the game a go, and, well……wow. The level on display was The Silent Cartographer and I can remember few times in my life when I have been so genuinely bowled over by how good a game looked.

From the Halo ring reaching up into the sky, the detail of the soldiers at my side and the way the water pushed onto the beach in the distance, this was a game, that while being released well into the sixth generation, felt like a huge step-up from anything I had played before. Needless to say, I came back the next day and traded in my PlayStation 2 to assist in the purchase. 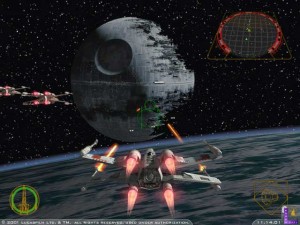 Another game from the sixth generation, Star Wars Rogue Squadron II: Rogue Leader on the GameCube stands at one of those outrageously rare occasions in which Nintendo were handsomely bested by a third party developer. Sure, Luigi’s Mansion looked lovely and Wave Race was far from ugly, but neither came close to matching the visual fireworks delivered by, Factor 5’s utterly gorgeous homage the original Star Wars trilogy.

Not just gorgeous to look at, Rogue Squadron II: Rogue Leader was (and arguably still is) amongst the finest Star Wars video games ever made and was the main reason behind my decision to make the GameCube the first console that I ever purchased on launch day.

Even 12 years after its original release, you’d be hard pressed to find any game that captures the visual style of the Star Wars universe as well as Factor 5’s finest. From the iconic Death Star trench run through to the unforgettable Battle of Hoth, Rogue Squadron II: Rogue Leader delivered an extremely impressive recreation of Star Wars’ most memorable moments while single handedly proving the GameCube’s place as a console to be reckoned with. 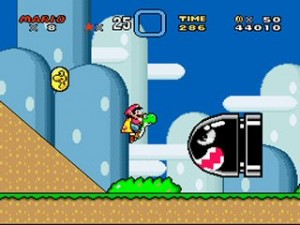 Thanks to the Sega MegaDrive, gamers around the world were more than accustomed to 16bit technology, but even with games as good looking as Sonic the Hedgehog and an array of arcade classics already available on Sega’s much loved machine, Super Mario World still felt like a major leap forward. 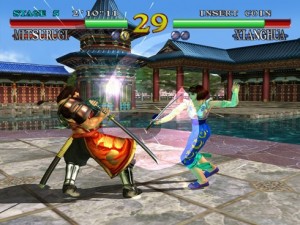 It may have been comfortably surpassed by its array of sequels, but upon release, SoulCalibur was, without question the best looking video game I had ever seen. More importantly though, it was the first game that unequivocally proved that not only could home consoles match the visuals found in the arcades, but as per the case of Soulcalibur, actually surpass them.

As a huge fan of arcade gaming, growing up, arcade visuals always felt like the holy grail to me, something for home consoles to strive towards. Photorealism might be the buzzword today, but back when that was still pie in the sky, arcade machines provided the visual benchmark by which consoles were often compared.

While arcade games were nothing new to the home console scene, other than the outrageously expensive Neo Geo, few machines had come close to matching the visual fidelity of modern day arcade gaming. The Dreamcast though, that changed everything. With enough power to match the best that arcade machines of the time had to offer and a commitment to delivering additional content, The Dreamcast was the first console to bring cutting edge, arcade visuals to the living room, and you’ll be hard pressed to find a better example of its success than the truly gorgeous, Soulcalibur.

So, that’s our list – what about yours? Mario World or Mario 64? Ryse or Killzone? Perhaps you prefer Ridge Racer on the original PlayStation or Daytona USA on the Saturn. Whatever your opinion, do let us know.