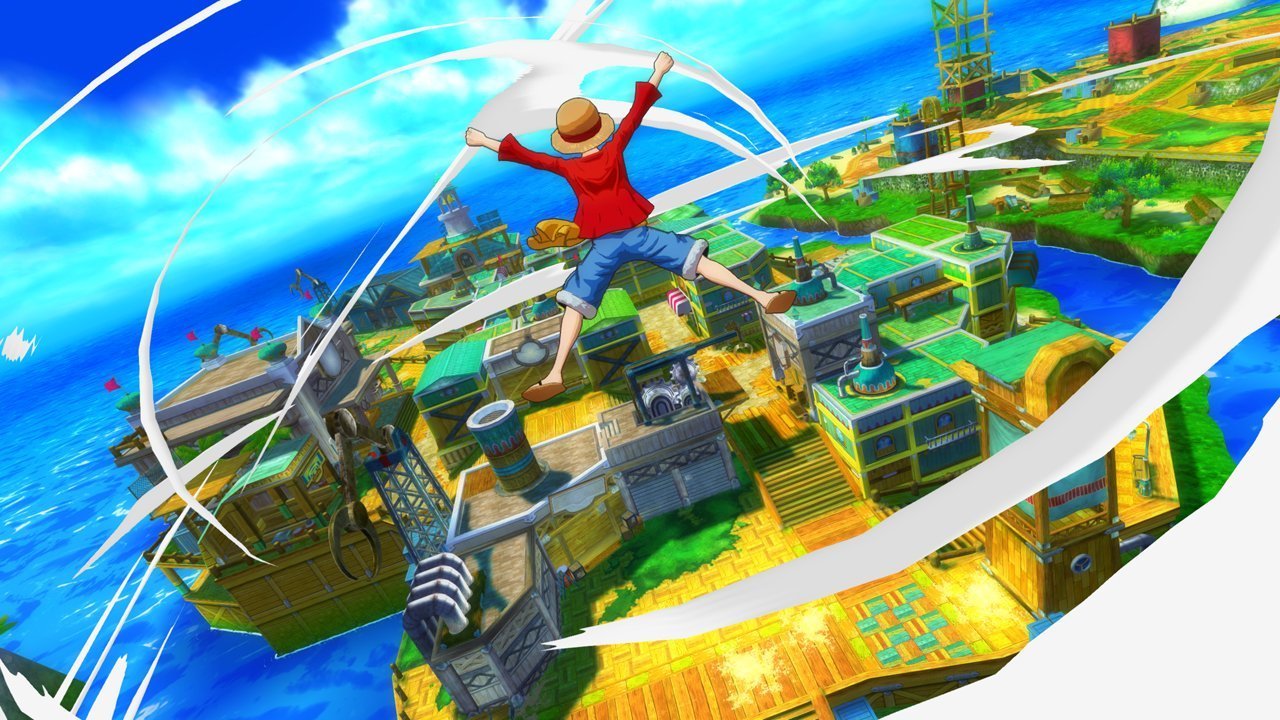 One Piece Unlimited World Red is the fourth instalment of the Unlimited series and starts off after Patrick Redfield (Red) has escaped prison. While doing so he creates clones of Smoker and Kuzan to use for immoral purposes and after that little cut scene the adventure starts to take off. I myself am not a big One Piece fan but minimal knowledge of the story and characters is all one would need to get a hold of the main game plot, and within a few minutes anyone will be ready to sink their teeth into this wonderful game. A good thing about the start of the game is its lack of wordy tutorials, meaning you can get into the meat of the game much quicker; One Piece manages to give you small doses of tutorial when you actually need them instead of trying to make you a expert on all its inner-workings in the first 15 to 30 minutes of the game.

The first thing I loved about this game was the art style and how colourful it was. There is not a moment to get bored in this game due to having your attention drawn to the great looking 3D characters, and it’s something that established fans of the One Piece universe will be able to appreciate even more than a newb like myself. 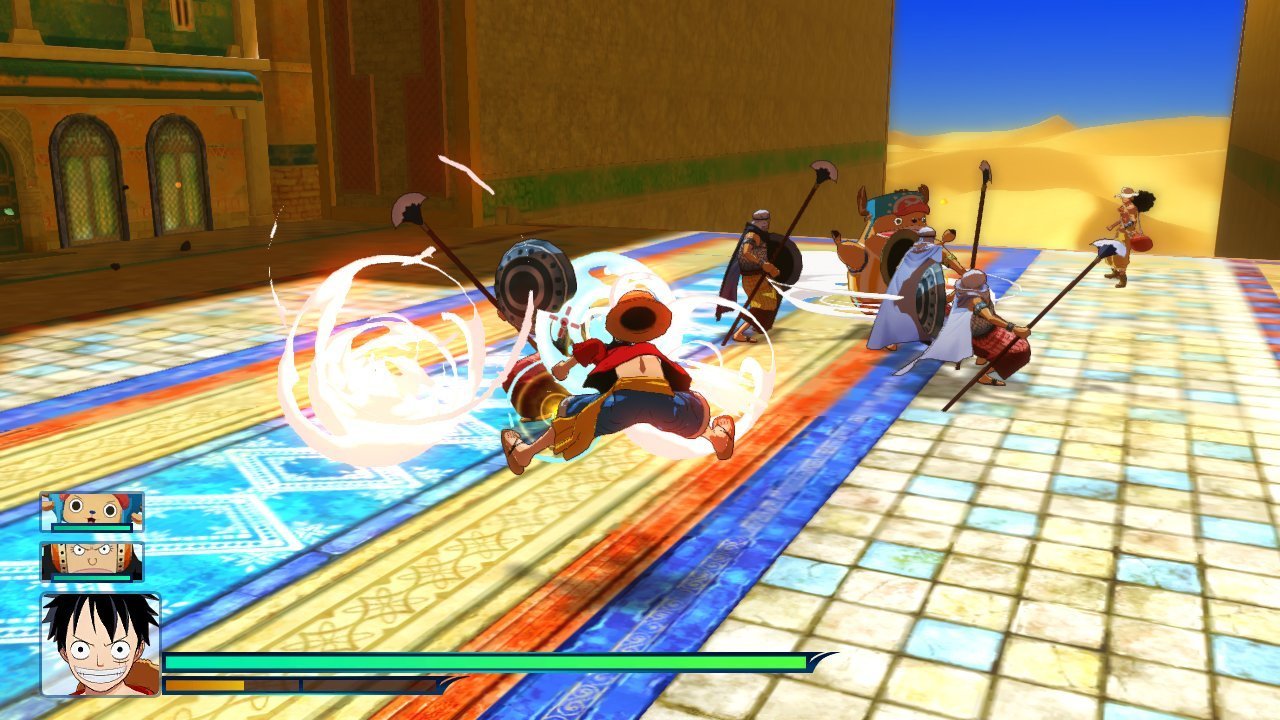 The battle style was simple and fun but at times, after encountering waves and waves of identical enemies, it got somewhat repetitive (think Dynasty Warriors). Unless playing Battle Coliseum the battle difficulty doesn’t actually alter as you can deal with a “boss battle” as fast as any other conflict. One thing I struggled to understand was where the Wii U Game Pad used its extra features. Even though this game was also on PS3 I was still expecting some sort of health stat to appear on the second screen, but this was sadly not the case. The only extra option was to switch screens with the Wii U gamepad which meant you wouldn’t get the full feel of the HD graphics, but this is just for those who plan to purchase it for the Wii U.

I also enjoyed the story as it gave you a chance to travel to a variety of battle areas and fight an array of bosses. Even after playing One Piece for a little while you just want to go back and carry on your adventure! I was very pleased to discover that there was a local co-op mode, so I grabbed one of my brothers and settled down to have a whale of a time. However, it turned out that it was necessary to have a second Wii U Pro Controller or a Classic Controller Pro, so we weren’t able to make use of the multiplayer – something to keep in mind if you’re like me and have grown too used to relying on the old Wiimotes for playing Mario Kart versus mode! 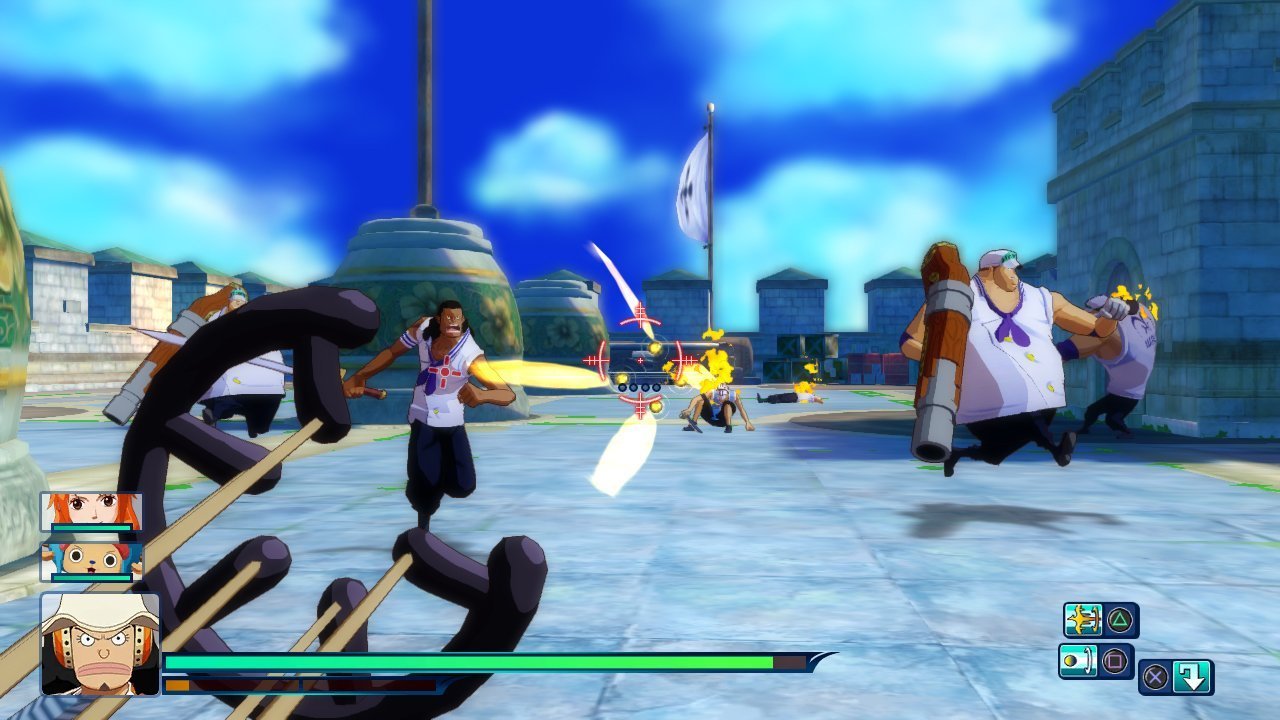 One Piece Unlimited World Red has two modes, Main Story and Battle Coliseum. At first I was just focusing on the story mode but after discovering the Battle Coliseum I spent way past 10 hours in total working on my mad fighting skills. Battle Coliseum mode is where you fight different enemies to get up your rank, and the mode is completed after you get to the top of Rank A.  I was incredibly surprised at the depth of this mode, seeing as I was expecting just a little mini game that would quickly grow tedious where you fought a few enemies at a time, but this was not the case. An actual story came along with the mode which was enough to keep me entertained; it also gave you the chance to play as characters that wouldn’t be playable in the main story. There are a variety of different battle styles: Scramble – in which you take on hordes of enemies, Duel – a one-on-one battle with a strong boss foe, Battle Royal – where you battle against two strong foes or one strong foe and an enemy horde, Boss Rush – which makes you fight a series of 5 battles with either one or two strong foes, and Special Matches – in which a selected character fights a certain boss to allow the game to tell a little bit of back story between the two pre-decided characters. If you are good at this game, which I am not, the Battle Coliseum mode will take you around 8 hours to complete, but it works as a nice little break if you find yourself getting bored of the story mode.

I’m going to give this game an 8 out for 10 due to its beautiful aesthetics and enticing story. People who are, or people who are not, familiar with the One Piece franchise will not be disappointed with this game. It also goes beyond what I expected from it by offering an alternative and surprisingly in-depth mode for those who fancy a break from the main story. With all that, this game deserves the high rating it gets!