Home
/
Blog
/
Dracula Untold – Castlevania The Movie in all but name?‏
Share Review 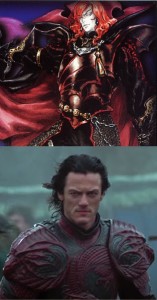 You may have seen the recently released trailer for Dracula Untold starring Wales’ own, Luke Evans (of Welsh and Hobbit fame). If so, you may have noticed just how much the upcoming movie resembles Konami’s long running action/horror franchise. The names and characters aren’t quite the same, but a quick look at the trailer suggests a movie with more than a passing resemblance to the Castlevania franchise.

It might not be quite as gothic as its video game based brethren, and yes, any movie starring Dracula will inevitably share at least a handful of tonal similarities, but from the core story through to the action scenes glimpsed thus far, Dracula Untold certainly appears to share a great deal of DNA with recent Castlevania outings.

While the details are still under wraps, the journey of Vlad Tepes, while not exactly the same, certainly appears to mirror that of Gabriel Belmont and his own descent towards the dark side and ultimate transformation into Dracula. Like Gabriel, Vlad’s intentions seem to be nobel, but again, like Gabriel, it appears that the darkness eventually gets the better of him……as it so often does.

Again, while any comparison is obviously tenuous at this point given that little more than 3 minutes of footage have been shown, the ever increasing abilities of Vlad have a clear air of the video game about them with standard abilities eventually giving way to Bayonetta-esque levels of madness as an army of bats come crashing down at Vlad’s command. 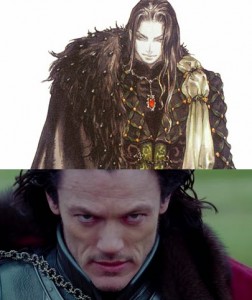 Whether the final movie will prove quite so similar remains to be seen, but the fact remains that the best video game movies tend to be inspired by, rather than actually based upon, any specific video game. Perhaps Dracula Untold will be a better Castlevania movie than any actual Castlevania movie could ever hope to be.

Edge of Tomorrow, Scott Pilgrim, these are two movies that, while not based on any particular game, embrace the industry and its heritage in their own way to create fantastically entertaining movies that feel truer to the industry than the majority of titles that are actually built around a specific property. Perhaps Dracula Untold can pull of the same feat and create a movie that embraces video game aesthetics and themes without the need for anything as literal as the Castlevania name. Put it this way; I’d take a decent Castlevania inspired movie over a lacklustre official product any day of the week.