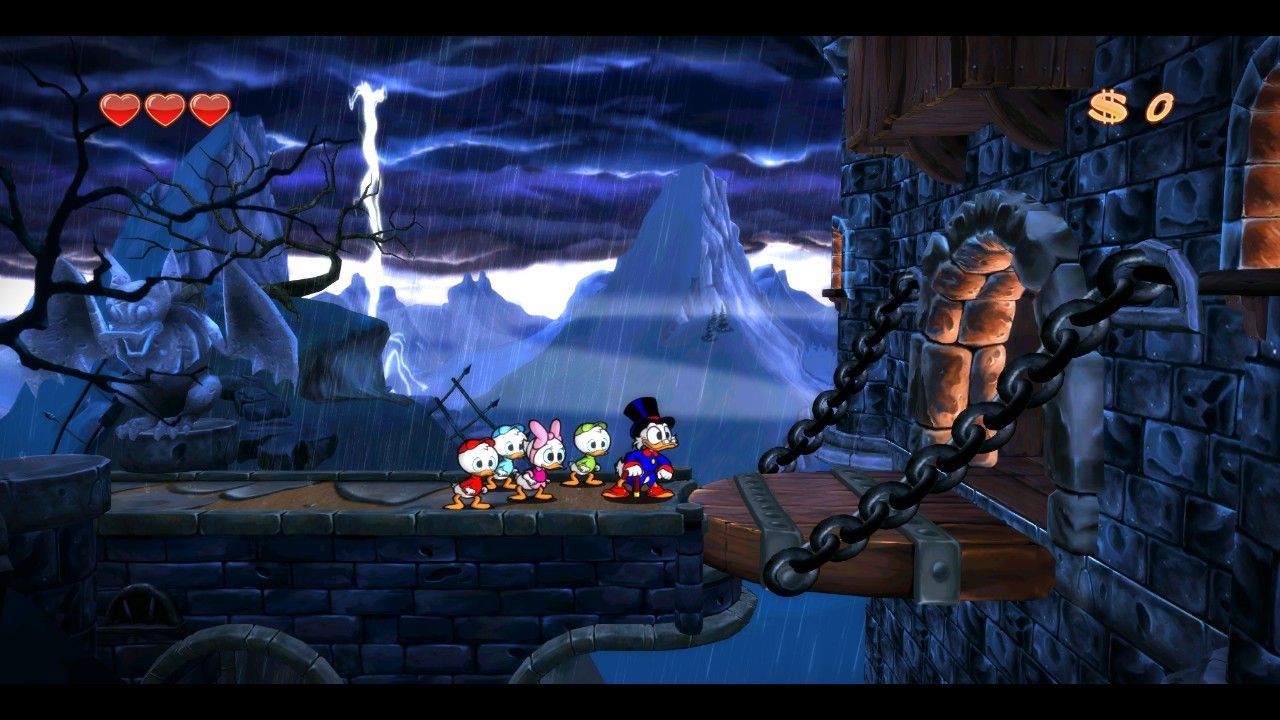 Released on the NES over 20 years ago, DuckTales is a game I have very fond memories of and possibly remains the game I’ve completed more than any other. This is mainly due to the fact that it was actually quite a short game and not too difficult to complete, but also encouraged replayability with an emphasis on collecting as much hidden treasure as possible for high scores or perfecting speed-runs. This new ‘DuckTales Remastered’ edition is therefore a risky proposition for me – it could rekindle that nostalgic gaming joy, or just as easily besmirch my treasured childhood memories.

My first reaction upon playing was that I needn’t have worried. At the title screen the familiar 8-bit version of the classics DuckTales theme bleeped out of my TV and I was instantly grinning, as will any child of the 80s who remembers that classic music (don’t worry – the full theme with vocals is unlocked at the end credits). However while the original DuckTales just had a bare blue title screen, the Remastered version now scrolls across a wonderful panoramic view of the city of Duckburg, complete with Launchpad McQuack’s helicopter buzzing around its skyline. All the graphics in the game have similarly been upgraded and the 2D sprites in particular look fantastic.

However the actual gameplay remains extremely faithful to the original, as Scrooge McDuck seeks out five legendary treasures to further establish his reputation as richest duck in the world – an understandable endeavour in the 1980s, less heroic now. This requires exploring five familiarly themed levels (jungle, haunted house, ice, space, underground mines) to gather a number of key items before facing an end of level boss, all the while hoovering up as much treasure as possible. The levels here are almost identical to the originals, although the ridiculously easy boss battles have been altered significantly to both make them more of a challenge and far more interesting. The other major change are two new levels – a tutorial and a brand new final level (in the original version the final level was just the haunted house level repeated) – which are worthy additions to the fairly limited roster.

When it was originally released DuckTales deviated from standard platform tropes at the time as instead of being a standard trek from left to right you were encouraged to explore throughout the non-linear levels, and in another break from tradition you didn’t kill enemies just by jumping on their heads but by performing a special pogo jump. The pogo jump also allowed you to clear large gaps and reach higher platforms and was necessary to such an extent you’d spend more of the game pogo-jumping than walking or performing normal jumps. Perhaps taking into account how often you need to pogo-jump, the remastered version has made it far easier to do so which may annoy purists but makes perfect sense to me.

However being faithful to the original does mean keeping some of the more irritating traits that were acceptable at the time. Levels are generally very easy with occasional moments of extreme difficulty which makes any deaths seem cheap, especially with the overly sensitive collision detection, while enemies constantly respawn and don’t offer any real challenge beyond getting in the way. The other issue is that while the game can start off difficult due to your limited health, further health upgrades can be collected as you play which means the levels (which can be played in any order) actually get easier as you progress. 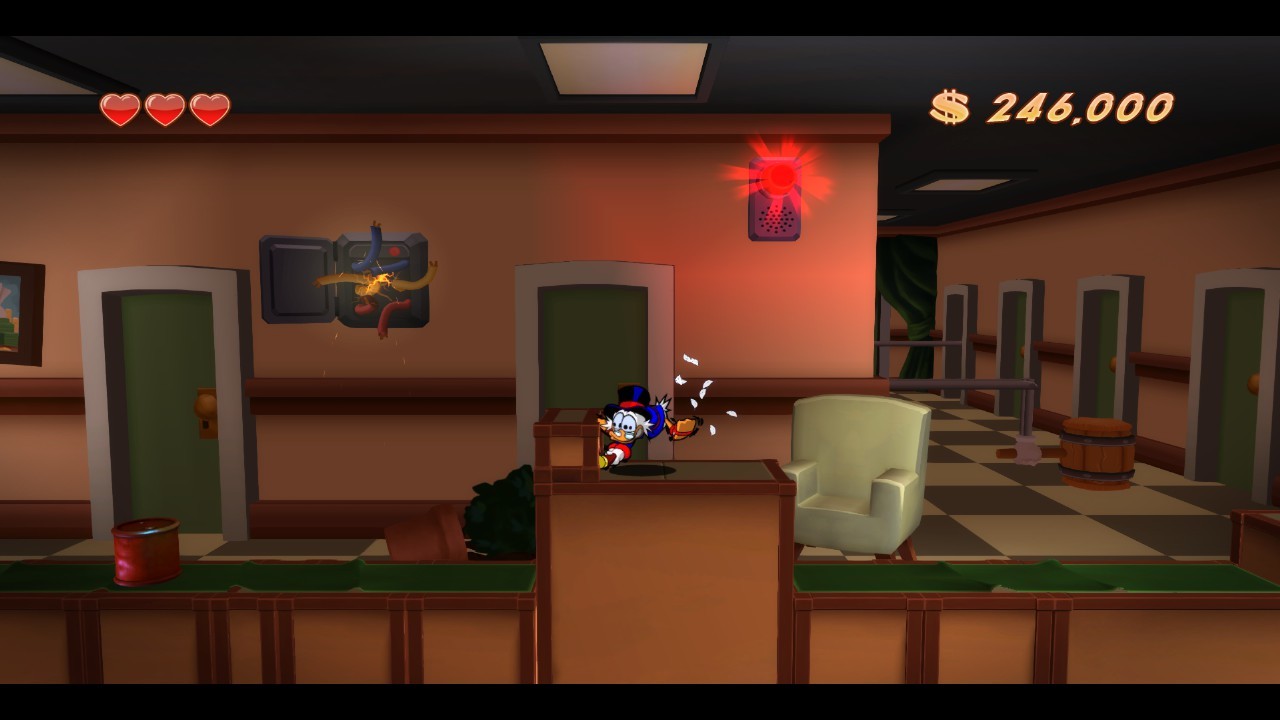 Returning to the new features of the remastered edition, the most noticeable change is that DuckTales now features full voice acting and in impressive feat all of the expanded voice cast are present, apart from a couple who have unfortunately since passed away. The developers have taken this opportunity to add in plenty of extra dialogue and construct an actual story around Scrooge’s quest for treasure which for the most part works extremely well. The only issue here being due to game encouraging multiple playthroughs you’ll quickly become sick of the cut-scenes, and in a baffling design decision the cut-scenes can’t be skipped with a button press but require the game be paused and ‘skip cut scene’ selected every single time.

Overall DuckTales Remastered is an interesting game. As a platformer it’s fairly different to most modern titles in the genre, but nostalgia played a large part in my enjoyment of it and I doubt younger gamers will appreciate it as much. For those who grew up in the 8-bit era however there’s plenty here to enjoy – especially the fact that all the treasure you collect in your numerous playthroughs can actually be used for something with large collections of original artwork and music to unlock. Oh, and you can now also swim in Scrooge’s money put – a completely pointless feature but strangely enjoyable all the same.