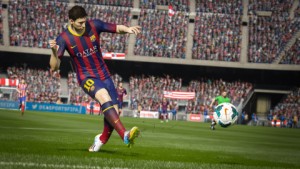 FIFA 15? Really? In early May? I’m sorry, but why isn’t EA Access being hailed as one of (if not the) greatest deal in video game history? I don’t get it. I don’t get it at all. Is it because it’s from EA? Perhaps it’s because it’s an Xbox One exclusive (Sony supposedly turned down the offer).

Whatever the case, isn’t it about time that the industry, and more specifically, the notoriously jaded gaming public got off their high horses and gave this exemplary service its due. I know that’s a somewhat ‘ranty’ start to this article and obviously doesn’t apply to all gamers, but I really don’t understand why this service isn’t getting more praise. I mean really, is it the EA thing? Is that really it? It must be, right? Why else wouldn’t a service that offers full access to a large number of (mostly brilliant) full retail releases for just £20 a year be lauded?

It’s not like the deal has snuck up on us – this was a great deal right from the off with £20 a year getting you the largely brilliant Battlefield 4 and Need for Speed: Rivals, the decent but still wholly enjoyable, Madden 25 and the out of date but nonetheless brilliant, FIFA 14. With full next-gen retail releases nowhere to be seen on either Games with Gold or PSN at that point, EA were already offering four at half the price. That’s four games that were still going for the best part of £40 each in most stores for just £20. To put that into perspective, at the time of release, you could have traded in Battlefield 4 alone for more than £20 and essentially received the other games for free. Not bad going. 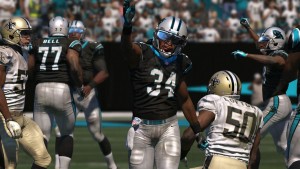 Since then, well, it has only got better. Sure, the Vault, as it is known, is inevitably sports heavy, but with FIFA 15 just added alongside the fantastic NHL 15, the flawed but very enjoyable EA Sports UFC and the cruelly underrated, NBA Live 15 (yes, I know, it’s not as good as NBA 2K15), and you’re already looking at the potential for hundreds of hours of gaming for less than £2 a month, and with PopCap’s bonkers Plants vs. Zombies: Garden Warfare and the utterly sublime Peggle 2 coming up the rear, I am at a complete loss as to why this increasingly fantastic offering isn’t on the receiving end of more positive press.

Now, I appreciate that at this point, I’m starting to sound like an advertisement for the service, but while I can assure you that I have absolutely no affiliation or loyalty to EA (I’m Pro Evo through and through), I do feel that, despite EA’s somewhat bizarre position as the king of all things evil in the video game industry, the service itself is more than deserving of a little flag waving on its behalf. With a fantastic selection of games already available (games don’t fall out of the service at the end of the month ala PSN and Games with Gold), and more sure to be added in the coming months and years, it’s a service that is certainly deserving of your attention and unquestionably of more positivity than it is currently receiving.

I Appreciate that the line-up won’t be to everyone’s tastes and that EA games aren’t necessarily popular with all gamers, but even if you’re not particularly keen on anything on the list, surely you can appreciate the value for money? I don’t know about you guys, but I’d be over the moon if more of the major publishers had this kind of deal – Activision, Ubisoft, I’d be on board for an equivalent service from any of the industry’s big hitters. 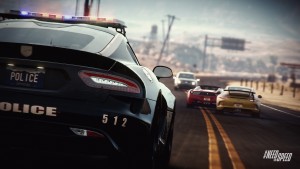 Would the equivalent service be more positively perceived by gamers and journalists alike if it were from anyone other than EA? I’m thinking yes, but either way, EA Access is available now, and if you’ve ignored it to this point, I really suggest that you start paying attention. With a host of great games ready to play in their entirety along with early access and money off (albeit very little) all of EA’s major new releases, I would make the case for EA Access being the best deal in gaming right now…..possibly even ever.