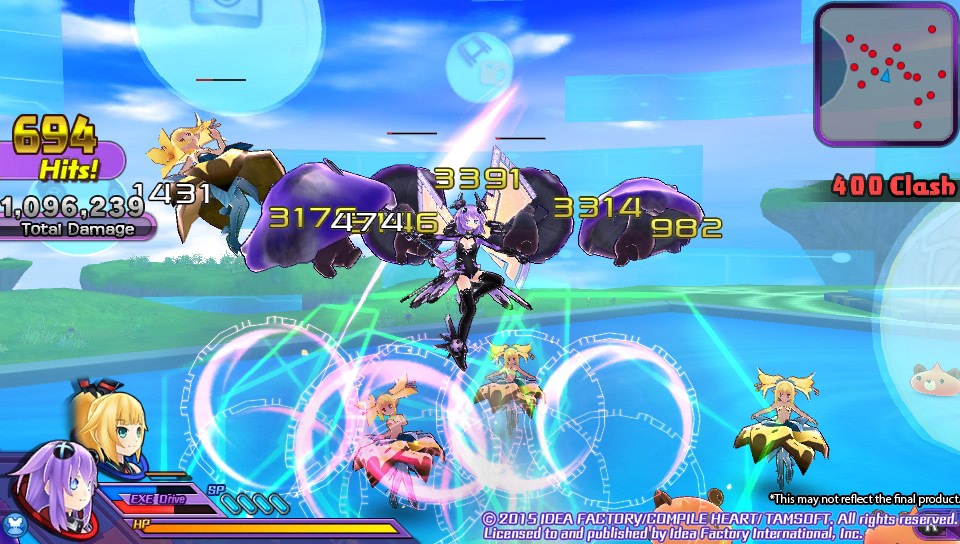 I’ve always quite liked the idea of the oddly popular, Hyperdimension Neptunia series, but despite its undoubtedly inspired premise, the games themselves have always been somewhat lacking with an overriding sense that the emphasis has always been on the world and the scantily clad girls rather than on the actual gameplay. Don’t get me wrong, the games are rarely bad, but considering the potential inherent to the concept, none thus far have come close to matching the idea upon which they have been built – well, that was until the recently released, Hyperdimension Neptunia U: Action Unleashed anyway.

While Action Unleashed is unlikely to set the world on fire, a shift in both genre and development team has resulted in the best game in the series to date. Rather than the standard JRPG template used by core developer, Compile Heart, Senran Kagura developer, Tamsoft have been drafted in for this spin-off title that essentially turns Hyperdimension Neptunia into a Dynasty Warriors-like beat-em up that is ultimately very similar to their recently released, and really rather good, Senran Kagura Shinovi Versus.

Like that game, there is an element of titillation here that some will find off putting with clothing once again surplus to requirements and shameless up-skirt shots an almost constant occurrence, but hey, it’s not like Hyperdimension has ever shied away from these things, it’s just that, well, Tamsoft are a little more on the nose. There are no moveable body parts ala Senran Kagura’s questionable touch screen boob manipulation option (yeah, that’s a thing), but nonetheless, taking too many hits will see your characters clothes tear and rip in an array of suggestive ways via the morally questionable costume break mechanic. 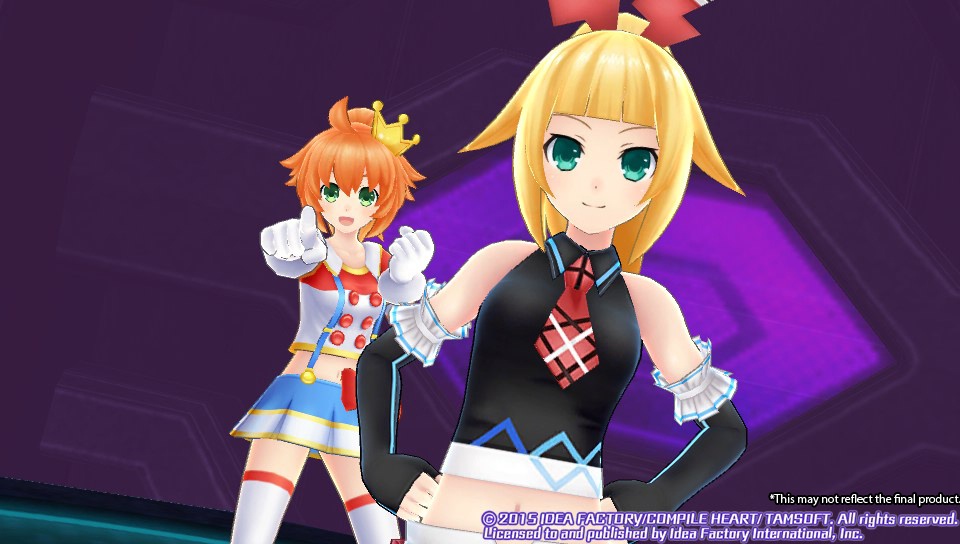 I’m getting off point though – like Shinovi Versus before it, it’s easy to get caught up with the sexualised aspects of the presentation, but again, just like that game, what lies beneath (no pun intended) is an exemplary handheld brawler built upon rock solid core mechanics and an extremely impressive engine that provides both impressive visuals and a very solid frame rate. The story, centred around the parody filled world of Gameindustri is once again utter nonsense with a vaguely absurd reason provided for the inclusion of 10 playable characters, but with some based upon console manufacturers and the newly playable, Dengekiko (Dengeki) and Famitsu being based upon the popular Japanese gaming magazines of the same name, fans of gaming culture will certainly find plenty to like even if the story that ties it altogether rarely makes a lick of sense.

Still, while the script isn’t likely to win any awards (despite some very decent Japanese and English voice work), the battle heavy gameplay is extremely enjoyable with each of the playable characters feeling pleasingly unique. Yes, on the default difficulty setting, most enemies can be dispatched via a pretty standard collection of basic combos, but ramp things up, and you’ll soon have to take a more tactical approach by using your mana and special attacks in a more considered way. Some will inevitably balk at its similarity to the Dynasty Warriors series, but just like more recent entries in Omega Force’s hugely popular Musou series, Action Unleashed has a surprising amount of depth for those willing to look beyond the relatively basic core mechanics.

Yes, the stages are inevitably smaller than the full fat Dynasty Warriors equivalent, but even with these technologically compromised stages, Action Unleashed still feels like something of a technical marvel on the criminally underutilized PS Vita. Few developers appear to be able to get as much out of the Vita hardware, and once again, Tamsoft have done a great job on what I can only assume was a relatively limited budget. 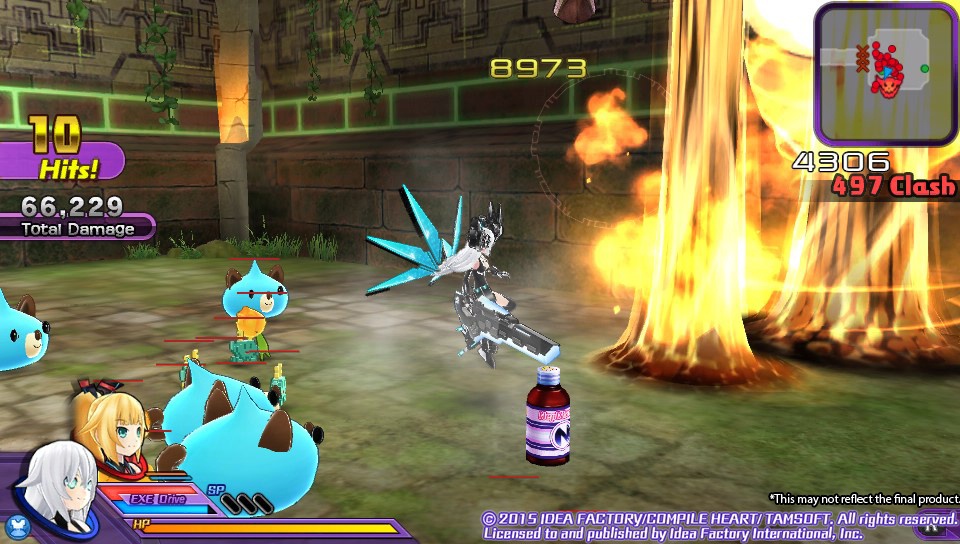 Some will struggle to see beyond the Dynasty Warriors-esque gameplay while others will invariably be put off by the games’ questionable representation of women, but honestly, if ever there was a series preaching to the choir, it would have to be Hyperdimension Neptunia. Tamsoft know their audience and they are playing to them perfectly here. This game is Japanese through and through with no attempt made to entice the Western market beyond ensuring that those already on-board with the series are happy with the new gameplay direction.

If you’re a fan of the series or a fan of Dynasty Warriors-style gameplay, there is plenty to like here. It’s not just for the initiated though; if you have a genuine interest in gaming culture and fancy something new to play on your Vita, you could do a lot worse than giving this largely exemplary brawler a go. It’s a bit silly and certainly a bit sexist (in a strangely inoffensive kind of way), but look beyond the surface and you’ll find one of the Vita’s better games and yet another great curio to add to its increasingly hardcore line-up of games.