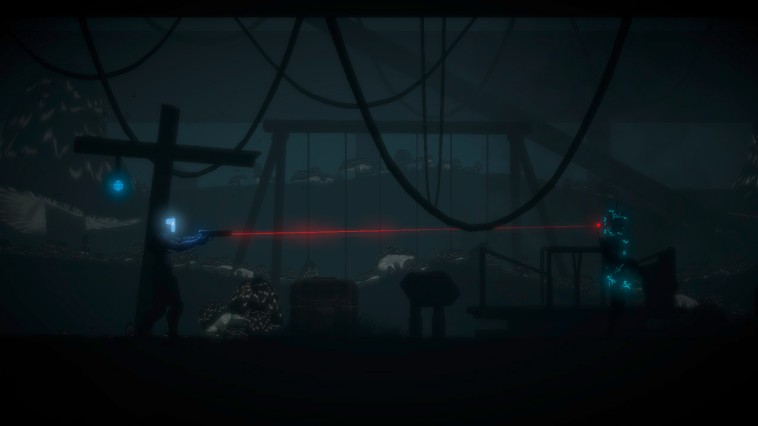 Beginning with a prone figure spiraling through space before hurtling towards the surface of an unknown planet, it might initially seem that the name of Over the Moon’s debut game is a fairly uninspired reference to this early fall from the skies. However as the battered figure gets to its feet and reveals that the hero of this story is ARID, the artificial intelligence of an armoured combat suit assuming control with the human ‘pilot’ unresponsive, the realisation dawns that with this intriguing concept and a mature science fiction the fall itself is an allegory for something else altogether.

Indeed, what appears early on to just be a 2D platformer game is anything but. Yes your primary controls and left, right and jump but the jump feature is very required and what is far more central to the game is your 360 degree movement of your torch that allows you to illuminate and spot items of interest in this murky environment. In this respect The Fall is far more like a traditional point and click adventure game as you pick up objects and use puzzle solving to bypass the obstacles in your way, and even attempt to engage in conversations.

However unlike most adventure games the default keyboard and mouse controls feel very awkward, and only after plugging in an Xbox controller did I feel truly settled – using the right analogue stick to aim your flashlight while being able to control the speed of your movement with the left stick was far more natural, which is good news for console gamers as The Fall is due to arrive on PS4 and Xbox One later this year (with a Wii U version already available). 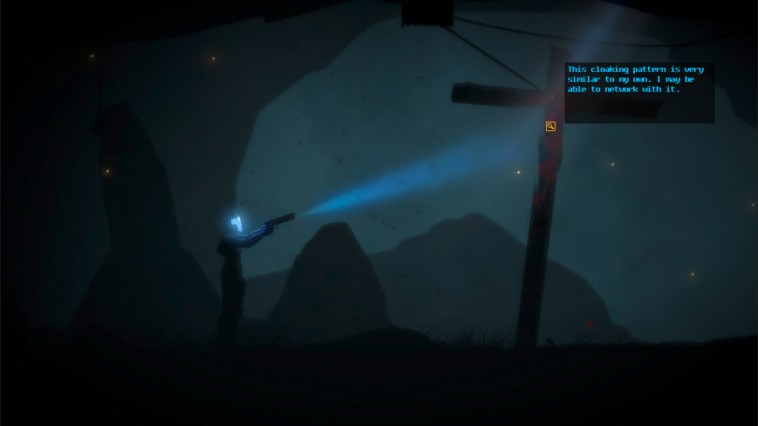 The aforementioned flashlight is your key tool in exploring this mysterious, but incredibly atmospheric world. Despite the murkiness everything looks fantastic with glowing lights amongst the darkness and rundown remains of the apparently deserted facility you find yourself exploring. For an indie title its incredibly polished with a huge amount of detail and wonderful animation.

ARID herself also looks great in motion, whether urgently running or slowly advancing while scanning your flashlight up and down in order to highlight objects that can be interacted with. As ARID, your one and only aim is to find medical assistance for your pilot – a task made all the more urgent with your health monitor offline and no way to ascertain how badly hurt your pilot is. Matters are made even more difficult due to most of your operating parameters requiring human authorisation to activate, leading to some inventive thinking to work around your own directives.

This outside the box mentality is also mirrored in the puzzles themselves which manage to be challenging and inventive without being frustrating – there’s no surreal solutions here as everything has a logical solution. The gameplay also manages to avoid falling into the standard adventure game tactic of trying to use every item in your inventory with every interactive aspect of the environment until something works. 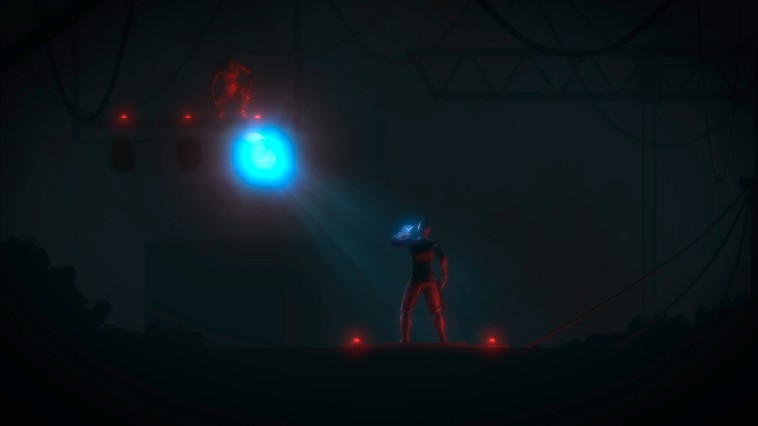 While the exploration and puzzle solving is so well developed it’s a shame the combat aspects never quite gel so well. Once you’ve acquired a working weapon you’re able to fight against a number of autonomous enemies, but there’s never any challenge here with your recharging health and lack of any variety to these encounters. Luckily combat never takes a pivotal role, and your gun is just as often used as a tool to affect your environment.

While the combat may be the weakest aspect of The Fall, the intelligent storytelling is clearly its strongest. Aside from the cool sci-fi premise the narrative itself is would feel just as effective in a book or film, and in this case its backed up by some very solid voice acting – even more impressive given those speaking are emotionless automatons. It helps that there’s a macabre sense of humour underneath the surface to occasionally break through the bleakness, but like all the best science fiction stories I was hooked and didn’t want it to end.

That did end up being my biggest disappointment while playing, as the conclusion of the game was reached in only a few hours and left a great many unanswered question. With a longer duration and improved combat this could potentially have been my game of the year, but in the end it’s just a very good game. However the Kickstarter campaign that led to the creation of The Fall promised three chapters and with the second already in development now is the perfect time to jump in and experience chapter one – I can heartily recommend it.