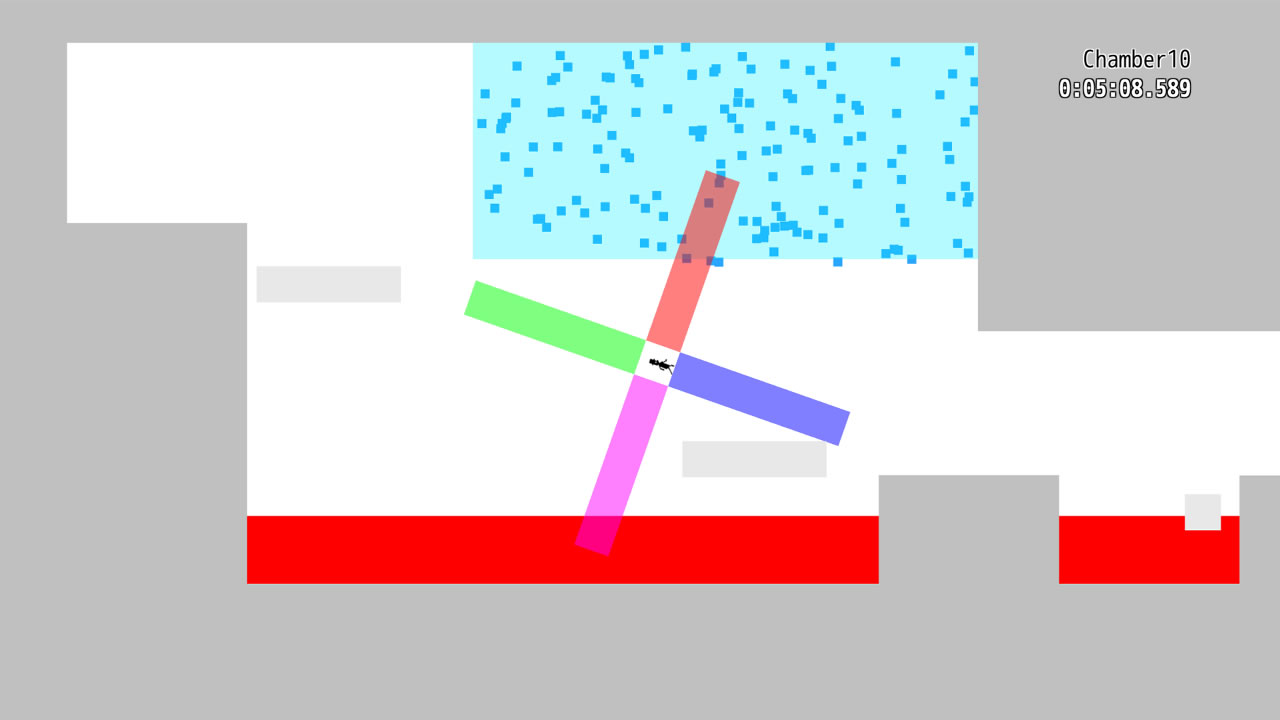 While available on both the Vita and PS4, like so many games of its ilk, TorqueL feels immediately at home on the Vita. A perfect game for when on the go, FullPowerSideAttack.com’s physics-based puzzle platformer delivers that one more go mentality via its often infuriating but nearly always compelling gameplay.

As a rather gentlemanly chap who appears to have got lost on his way from the ZX Spectrum, you’ll need to control the box in which he appears to live (or is trapped…..it doesn’t matter) and get him to exit of each of the games’ 50 stages. You can roll the box left and right at will and the stages are conveniently short, so as you can imagine, TorqueL doesn’t provide much of a challenge…..oh wait, that’s wrong – it’s nails.

Due to the fact that you can’t jump, your only way to traverse the sparse but aesthetically pleasing stages is via a combination of button presses that are mapped to each side of your colour coded box. Pressing said button will see the side extend dramatically, and in the process push you up and around each level. Still sound easy? Well, it’s not. With numerous pitfalls, death will come often, and sadly, thanks to a painfully long wait between death and restart, the game is almost ruined as a result. 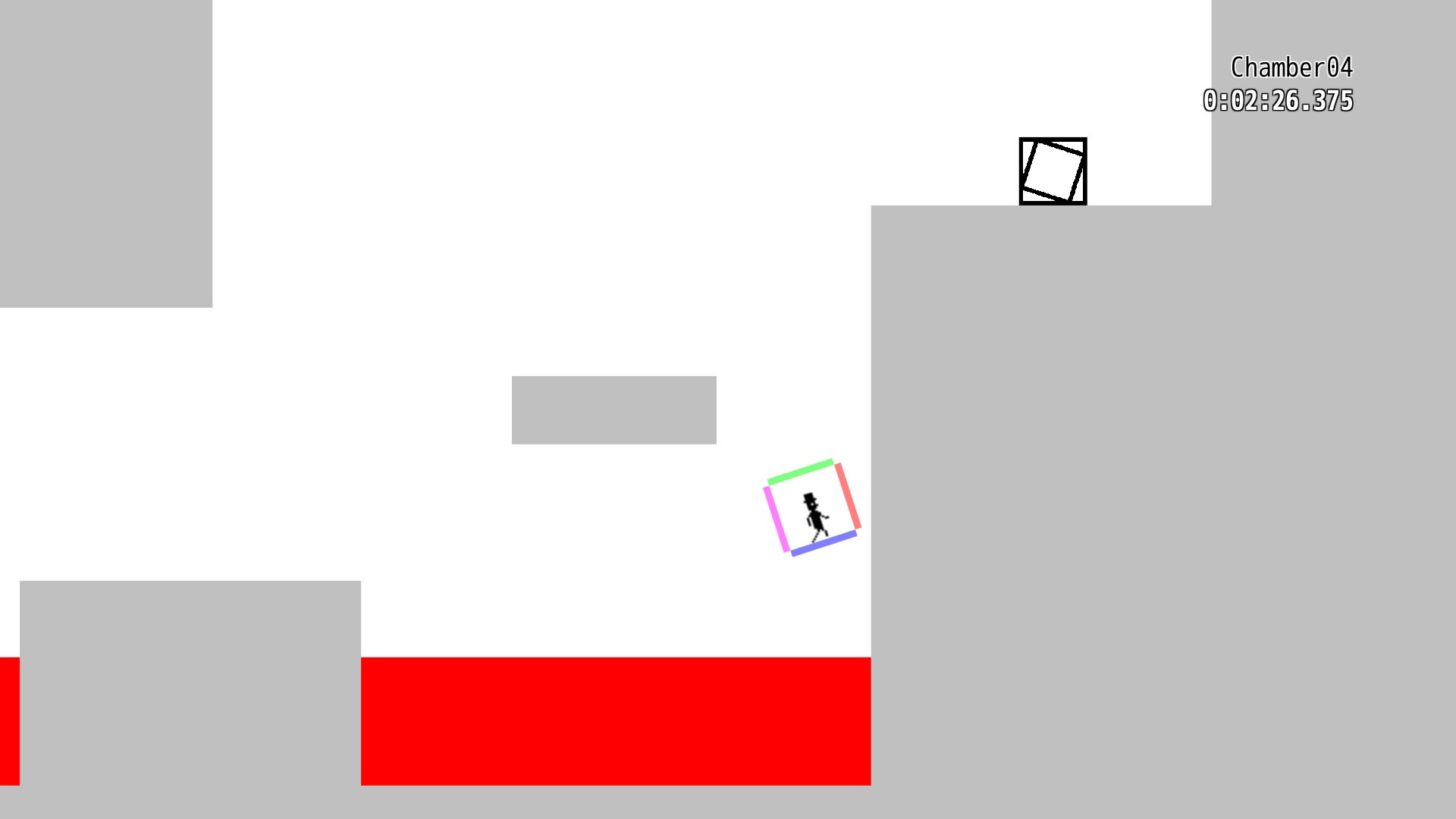 That might sound a tad dramatic, but games like this live and die by the immediacy of their restarts. As great as say, Trials HD or Super Meat Boy are, imagine trying to play them if you had to wait 10 seconds between restarts!? It would fundamentally break the experience and it nearly does so here. 10 seconds might not sound all that long, but when completion of a single, very short stage can take a number of retries, suddenly, those 10 second breaks start to add up – all of a sudden, you’re waiting more than you’re playing, and that is not cool.

Don’t get me wrong, TorqueL delivers a simplistic but highly addictive experience when it’s running, but man, waiting around for restarts when you are potentially dying every few seconds can quickly turn into a horrible chore. It’s a simple problem, but one that almost derails the entire game…..more annoyingly, given the games’ very basic visuals, you get the impression that it shouldn’t be too hard to fix.

Slow loading aside though, the expanding wall system is equal parts genius and horror show. The core mechanics are actually rather inspired with simple button combinations working to great effect against the constant menace of gravity, but with each sides colour coded edge on a constant roll, it is incredibly easy to lose track of what colour each face button is currently controlling. You do get used to working with the colours rather than against the orientation of the buttons, but it does take some time, and again, death will come often. Heck, even if it doesn’t, sometimes the sheer frustration of constantly pushing up against a wall like a multi-coloured pleb can be enough to push you to the edge of insanity. It’s great when it clicks and can be highly rewarding when you complete an especially tricky piece of platforming, but be warned, TorqueL has the potential to drive you quite mad. 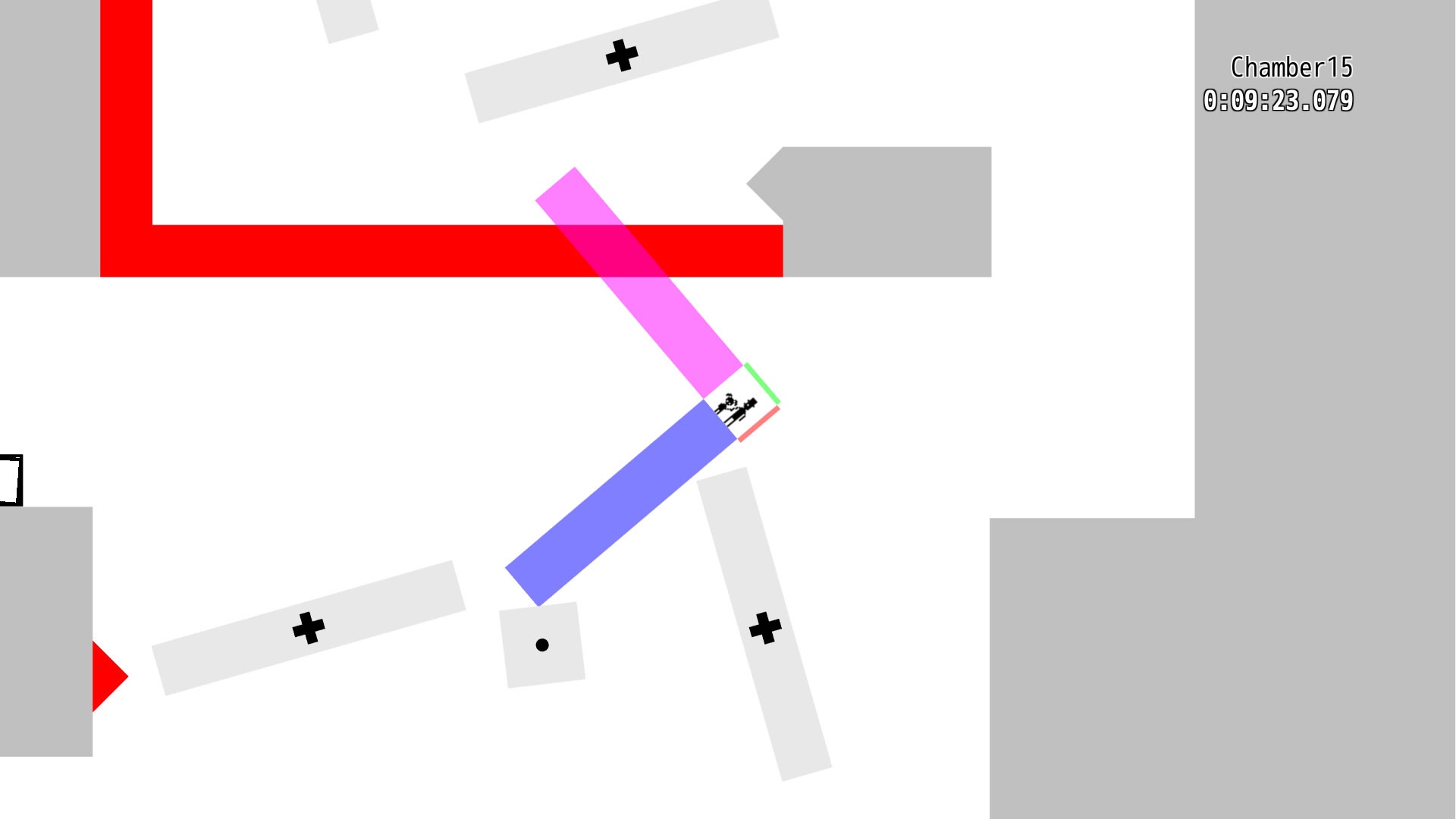 Sadly, as brutally compelling as the gameplay might be, with only 50 stages in all, TorqueL is painfully short on content. That would be fine if it was an especially cheap game, but at £8.99, TorqueL’s selection of short-lived stages feels decidedly steep. Even if it was cheaper, the incredibly short stages ensure that the only thing keeping you from completing the game in under an hour is your own skill. It took me a little longer, but I get the impression that I might not be all that great at this game. Alternate routes and time chasing does add longevity but there is no doubting the fact that TorqueL could do with a little more content.

The time between dying and restarting is far too long and the game is a little short on content, but despite these issues, I found TorqueL’s incredibly unique puzzle-platforming incredibly addictive. Yes, it drove me crazy on more than one occasion, but it’s testament to the core mechanics and smart design of the game that I kept coming back regardless. A little more polish and TorqueL could have been something special, but as it stands, it’s still a fine addition to the increasingly impressive library of indie Vita games.