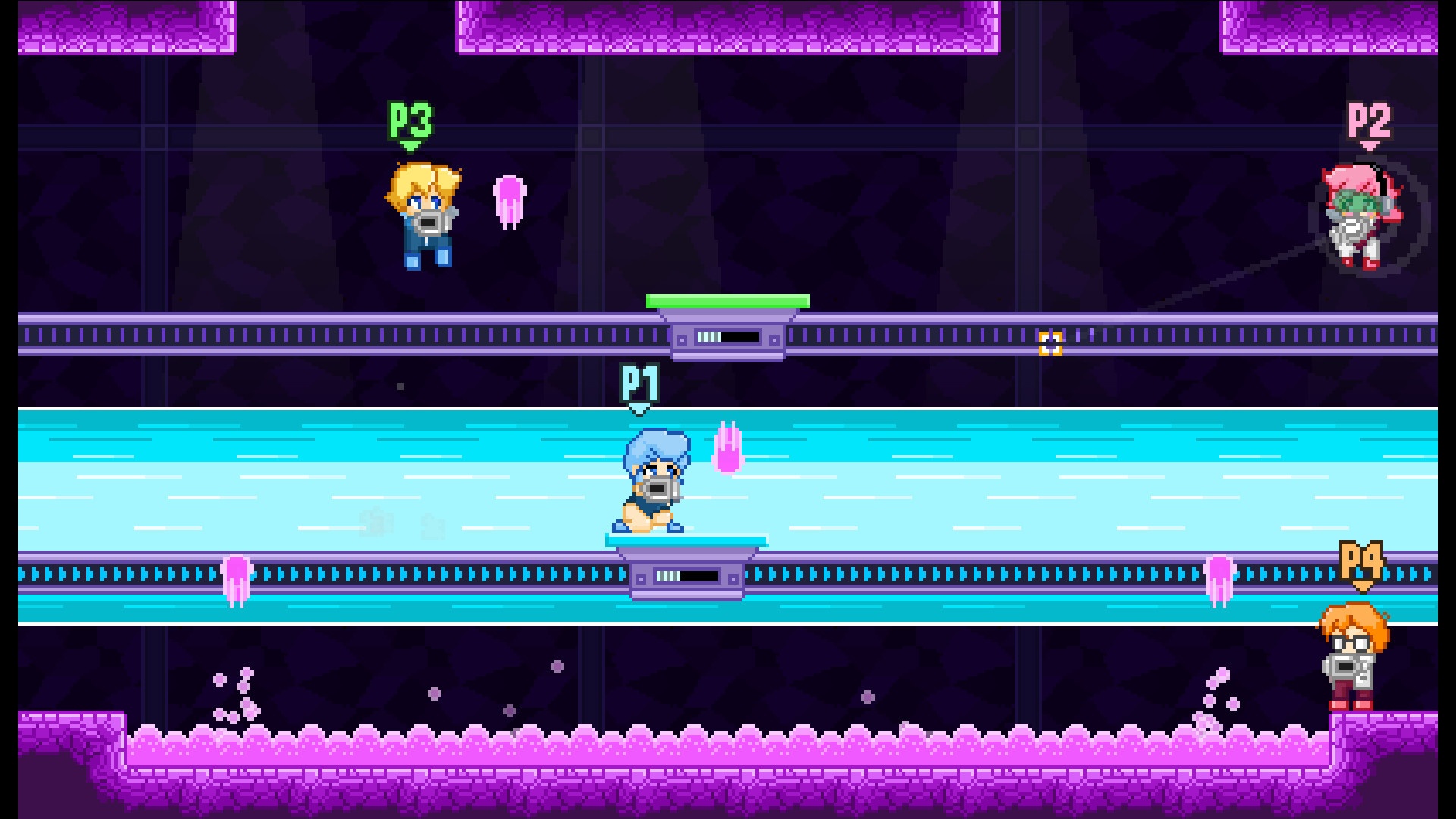 A recent trend in gaming has been 2D indie multiplayer games, just take SpeedRunners or Bloody Trapland for example, but Capsule Force brings a new mix of styles to the table. Capsule Force takes elements from Nidhogg, Brofroce and a few other places and presents itself in a retro yet vibrant style. All be it the packaging is nice to look at the gameplay is mediocre if you don’t have 3 other people to play with. Capsule Force gives you the tiniest bit of story at the beginning, just so you know what is going on and don’t think you’ve been taken to a world of 1980s space anime, but the game is predominately based around gameplay.

The main gameplay style Capsule Force offers is a 4 way multi-player mode, where two teams battle it out for the control of galaxies, but apart from that the game can get rather boring. Capsule Force offers a set of single player missions, but the fun really resides in the four way battles. These battles provoke a feeling of intensity that is usually experienced in SpeedRunners, Nidhogg and Super Smash Bros.  Unfortunately this mode requires 4 people to actually play it, as the game isn’t nearly as fun or as frantic with 3 or 2 players. “And if you’re by yourself?” forget it, as there are no AI bots to fill in when your friends cancel on Capsule Force Friday for the third week running. 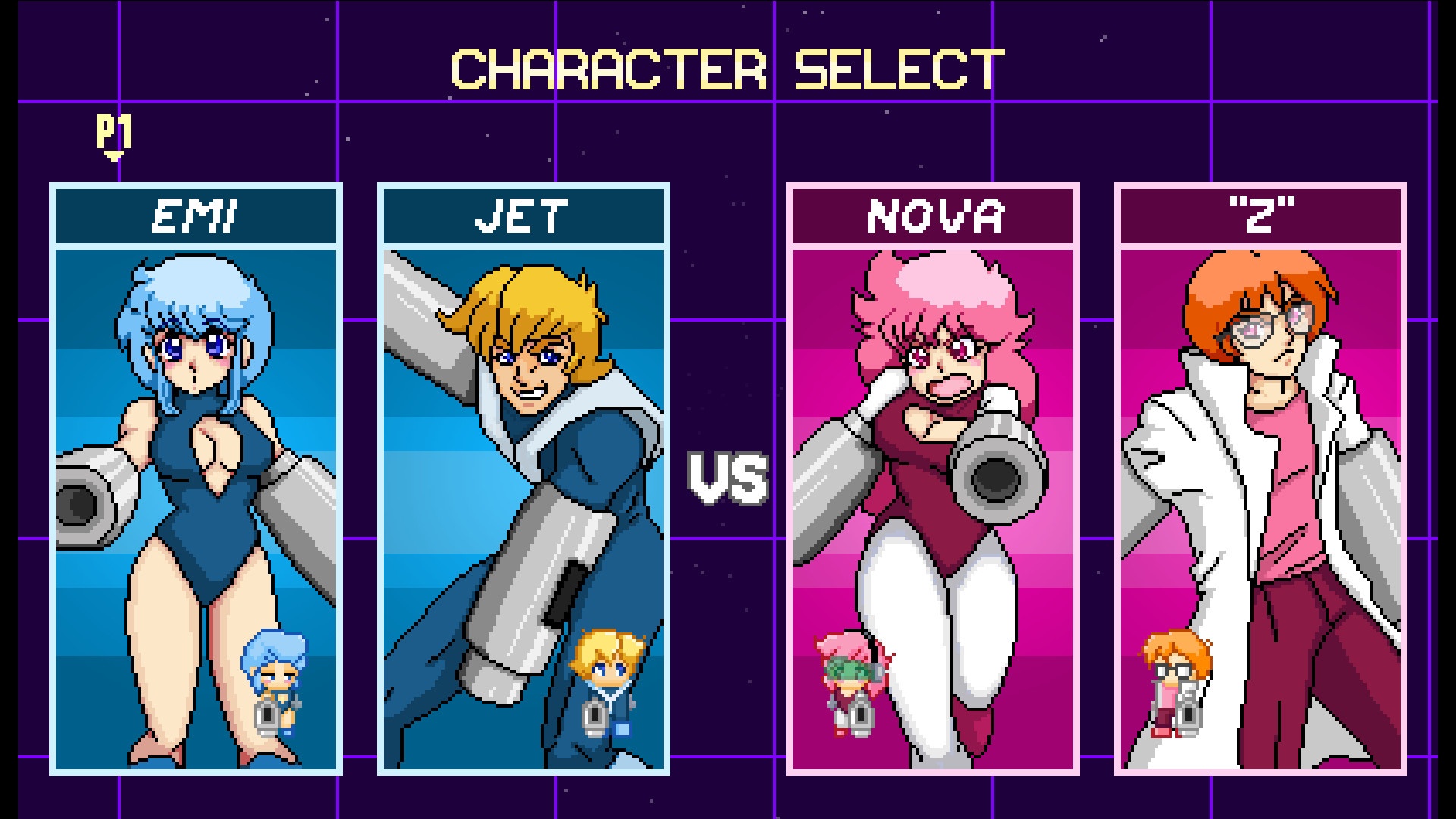 The aim of the multiplayer is to get to the opposing team’s side and get their galaxy, much like Nidhogg, by killing the team and progressing forward while they respawn. Certain stage obstacles will make this job a lot harder, such as random pink slime emerging from a large liquid pool, but I found all this makes the game more fun and challenging with friends. However, you can always get a one up on your friends by playing the single player mode for practice.

The single player modes consist of 4 sections: Target Practice – A mode reminiscent of the older Super Smash Bros game modes, Danger Zone – A mode in which you have to avoid an array of potential death barriers coming towards you from all directions, Dash – A mode where you have to get to the end of a stage in an allotted time, and Advanced Target Practice – Where Target Practice gets a lot tougher. After all of these modes are completed then you unlock mission rush, which is where you have to do all of these missions in a row under a time limit. In this mode you can game time by completing the current objective, so it can be +2 seconds for destroying a target or +10 seconds for reaching a certain length on a map. 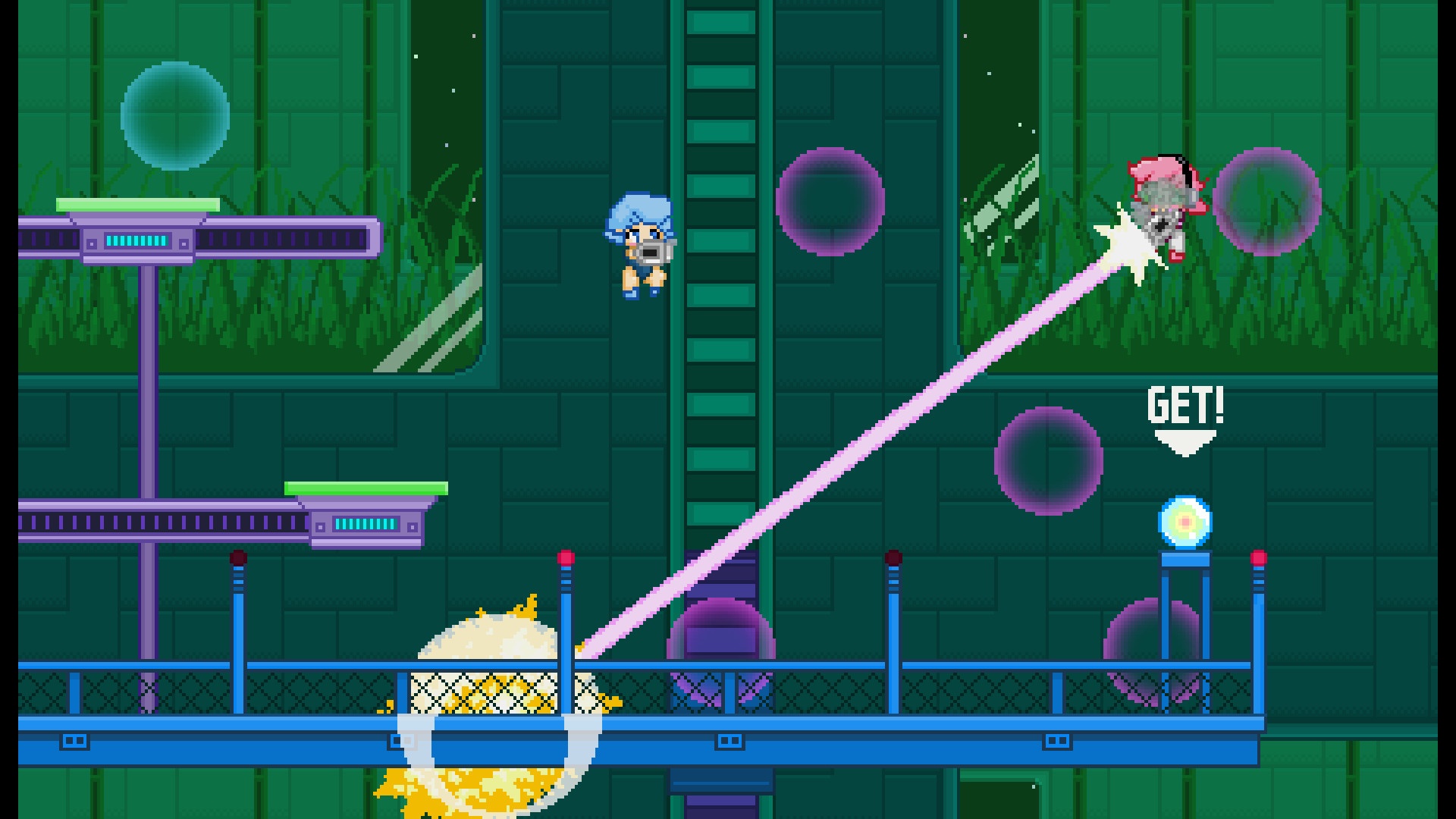 These solo missions can be rather dull, but also quite frustrating. I found this is where Capsule Force stopped being fun and started becoming similar to Cubit or The Impossible Game. Which is why I’d say make sure you have friends to play this with, otherwise your Capsule Force experience will be an extremely boring one. But one good thing about the missions is that you get to see the wide variety of stages. These maps range from rooftops to a forest level, each of which being very cool in their uniqueness.

Overall I’d give Capsule Force 6 out of 10. The game is made for multiplayer as single player won’t even keep you occupied for an afternoon, and there are no bots in versus mode to make up for the lack of other players if your friends aren’t around. The combined styles from other indie games are noticeable but make the game that bit more fun with friends. The game also looks very good, with vibrant and retro aesthetics making the game interesting. But unfortunately this wasn’t enough to escape the fact that you must have at least one local person to play with, otherwise the game will just be sitting there doing nothing unless you want to play the same missions over and over.