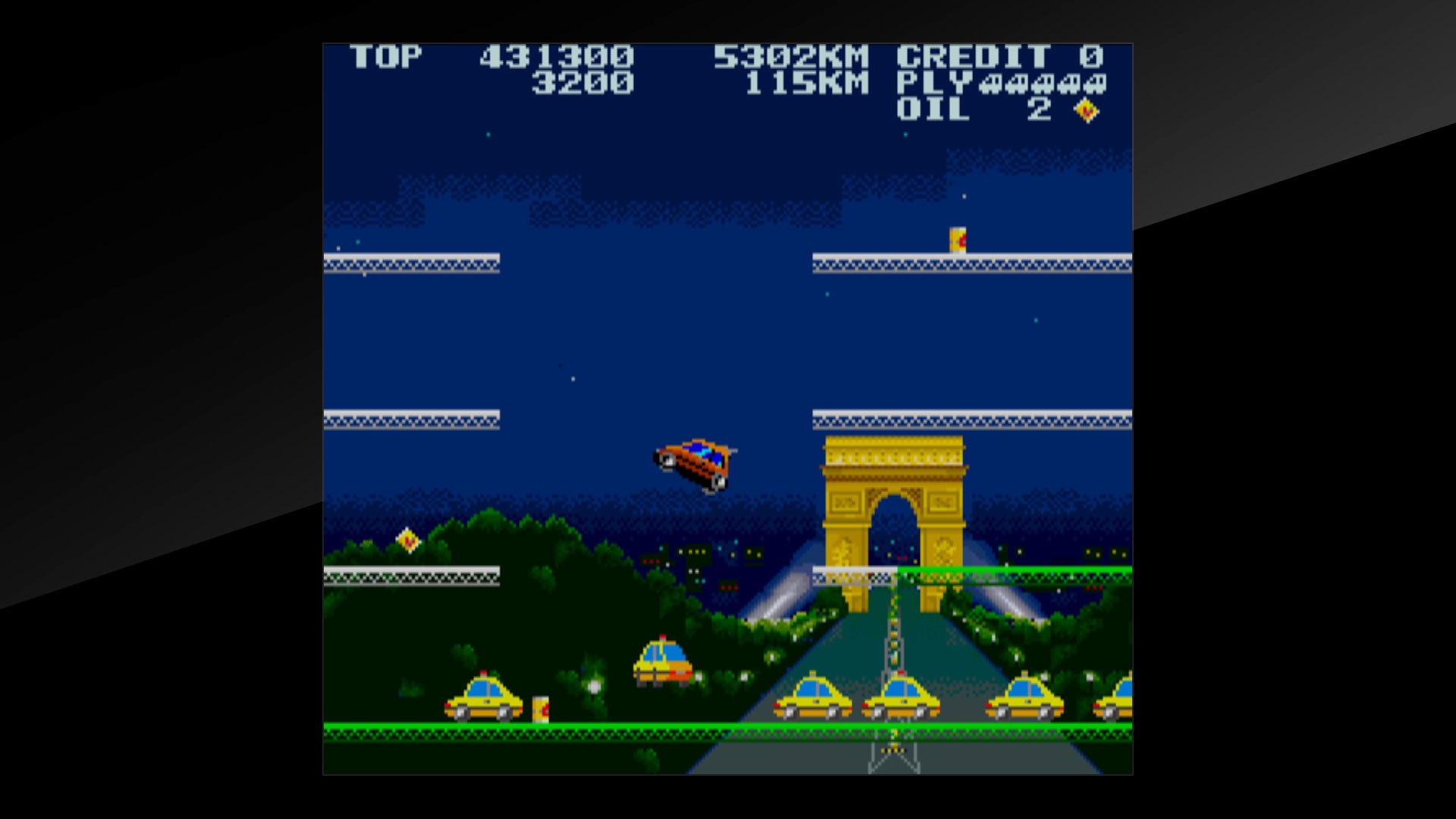 Gameplay mechanics trump visuals any day of the week and that’s why, despite their age, the best arcade games are as good today as they were 15, 20, 30 years ago. It might look incredibly basic by today’s standards, but put even the most disenchanted, Call of Duty-bred youngster in front of a Pac-Man cabinet, and they’re still more than likely to enjoy the games’ fundamentally fantastic gameplay (unless they’re idiots of course – there is no accounting for idiots).

Morons aside though, the fact remains that, despite their simplistic mechanics and basic visuals, classic arcade games can be just as fun today as they were upon their original release…….the important words their being, ‘can be’.

For classic arcade games to work today (beyond feeding a sense of nostalgia for older gamers like myself), they need to be sound enough mechanically that the remaining experience subsequently feels retro rather than old. Many games in Hamster’s, Arcade Archives collection for PS4 feel retro rather than old, but City Connection, Jaleco’s racing platformer from 1985, sadly, that game feels undeniably old. It’s not a bad game per se, but despite it’ solid concept and addictive premise, City Connection has too many core technical issues to be considered genuinely enjoyable by modern day standards.

Despite an eclectic array of locations that include, Manhattan, the Grand Canyon, Easter Island, Paris, Neuschwanstein Castle, London, Sydney, Egypt along with cities in India, Holland, China and Japan, City Connection’s level design always remain largely unchanged with the simplistic interpretations of these famous locales used as mere background details to what are essentially very basic tiered platforming stages. 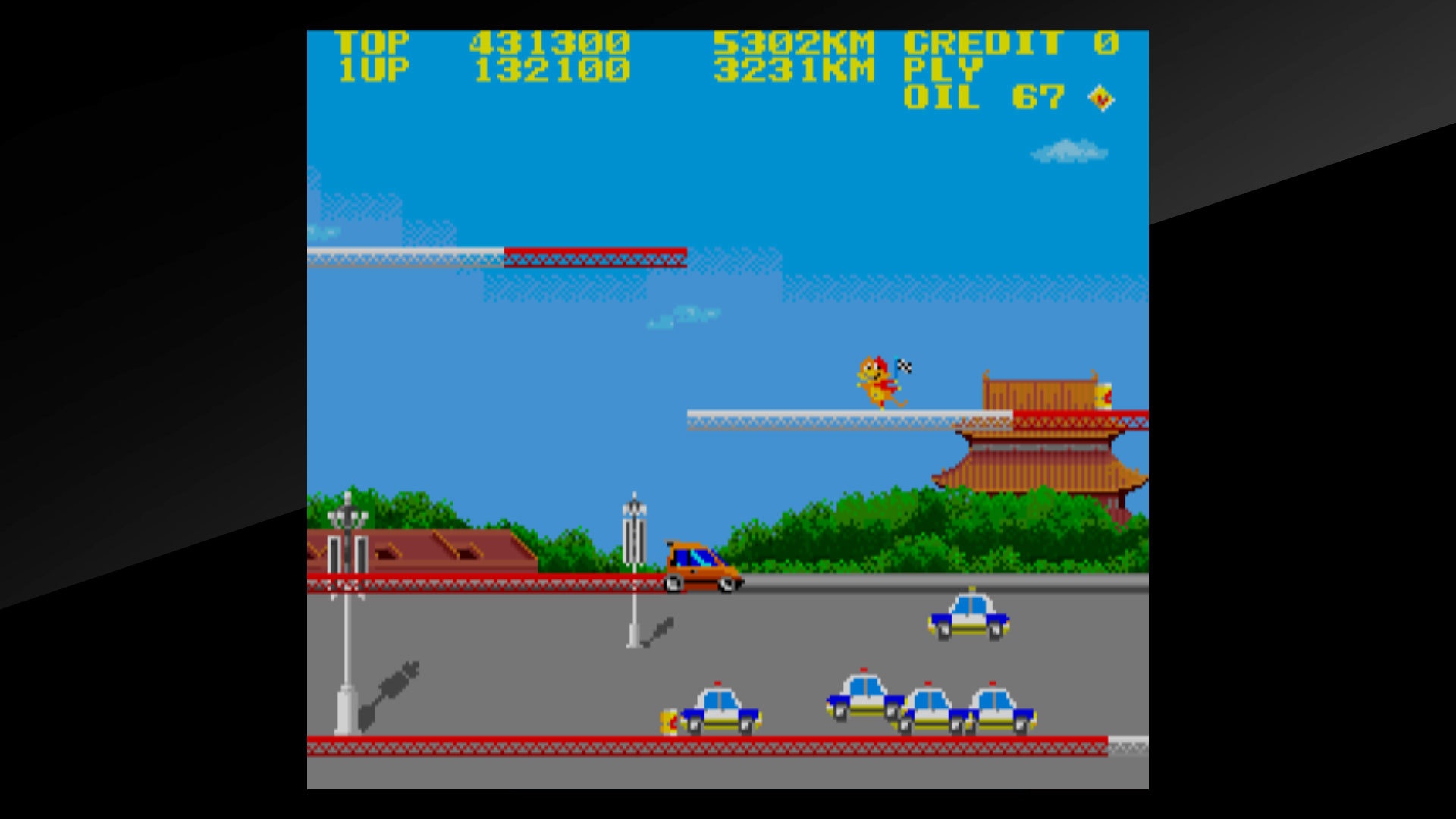 The aim of the game is to drive over every inch of each platform in your perpetually moving hatchback while avoiding the police cars, stray cats and spikes(?) that adorn each level. While that all sounds basic enough, the constant motion of your vehicle ensures that you never have a chance to relax while the randomly appearing cats and police cars mean that death is never more than a minor error away.

In motion, the game is fine. Turning is responsive while oil cans that you pick up throughout each stage act as projectiles that can knock police cars into a spin that allow you to subsequently smash them off the road. Essentially, as an action racing game, City Connection is an enjoyable if somewhat underwhelming experience. It’s unlikely to change your life, but it works and for the most part is rather enjoyable. The problem is, the game absolutely falls to pieces as soon as the platforming comes into play……which is sadly all the time.

You do learn to work around its limitations after a while, but the jumping is far too unresponsive. Basic jumping is clumsy, but the higher jumps (achieved by holding up while jumping) are nothing short of an abomination, and in a game that is so reliant upon quick reactions and accuracy, they all but ruin an otherwise solid arcade gaming experience. Again, you do get used to it after a while, but the whole point of an arcade games is its immediacy and the only thing immediate here will be your sense of frustration.

Jumping over obstacles is one thing, but jumping up to other stages feels floaty and awkward. Just getting up to the higher levels takes timing, and when you take into consideration the odd delays, lack of responsiveness and floaty physics, moving vertically through any stage becomes an unnecessary chore that is required far to often to be ignored. 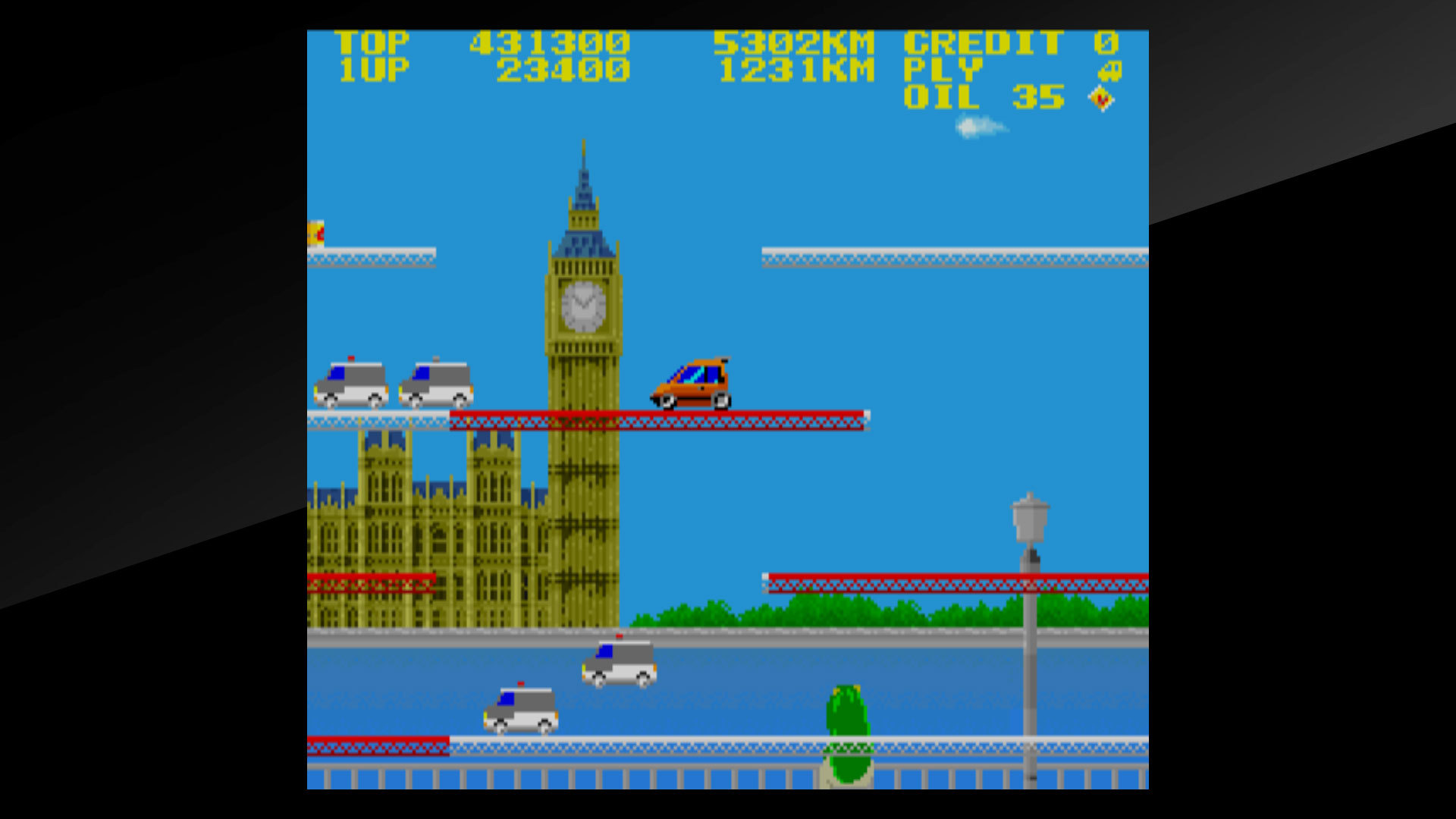 If you stick with it, the unique requirements do start to feel more natural, thus bringing the rest the experience into a greater sense of balance, but honestly, with so many other great games (both old and new), few, if any, will make the effort required to get the most out of this fun but undeniably flawed slice of retro (old?) arcade gaming. As with all of Hamster’s, Arcade Archive releases, the other issue lies with the fact that the game comes complete with zero extras and a relatively high price point, making it’s faults all the harder to forgive.

Fans of retro gaming will find something to like amidst its addictive core premise, but for modern gamers used to more consistent design, City Connection is a trip you can afford to avoid.