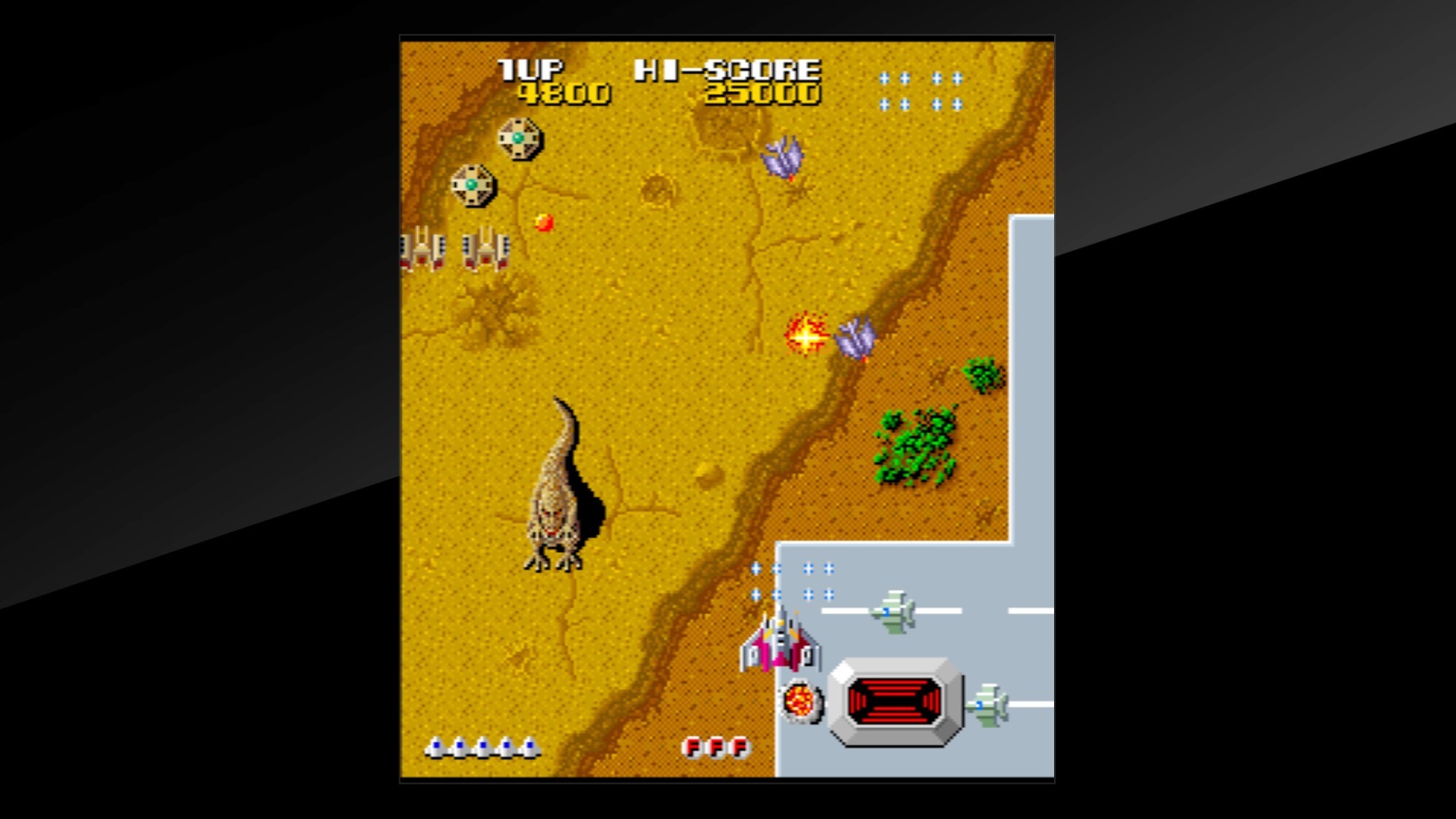 Released three years after Namco’s fantastic, genre defining vertically scrolling shoot ‘em up, Nichibutsu showed up on the scene with a game that was, hmmmm, let’s just say that it shared a few too many similarities with its rather obvious inspiration.

Yet another relatively obscure 80s arcade game to add to Hamster’s ever growing collection of Arcade Archives releases on the PS4, let’s get the obvious out of the way by making it abundantly clear that this game really is aimed squarely at the hardcore. With the usual lack of extras or additional options, this latest release represents yet another perfect arcade port with no concessions made whatsoever to those without prior knowledge of the game. There is no information, no history of the game, no artwork, no…….anything actually. There is an online leaderboard, but as always, the list has been inexplicably capped at 100 meaning that only the most hard of hardcore need apply. 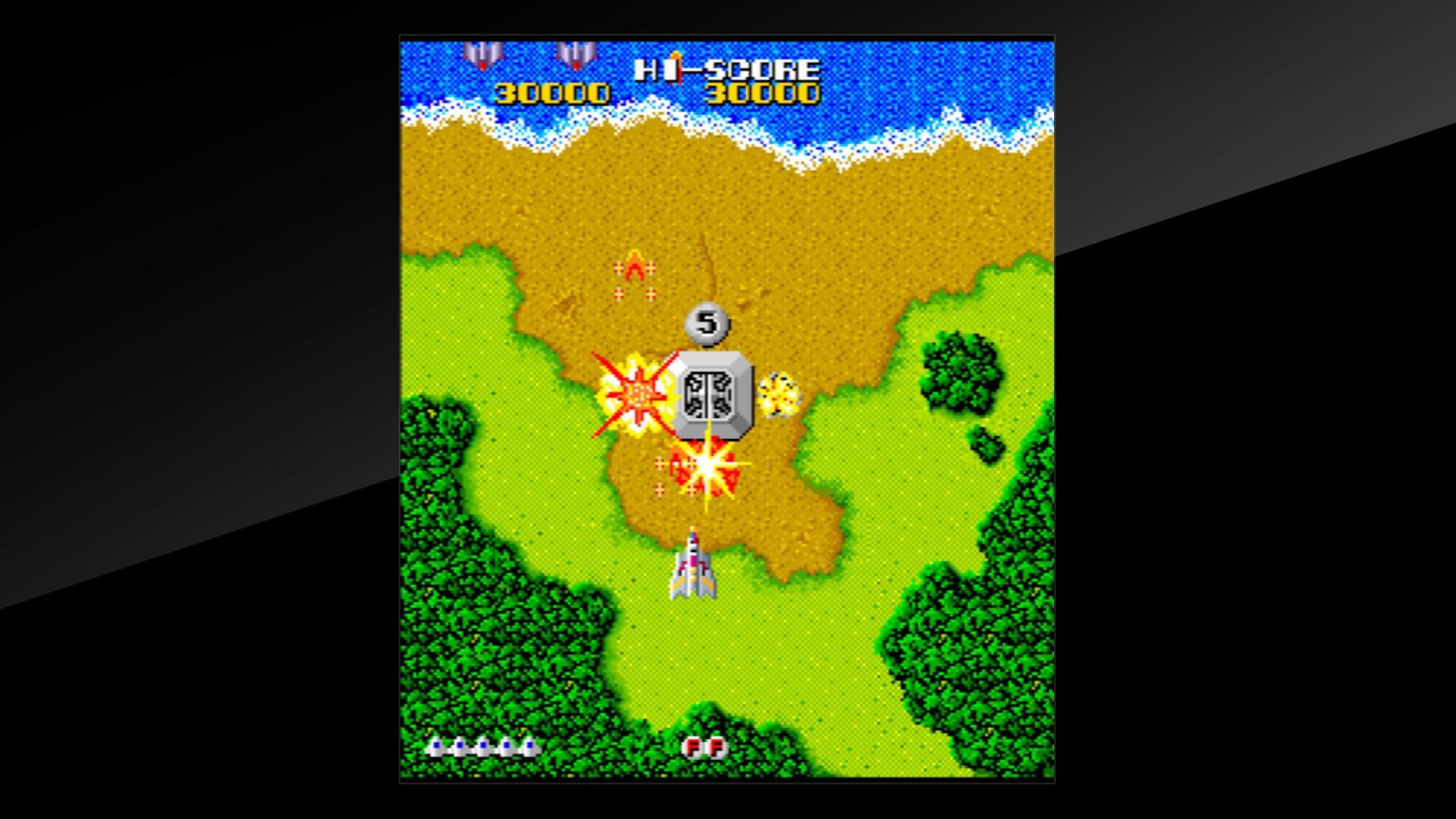 That’s a problem for all of Hamster’s Arcade Archive releases, but here, for a game that is so clearly dependent upon the thrill of high score chasing, the limitation really is hugely detrimental to the overall experience. It wouldn’t have saved what is a fundamentally decent but largely underwhelming shooter, but without the lure of the leaderboard, much of the appeal really is lost.

Still, lack of realistic leaderboards aside, Terra Cresta, despite being a rather blatant rip-off of Namco’s superior shooter, is still a relatively enjoyable arcade shooter in its own right. Those used to modern-day bullet hell shooters might find the limited challenge and simplistic visuals all rather quaint, but as per many vertical scrolling shooters of the time, Terra Cresta overcomes its technical deficiencies with some smart wave patterns and its solid core gameplay.

Yes, the lack of a bomb attack is rather confusing given the inclusion of carbon copy ground-based enemies (perhaps that is where the developer drew the line), but despite the more basic attack options, Arcade Archive Terra Cresta does have a few unique mechanics to call its own. Beyond the basic options for manual fire and quick-fire, a collection of Gradius-style power-ups arguably does enough to ensure that the game isn’t completely overshadowed by its unofficial but nonetheless illustrious predecessor. 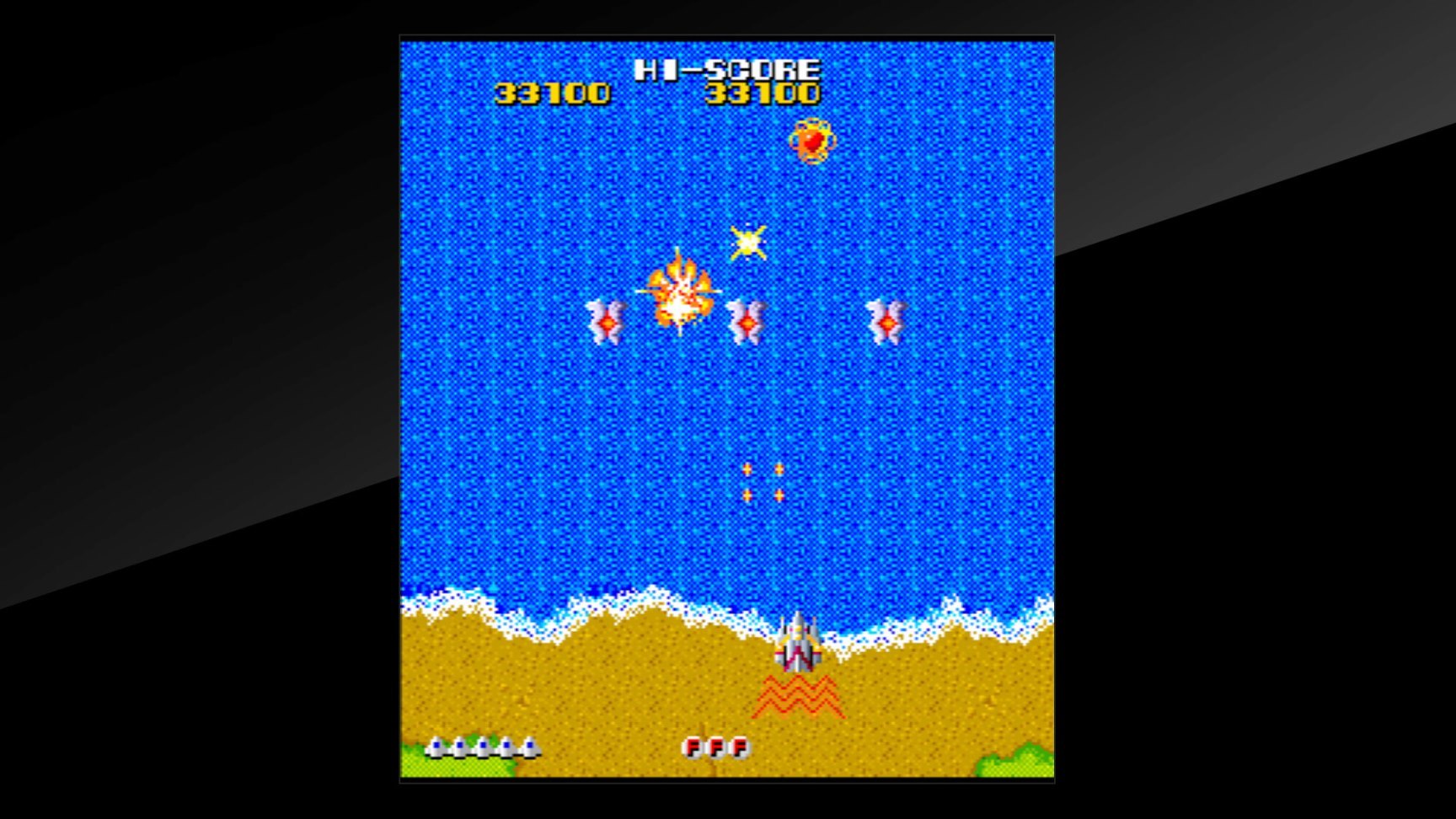 Individual upgrades are added to your ship as you pick them up, slowly creating a more and more powerful craft with the ability to fire numerous projectiles both forward and backward. On top of this, these upgrades allow for the use of a unique (for the time) formation system that incorporates an interesting risk/reward mechanic by separating your ship into a more powerful unit while subsequently leaving you more open to enemy attack. Sure, by today’s standards, it’s a relatively simplistic system, but alongside a rather cool phoenix form that is achieved by adding an additional power-up to an already maxed-out ship, Terra Cresta has enough about it to be considered more than just another simple Xevious clone.

There is no getting around the similarities to Namco’s classic vertical scrolling shooter, but taken on its own merits, Terra Cresta is an enjoyable and surprisingly unique shooter. It might look like Xevious, and in many respects, play like Xevious, but with its distinctive cast of enemies (there are plenty of dinosaurs), its impressive upgrade system and its solid core mechanics, Nichibutsu’s ode to Xevious is a game worth seeking out if you consider yourself a fan of the shooter genre or of 80s arcade gaming in general. The lack of additional extras is, as always, a disappointment, but despite the bare bones presentation, Arcade Archive Terra Cresta represents a welcome addition to Hamster’s, Arcade Archive collection.