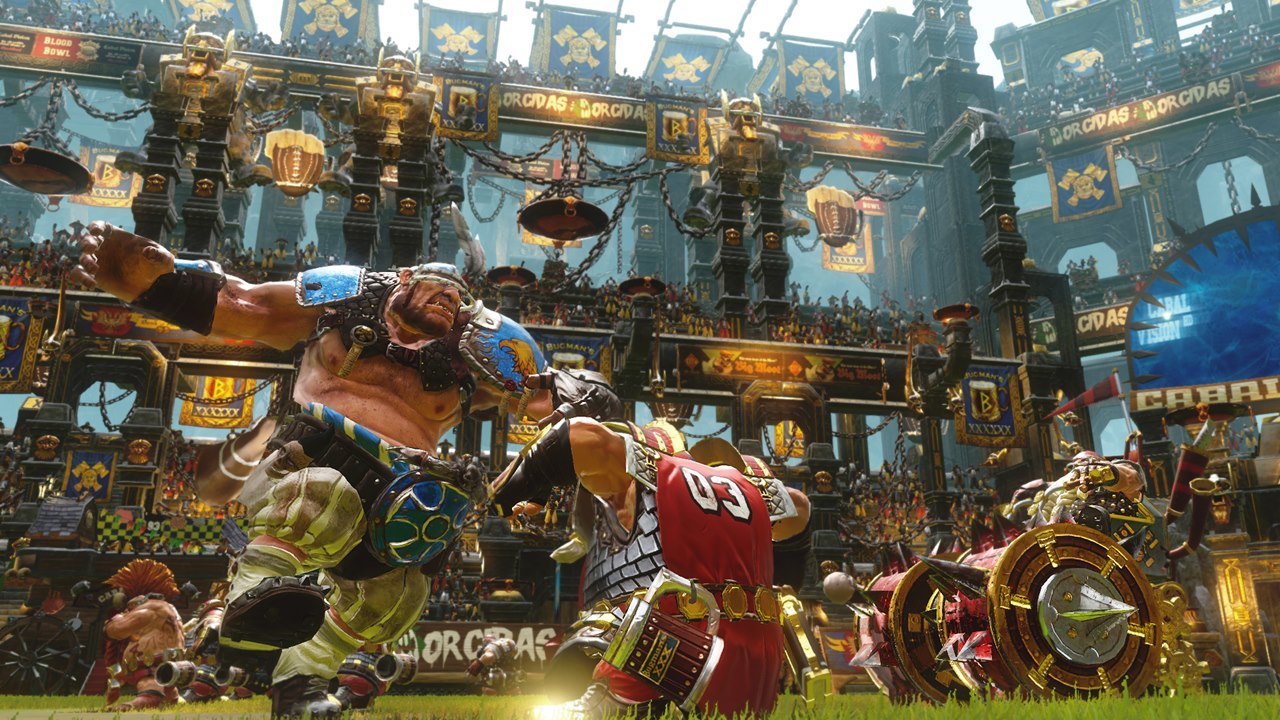 I only ever dipped a toe into the world of Warhammer in my youth. As much as I liked looking in the window of my local Games Workshop (and still do), I never committed to spending thousands of pounds on tiny metallic figures and the incredibly expensive paint required to cover them. Don’t get me wrong, I was always interested in the aesthetic and the lore that rules its seemingly ever expanding universe, I just never went that far beyond the purchase of a handful of models and a poor attempt at a homemade version of Warhammer 40,000. Still, one game in particular always caught my eye; Blood Bowl, the inspired combination of fantasy and gridiron (no, not fantasy football) always seemed to stand out from the crowd with that unique and always intriguing combination of violence and sport proving an intoxicating combination.

While I never spent any time with the board-based equivalent, I have picked up enough information down the years to get an idea of how the game plays and what factions are included. While I might be a little off, the virtual incarnation plays exactly how I imagined it would, and even as somebody with little more than as passing knowledge of the history surrounding it, I found myself immediately enamoured by Blood Bowl’s incredibly British sense of humour. Sure, it’s based upon the most quintessential of American sports, but just as Grand Theft Auto parodies the idea and concept of modern day American culture, as does Blood Bowl in regards to its favourite sport….only, y’know, with orcs and stuff too.

The basics of the game are actually very simple – with 11 people (characters?) on each team, the aim is to run or pass the ball into the end zone before the opposition can stop you. Playing out via traditional turn-based gameplay, you will have to tactically position your team around the pitch while taking into consideration the statistical probabilities of falling, being tripped, being knocked unconscious, and in some extreme cases, even being flat our murdered. From what I hear, it actually plays out in an incredibly similar fashion to the board game, and while some might be initially put off by the thought of a turn-based sport game, the fundamental controls are easy and accessible enough for the majority of gamers to jump right into the action.

As simple as the controls and on the field options might be, the strength and ultimate depth of the experience comes from the array of tactical options that become subsequently available based upon those initially basic command inputs. Blood Bowl 2 is essentially as complicated as you want it to be, but after a few games, you’ll almost certainly find yourself executing carefully crafted blocking manoeuvres in an attempt to open up running lines for your more offensively minded players.

Whether it be a basic block or a brutally crippling attack (the animations of which are consistently fantastic), success, while likely to come to those with the most tactical acumen, is still (and rather inevitably) at the whim of the dice roll. While the odds of success tend to level out across the course of a 16 turn game (8 turns per half), it can be annoying when a carefully crafted move falls apart because you rolled a dud on an offensive play and that ogre you were looking to put the hurt on turned the table and sparked you out instead. Still, while I understand that can be frustrating, this is certainly no Mario Party. Yes, close games can come down to that little bit of a luck, but an otherwise one sided performance is unlikely to be swayed by a litany of unlucky rolls. 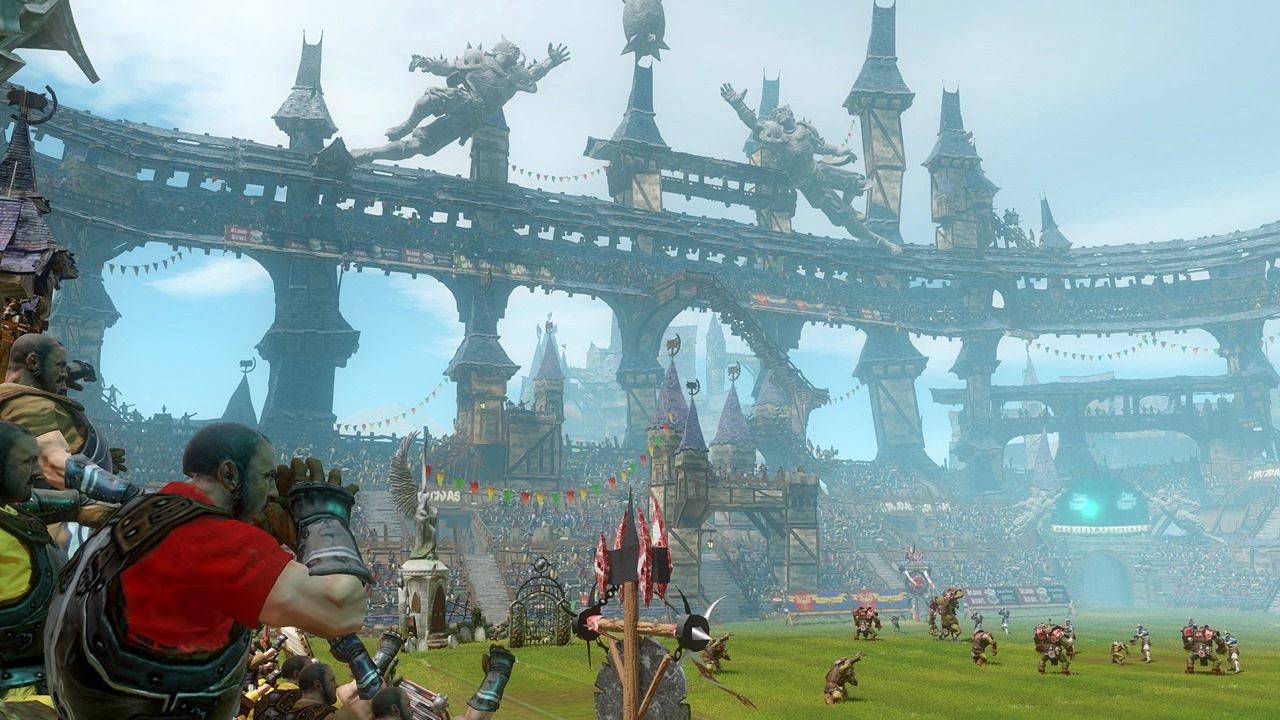 The thing is, dice rolls are a huge part of the game (they are even visualised on screen during encounters), and personally, I think Blood Bowl 2 is all the better for it. Be it a roll of the dice or a clear visual indicator of your chances of being taken out on your way to the end zone, the risk reward aspect of the game and its immediate pay outs (or busts), is what ultimately make this game so exciting to play.

Fans of the series (and of Warhammer in general) will inevitably get the most from the experience, but even if you remove the power of the brand and approach this purely as a tactical fantasy sports game, Blood Bowl 2 has more than enough quality to live on the strength of its gameplay and well implemented mechanics alone. I mean, come on, everyone knows an orc form and elf, everyone knows football and, well, most people enjoy violence. What’s not to like? If anything, despite the expectations that accompany any tactical, turn-based videogame, I’d make the argument for Blood Bowl being a more accessible game than the latest Madden release.

Oh, and just to be clear; much in the same way that you don’t need to enjoy football (soccer) to enjoy Rocket League, you really don’t need to like American Football to enjoy Blood Bowl 2. It’s closer to Final Fantasy Tactics than it is to your standard instalment of Madden, and while the ultimate goal is to get the ball into the end zone, the manner in which you achieve that goal is far from the standard.

One of Blood Bowl’s greatest strengths is the chance to play the game using an array of different races. The core controls remain the same regardless, but with each of the primary races offering very different abilities, you’ll need to change your approach based upon who you decide to go with. Whether it be the human all-rounders, the strong and powerful orcs or the nimble and athletic dark elf teams, you’ll need to carefully tweak your tactics based upon the strengths of your own team and the potential weaknesses of the opposition. While it is admirable that there are numerous races to choose from, it is a shame that only a few feel like they’re actually worth sticking with. The big hitters all have numerous player roles to choose from (passing and receiving specialist etc), but some of the other teams such as Chaos and the Bretonnians only have a limited number of choices with no additional abilities to justify their exclusion. It’d be fine if these were pro teams with subtle strengths for higher level players, but as far as I can tell, they’re simply not as good as the core fantasy races. It’s not the end of the world of course (there’s certainly plenty of choice), but if you’re a long time Blood Bowl fan who favours the Chaos roster, prepare to be disappointed. 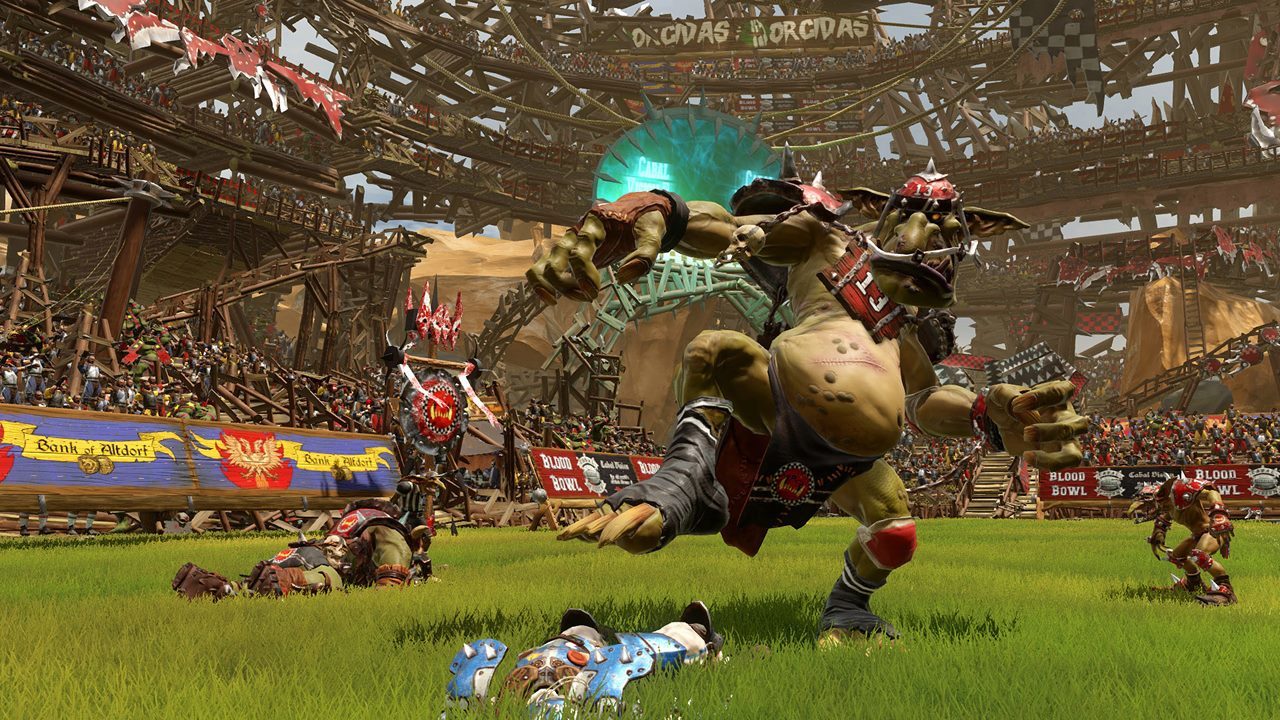 Still, minor design hiccup aside, Blood Bowl 2 is an otherwise resounding success that does enough to please fans of the board game while delivering enough in the way of exciting and accessible gameplay to make this a genuine option for those with no prior interest in the Warhammer brand. The campaign is lengthy with a decent story and a fantastic framing device that makes great use of a surprisingly entertaining vampire / ogre commentary team while the array of customisable multiplayer options ensures that those looking to play with friends are well catered for. It may have taken a very different approach to its sport of choice, but just as Rocket League successfully reinvented soccer, Blood Bowl 2 has taken the fundamentals of gridiron and turned it into something new, exciting, and yes, very, very violent.