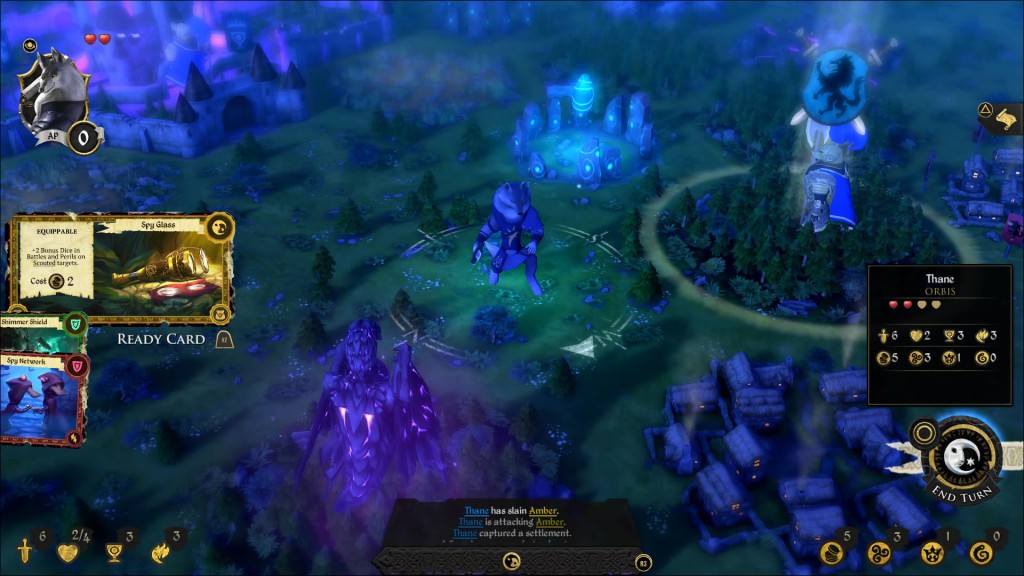 Armello is polished in how it brings it’s board game influence to the table. You get the feeling that there has been a lot of time, care and consideration from League of Geeks as they put their little baby together and you get the distinct impression that this is from a development team that have put what they like about boardgames into their own creation. Originally funded through Kickstarter, Armello has taken some risks in even getting the game to the release phase in first place.  As a big board game player myself, I can’t help but applaud what  League of Geeks have developed in Armello. However this influence might be one of the main reasons why it may not get any attention from non board game fans.

The story is fairly basic in itself. The King of Armello has had his mind corrupted by The Rot, that has caused him to throw away his good judgement and is also taking away his life and it is up to yourself as one of four factions to try to turn the tide against him and hopefully remove him from power in the process. You take up the mantle as either a Bear, Rabbit, Rat or Wolf each with slightly different skills to aid you on your quest and each have their own reason for choosing them.

The presentation is simply beautiful and anyone who has the slightest like for anthropomorphic characters will love what you have to play with in Armello. Everything from the animations for the characters to the artwork on the cards is actually worthwhile spending some time looking at. I’ve seen similar levels of detail in Mice and Mystics, a Plaid Hat Games boardgame. It is as if League of Geeks know what a boardgamer expects to see and added it into Armello. 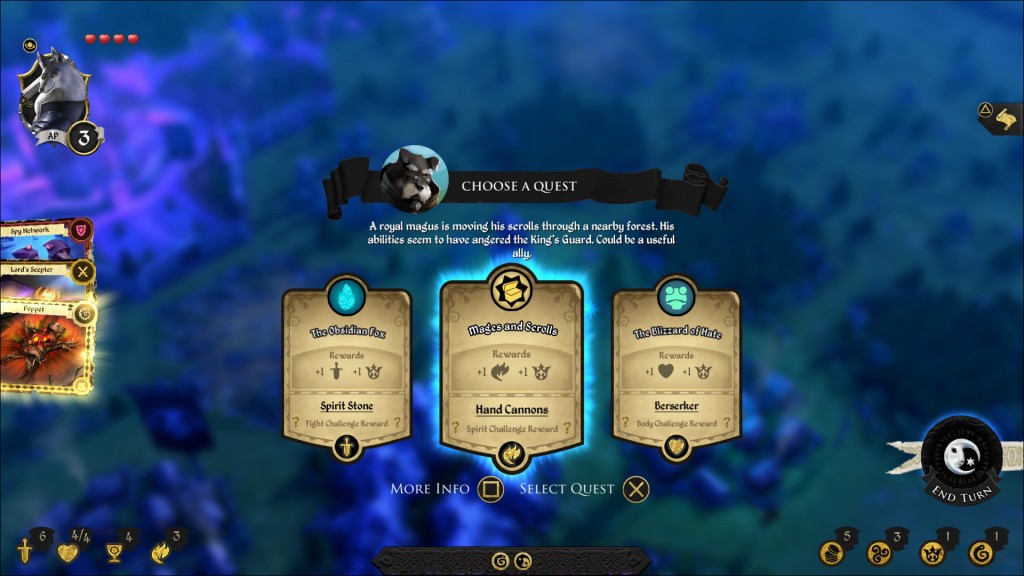 Gameplay is straightforward, you play on a hexagonal grid which contains areas to explore or opponents to fight. Certain squares with give you additional powers, others give you quests to fulfil that will increase your stats if you succeed. You also have the chance to run into the King’s Guards or members from the three other races you haven’t chosen. Armello works around a day and night cycle and this has a direct effect on how the land and the King reacts to your presence in his land. There are more layers beneath the basic strategies that are explained to you through a well designed tutorial at the beginning. Even the end victory can be achieved in a number of ways, from collecting all the Spirits Stones in the land, to outright defeating the King, or you can succumb to The Rot yourself and then commit regicide or gain enough Prestige by the time the King dies.  The number of various win conditions will guarantee that you will be playing this more than once just to understand all the various mechanics on offer here.

Using the right card combinations and knowing when to attack or hold your ground is key to being victorious in Armello. Dive into battles at your own peril unprepared, as a loss in the game will force you back to your starting square, sometimes losing you your much worked for advantage. The other reason to show discretion is that battles themselves are dice based and random, so the outcome can be decided based on the cards you call into play rather than the luck of the dice. Rounds are played out to completion so if an enemy has caused you enough damage even if you have killed them, you can still lose the fight.

This is one of the areas where the board game theme can be bittersweet, however, this is normally more down to a lack of preparation over poor random number generation. 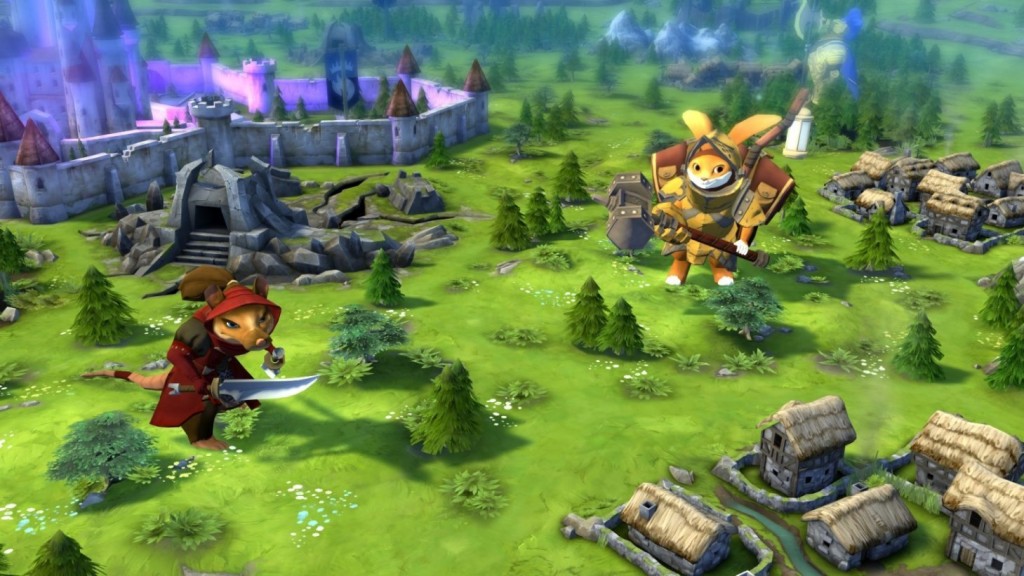 Like any board game you’ll have to wait your turn when playing in the multiplayer mode, when it comes to playing with three other AI opponents you’ll be wishing for a skip button to make the process move that little bit faster as the AI does love to takes its time. You’ll also question the lack of local multiplayer mode for a game based around  a board game, which is an extremely strange decision. It can also difficult to read the card text unless you bring them up to the centre of the screen, which sometimes means you can waste valuable seconds when deciding which card to use. These are niggling little gripes when compared to what League of Geeks have achieved with Armello.

For those who are board game fans, this is a game you should add to your collection. For anyone else, Armello offers something different to what is currently available on the Playstation 4. It is a beautiful looking gem and certainly worth a king’s ransom.