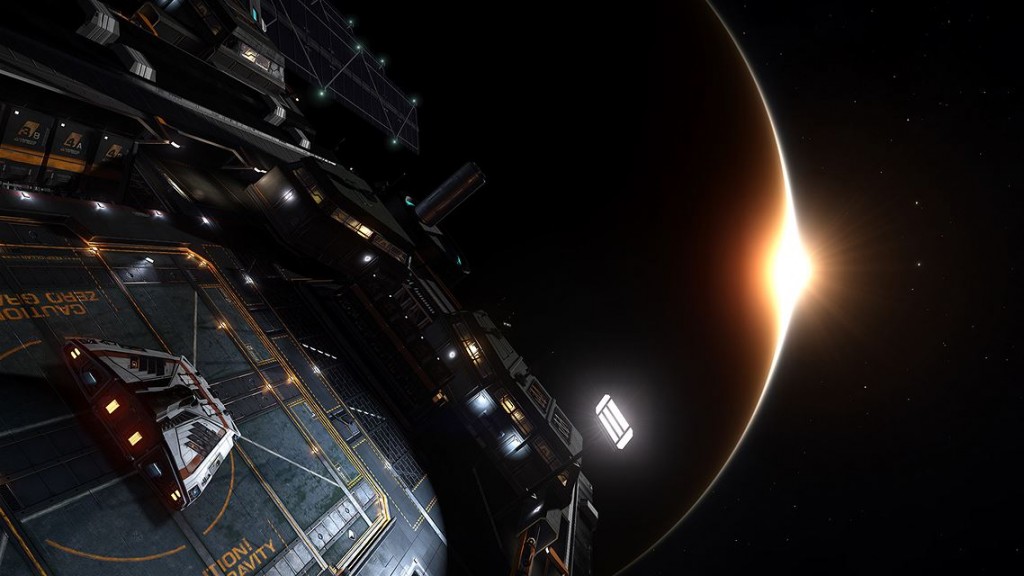 Once the prized jewel of PC gaming, the Elite franchise has made the transition to console systems in an effortless and remarkable manner.  The fourth in the Elite series, Elite Dangerous is by far one of the greatest examples of sandbox gaming we’ve played in a very, very long time. Set in deepest space, Cambridge-based developers Frontier Developments have created a universe of some 400 billion systems that you can explore at your leisure. And how you choose to explore these worlds is for you to decide.

With virtually no hand holding whatsoever, once you complete the training missions you are left to your own devices to determine how you plan to make your name in the universe. It’s at once an exhilarating, daunting, exciting and often overwhelming proposition. And we loved every minute of it. If you’re in a feisty mood, you can earn valuable credits by taking part in one on one dog fights or epic battles with hundreds of ships on-screen at any one time. Or if you prefer to explore and discover new words, you can traverse the beautiful black void of space as a scientist gathering data and selling it at a profit.   With those credits you can buy new ships, new weapons and upgrade your vehicle as needed. 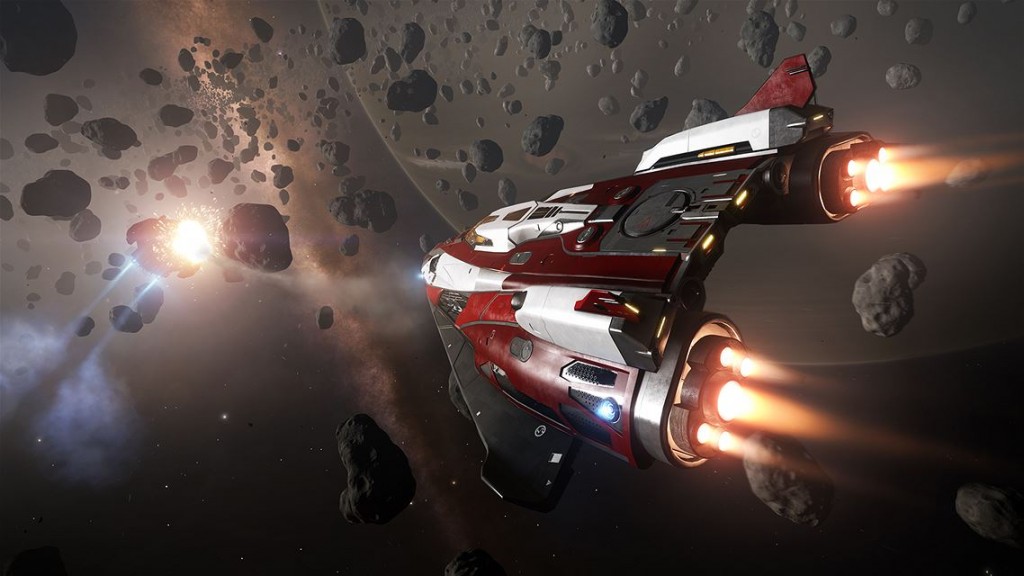 All in all Elite Dangerous has some 23 ships on offer ranging from freighters, cruisers, fighters and passenger ships designed to quickly and comfortably get from one system to the next. Each ship has access to a range of different modules which you can fit to help you specialize as traders, smugglers, bounty hunters, pirates, etc.

As you start Elite Dangerous you are given a fairly reasonable all-rounder as your starter ship. The Sidewinder has a little bit of everything; speed, power, shields and manoeuvrability. But it you’re going to survive in the wilds of space, you’re going to have to decide quickly how you’re going to make those valuable credits. The very fact that there are no missions as such will initially disorientate gamers used to fixed goals and set rules of what they can, or can’t, do. But that freedom of choice is what makes Elite Dangerous such a remarkable game. You can play the game for weeks without firing a single shot. Or you can join a faction and spend every minute in huge battles for the control of systems. Every time your faction wins, you earn credit, upgrades and new ships.

Graphically, Elite Dangerous has made the port to consoles without sacrificing any of its eye watering beauty. Every frame captures the majestic beauty of the cosmos and proves that the oldest picture book we possess is the grandeur of space. 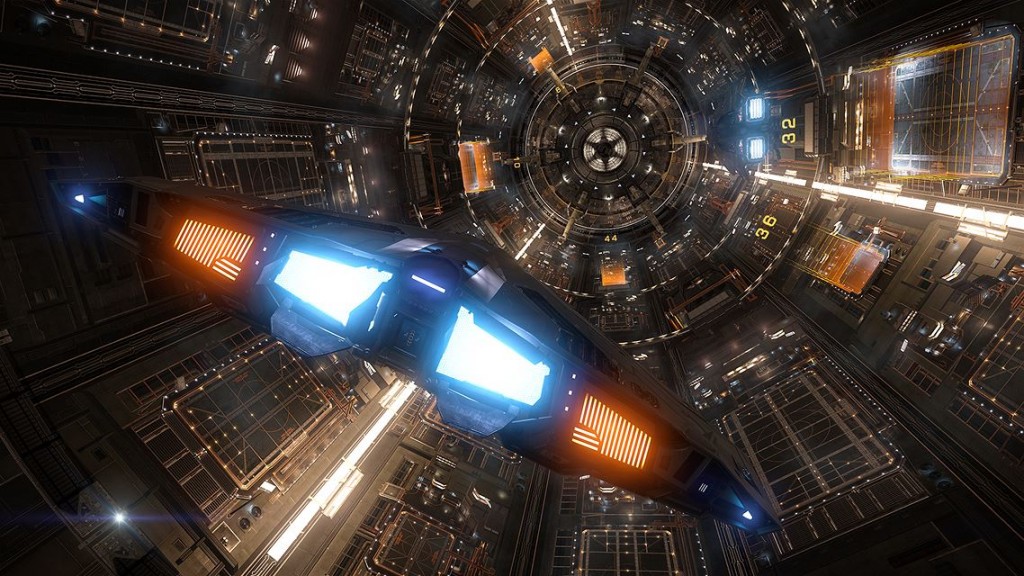 The only minor niggle we had was with its pacing. Travelling between systems at cruiser speed at several times the speed of light sounds fast. But in practice, it can be a slow process which will see you staring at the screen hoping that distant planet gets bigger before its time for dinner. It’s fair to say that Elite Dangerous is a game that requires patience and the willingness to invest time in making progress. Call of Duty fanboys need not apply.

Apart from the slow pacing, this is probably the finest space sim we’ve ever played. With a playground as large as your imagination and the freedom to do whatever you want, Elite Dangerous is a unique gaming experience that we highly recommend.