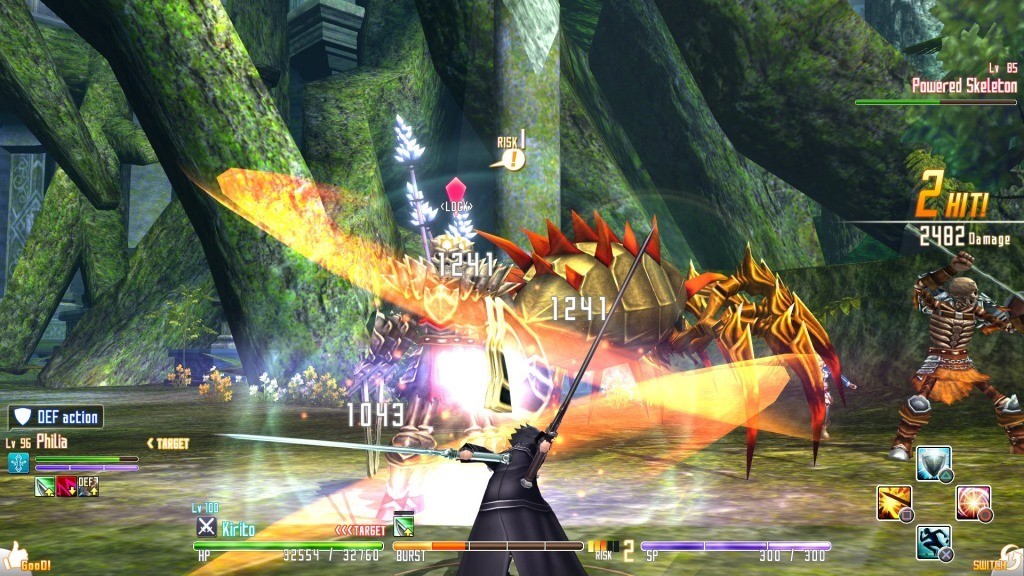 Like it or not Sword Art online is a worldwide craze. Based on the novels originally released in japan Sword Art online came to the UK way back in 2013. I was flicking through my Netflix account and the same usual, boring stuff popped up, until I saw Sword Art online and straight away I was intrigued.

The game has over 100 recruitable characters which can be chosen to accompany the player in the game’s dungeons. Gameplay combines elements of a MMORPG albeit in a simulated fashion as it is not an online game, though it does include limited multiplayer via ad hoc for up to four players as well as elements of a dating sim.

The game takes place in the same continuity as the prior game in the series, Sword Art Online: Infinity Moment, which exists in an alternate storyline from the Sword Art Online anime storyline. The player controls the main character Kirito, who has been trapped in a MMORPG where dying in the game will lead to his death in real life as well. If any attempt from the outside world was made to remove the player from the game that would also result in their death. Beating the 100 floors of a labyrinth Aincrad, is the only way the game can be beaten. Sword Art online has everything, you will feel every emotion possible and I think that is why it’s so popular.

Part of the game is actually a high-definition recompilation of Sword Art Online: Infinity Moment, the original game in the series released for the PlayStation Portable, including all content of “Floor Clearing” from the previous game with the addition of new unexplored “Hollow Area” of Aincrad.

At the bargain price of £16 you can now play both for PlayStation 4 and saying that in a couple of week if you buy the next game which is a direct sequel to this you get it for FREE. If you have bought this game already you will be able to grab the new game of PSN for a discounted price. I just wanted to say I think this is a really nice gesture and absolute credit to Bandai Namco for this. 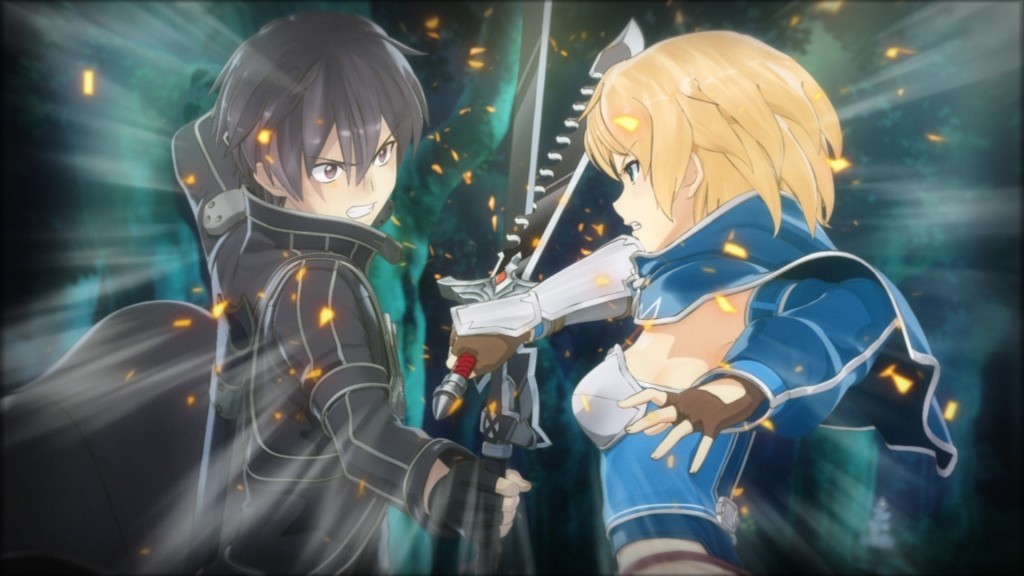 As you might expect from a game Like Sword Art Online there is a lot of dialogue and at times it feels like I’m playing a visual novel. What’s worse is the fact it is not English dubbed it’s all Japanese with English subs. I know this would but some people off instantly but trust me when I say this is properly for the best. Another interesting aspect to the game is and it has to be mentioned is the fan service. I feel there is too much of it in this game. The entire cast of women swoon over Kirito like he’s some type of god and it starts to get very irritating at times. Yes you can have a romance with every single character in the game and there’s even the option to hold their hands or pick them up. You can do even more with them but I’m not getting into that…

The main strength of this game is definitely the combat which is most important. Its quick frantic and basically a lot of fun. The traditional level up system is in place you can level skills, equip new weapons and even level your characters in multiplayer. One disappointment is the fact you can only play as Kirito you cannot control any of the other party members to compensate for this you are given a system to credit your party for doing something good or ask them to use items more or less.

Luckily the AI of the game is surprisingly responsive and good and it usually coincides with what you want to do. Linking burst attacks lands massive damage so it’s important you work together with your party as much as possible. Encouraging your party not only helps you in battle but it also improves your relationship with them too.

One thing I love about this game is the art style it’s very similar of the Tales of series. Yes this was originally a PlayStation Vita game which has been ported to the PlayStation 4 which is going to cause a few technical issues. Mainly frame rate issues I often found when in a crowded area the frame rate would drop quite a lot to the point it looks like your running in slow motion. This isn’t game breaking by any means and at times it can be hilarious to watch and I’m sure if a patch can be brought out to fix it, it will be fixed. 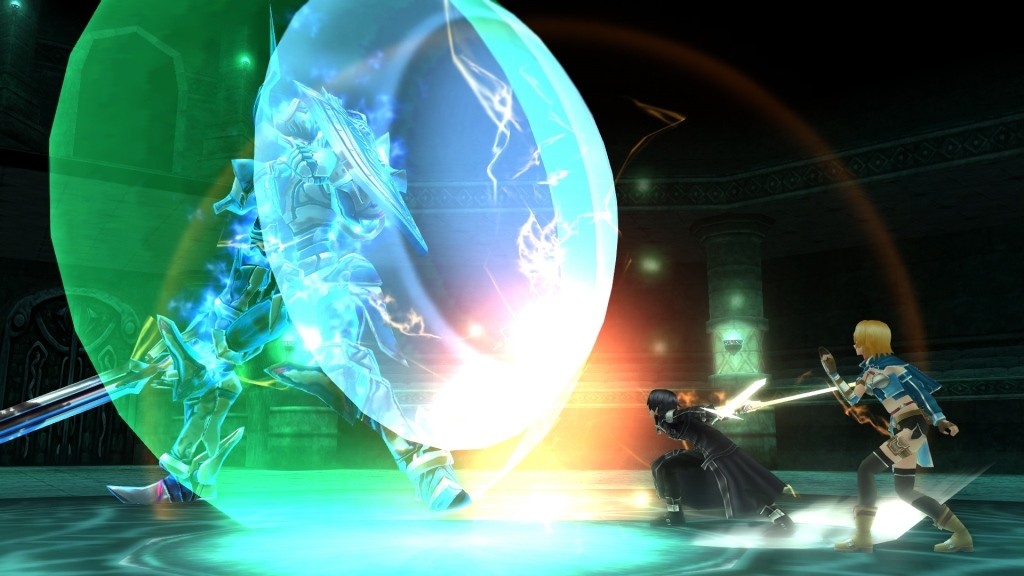 The hollow area acts as much more challenging part of the game with great rewards there are rare weapons and skills to be gained but the difficulty is much greater. It’s nice to inter change between the two as I have to admit just grinding Aincrads floors does get a little repetitive. Multiplayer I have found is a great way to level up and find some incredibly rare items too this does however sacrifice the challenge of Aincrads floors and if you do go it with friends and they go to an area where everything is a much higher level than you. You can easily grind out levels and find some very powerful gear. It’s also pretty enjoyable with friends too you can’t do any of the Aincrad or story related bits but you can explore the hollow area in its full.

Overall Sword Art Online Re: Hollow Fragment is a game for true anime fans. For those looking for a traditional RPG, I suggest watching the first part of season one of the series before diving into this game as it will make more sense. I reviewed this based on the price it carries and at 16 pound it’s definitely worth a look, yes it has its flaws but none of them are bad enough to take away from what the game is.

Sword Art Online Re: Hollow Fragment is a game for true anime fans.