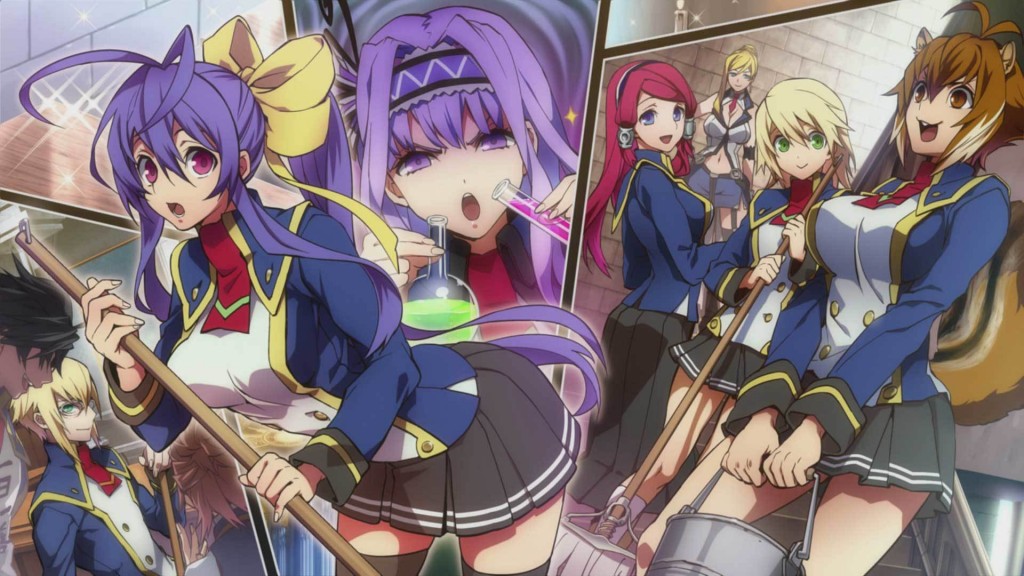 The BlazBlue series has seen a few iterations since the original was released in arcades and on consoles back in 2008, but despite Chrono Phantasma Extend being the sixth game in the series, Arc System Works’ fighter is still relatively new to the scene. Of those six releases, two were iterations on the first sequel with Chrono Phantasma Extend really more of a minor update to last year’s PS3 release. So, hardly long in the tooth then, and in a genre packed with seasoned vets, how good can this rookie fighter really be? Well, very good actually.

Despite the series being relatively new to the scene in the grand scheme of things, developer, Arc System Works have actually been working on fighting games for years (they are the team behind the fantastic Guilty Gear series), and you know what, it shows. BlazBlue, right from that first release back in 2008, was clearly a series aimed at challenging at the very top level, and in Chrono Phantasma and this subsequent PS4 and Vita ‘Extend’ upgrade, Arc System have delivered a subtle if undeniably successful update to what is arguably the finest game in the series to date and subsequently, one of the very best 2D fighters that money can buy.

A technical fighter in every sense of the word, Chrono Phantasma Extend delivers incredible spectacle (this is arguably the best looking fighter on market) alongside deep, rewarding, but in the case of this latest release, a surprisingly approachable fighting system. The mechanics are hardcore to the bone, but thanks to the inclusion of ‘Stylish Mode’ for newcomers, is a game that casual fans and beat ‘em-up veterans can now enjoy in equal measures.

Similar to Capcom vs. SNK’s EO option (Easy Option), Chrono Phantasma Extend’s, ‘Stylish’ option allows for all the spectacle without the need for thumb twisting special moves or intricate combo recollection. It’s aimed more towards the games’ surprisingly comprehensive Story Mode than online competitive play, but it’s just one of Chrono Phantasma Extend’s many welcome additions and a sign that Arc System are looking to expand the brand beyond the hardcore fan base. 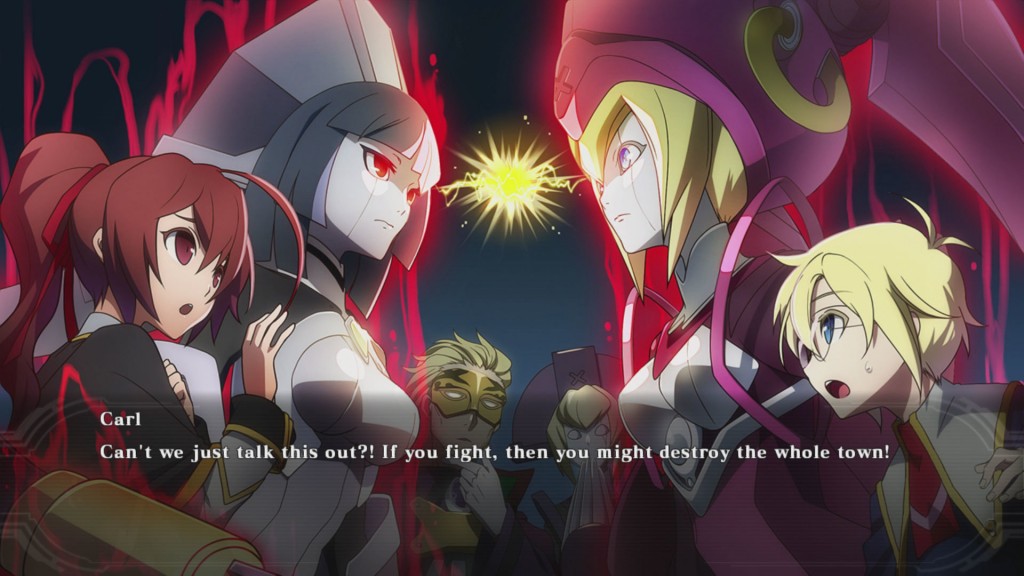 On top of the new mechanics, Chrono Phantasma Extend is now home to a huge roster of fighters with all of the characters from the original Chrono Phantasma (including all of those from Continuum Shift and its subsequent DLC) along with two additional characters in the form of Lambda-11 and Celica A. Mercury. They aren’t my favourite characters in the series by any stretch of the imagination, but long-time fans will appreciate their inclusion, and if nothing else, add to the already brilliantly eclectic cast of fighters available.

It might only be a minor upgrade to what was released on PS3 in 2014, but Chrono Phantasma Extend really does deliver an extensive, imaginative and incredibly diverse selection of characters. Whether it be recently added characters or the old stalwarts of the series, you’ll find a vast selection of noticeably different fighting styles aimed at everyone from the beginner to the pro and just about everything in between. It might be a bit too ‘Japanese’ for some, but this really is one of the fighting genre’s finest cast of playable characters. They might not be as famous as their Street Fighter brethren, but they easily match them for variety and imagination.

The Story Mode, despite being almost outrageously Japanese, is actually rather enjoyable and encourages players to try out a whole host of playable characters as they progress through the tale. The story is, well, mince, but it’s delivered with gusto, expands the universe beyond its predecessors and, like the rest of the game, is available in original Japanese or English dub. Personally, I’d go with the slightly less annoying Japanese cast, but as always, expect a fair bit of high pitched squealing.

While already relatively extensive in comparison to the majority of 2D fighters on the market, those looking to dig even deeper into BlazBlue’s surprisingly extensive lore will be treated to a collection of additional story modes for the new Extend release of the game. The gameplay might well have been tuned rather than actually changed for the Extend release, but with the beach scenario from the Playstation Vita version of Chrono Phantasma, a new story based on the BlazBlue: Remix Heart manga, and additional scenarios for a number of key characters all included here, fans of the single player experience will find a lot of new content to get through in this latest rendition of the BlazBlue series. Of course, all of these characters and storylines might be a bit much for newcomers, but luckily, while far from perfect, the new Library mode will give newcomers a chance to catch up with the full BlazBlue timeline.

Finally, there is the return of, ‘Unlimited Mars Mode’. This was initially introduced in, BlazBlue: Continuum Shift Extend and in Chrono Phantasma Extend, once again offers up the most extreme challenge that the game has to offer. In this mode, players fight ten consecutive characters who are all set at a higher level than the top difficulty setting available in other modes (each character is essentially turned up to eleven, because, you know, eleven is one higher than ten). It’s as simplistic as it sounds, but for those looking to push their BlazBlue skills to the limit, there really is no better place than right here. 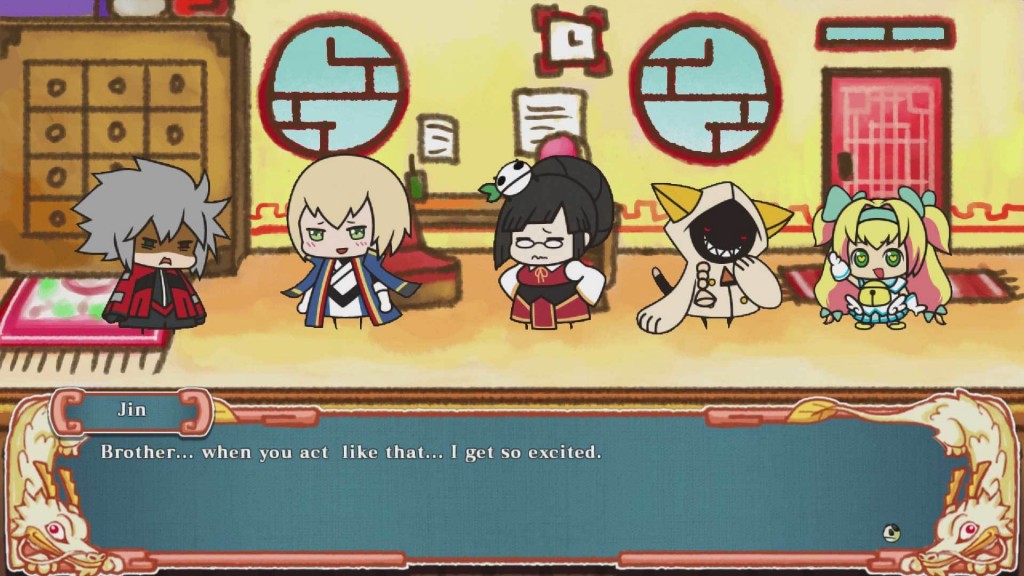 Chrono Phantasma Extend’s re-drawn characters and fantastic animations may not have been upgraded in any meaningful way since the release of the PS3 version, but you know what, it was one of the best looking fighting games on the market then, and remains so 12 months on. There are a few rough edges during close ups, but BlazBlue: Chrono Phantasma Extend remains the prettiest game in the series by some way while its collection of beautifully hand drawn backgrounds arguably make Extend the best looking fighter on the market. A heady claim indeed (especially considering the lack of meaningful improvements for the PS4 release), but preferences between 2D and 3D fighters aside, this remains an absolutely stunning game blessed with gorgeous art design and an extraordinary attention to detail.

It’s still lacking the mass appeal of a Street Fighter or a Tekken, and given its art design, will probably always fall short of genuine mass market success, but in fairness to Arc System Works, while BlazBlue continues to appeal directly to the hardcore, they are making successful moves towards ensuring that this notoriously technical fighter is more palatable and approachable for the casual crowd. Either way, hardcore or casual, veteran or newb; Chrono Phantasma Extend certainly has enough content to make it worth a look for either end of the gaming spectrum. It’s a tougher sell for those who already own Chrono Phantasma on the PS3, but with some improved balancing, two new charcters, and above all else, some great aditions to the already extensive story mode, Chrono Phantasma Extend represents a successful if somewhat subtle update to one of the PS3’s very best fighters.