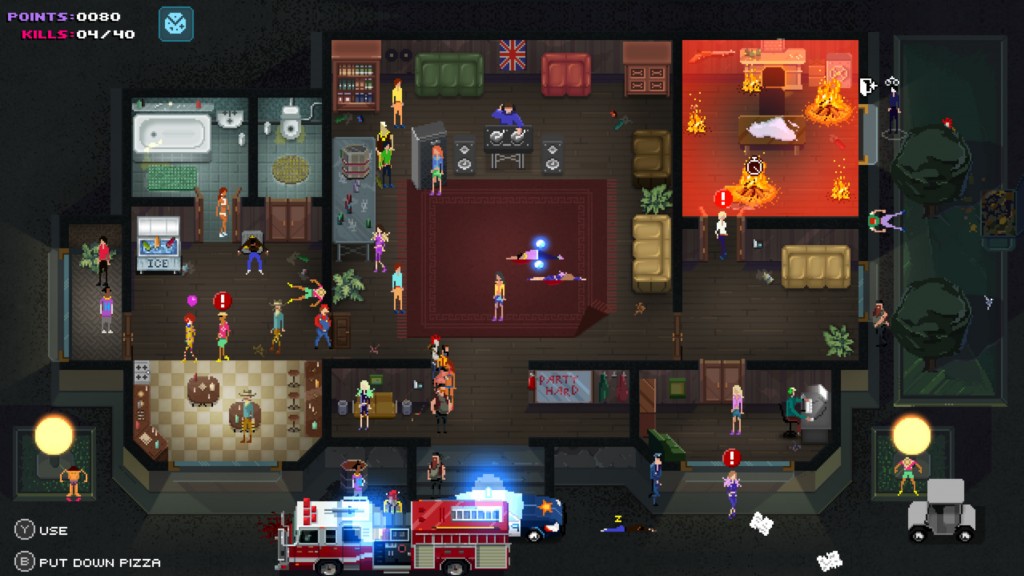 Chances are if you live in a busy area or around the youth of today, then you’ve heard or been kept up by loud music at a party. Well our protagonist is in this exact situation and he’s had enough, however, instead of ignoring it or calling the police he decides to matters into his own hands. You may think I mean politely going over and asking them to keep the noise down, but no. This gentleman decides to slaughter everybody at the party, for the hope of sweet silence. I personally wouldn’t recommend doing that in real life.

Unlike most games where you play as the hero and end up saving the world, Party Hard requires you to play as the murderer to progress through the levels. Each level is a different setting for a party, from a roof top party to a pool party, no one is safe. This games is heavily strategy based in the sense that you must set various traps and find blind spots to commit your deeds. Mindlessly running in and trying to murder everyone is not an option, as you’ll most likely be caught immediately. The side mission is to not get caught by the police, as that will result in you having to restart the level. 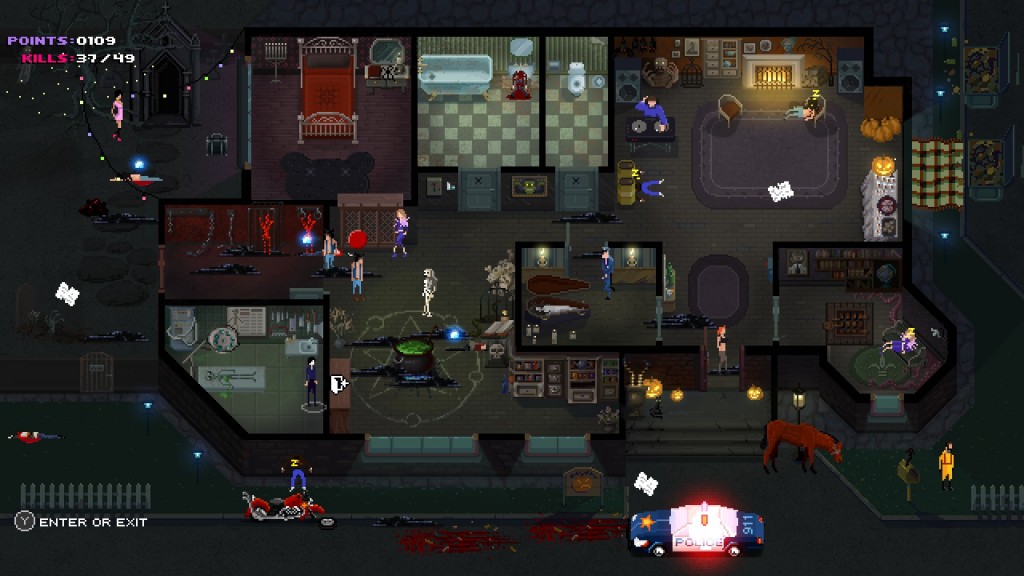 The traps vary in each level and shuffle around every time you get caught, this is just to keep things fresh and interesting. Some traps are specific to a certain level, for example a dance floor that can immediately kill everyone trying to bust a move is only located in the disco party.  As well as traps there are also ways to hide bodies, for example man holes are an amazing way to dispose of a body. There are also shortcuts that can take you from one side of the party to the other, this can help you escape from the police or leave the scene of the crime. However, if you get in a real pickle you can phone a friend to help you out. The help you receive is random, so it’s the luck of the draw. This help ranges from a body guard who stops the police to a bunch of lovely looking ladies to cause a distraction.

Party Hard, on top of fun gameplay, has a rather interesting story. In between each level you get a few minutes of dialogue and pictures. I can’t say too much at the risk of spoiling the story. The only thing I found weak about the story was the voice acting, which to me sounded like the same guy. But the same person wasn’t what bothered me, it was the frequent voice cracks the really took the drama away. But for those who wished to avoid these problems could do so as the cut scenes were easily skip-able for the player more focused on murdering, you may also want to see someone about that. 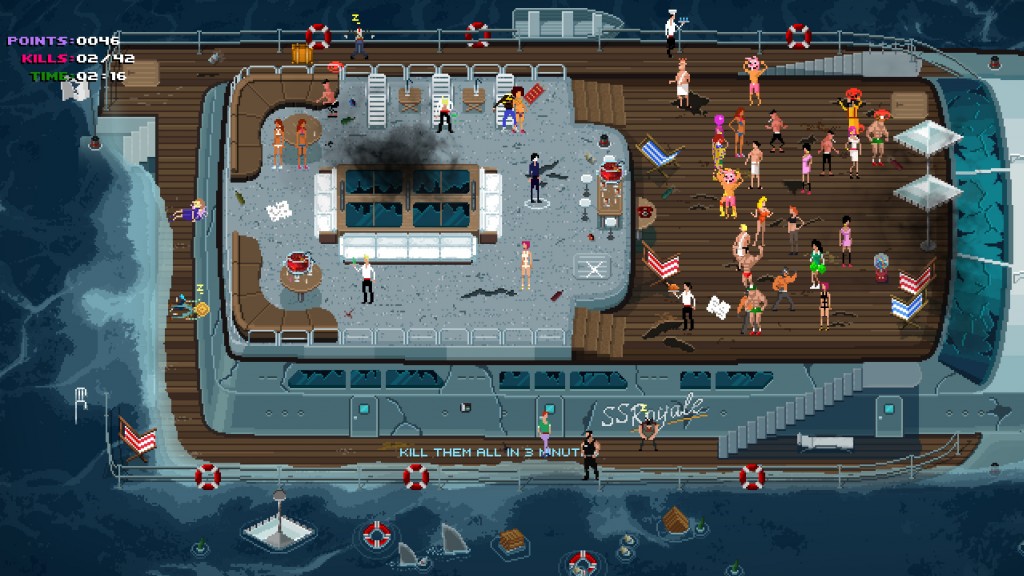 Party Hard, like a lot of indie games recently, reminded me of Hotline Miami. Not only was it the simple, pixilated art style, or the fact that you slaughter huge amounts of people. The factor that reminded me of Hotline Miami was the fitting similar music style. Obviously it had to have music seeing as this was the predominant party noise, but it added to the atmosphere and was a surprisingly good background track to listen to while murdering party goers.

Overall I’m going to give Party Hard an 8 out of 10. Its gameplay was addictive yet fun, and there are countless ways to beat a level. Despite being a relatively short game, you can beat each level with different characters to test your youth killing skills. There are also extra levels once you’ve completed the base story, this offers alternative aesthetics to the settings you’ve seen before.  Personally, I’d say get this game if you enjoy Hotline Miami or focused strategy, I thoroughly enjoyed it.