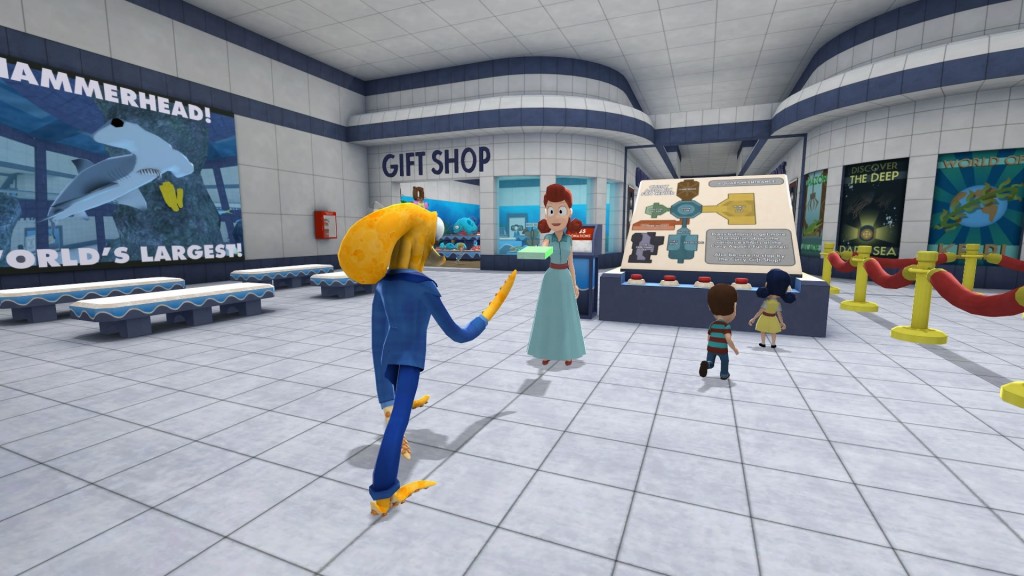 Octodad is one of those rare games that comes along every once in a while where outright comedy is king. There’s missions, objectives, characters and even a simple story but developer Young Horse’s primary goal is to make you laugh like a hyena. In that respect, Octodad: Dadliest Catch on Wii U is a roaring success. Already available on practically every other platform, now Wii U owners can revel in the hit octopus-in-disguise simulator.

If you’re not familiar with the game, Octodad is pretty much a simple game at heart. All you have to do is perform thoughtless everyday tasks like making coffee, mowing the lawn and grabbing some groceries. Sounds easy, but these mundane chores are somewhat more complicated by the fact that you’re an octopus incognito who’s happily married with, bizarrely, two perfectly healthy human children. Toss in a psychopathic chef hell-bent on blowing your cover and top it off with an awkward trip to the aquarium and that’s a day in the life of Octodad. Why even bother? But why question the motives of a fictional aquatic imposter? 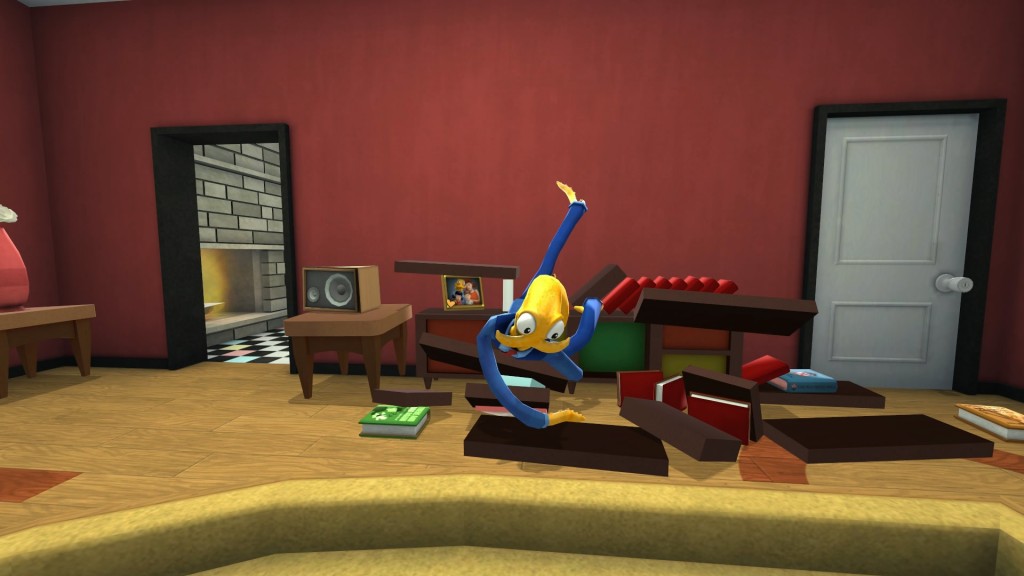 The absurdity of Octodad’s situation is conveyed quite aptly with a deft script that begins with a tutorial set on your wedding day. Here, you’re taught that you can interact with almost everything in your environment by highlighting objects like door handles or keys and pressing R. Once an items in your sucky clutches, you can tug, push or even launch it with reckless abandon. Then, after you’re literally taught how to walk, you make your way up the aisle like… well, an octopus; which is to say you break stuff and make gurgling noises. Yeah, that had me laughing out loud quite literally. In fact, it’s been years since I’ve laughed at a videogame so much…

Controlling an octopus is no easy feat. The ZL and ZR buttons raise your left and right tentacles, and the control stick is used to propel each limb in the desired direction. You have to alternate with each limb to stagger your way through each level to hilarious effect, but be careful not to spill so much ink in the view of witnesses or you’ll be exposed as a fraud! Your suction cups are helpful for giving you a grip when traversing tricky obstacles, but they’re also a double-edged sword as they stick to everything they touch. This transforms a simple walk across the floor into a potentially catastrophic but ultimately hilarious ordeal. Try swinging those clumsy tentacles through a restaurant and you’ll turn to find a trail of destruction in your wake. 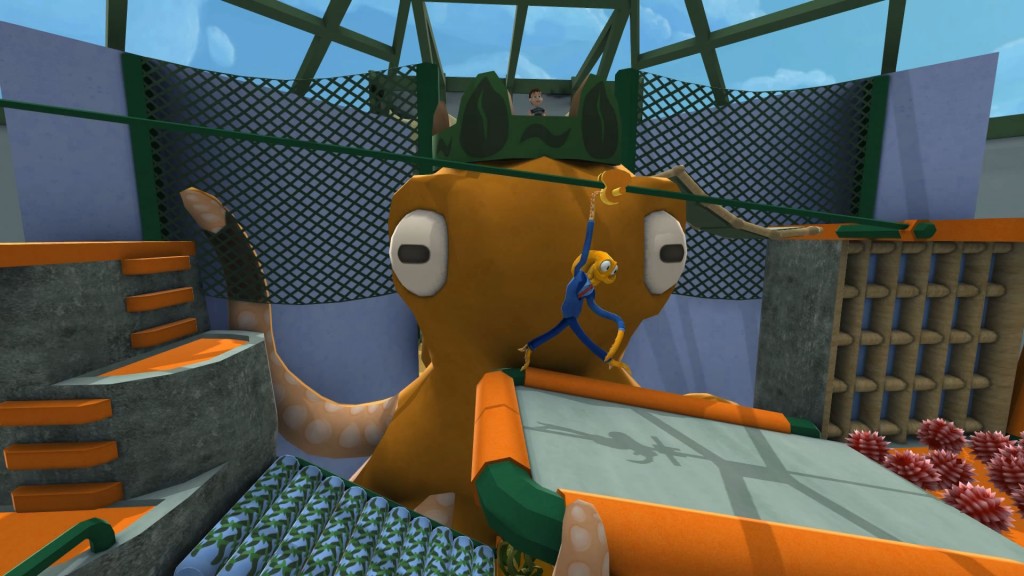 Whilst I enjoyed the whimsical mayhem of the control scheme, I was disappointed when the frustration began to outweigh the comedy about halfway through the game. Yeah, I know it looks funny every time I fall from height or slip on a banana skin but there’s objectives to complete and I just want to move on. Ok? Also, being able to grab absolutely everything around you left it really hard to pick specific objects. No, not the cereal. No, not the soda! I want the PIZZA! Eventually, I began to get the impression that Octodad was much more fun to watch than it was to play.

However, my main gripe is with the amount of content available. It just doesn’t feel like a full game. I know it’s indie developed and I know it’s not priced as a full retail package but come on! Two hours? I’d only just begun to master Octodad’s controls when the game just ended! There’s hidden neckties to be found throughout the game, but it would’ve been nice to have a more fleshed out experience. It’s actually more like an example of a promising physics based comedy or an early teaser for a bigger project. Add to that a mediocre performance on Wii U where the frames literally dipped to a slideshow in one particular area, and the fact that there was no effort to incorporate the systems exclusive features and we’ve got a version of the game that’s really difficult to recommend.