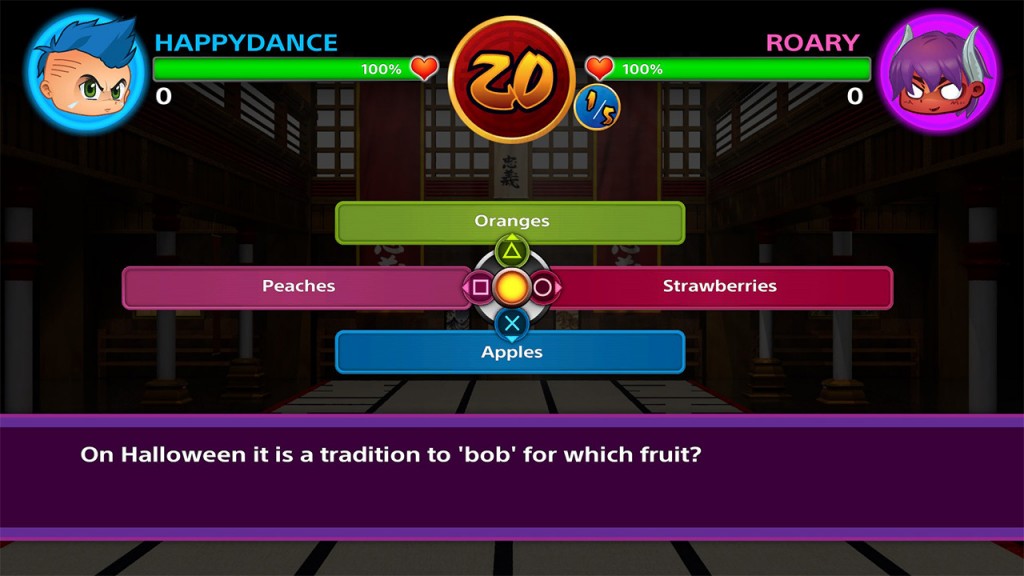 Considering the amount of times I get Buzz out for my old PS3 I’m still surprised by the lack of quiz games across all the formats. So with some excitement I was happy to come across Battle Trivia Knockout. Being a 3 time quiz show contestant means I think I know all the answers when in fact I don’t, but in the meantime I’ll pretend I do!

Battle Trivia Knockout is a head to head fast paced trivia title where you simply try to knock a player out via a variety of quiz based games. There are over a 1ooo questions to contend with. Four players are required to play whether that’s a mixture of 4 local players or 2 CPU’s. The format for each ‘section’ is made up of 2 semi-finals, the winners face off in the final. At the end (if all 4 games are played) a champion is crowned. 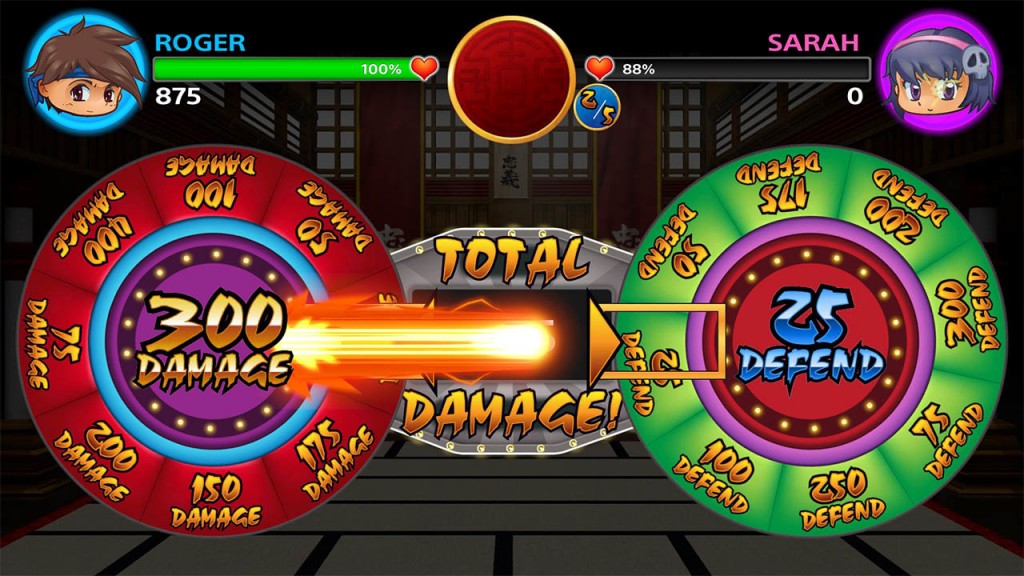 There are four playable modes. One follows the Wheel of Fortune mechanic, you answer a question then spin a wheel that deals damage. Answering question gets you points whilst it’s possible to knockout the opponent if you deal enough damage via the wheel. The second mode has you flipping tiles after you answer a question, tiles either give you points or deal damage. The third mode is a tug of war literally, you’ll be presented with four answer you choose which one is right, if the other player also chooses it then you both have to repeatedly press the button to have it as your answer! The fourth mode is something you would have had prior experience if you had played Buzz, you bet points before you know what the question is, this definitely highlights who the big point players are, but it is a mode where you may have already won long before the final questions because of the points you’ve already gained. However in one instance the CPU player was so far ahead that they could have bet and lost the lowest amount to beat me, they bet the highest amount and lost thus giving me the win……..a tad weird but hey a wins a win! All the modes work well even though you may be left with the impression that the CPU player always seems to have the advantage when it comes to a tug of war!

The main issue that hinders Battle Trivia Knockout is the lack of longevity. Each mode is only 5 questions long, so if you play the full game that’s a max of 40 questions you get to answer if you qualify for each final, if you go out at the semi final stage then it’s only 20 questions. Due to the fast paced nature of Battle Trivia Knockout it doesn’t take long to complete, once you do then the only thing to attract you back is if you find someone else to play again. The lack of an online multiplayer in this day and age really does restrict a game, that’s definitely the case for Battle Trivia Knockout. It’s also quite rare to knock someone out, if you get the majority of your questions correct then you may still lose but you won’t get knocked out. 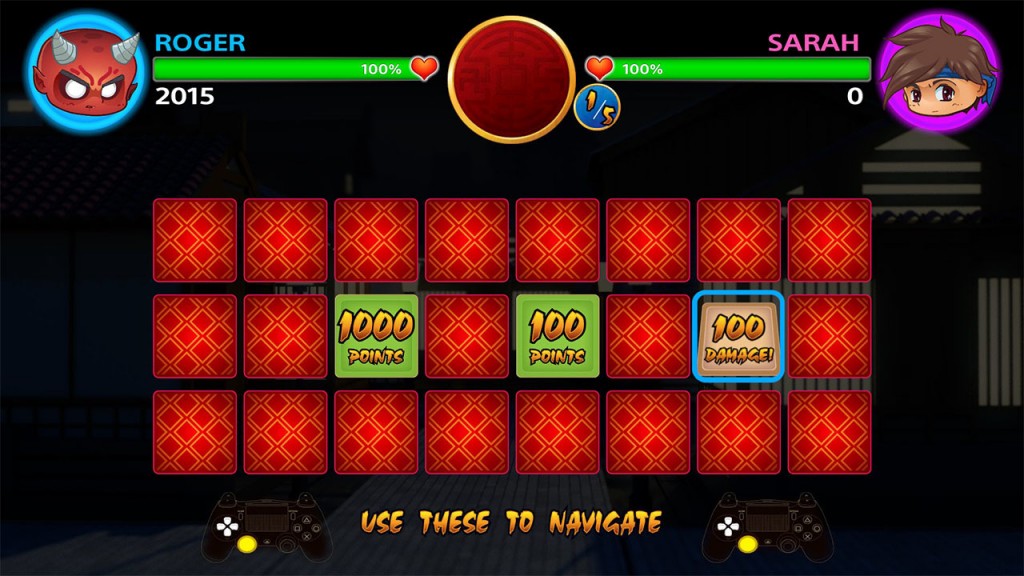 The graphics are very bold and simple, following a Chinese theme. Battle Trivia Knockout delivers a simple game with good presentation. The questions are clear and concise whilst the playable characters are quite charming. The audio matches the visuals, the questions and dialogue continue with the Far Eastern theme, luckily for Battle Trivia Knockout it doesn’t get annoying at any point and suits the atmosphere.

Battle Trivia Knockout works well as a simple quiz game, it’s a shame there are not more modes on offer or no online play, both features would have increased the longevity no end. It’s also disappointing to find it’s only playable for 1 – 4 players. Battle Trivia Knockout is a fun experience and quite unique in its presentation, but it just lacks that depth that is needed for a quiz game to truly succeed. More The Weakest Link than Who Wants to be a Millionaire, but Battle Trivia Knockout is In it to Win It & far from being Pointless to play.