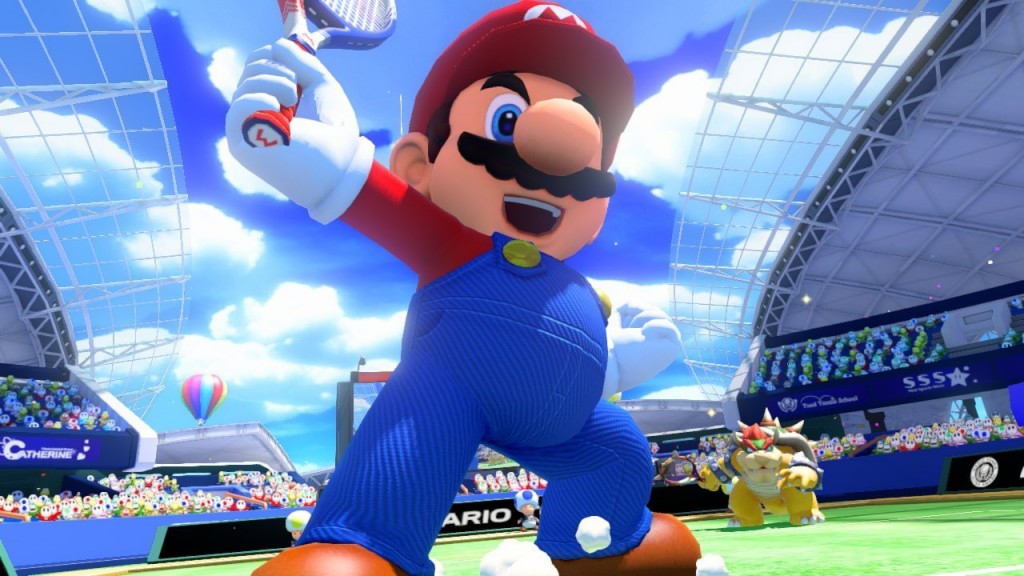 There are no two ways about it – the Wii U is on its last legs. You only need to look at the Wii U’s rather paltry Christmas line-up to know that emphasis at the big N has now shifted almost exclusively towards next year’s NX reveal. With Zelda Wii U moved into 2016 (if it ever makes it to Wii U that is) and Star Fox Zero delayed until April, the Wii U is almost entirely reliant upon its back catalogue of admittedly largely fantastic first party output to shift units this holiday season. Saying that, despite the lack of a traditional big hitter, the Wii U isn’t without new games.

While the Mario Tennis series has never been a system seller, and yes, despite the fact that it has been a little bit rubbish for the past few generations, those who have played the brilliant N64 original or either of the fantastic Game Boy Colour or Game Boy Advance versions of the game will tell you that, when at its best, Mario Tennis is one of the finest, most enjoyable sports games that money can buy.

A lack of content due to what was clearly a rather rushed development cycle ultimately keeps this game from reaching the heights of some of its more revered predecessors, but in terms of pure gameplay, Ultra Smash might just be the most enjoyable tennis game that Camelot Software and Nintendo have ever developed.

Sadly, as good as the game might be out on the court, there is no getting around that severe lack of content. With only four game modes to speak of, no mini-games whatsoever, no story driven single player campaign (as per those found in the largely brilliant handheld iterations), and little in the way of online options, Ultra Smash is a depressingly threadbare experience. There is amiibo functionality, but it’s basic at best, and while solid enough on paper (power up a partner to play with you ala Super Smash Bros.), in practice, it’s hard to tell whether your efforts make any difference to the quality or playstyle of your amiibo powered doubles partner. 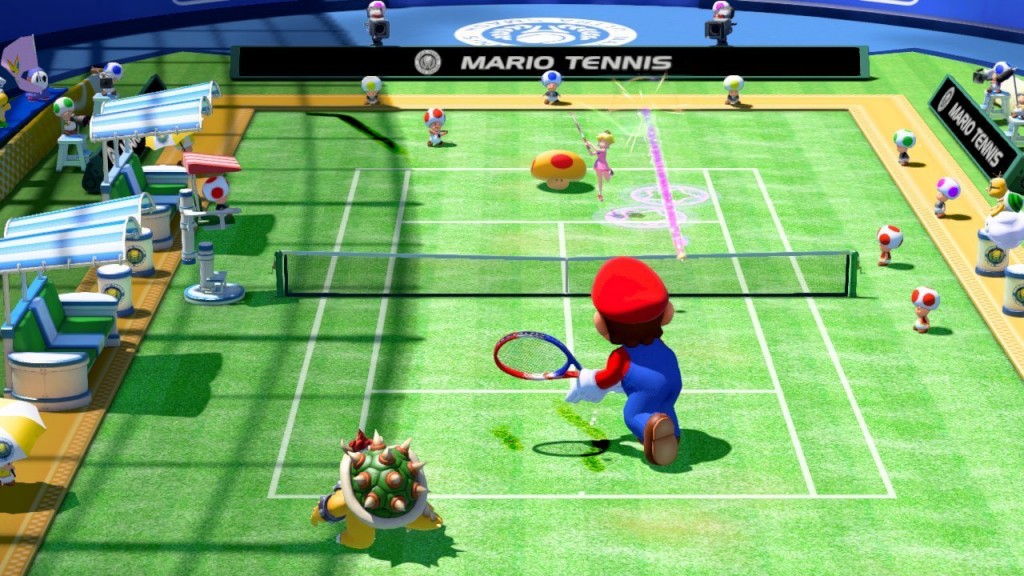 Still, while the lack of content is an undoubted downer, the gameplay itself is often fantastic, and with the option to choose between the power-up heavy madness of recent releases and the more simplistic, skill-based gameplay of the N64 original, Ultra Smash offers up the best of both worlds.

The last few games in the series have been far from bad, but the move towards excessive power-ups has slowly overshadowed and ultimately enveloped the quality of the series’ underlying gameplay. Always good as a party game, the Wii and GameCube versions of Mario Tennis nonetheless lost that competitive edge thanks to an overemphasis on randomly generated power ups and super abilities. Those abilities are still here, with even more added in the form of the absurd Super Mushroom power up, but with ‘Classic Tennis’ available right from the off, those looking for a more traditional tennis experience, only y’know, with Mario and stuff, are treated to what is essentially a HD remake of the N64 original. There are still a handful of power ups available in this mode, but even these can be removed if you switch onto the ‘Simple’ setting which also removes chance and jump shots, thus leaving you with what is essentially, Virtua Tennis with Nintendo characters.

Basically, however you want to play the game, your style is catered for here. Whether it be the tactical drop shots and nuanced slices of traditional tennis or the power-up infused madness of recent releases, Ultra Smash has got you covered thanks to its exemplary on court gameplay. Sure, genuine skill is rendered all but irrelevant by the newly added mega mushrooms, but switch over to Classic Mode and you’ll soon be reminded of just how nuanced the underlying gameplay really is. It’s hardly sim territory, but its sunny exterior belies a surprisingly refined core experience.

Simply put, as long as you’ve got friends to play with (preferably via local play), Mario Tennis: Ultra Smash is just about everything one might have reasonably wanted from a current-gen Mario tennis release, but single player, that’s reliant upon game modes, and, well, there simply aren’t enough of them, and the ones that are here just aren’t entertaining enough to warrant extended play. 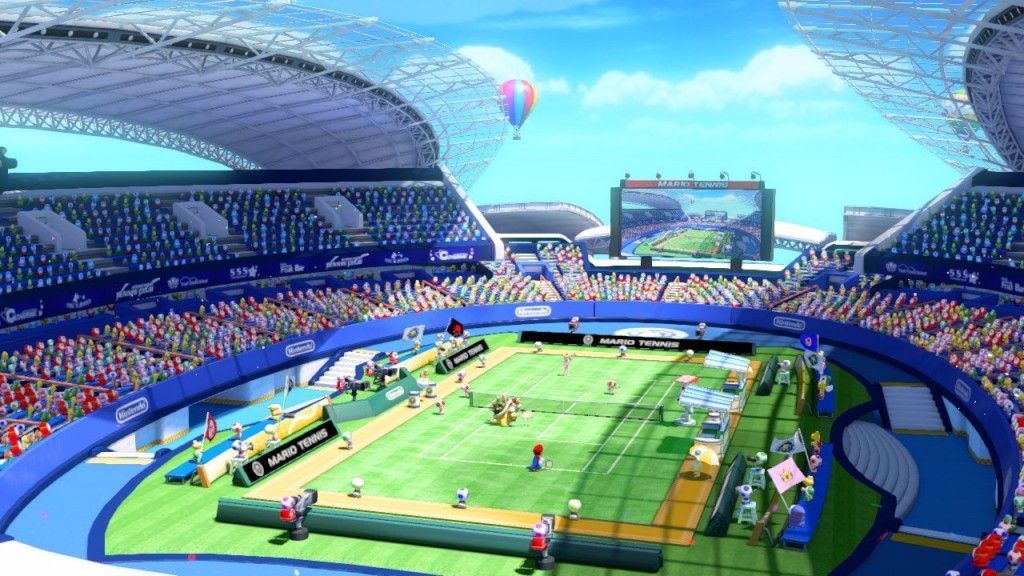 The big new addition, Mega Battle, is entertaining in small doses, but the mega mushrooms that turn you into a giant version of yourself really provide little more than a visual gimmick that adds nothing to the actual gameplay. The additional modes, Knockout Challenge and Mega Ball Rally are much the same, offering up little more than brief distractions and falling a long way from delivering a genuinely compelling single player experience.

Despite the fantastic presentation and brilliant on court gameplay, those looking for a solid single player experience can confidently ignore this entertaining but criminally undercooked offering. Those looking for a multiplayer oriented throwback to the N64 glory days however should really think about picking up what is undoubtedly amongst the most enjoyable local multiplayer games of the entire year. Some will struggle to look past the lack of content, and rightly so, but when played with friends, be it in the more realistic Classic Mode or the genuinely bonkers Mega Battle mode, it’s hard not to be won over by Mario Tennis: Ultra Smash’s top quality gameplay.