Home
/
Blog
/
Is Fallout 4 Getting a Free Pass?
Share Review 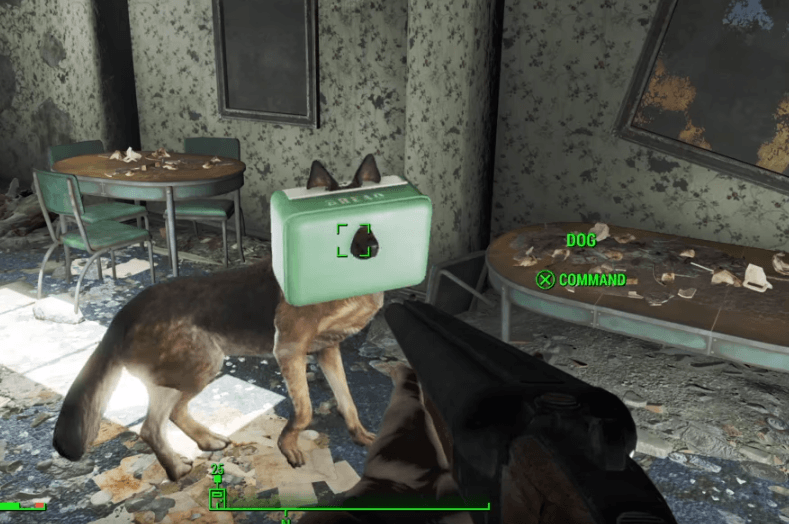 I’ll admit, I’m not the biggest Fallout fan; despite its many positive aspects, like its predecessor, I’m finding it hard to see past Falout 4’s often buggy design, so-so visuals and horribly cardboard looking (and sounding) NPCs. These are of course personal opinions but…..wait a tick, they’re not personal opinions at all – they are fact. Well, one of them is anyway. Whatever your views on the other aspects of its design, there is simply no getting around the fact that Fallout 4 is an undeniably and unequivocally buggy mess.

I get why people love the game and I’m not here to criticise its gameplay, world or visuals, but man, those bloody bugs. I appreciate that Fallout 4 is a huge open world with a myriad of moving parts and an array of complex systems, but come on, are we going to keep letting Bethesda get away with this? The answer it appears is yes.

Why though? Why does Bethesda appear to get a free pass from the vast majority of gamers while somebody like Ubisoft are thrown mercilessly under the bus when one of their own games doesn’t hit the technical benchmark expected by the vast majority of the gaming public?

Yes, Assassin’s Creed: Unity had its fair share of issues, but I’d argue that it’s problems pale in comparison to those found in just about any Bethesda release (including Fallout 4). Patches and fixes are of course all part of modern gaming, but a line has to be drawn somewhere in the sand to keep developers in check. And while a line has been drawn to a certain extent, that line appears to be in a very different place depending on who has developed the game in question.

Is it a matter of ambition? Does Fallout and Skyrim’s huge open world make technical inconsistencies easier to forgive? Perhaps it’s the nature of the bugs. Sure, some of the more harmless technical glitches found in the likes of Fallout 4 can be unintentionally very funny and could even be said to add to the games’ somewhat janky charm, but what about those game crashing bugs, the kind that see hours of content lost? I don’t find those very funny at all, but again, despite the issues, all appears to be forgiven.

Would EA get away with these kind of technical issues? Regardless of the game in question, if EA developed or published a big open world game with this many problems, would the internet be as forgiving or patient? Would it bollocks. EA would be crucified for releasing an unfinished, buggy game, so why is it acceptable here? Fan of Fallout or not, should we really be letting this slide? I appreciate that modern video game development is an incredibly complex process and that getting a perfect product out of the door is an incredibly trick proposition, but again, there needs to be a line. I’m not against leeway of course, but I am for a relatively consistent expectation of what is and isn’t acceptable of a full priced retail product. 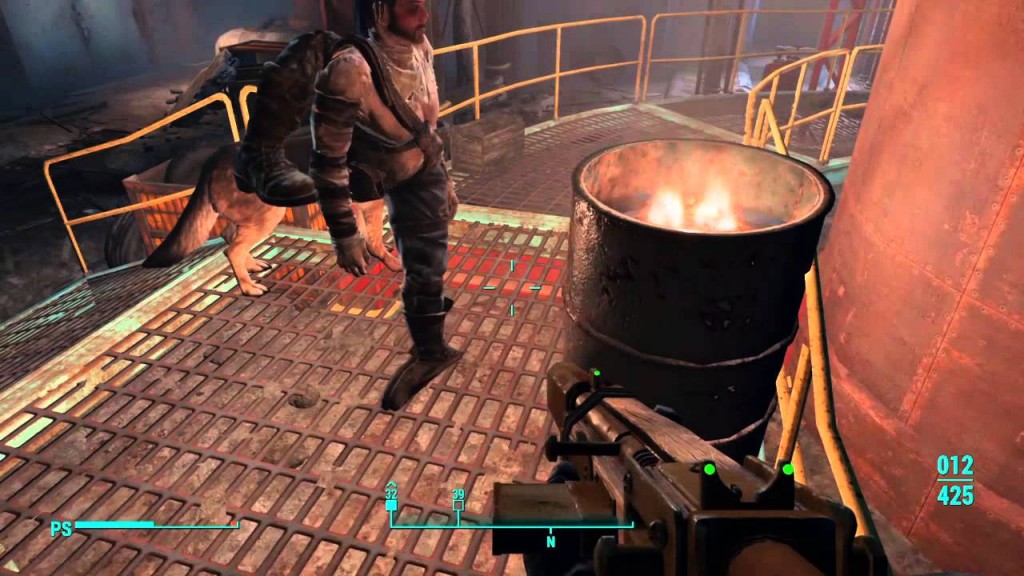 That expectation will inevitably change to a certain degree depending on the game in question, but why should it change depending on the developer? I’ve heard a lot of fans defending Fallout 4’s issues based upon the inevitability of upcoming patches, but again, this simply shouldn’t fly – it doesn’t elsewhere and it shouldn’t here. Bethesda’s ambition should obviously be applauded, but I’m not for the free pass mentality that appears all but unique to their work. I have no doubt that the quality of the game and the enjoyment that people derive from it certainly plays a part, but we can’t go having double standards for an industry that really needs to be kept in check (now more than ever). Games should be finished in time for release, and while I have nothing against the ongoing evolution of a product post-release, what is there on day one, what is available on the disc for those who make that financial first day leap, should, if nothing else, work.

The most surprising thing to me however, is not that so many gamers are letting the apparently unfinished state of Fallout 4 slide, but that reviewers are doing it too. If anything, reviewers are even worse, and again, while I don’t want to criticise personal opinion (our very own Luke Ladlee and Steven Dutfield scored it 9/10 and 10/10 respectively), I am nonetheless surprised that the technical issues haven’t had a greater effect on the subsequent review scores. Yes, the gaming public is being too lenient on Fallout 4 in my opinion, but that doesn’t mean there aren’t a multitude of unhappy gamers voicing their opinions online – just take a look at the user review scores on Metacritic or check out any number of forums or comments sections and you’ll find plenty of disgruntled gamers. There are still too many playing the, “but it’s Bethesda” card for my liking, but hey, what are you gonna do? The reviews though, they are almost universally positive. Again, there are a few out there that acknowledge Fallout 4’s array of technical issues, but far too many seem happy to sweep all of those problems under the rug. Again, why? Is it a simple love for the series? Do Fallout 4’s other more positive qualities completely outweigh the negative aspects of the game? Personally, I don’t see how that can be the case (especially given the fact that the technical issues are far from the only problem with this game), but heck, there has got to be a logical reason for all of this bug-based blindness going on. 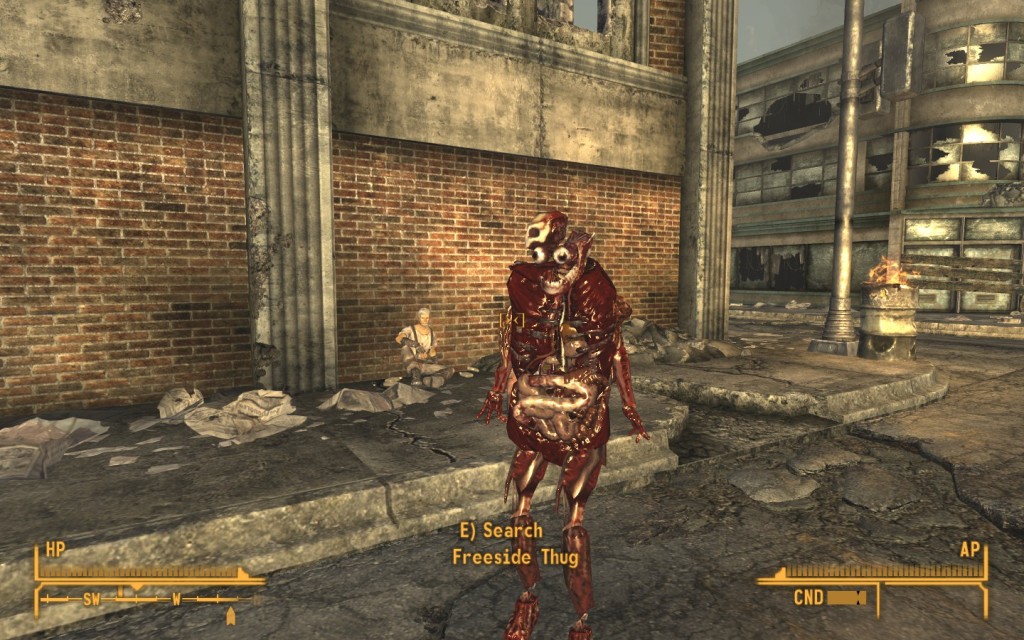 Of course, there is nothing wrong with loving a game that you enjoy (one that clearly does a lot of things very well), but as a reviewer, surely you can’t justify giving this game a free pass. More and more sites are delaying their reviews so that they can judge an experience and product under the same conditions as the general public, so why, if so many sites are going to these lengths to review video games as comprehensively as possible are they being so tolerant of the prevalent and abundant issues found here? I’m not saying that Fallout 4 is a bad game of course, (far from it), all I’m saying is that I don’t understand how so many sites can score this game a 9 or 10 when its problems are so vast and easy to pick out. I understand how a genuinely fantastic gaming experience can transcend technical issues and that a bug in one game won’t necessarily be as detrimental as it is in another, but quality and ambition, loyalty and love aside, if we are to ensure that future video games are delivered in a finished, polished and acceptable state, then we are going to have to stop letting Bethesda and other developers from getting away with delivering what are clearly unfinished products.