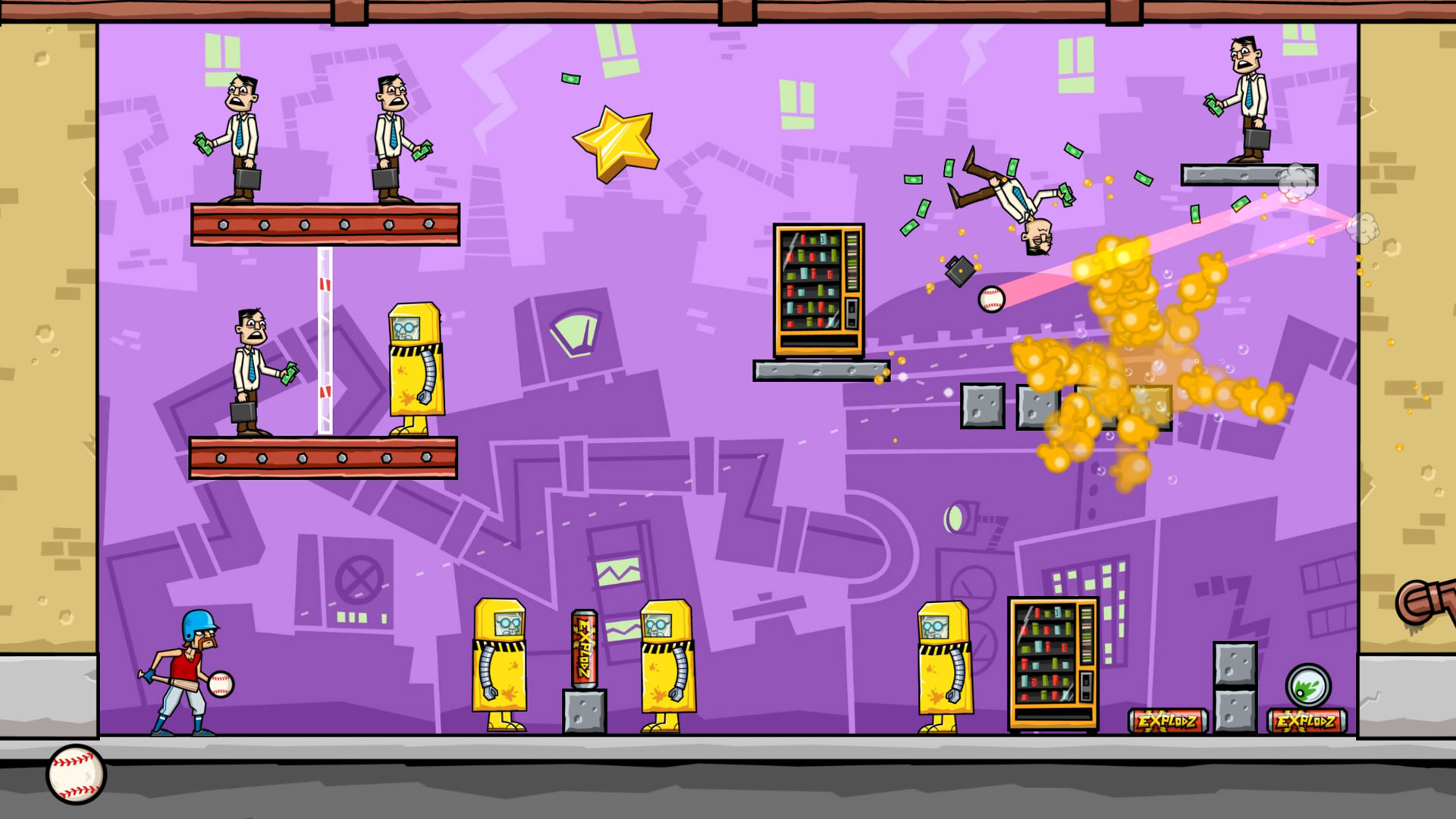 I reviewed 10tons, Tennis in the Face not too long ago, and honestly, that review is all but interchangeable with this one. Not because I’m lazy or anything, it’s just that, well, Tennis in the Face and Baseball Riot are basically the same game. Same visual style, same mechanics, same scoring system…….different bat?

Yeah, that’s about it; other than replacing a tennis racquet with a baseball bat and making a few insignificant amendments to the limited and completely inconsequential story, this is basically more of the same. It’s kind of like the Angry Birds Seasons to the original Angry Birds; other than a few minor aesthetic changes and a very slight modification to the scoring system, this really is much the same as it was back in 2014.

That’s not necessarily a bad thing though. Yes, those who blitzed the 100 odd levels found in Tennis in the Face might be too fatigued with the largely unchanged core mechanics to really bother this time around, but for anyone new to the series (if you could even call it that), Baseball Riot, like its predecessor delivers a cheap, enjoyable and largely addictive alternative to Angry Birds, one that, while lacking the overall polish of Rovio’s all conquering avian puzzler, arguably delivers a faster paced and slightly less luck-based experience. 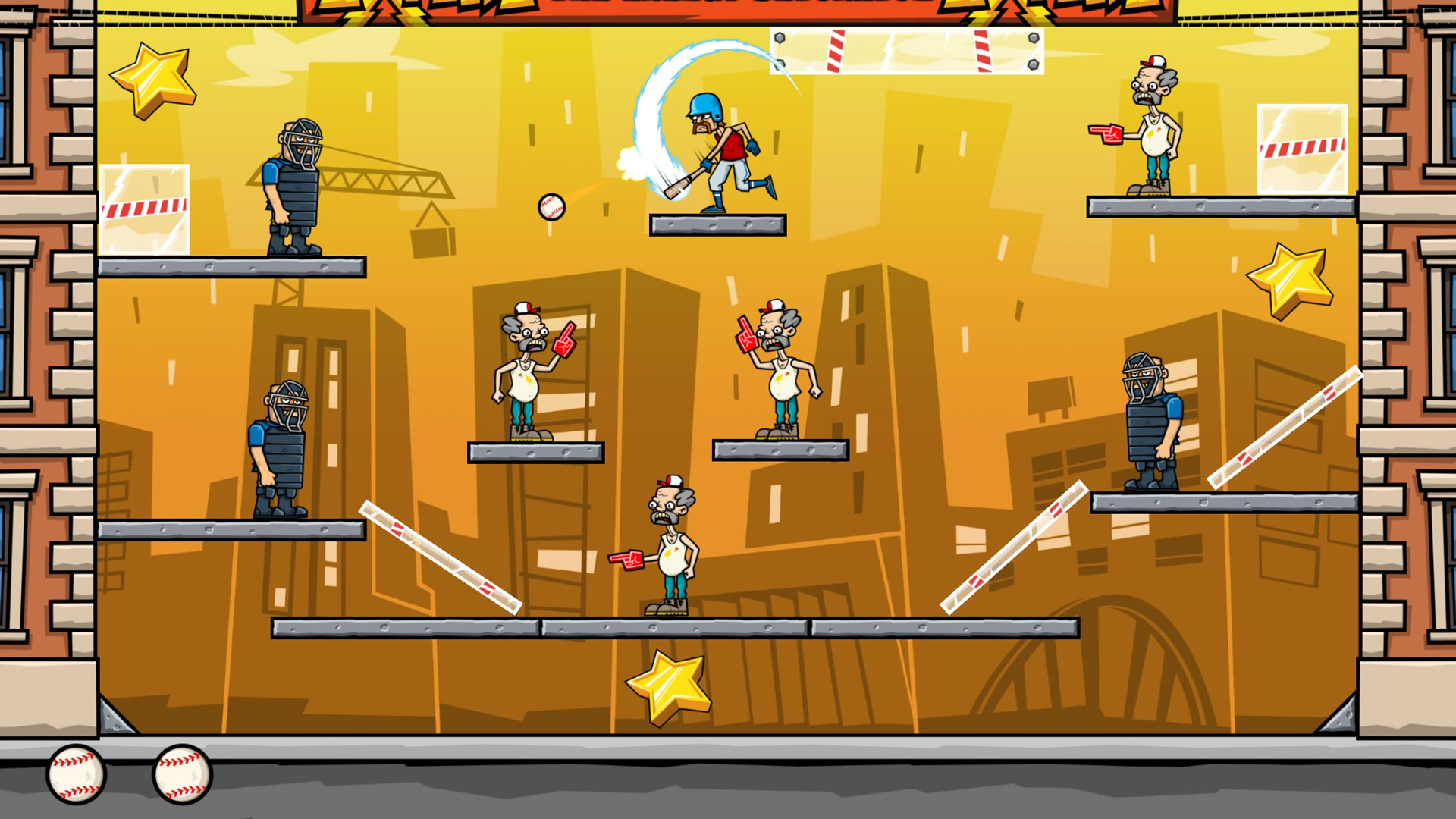 With an all new (but largely the same) cast of baseball inspired, Explodz crazed enemies, you are charged with taking down as many of the energy drink consumed lunatics in as few hits of the ball as possible. You see, rather than a collection of birds, you are given a number of baseballs that you must angle to take out the baseball fans, fielders and umpires strewn about each of the 100+ fixed-screen stages. Simply completing a stage is rarely too difficult, but like the majority of games of this ilk, getting that elusive 3 Star rating is a much more challenging experience.

Unlike the previous game, the chase for stars isn’t as optional as it once was with progression now intrinsicly linked to the number of stars in your possession – essentially, basic completion of a stage will now only get you so far. Some might find that to be somewhat annoying and perhaps even counterintuitive given the relatively casual nature of the experience, but honestly, asking you to go that extra mile every so often doesn’t feel especially unfair, and if nothing else, actually encourages the player to go beyond the most basic of level completion requirements. 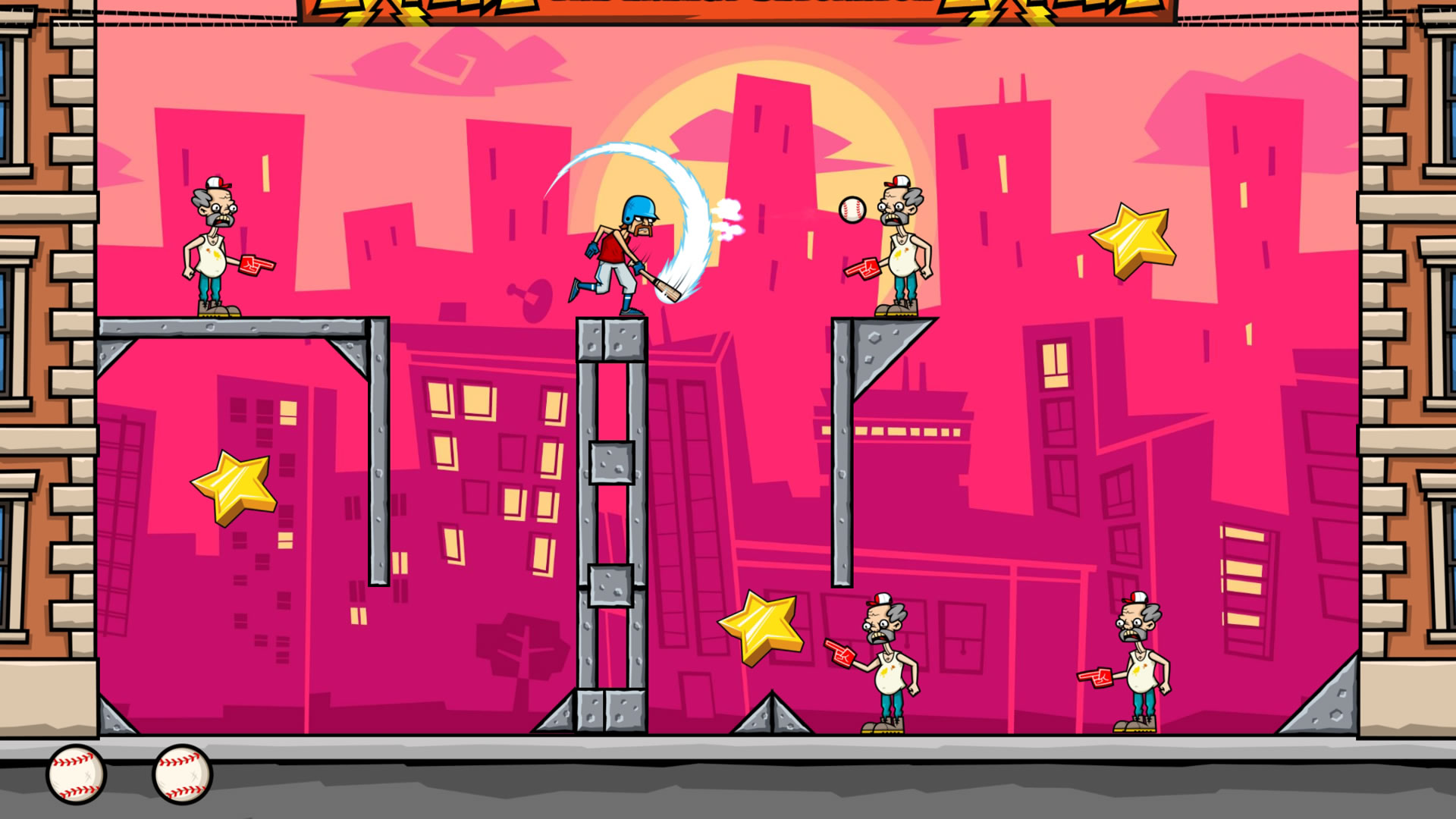 While once again extremely similar, the inclusion of increasingly complex enemies does give this game a sense of longevity beyond the simply fact that it has 100+ increasingly difficult stages to get through. From fans to fielders and umpires to catchers, enemies with unique defensive abilities help to keep what is a fundamentally repetitive experience surprisingly fresh. The core gameplay might never change, but smart level design does at least ensure that you’ll have to plan your shots increasingly carefully if you are to get anywhere near that fabled 3 star reward.

Baseball Riot might be too similar to its predecessor, and with the much needed online scoreboards missing once again, you can’t help but think that 10tons have missed a trick. Still, despite its limitations and the somewhat painful sense of déjà vu that it will inevitably inspire in anyone familiar with Tennis in the Face, Baseball Riot nonetheless remains an entertaining, addictive and incredibly well made experience. It’s unlikely to knock Angry Birds of its perch, but again, as a faster paced, slightly more irreverent alternative, Baseball Riot and it’s very reasonably price point manages to tick all the right boxes.