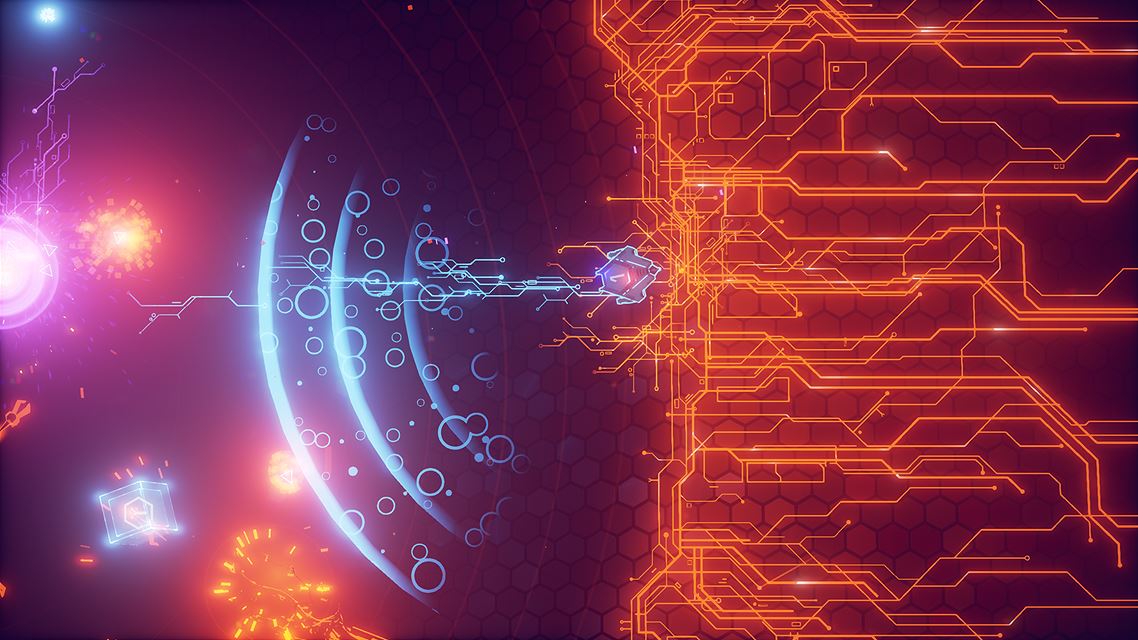 A.I.P.D. or, Artificial Intelligence Police Department is a twin stick shooter that belies its name by essentially having absolutely zero in the way of story. You would think that, with a name like that, there would be some kind of set-up to the action (I was thinking something along the lines of, Deep Space with cops, but alas, despite the title, this is just a standard, twin stick score chaser…..which is fine, because it’s largely absolutely brilliant.

Despite being developed using the Unreal 4 engine, A.I.P.D. essentially looks like a slightly flashier version of Geometry Wars. There is a bit more character to both your ship and the enemies so keen on seeing you destroyed, but this still has that wireframe, neon look going on and is subsequently unlikely to blow you away with its Unreal Engine 4-y-ness. Still, judged upon its own merits, this is a good-looking shooter with a strong if somewhat derivative art style that runs incredibly smoothly.

More importantly however, is the fact that it plays well. Really well. Not since the aforementioned, Geometry Wars have I enjoyed and been so utterly addicted to a twin stick shooter. It doesn’t bring anything particularly new to the table, but what it does, it does very well, and despite being relatively straight forward at its core, is actually home to its fair share of depth and new ideas.

The big selling point of the game is that it has like a billion different set-ups (that number might be exaggerated), but honestly, while the combinations of power-ups, buffs, debuffs and any number of additional status effects are certainly innumerable, for the most part, you’ll be happy playing the core game mode that combines all of these into a more standardised (and non-mental) playing experience. 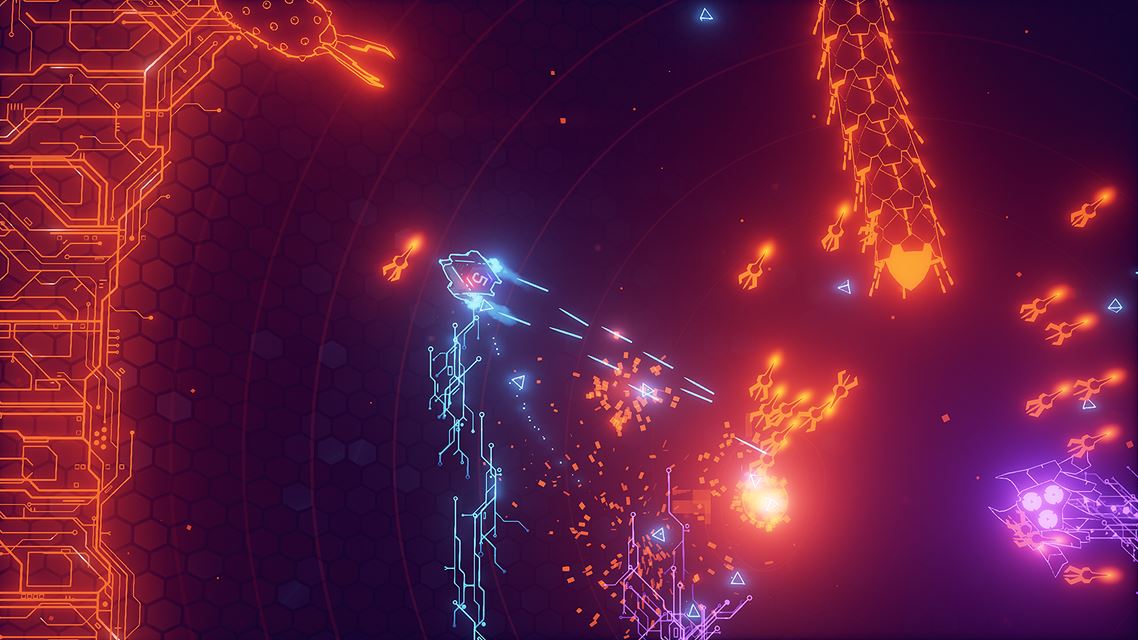 Beyond being able to create your own collection of game modes from among the wealth of options available to you, there are numerous additional standardised game modes with set-rules to play through, but again, beyond providing an enjoyable distraction, they are unlikely to keep you from standard mode for all that long. In fairness, all of these modes are more enjoyable with additional players in tow (1-4 players in local co-op), but given the erratic nature of the local multiplayer, those looking to get the best from A.I.P.D. in the long run are likely to fall back on the single player experience sooner rather than later.

From the off, A.I.P.D. seems like pretty standard genre fare; you fly around a fixed grid shooting down enemies while attempting to dodge contact with both enemy ships and their array of projectiles. The games’ unique little twists do start to become apparent very quickly though – the first of these is a heating system that briefly disables your weapons while letting off a small explosion if the limit is hit. The disabling of your weaponry is brief and the explosion minor, but in a game of such fine margins, those little moments often mean the difference between life and death and mean that you actually have to time your bursts rather than nailing down the attack button as you would in the majority of twin stick shooters.

Further to this is a weapon system that allows you to choose your own chassis and weaponry once unlocked. Each weapon and body kit has its own set of strengths and weaknesses, but you’ll soon find the combination that best fits your own particular playing style. Again, it’s nothing revelatory, but like everything else A.I.P.D., it’s another minor addition that ultimately adds positively to the overall experience. 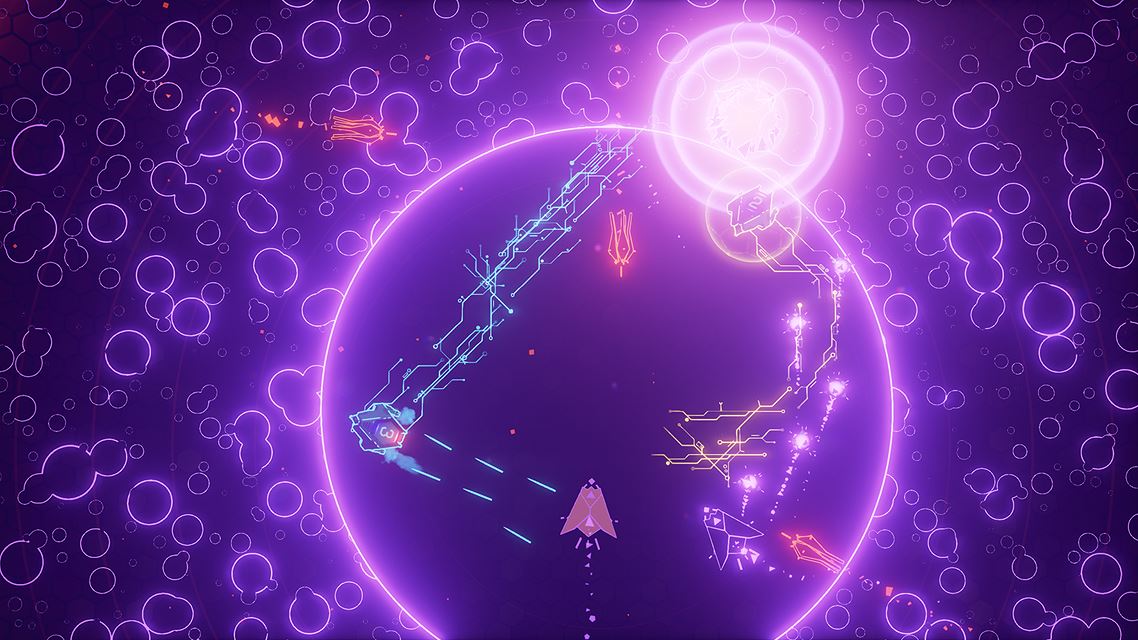 The same could be said of the of the rudimentary but essential secondary weapon system and the more interesting, but again, hardly game changing, pre-level modifiers. Between each wave, you get the option to choose one of two enemy modifiers that subsequently make each upcoming stage that little more difficult while offering additional bonus XP based upon the challenge chosen. An additional layer of risk/reward to the experience is added by the fact that the more difficult modifiers offer a stronger XP bonus for those brave enough to take them on. Honestly, I couldn’t tell you how many times I have got greedy while chasing a high score to only come a cropper on the next stage after opting for the more challenging of the two modifiers available. It’s a light form of gambling, one that successful played upon my lack of patience time and again. Stupid temptation.

A.I.P.D. doesn’t reinvent the twin stick shooter wheel, but it does add a bunch of cool little spoke decorations that make it stand out from the crowd. The core gameplay is slick and addictive, and while the additional game modes (however many millions of them there might be), are largely irrelevant in the long run, the core mode and mechanics are more than strong enough to make this a realistic twin stick successor to the long serving Geometry Wars.